Add an Event
Newswire
Calendar
Features
Home
Donate
From the Open-Publishing Calendar
From the Open-Publishing Newswire
Indybay Feature
Publish to Newswire
Add an Event
Related Categories: San Francisco | Labor & Workers
Photos From Protest In Solidarity With Wisconsin Workers
by Z
Saturday Feb 26th, 2011 5:17 PM
The whole country has been focused on the tremendous struggle going on in Madison, WI to defend public workers and the services they provide. WI Governor Scott Walker has not only faced 2 weeks of tens of thousands marching and sit-ins at the WI state capitol rotunda. He also was caught with his political pants down in a phone conversation he thought he was having with a major, millionaire campaign supporter, David Koch.

On Saturday, "Rally to Save the American Dream" events have been called in solidarity with the people of WI and to oppose budget cuts in our communities. US Labor Against the War affiliates and supporters and the New Priorities Network member groups should be there! 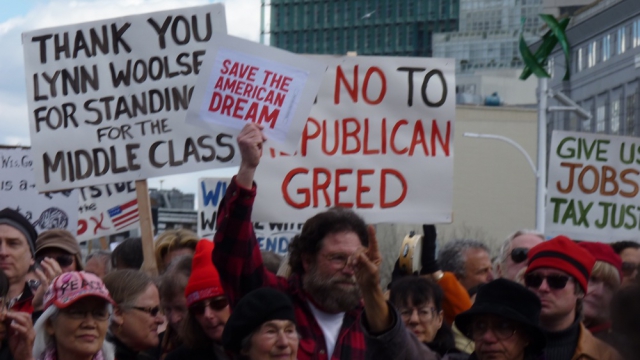 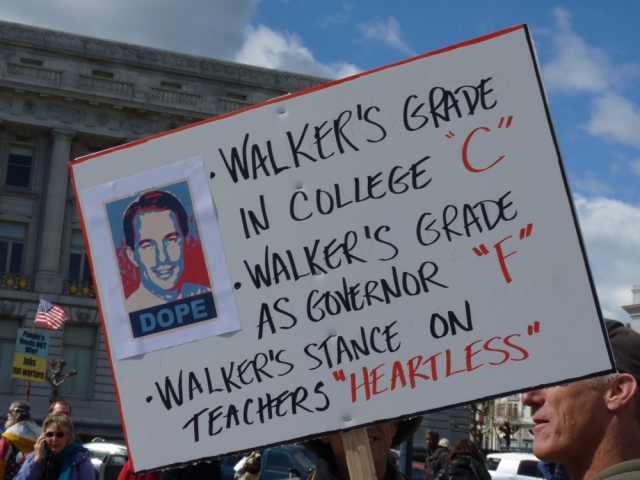 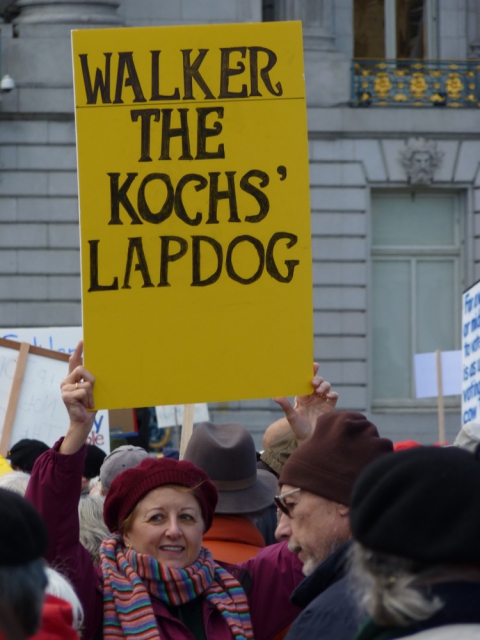 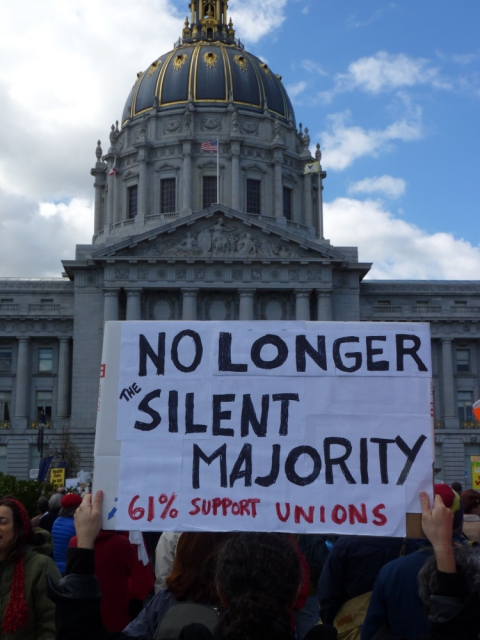 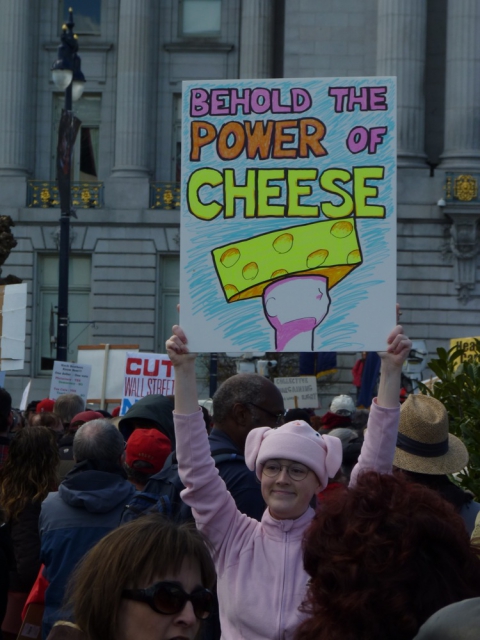 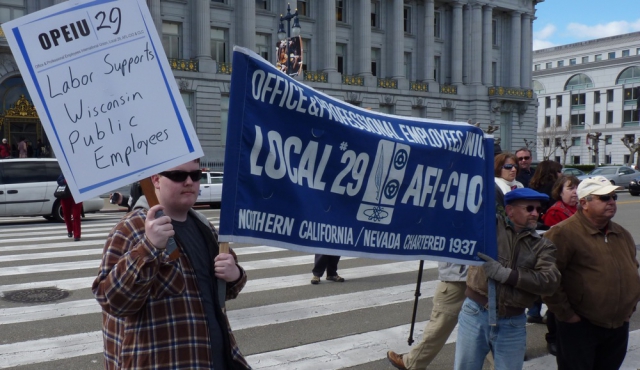 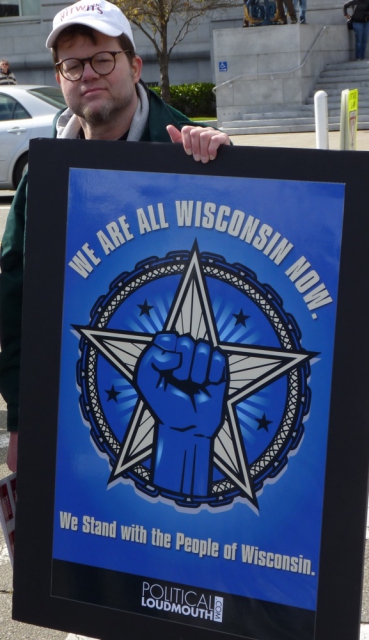 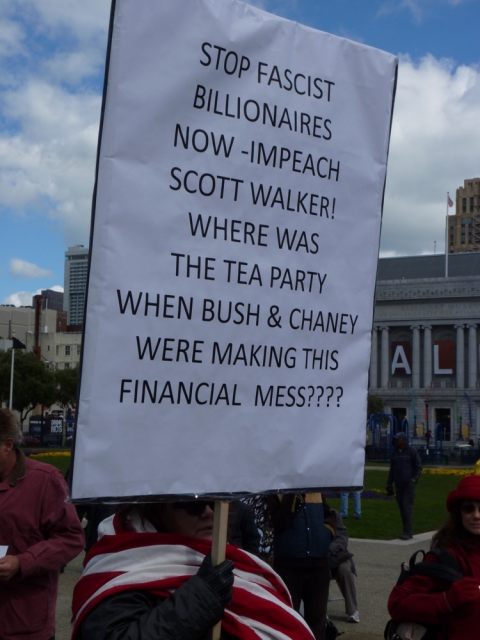 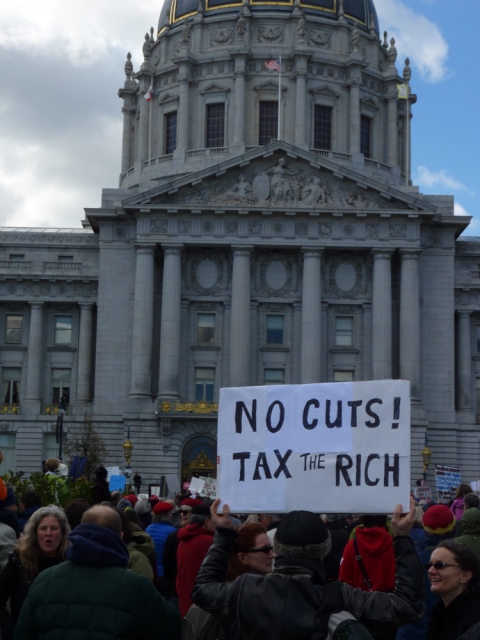 original image (750x1000)
Add Your Comments
LATEST COMMENTS ABOUT THIS ARTICLE
Listed below are the latest comments about this post.
These comments are submitted anonymously by website visitors.