Add an Event
Newswire
Calendar
Features
Home
Donate
From the Open-Publishing Calendar
From the Open-Publishing Newswire
Indybay Feature
Publish to Newswire
Add an Event
Related Categories: Central Valley | Labor & Workers
Stop Union Busting In Wisconsin!CA Workers In Sacramento Protest Attacks On Public Workers
by Labor Video Project
Wednesday Feb 23rd, 2011 11:33 PM
More than 2500 workers from mostly Northern California rallies at the state capitol in Sacramento to protest the union busting attack on public workers in Wisconsin. They also spoke about the attacks on their conditions as well in California. 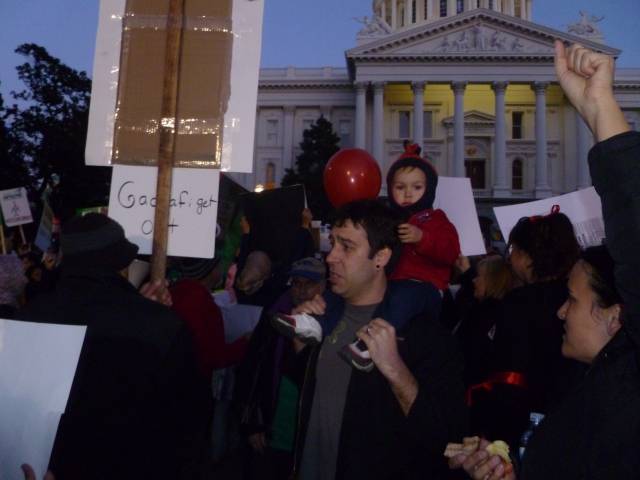 original image (4320x3240)
On February 22, 2011 more than 2500 workers and supporters of
public workers rallied at the the state capitol in Sacramento to protest a
frontal attack on collective bargaining and the right to a union in Wisconsin.
It included union members and officers from AFSCME, UPTE, CTA, IBEW,
SEIA, CNA, USW, ILWU, UFCW, Teamsters and other unionists as well as unorganized
workers.
Production of Labor Video Project laborvideo.blip.tv http://www.laborvideo.org 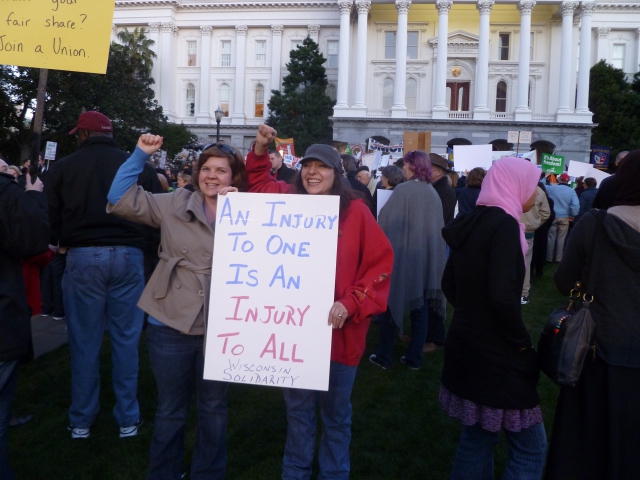 original image (4320x3240)
Solidarity is building with Wisconsin public workers and against this open union busting attack.
http://blip.tv/file/4806960
Add Your Comments
LATEST COMMENTS ABOUT THIS ARTICLE
Listed below are the latest comments about this post.
These comments are submitted anonymously by website visitors.