Add an Event
Newswire
Calendar
Features
Home
Donate
From the Open-Publishing Calendar
From the Open-Publishing Newswire
Indybay Feature
Publish to Newswire
Add an Event
Related Categories: Santa Cruz Indymedia | Government & Elections
Demo Outside Deficit Commissioners' Speech in Monterey
by Mei Bo Chan
Tuesday Feb 22nd, 2011 3:33 AM
Erskine Bowles and Alan Simpson...Both of these men are extremely wealthy and can afford to live out their retirement in luxury, yet they continue to attack Social Security, the program that working people paid into and rely on. They have admitted recently that Social Security is NOT responsible for the deficit. So why are they continuing to talk about dismantling it? Demonstrators in Monterey, California asked just that question as they defended Social Security outside the Panetta Institute on President's Day 2011. 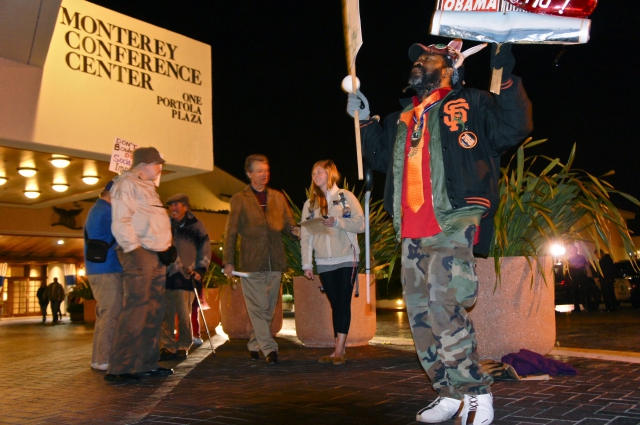 original image (3344x2224)
Last summer, in a letter responding to criticisms against him from the Older Women's League, Alan Simpson wrote, "Yes, I've made some plenty smart cracks about people on Social Security who milk it to the last degree. You know 'em too. It's the same with any system in America. We've reached a point now where it's like a milk cow with 310 million tits!"*

Simpson's comments make us wonder about his claim that he is trying to "protect" Social Security. Despite an apology (of sorts) for his statement, he made it clear that he has no idea what working people really live like.

Here are the facts:

• The average for older women receives approximately $11,000 each year.

• If the Commission decides to cut these benefits, older adults, widows, children who have lost their parents and people with disabilities will suffer.

**Facts on Social Security from the Older Women's League. 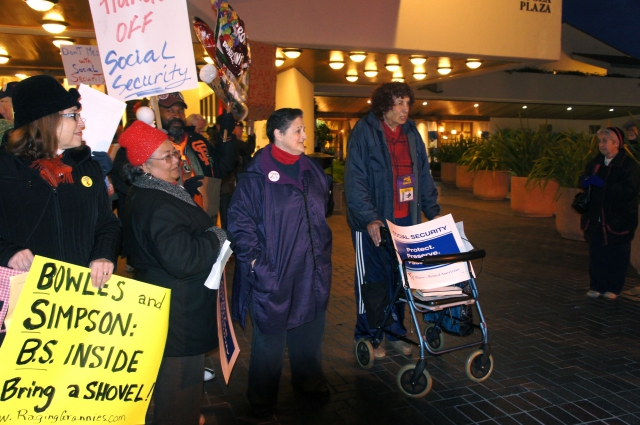 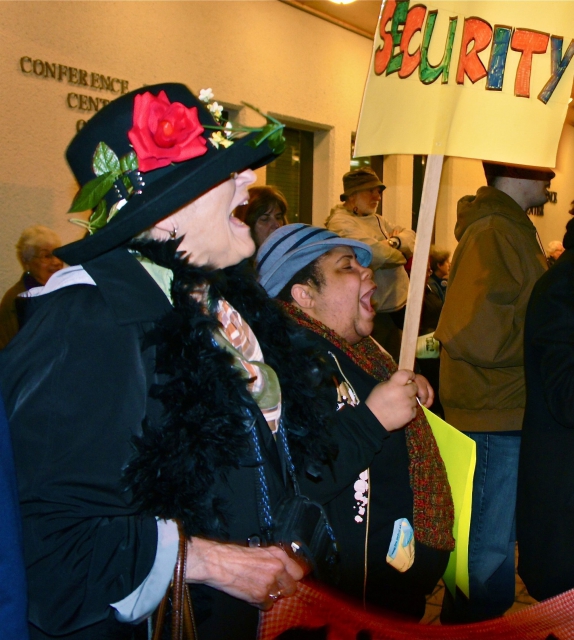 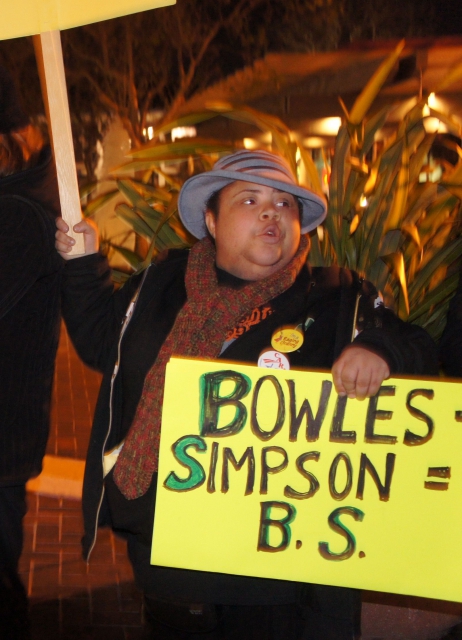 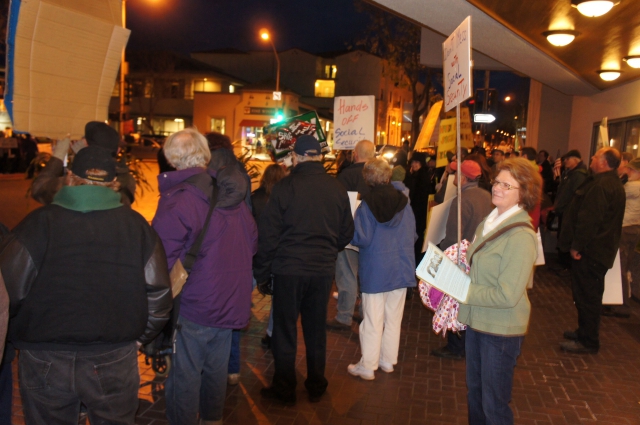 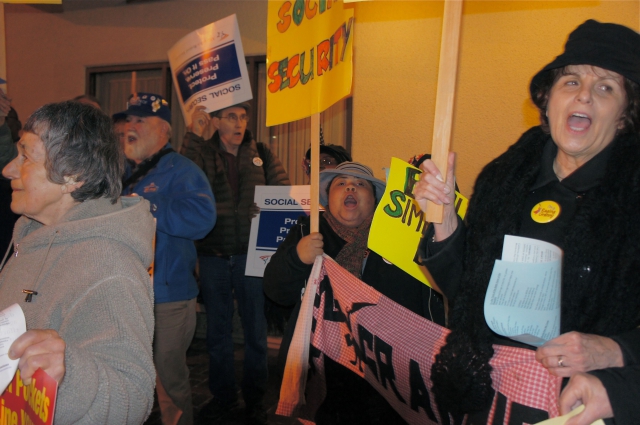 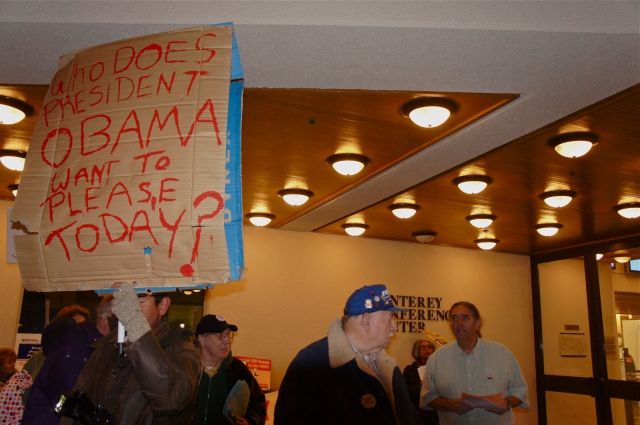 original image (3344x2224)
Demonstrators said they plan to hold Obama to his promise to keep Social Security Safe from plans like those of Bowles and Simpson; some were obviously worried.
§A sign
by Mei Bo Chan Tuesday Feb 22nd, 2011 3:33 AM 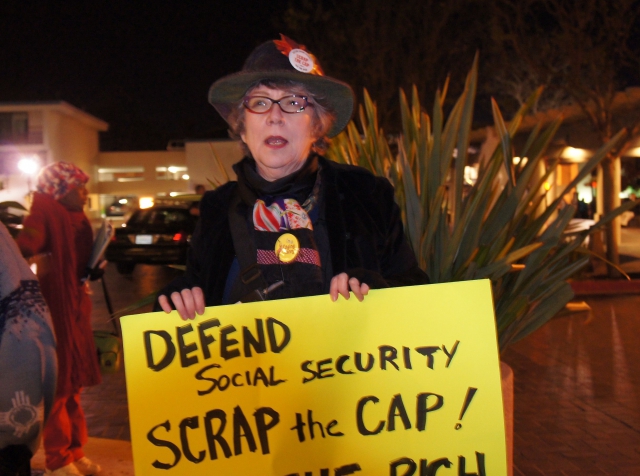 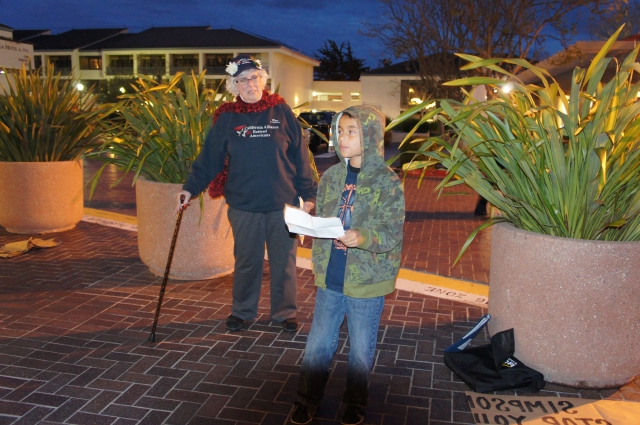 original image (3344x2224)
Young and old say "Save Social Security for Now and For Always".
§Michael Lyon of the Gray Panthers addresses the demonstrators
by Mei Bo Chan Tuesday Feb 22nd, 2011 3:33 AM 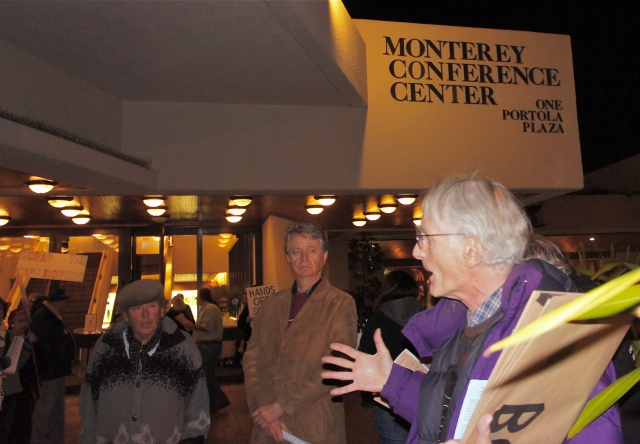 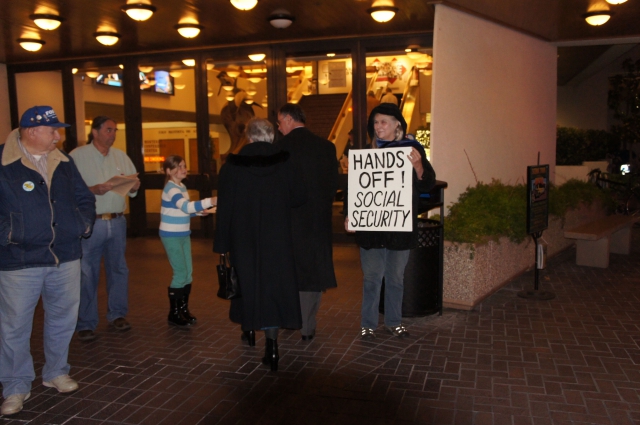 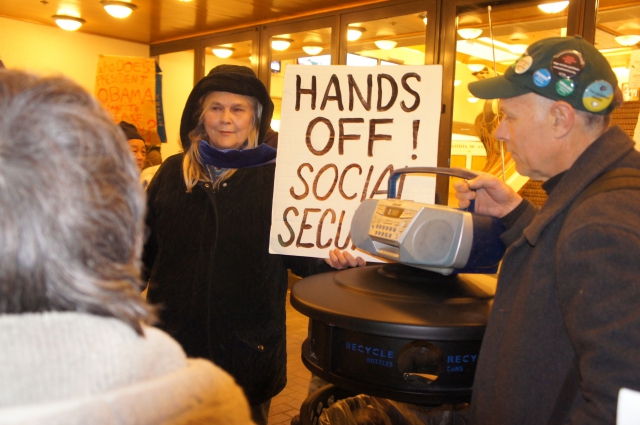 original image (3344x2224)
as the speech began inside, demonstrators listened via radio
Add Your Comments
Support Independent Media
We are 100% volunteer and depend on your participation to sustain our efforts!