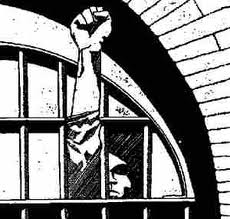 at SubRosa, 703 Pacific Ave.
(donations requested, no one turned away)

In June 2010, G20 leaders met in Toronto, Ontario. Anarchists were a fierce presence in the streets during the summit. On the first day of the G20, a breakaway march in downtown Toronto left behind a path of shattered glass and torched police cruisers. Eighteen people are charged with organizing resistance to the summit. Some are accused of being part of Southern Ontario Anarchist Resistance (SOAR), as well as other groups.

The Guelph Anarchist Black Cross will be in Santa Cruz to give updates on the G20 legal cases and information on how to support them.

About: The Guelph Anarchist Black Cross Collective is committed to confronting the state, capitalism, colonization, and all forms of exploitation. The function of prisons is inherently codependent with these forces, for neither can exist without the other. We see prison as a daily threat, also manifesting in all aspects of society through surveillance, isolation and repression. We want to contribute to a struggle against prisons, and the world that needs them.
END_OF_DOCUMENT_TOKEN_TO_BE_REPLACED
Added to the calendar on Mon, Feb 21, 2011 9:52PM
Add Your Comments
Support Independent Media
We are 100% volunteer and depend on your participation to sustain our efforts!