Hiding In Plain Sight - A Solo Exhibition by Hasan Elahi 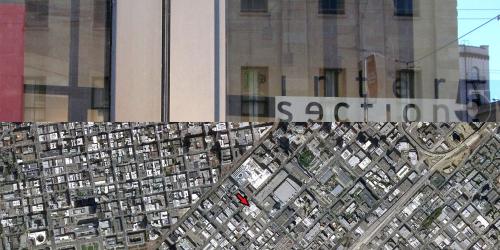 Hiding in Plain Sight, the first exhibition of multimedia artist Hasan Elahi's work in San Francisco, is the latest installment of a much larger project, Tracking Transience, which began in 2004 and continues today. Falsely accused of involvement in the 9/11 terrorist plot, Elahi became the subject of an intensive F.B.I. investigation. After months of interrogations and nine consecutive lie-detector tests, he was cleared of suspicion. Following this harrowing experience, Elahi conceived Tracking Transience, a self-surveillance project that continually and publicly presents his exact location, activities, bank records, and other personal data. Although the daily images of places visited, food eaten, and money spent can be seen as details of contemporary life, for Elahi the subject matter becomes evidence of his life and his actions, establishing a voluntary and perpetual digital alibi against future accusations. For many artists the dissolution between art and life is a theoretical practice, yet for Elahi it is a permanent routine that brings the viewer a record of life as a citizen and a life as working artist. His work raises powerful, undeniable questions about privacy, and about who is watching us, when, and where. Elahi is represented by Michael Klein Arts in New York, NY.
END_OF_DOCUMENT_TOKEN_TO_BE_REPLACED
Added to the calendar on Fri, Feb 4, 2011 1:55PM
Add Your Comments
Support Independent Media
We are 100% volunteer and depend on your participation to sustain our efforts!