Add an Event
Newswire
Calendar
Features
Home
Donate
From the Open-Publishing Calendar
From the Open-Publishing Newswire
Indybay Feature
Publish to Newswire
Add an Event
Related Categories: California | Central Valley | Environment & Forest Defense | Government & Elections | Racial Justice
Brown Appoints John Laird Secretary of Natural Resources
by Dan Bacher
Monday Jan 24th, 2011 6:58 PM
“I hope that Mr. Laird remembers to listen to all of the ’stakeholders’ and those to whom the last Secretary failed to hear,” said Mark Franco, headman of the Winnemem Wintu (McCloud River) Tribe. “No matter the politics around him, I hope he sees the resources that he is now over seeing as the precious gifts they are and not items of commodity to be abused and sold.” 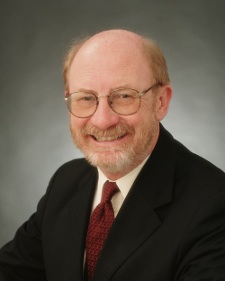 Environment California and other conservation organizations praised Brown’s appointment of Laird based on his environmental record in the Assembly and on the California Waste Board.

“From waste reducer to wildlife protector Laird is sure to make 2011 a great year for the environment,” said Environment California Legislative Director Dan Jacobson in a press statement. "John Laird is a great choice to defend and protect the environment.”

“I haven’t personally met or worked with met Laird, but I am impressed with his credentials,” said Pool. “I would hope that he will bring more balance to the Resources Agency in solving the multitude of problems that our salmon, Delta fish and other fisheries face, along with developing solutions for the future water problems of the state. The fisheries crisis we face certainly needs a new approach.”

“The proof will be in the pudding,” said Bill Jennings, chairman/executive director of the California Sportfishing Protection Alliance. “We’ve been optimistic and we’ve been pessimistic about the Governor’s appointments before. Meanwhile, the steady decline of Delta fish and the estuary has continued.”

“John Laird is an extreme liberal, and he believes the only way to protect the environment is to make government as big and intrusive as possible,” said Nehring.

On the other hand, many fishermen, Tribes, family farmers and grassroots environmentalists worry that Laird may be too heavily influenced by representatives of well-funded corporate environmentalist NGOs, known for their strong support of controversial programs including Schwarzenegger’s MLPA Initiative and peripheral canal and Bay Delta Conservation Plan.

They are hoping that Laird will listen to grassroots activists – and not continue the failed ocean and water policies of the Schwarzenegger administration that resulted in the collapse of Central Valley salmon and Delta smelt populations and the creation of fake “marine protected areas.”

“I hope that Mr. Laird remembers to listen to all of the ’stakeholders’ and those to whom the last Secretary failed to hear,” said Mark Franco, headman of the Winnemem Wintu (McCloud River) Tribe. “No matter the politics around him, I hope he sees the resources that he is now over seeing as the precious gifts they are and not items of commodity to be abused and sold.”

The 60-year-old Santa Cruz resident is a board member of the Sierra Fund and served in the California Assembly from 2002 to 2008. During this period, John received a 100% rating from both the California League of Conservation Voters and the Sierra Club for his votes on environmental issues.

Below is the open letter I submitted to Laird on January 6. I have not received a reply to date:

Congratulations on your appointment to the Natural Resources Secretary position by Governor Jerry Brown.

Governor Arnold Schwarzenegger finally left office on January 2, 2011 after waging an unprecedented war on California fish populations and fishing communities since he came to power in a recall election. Faced with the environmental wreckage that Schwarzenegger has left in his wake, you, as the new Natural Resources Secretary and the Governor will have a monumental task ahead if you plan to restore California salmon and other fish populations.

You have a rare opportunity to break with the failed water and fish management policies of Secretaries Lester Snow and Mike Chrisman. Rather than pushing the agenda of agribusiness leaders, southern California water agency representatives, water privateers and corporate environmentalists as Snow and Chrisman did, I strongly encourage you to listen to and work cooperatively with recreational anglers, California Indian Tribes, commercial fishermen, environmental justice communities and grassroots environmentalists in an unprecedented effort to restore our declining Central Valley and North Coast salmon and Delta fish populations.

Here are seven immediate actions that I advise you and Brown to take to begin the recovery of California fish and fishing communities.

First, issue an executive order mandating all state agencies to comply immediately with the provisions of the federal biological opinions protecting Central Valley salmon, Delta smelt and other species. To comply with these decisions, the state and federal governments must reduce water exports, better manage water releases from dams, remove dams and provide fish passage for fish above dams, including Shasta, Folsom, Englebright and New Melones. The Resources Secretary should work closely with the Winnemem Wintu Tribe and federal government to restore winter run chinook salmon to the McCloud River above Shasta Dam.

Second, direct all state agencies, in cooperation with the federal government, to comply with the “doubling goal” of the Central Valley Project Improvement Act (CVPIA) of 1992. The law set as its goal the doubling of all natural spawning anadromous fish populations – chinook salmon, steelhead, white sturgeon, green sturgeon, American shad and striped bass – by 2002. However, rather than doubling, these populations of fish collapsed to record low levels because of abysmal management by the state and federal governments.

Third, abolish the Bay Delta Conservation Plan (BDCP) that was instituted under Schwarzenegger and all state plans to build a peripheral canal and new dams. Instead of continuing the BDCP’s path to the Delta’s destruction, you and Brown should establish the first ever “Blue Collar Task Force” to recover fish populations and restore the Delta. The task force would be made up of representatives of California Indian Tribes, recreational fishing groups, commercial fishing organizations, grassroots conservation groups, family farmers, environmental justice organizations and those who have been marginalized in the BDCP and Delta Vision fiascos.

Fourth, cancel or suspend the controversial MLPA Initiative and work with the Legislature to begin an investigation of corruption, conflicts and the violation of numerous state, federal and international laws under the process. The investigation would begin with an executive order by Brown, citing the provisions of the California Public Records Act, asking the Resources Legacy Fund Foundation, MLPA officials, Department of Fish and Game to turn over all of their records relating to the implementation of the MLPA.

Fifth, you and Brown should meet with Jane Lubchenco, NOAA administrator, and demand that she terminate the “catch shares” program being instituted on the West Coast, since it is a failed environmental strategy that will result in local, sustainable fisheries being replaced with corporate, unsustainable fisheries. This policy, if implemented, will result in the privatization of public trust resources and the concentration of West Coast fisheries in a few corporate hands.

Sixth, the Natural Resources Agency should officially oppose the Water Bond on the November 2012 ballot and should find an alternate source of money to finance California’s costs for removing the four PacifiCorp dams on the Klamath River, like the State of Oregon has done. Schwarzenegger stuck $250 million for Klamath dam removal in the water bond, an initiative that funds new dams in the Central Valley.

Seventh, increase the game warden force in California by at least 50 officers to stop the epidemic of fish and wildlife poaching that has ravaged the state. California currently has the lowest number of wardens per capita in the United States.

These seven actions by you and the Governor would help to reverse the fishery collapses that the Schwarzenegger administration helped to engineer and will begin to put California fish and fishing communities back on the path to restoration and sustainability.

§Citizen of Tehachapi
by Penny Melko
Friday Jul 8th, 2011 12:40 PM
Well said. I have written John Laird about the massive destruction and death of migratory birds, prehistoric Indian holy lands that are about to be destroyed by wind turbines. I live in the Tehachapi Pass and am not going to let a bunch of knuckle draggers screw up my life lines any more. Only selfish, self serving, greedy idiots break everything else while going "green".

Question. What would your reaction be if you went to the zoo and there were propeller turbines and transmission lines in each of the aviaries? Well, this is exactly what is happening in the migration corridors.

I'm not liberal. This is survival and it's personal now.

"This country, with its institutions, belongs to the people who inhabit it. Whenever they shall grow weary of the existing government, they can exercise their constitutional right of amending it, or their revolutionary right to dismember or overthrow it."
- Abraham Lincoln, First Inaugural
He was Republican (my comment)
Add a Comment
Support Independent Media
We are 100% volunteer and depend on your participation to sustain our efforts!