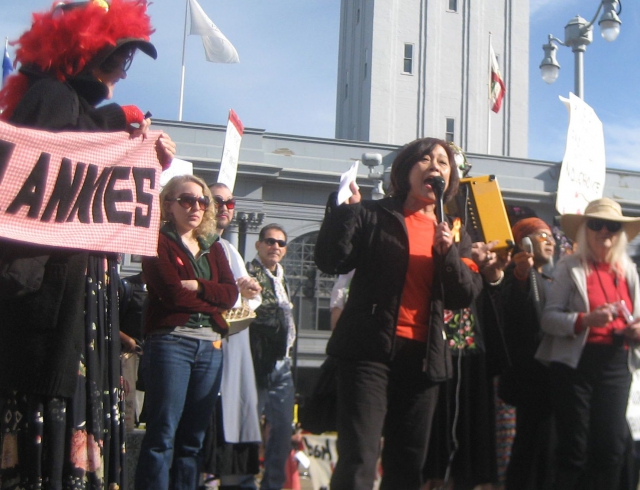 original image (1722x1320)
Following successes in November’s midterm elections, conservative legislators in dozens of states are mounting aggressive campaigns to limit abortions. As the nation's political climate grows more conservative, pro-choice activists say they will stand for none of it. They shouted "abortion on demand and without apology" as they countered the annual invasion of San Francisco by right wing religious groups on the anniversary of the Supreme Court decision that established a woman’s right to an abortion.

The Sisters of Perpetual Indulgence, the Raging Grannies, Bay Area Coalition for our Reproductive Rights (BACORR), Radical Women, World Can't Wait, and other groups participated in the pro-choice activities of the day. Cindy Sheehan, amongst others, addressed the crowd of about 100 people at a rally and many more joined the march for choice.
§Cindy Sheehan Speaks
by Mei Bo Chan Saturday Jan 22nd, 2011 4:00 PM 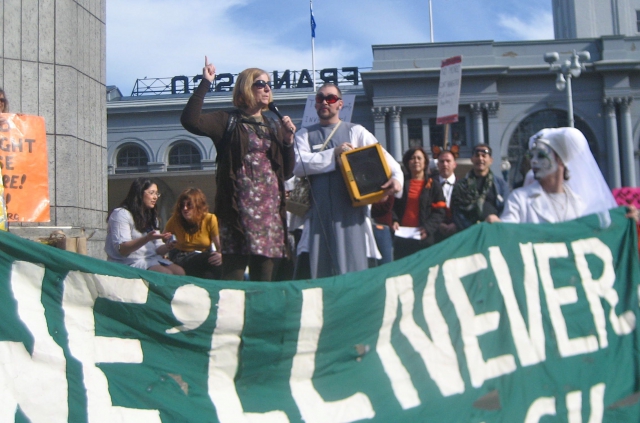 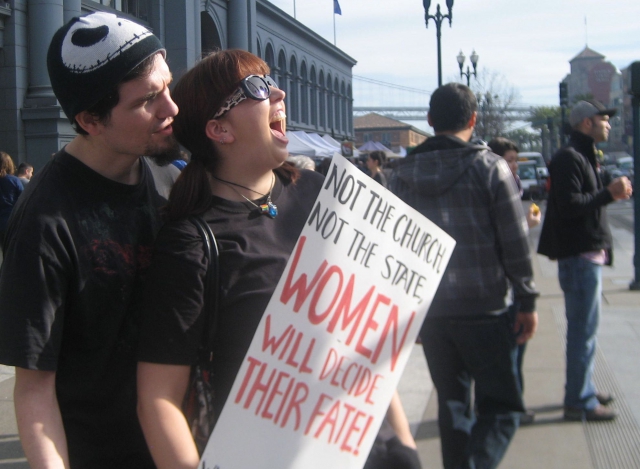 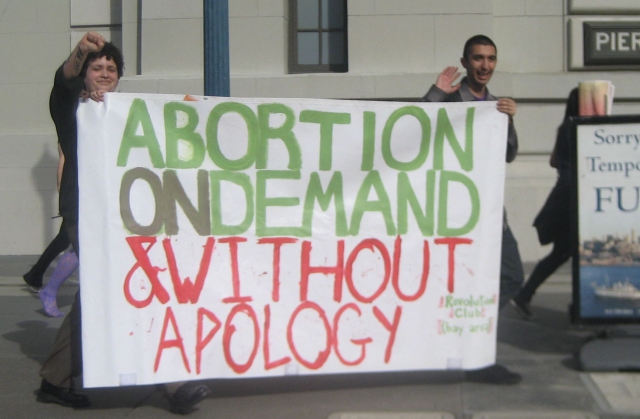 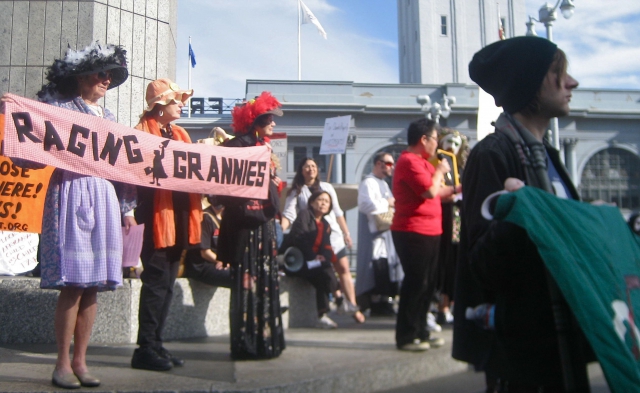 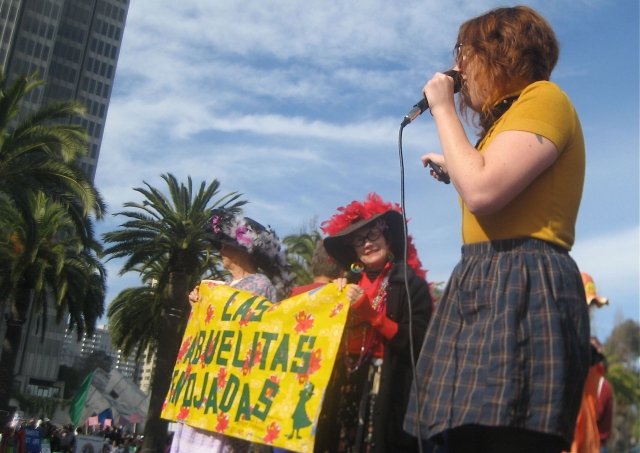 original image (2162x1532)
The Raging Grannies (holding their Spanish sign) are ready to sing
§Meanwhile, on the other side of the Embarcadero, under the palm trees
by Mei Bo Chan Saturday Jan 22nd, 2011 4:00 PM 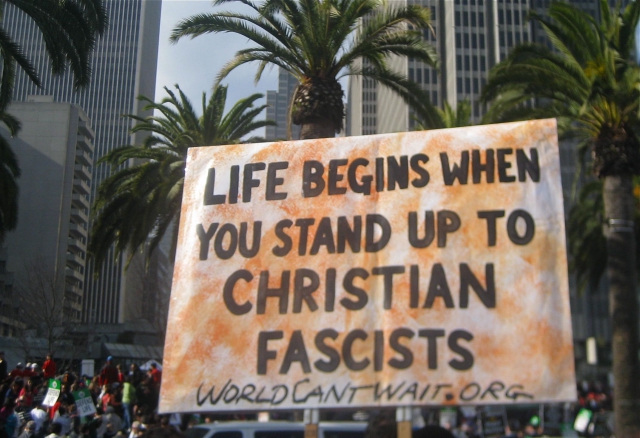 original image (2145x1469)
...a hoard of Walkers for Life. World Can't Wait sign says it all...
Add Your Comments
LATEST COMMENTS ABOUT THIS ARTICLE
Listed below are the latest comments about this post.
These comments are submitted anonymously by website visitors.