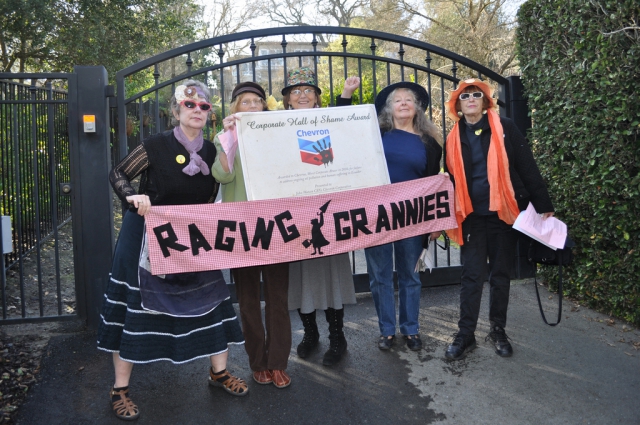 original image (1024x680)
The Bay Area Raging Grannies, along with environmental advocates Rainforest Action Network, delivered a large Corporate Hall of Shame award to Chevron CEO John Watson for being one of the worst corporate abusers of 2010.

Thousands of people across the country have voted Chevron into the Corporate Hall of Shame for the company’s failure to address ongoing human suffering in Ecuador. Chevron is currently facing a multi-billon dollar lawsuit in Ecuador for dumping over 18 billion gallons of toxic oil waste onto the traditional lands of Indigenous peoples and small farmers in Ecuador’s Amazon rainforest during the course of three decades of oil drilling. Despite mountains of irrefutable scientific evidence, Chevron refuses to take responsibility for one of the world’s worst ecological disasters. Meanwhile, the company is mounting an aggressive legal and PR campaign to discredit the case, the plaintiffs and their counsel.

The Raging Grannies delivered the enlarged Hall of Shame award to the CEO's home in Lafayette, CA. The group traveled in a large biodiesel tour bus with the banner message “Chevron Clean up Ecuador.”

They spoke with neighbors of the CEO, to let them know their famous neighbor has "received an award" and told them why. The Grannies sang a few ditties into the call box at Mr. Watson's home, as no one came to the door...errr...gate. Then they left the award at the gate and returned home to Palo Alto via San Francisco on "Priscilla the Biodiesel Bus".
§Starting with a demo in Palo Alto
by Sophie T. Hans Thursday Jan 20th, 2011 4:46 PM 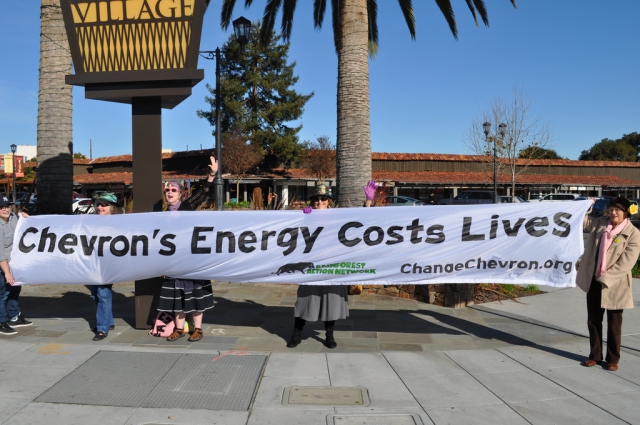 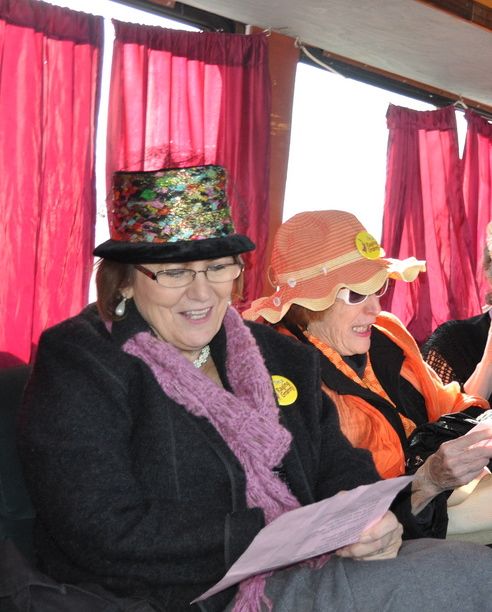 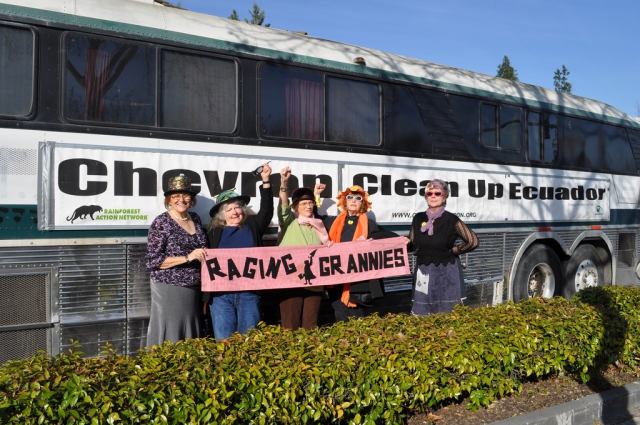 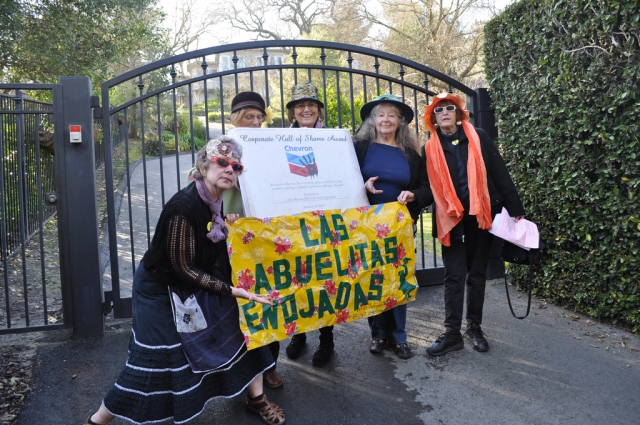 original image (1024x680)
The Grannies displayed their name en español and sent their fellow activists on the ground in Ecuador this photo.
§singing into the call box
by Sophie T. Hans Thursday Jan 20th, 2011 4:46 PM 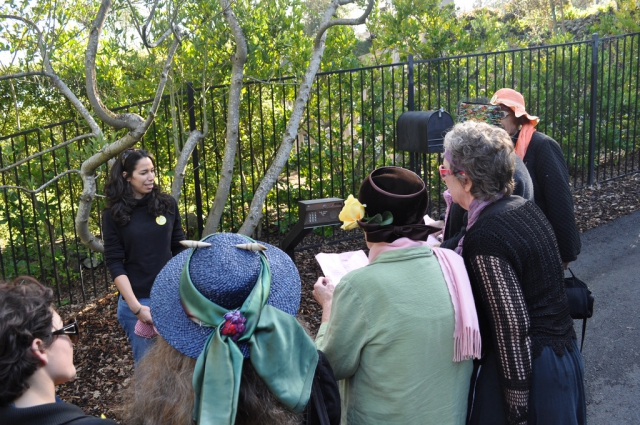 original image (1024x680)
Grannies tried to get proposition 26 defeated, but Chevron with its billions won out. One of the Grannies said, "we don't really like to bug people at home, but that was the final straw." One of the songs they sang is here: 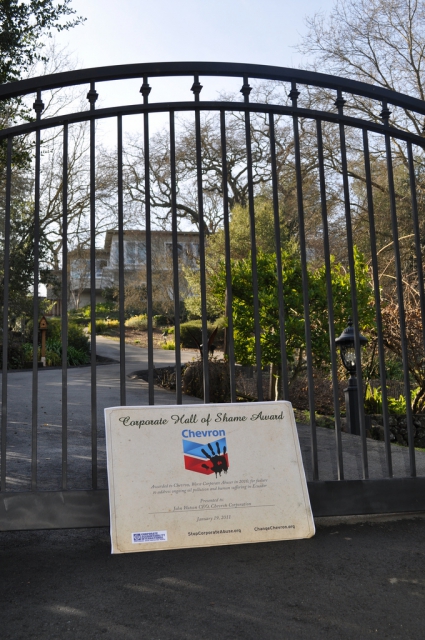 original image (680x1024)
Add Your Comments
LATEST COMMENTS ABOUT THIS ARTICLE
Listed below are the latest comments about this post.
These comments are submitted anonymously by website visitors.