by Jeff Paterson, Courage to Resist
About 100 supporters of WikiLeaks and the accused WikiLeaks whistle-blower Army PFC Bradley Manning gathered at the TransAmerica building (across the street from the NY Times office) for "Media Intervention for Wikileaks". This was a part of a global day of action, with demonstrations in Australia, Canada, Europe, and across the US. 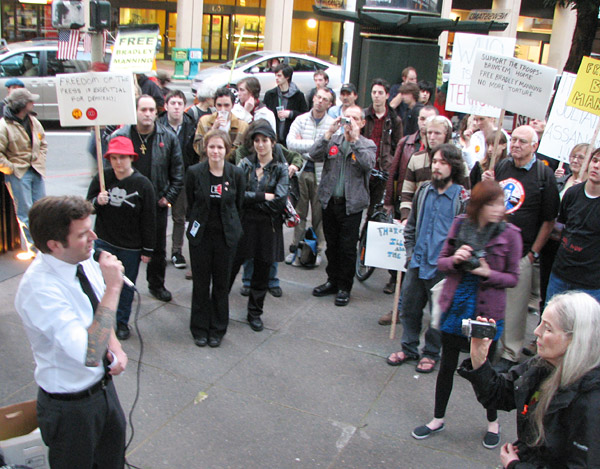 Since its release of about 2000 diplomatic cables (as of January 7th, 2011), Wikileaks has been subject to extraordinary pressures, seemingly at the behest of the US government. Amazon and EveryDNS have denied Wikileaks internet service and Visa, Mastercard, Paypal, and Bank of America have been prevented supporters from donating money to Wikileaks. This is despite the fact that Wikileaks has not even been charged with a crime.

Unfortunately, the situation has gotten even worse. The press has been spreading lies about Wikileaks. Mainstream media outlets do not appear to be doing even the most rudimentary fact-checking. The most blatant of these lies is the idea that Wikileaks has “indiscriminately dumped 250,000 cables on the internet”. This is flat-out false. A few news organizations, including NPR and InformationWeek, have corrected this mistake, and NPR has even offered an apology. By contrast, most news organizations ranging from the AP to the Wall Street Journal continue to print this falsehood.

We call upon all news organizations to correct previous articles and statements, to issue apologies to their readers, and to take steps to prevent this mistake from occurring in any future articles and shows.

Participants were provided with cable printouts and markers and encouraged to throw down their artistic abilities by adding a graphic representation of their favorite cable to the Cablegate Coloring Book.
END_OF_DOCUMENT_TOKEN_TO_BE_REPLACED
§"Free Brad"
by Jeff Paterson, Courage to Resist 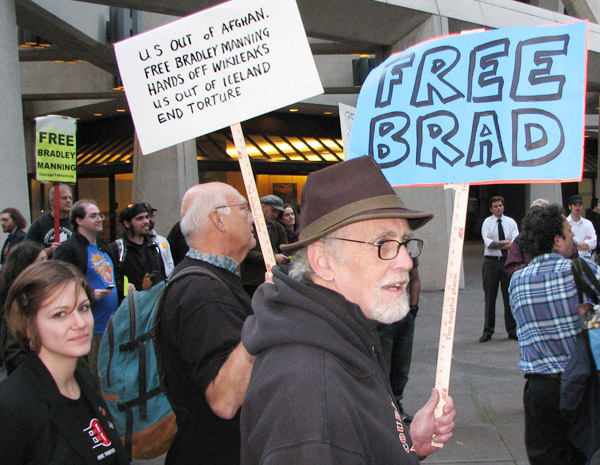 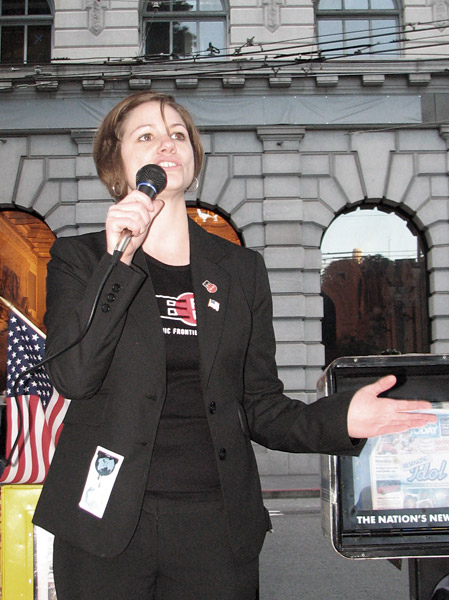 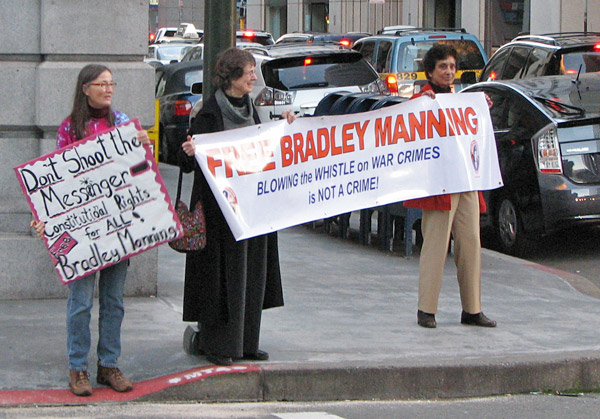 END_OF_DOCUMENT_TOKEN_TO_BE_REPLACED
§"Information wants to be free"
by Jeff Paterson, Courage to Resist 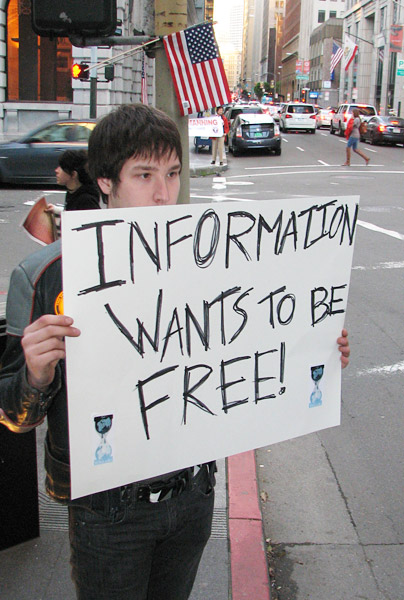 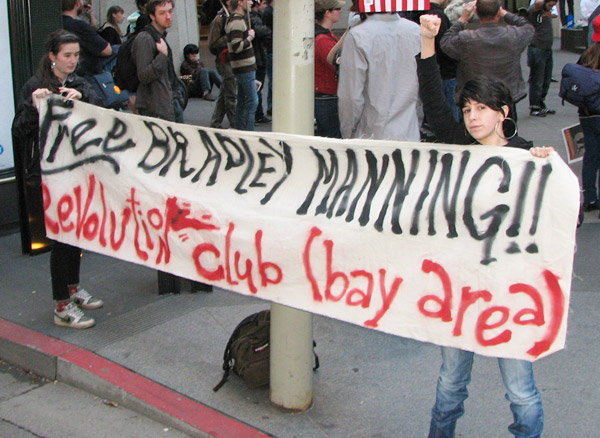 END_OF_DOCUMENT_TOKEN_TO_BE_REPLACED
§MC May takes the "stage"
by Jeff Paterson, Courage to Resist 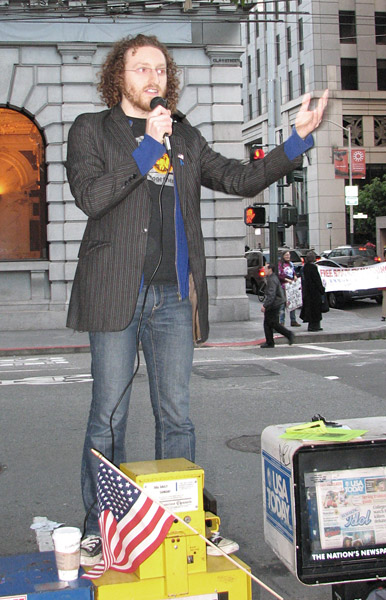 END_OF_DOCUMENT_TOKEN_TO_BE_REPLACED
§"Hands off WikiLeaks"
by Jeff Paterson, Courage to Resist 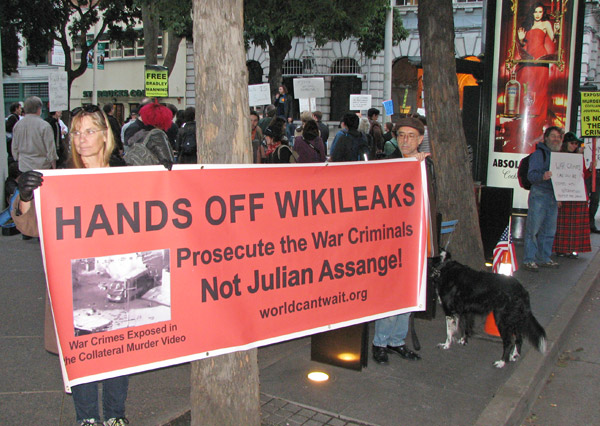 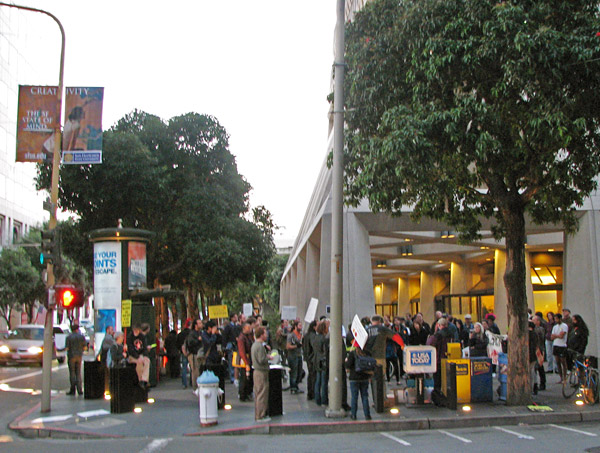 END_OF_DOCUMENT_TOKEN_TO_BE_REPLACED
Add Your Comments
Latest Comments
Listed below are the latest comments about this post.
These comments are submitted anonymously by website visitors.
TITLE
AUTHOR
DATE
Unjust war, Ilegal violence.
Hans B.
also supported wikileaks
Cat
Why No call for dropping the charges against Julian Assange ?
Supporter of both brothers
Support Independent Media
We are 100% volunteer and depend on your participation to sustain our efforts!