WikiLeaks Solidarity in Santa Cruz: Exposing the Truth is Not a Crime!

by ~Bradley (bradley [at] riseup.net)
Dozens of people came together in Santa Cruz on January 8th to rally at the clock tower and march down Pacific Avenue in solidarity with WikiLeaks, Julian Assange, and Bradley Manning. Protesters lined Mission St. with homemade signs in defense of free speech and calling for the prosecution of U.S. government war crimes. 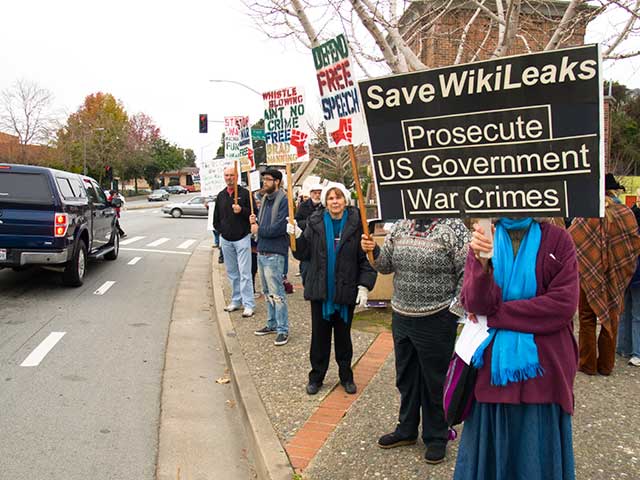 WikiLeaks, founded by Julian Assange, is an international non-profit organization that publishes submissions of private, secret, and classified media from anonymous news sources and news leaks. As a direct result of the effectiveness of WikiLeaks, the organization is receiving significant persecution from the U.S. government and numerous transnational corporations.

For example, the U.S. State Department asserts that WikiLeaks is not a media organization, and Julian Assange is not a journalist. On December 2nd, 2010, Philip J. Crowley, U.S. Assistant Secretary of State for Public Affairs, stated, "WikiLeaks is not a media organization. That is our view." In regard to Assange, Crowley said, "Well, his – I mean he could be considered a political actor. I think he’s an anarchist, but he’s not a journalist."

Bradley Manning is a United States Army soldier who was charged in July 2010 with the unauthorized disclosure of U.S. classified information. He is being tortured in solitary confinement at the Marine Corps Brig, Quantico, Virginia, and is expected to face a court-martial in the spring of 2011. The material allegedly provided by Manning to WikiLeaks includes a large number of diplomatic cables, as well as video of a July 2007 helicopter airstrike in Baghdad, published by WikiLeaks in April 2010 as the Collateral Murder video.

Frank Runninghorse, an activist living in Concord, said the demonstration was part of a single struggle with many fronts. "We have to stand in solidarity. We have to show there are links to these struggles." Runninghorse cited the Oscar Grant movement as an important part of the struggle for justice.

James Cosner, a former Santa Cruz resident and well-known activist from back in the day, spoke about important resistance movements that have taken place in this town. Those movements have included the Santa Cruz Coalition to Free Mumia Abu-Jamal, as well as direct action to prevent the U.S. government from displacing indigenous Dine' peoples at Big Mountain. Cosner said Julian Assange is a hero for exposing the truth to the people of the world.

Steven Argue, an organizer of the protest, read a statement of solidarity from Larry Pinkney, a veteran of the Black Panther Party and current editor for the Black Commentator. According to Argue, the analysis by the antiwar movement of U.S. occupations has been confirmed through official U.S. documents published by WikiLeaks.

Meanwhile, the persecution dragnet by the U.S. government has widened, as reported in a tweet sent on January 8th from the official WikiLeaks Twitter account: "WARNING all 637,000 @wikileaks followers are a target of US gov subpoena against Twitter, under section 2. B http://is.gd/koZIA"

Bob Meola of Berkeley, a member of Courage to Resist and the Bradley Manning Support Network, said, "If Bradley Manning did what he is accused of, then he is a war hero." Meola also referenced a mantra of past resistance movements and its appropriateness for the struggle today, "If the government won't stop the war, we'll stop the government."

Ed Frey, a Santa Cruz civil rights attorney, spoke about PC 647e, California's state-wide anti-"lodging" (anti-sleeping) law and how it is unconstitutional under the 9th Amendment of the U.S. Constitution. As part of the Bill of Rights, it addresses rights of the people that are not specifically stated in the Constitution. The 9th Amendment, which Frey said was not widely known, reads, "The enumeration in the Constitution, of certain rights, shall not be construed to deny or disparage others retained by the people." On January 21st in Superior Court in Santa Cruz, Frey will challenge the constitutionality of California's PC 647e.
END_OF_DOCUMENT_TOKEN_TO_BE_REPLACED
§Free Bradley Manning
by ~Bradley 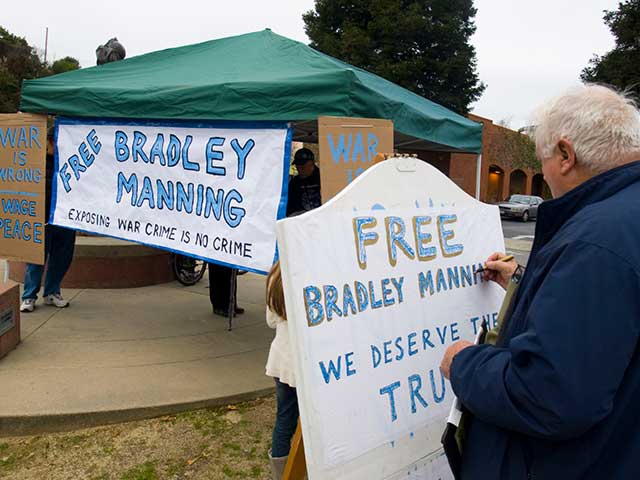 END_OF_DOCUMENT_TOKEN_TO_BE_REPLACED
§Hands Off WikiLeaks
by ~Bradley 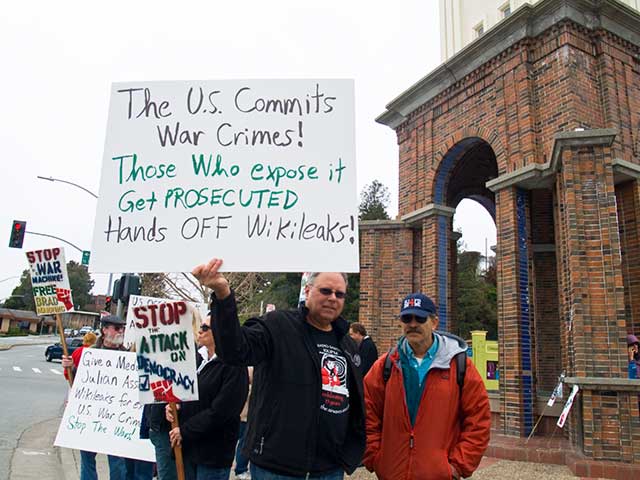 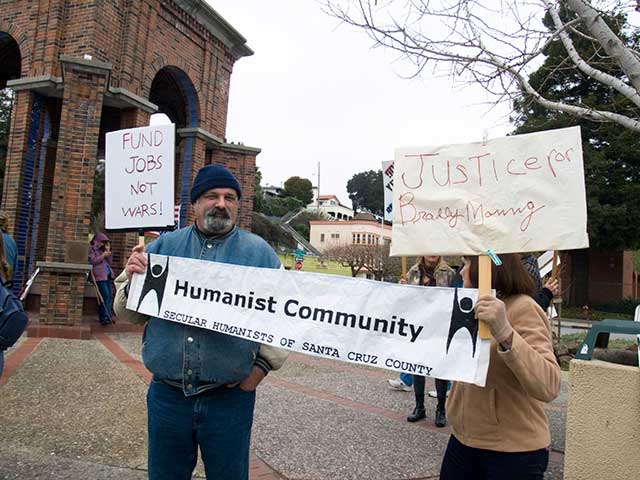 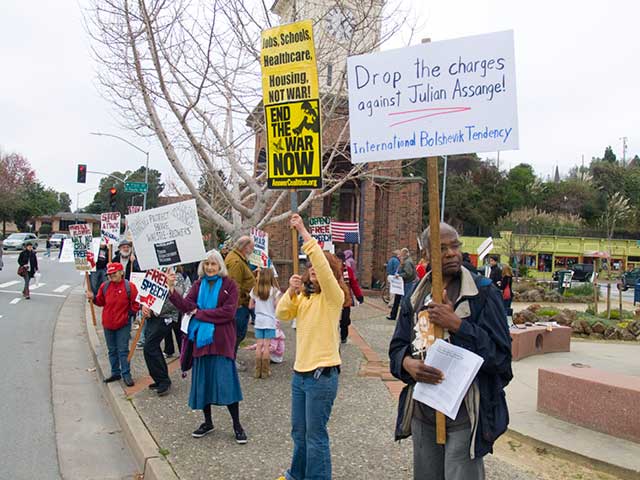 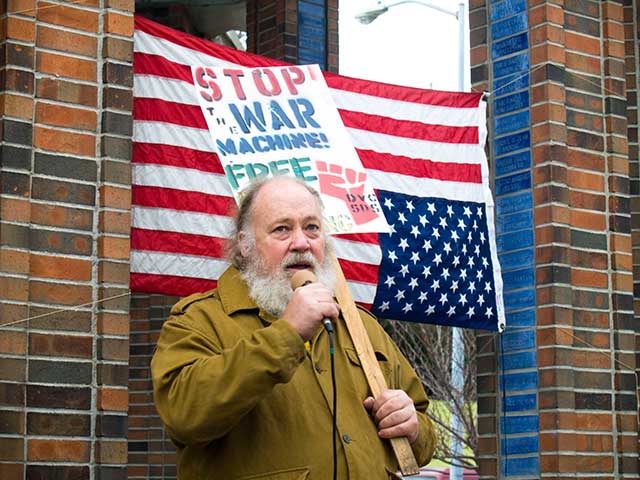 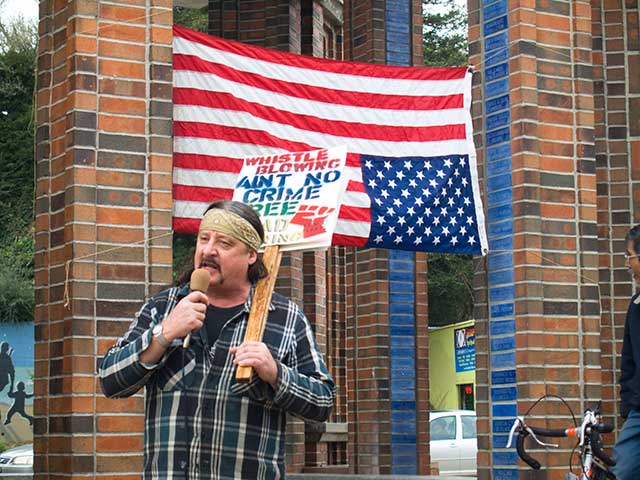 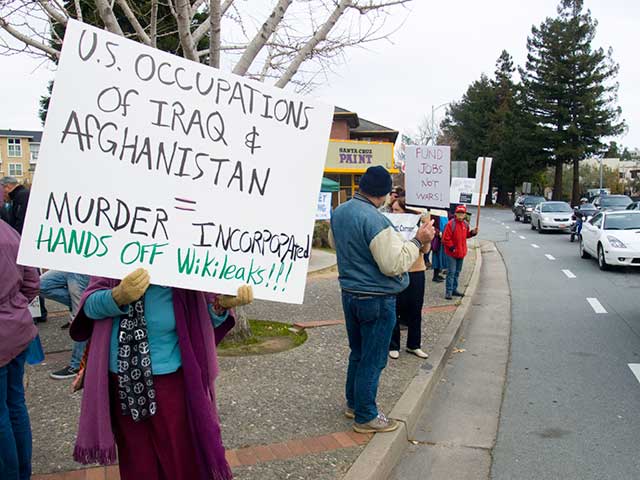 END_OF_DOCUMENT_TOKEN_TO_BE_REPLACED
§Stop the Wars!
by ~Bradley 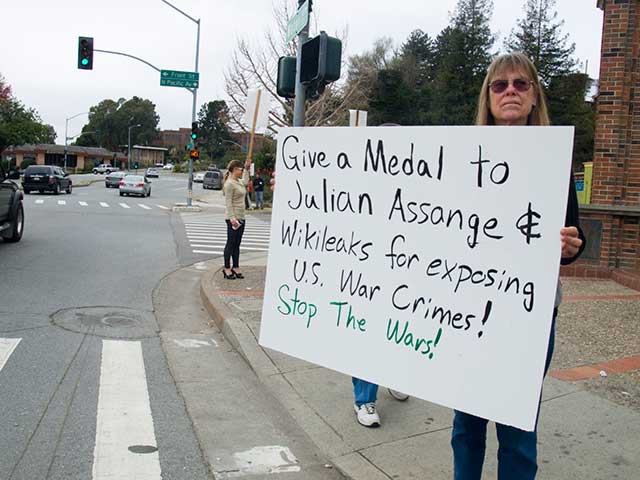 END_OF_DOCUMENT_TOKEN_TO_BE_REPLACED
§Democracy is Leaking
by ~Bradley 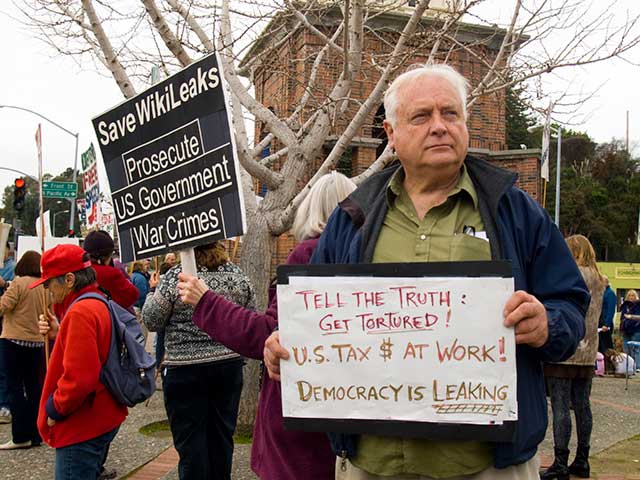 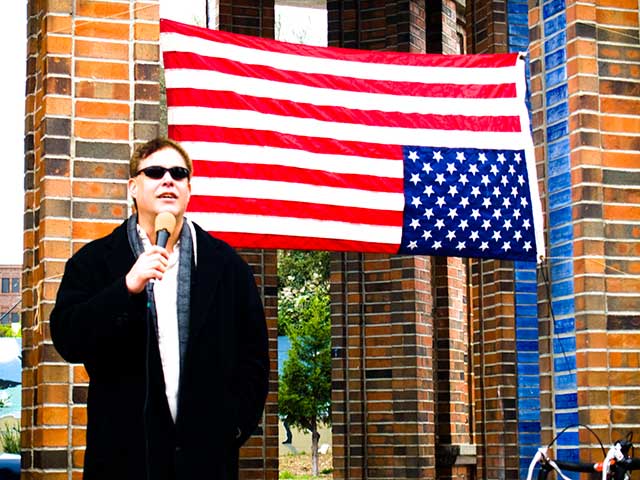 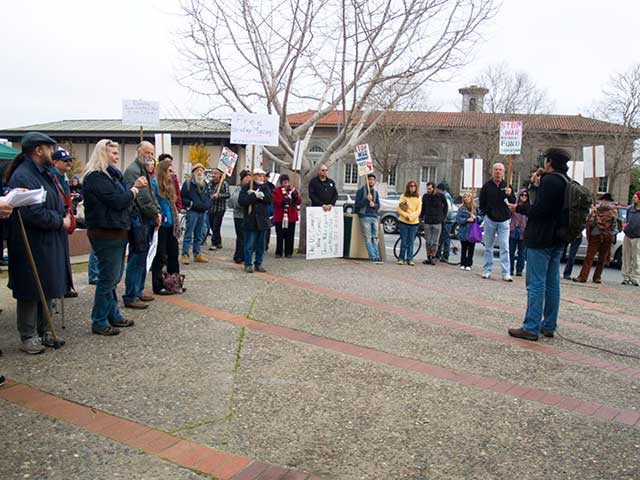 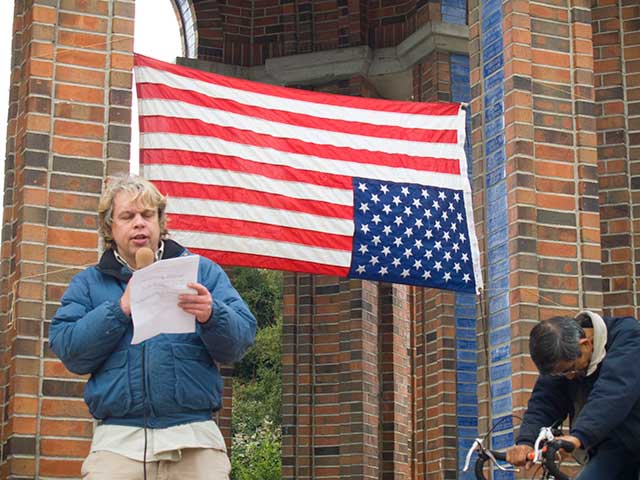 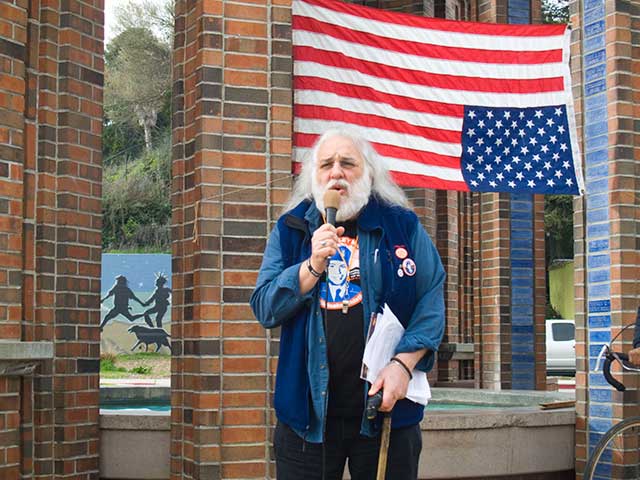 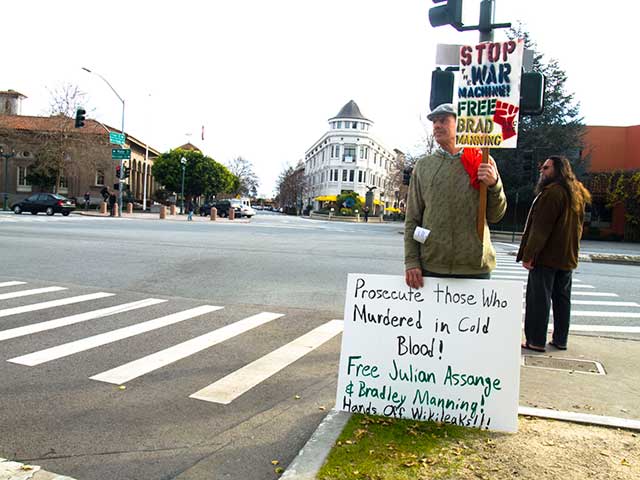 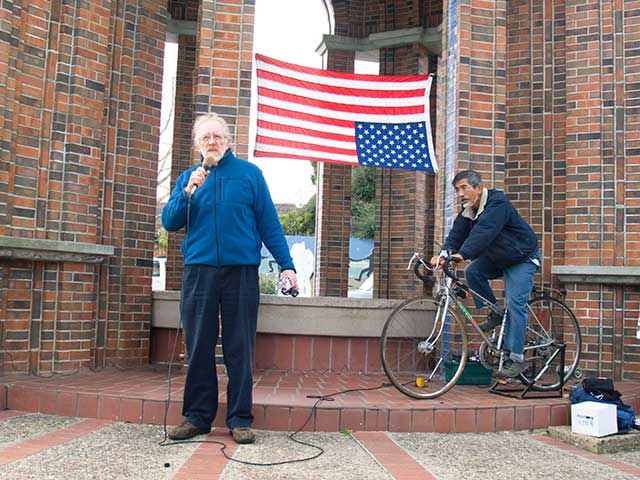 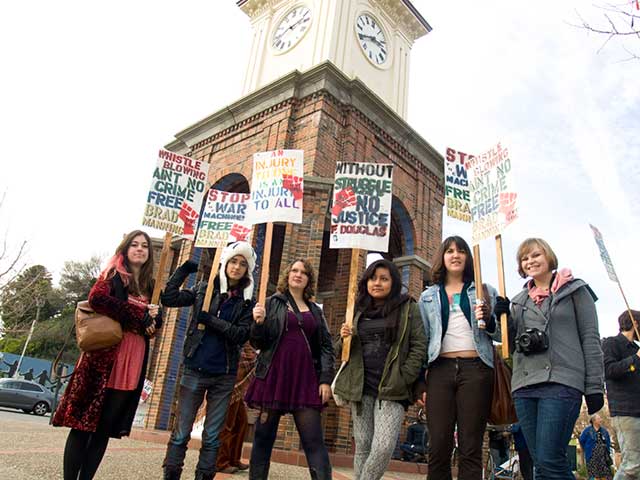 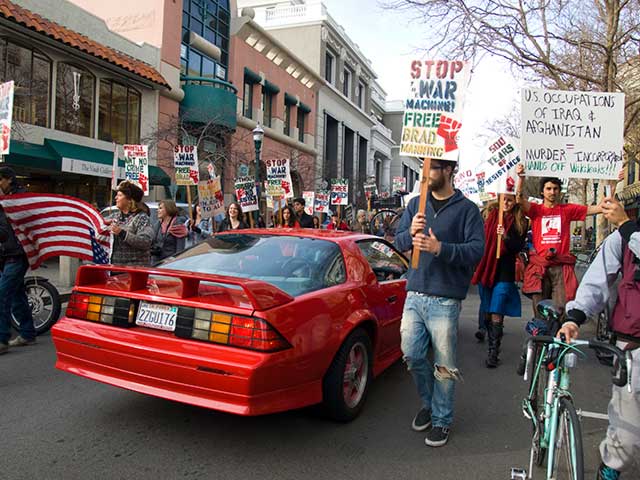 END_OF_DOCUMENT_TOKEN_TO_BE_REPLACED
§Thumbs Up
by ~Bradley 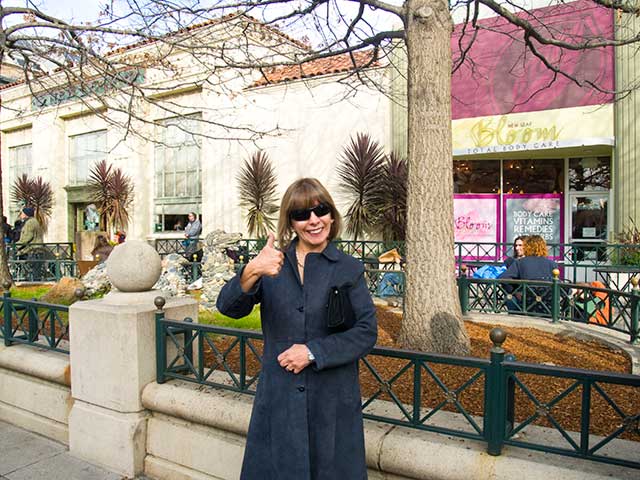 END_OF_DOCUMENT_TOKEN_TO_BE_REPLACED
§Whistle Blowing is Not a Crime
by ~Bradley 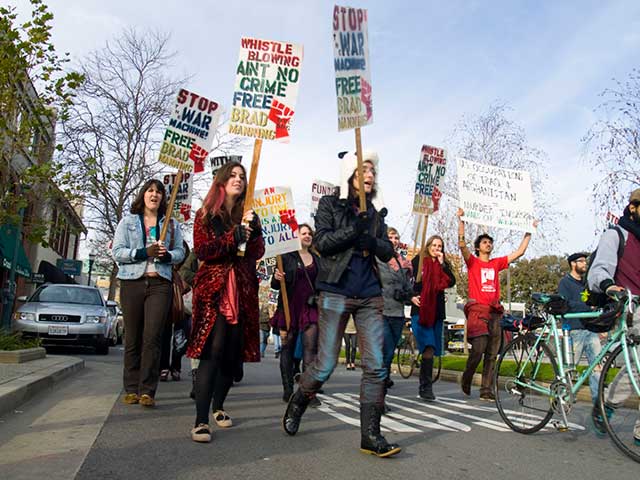 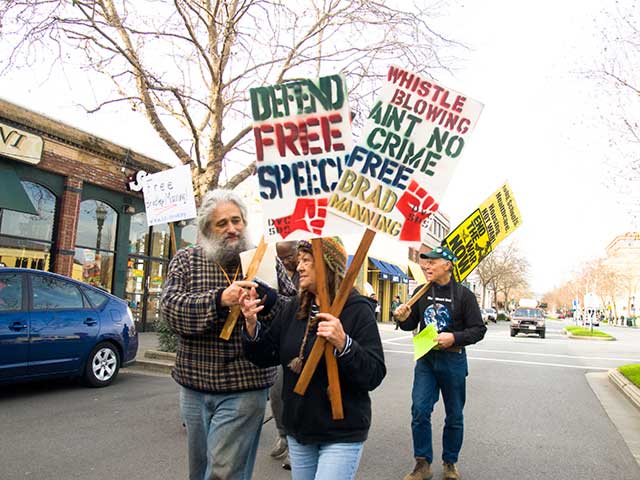 END_OF_DOCUMENT_TOKEN_TO_BE_REPLACED
§"Without struggle, there is no justice." -Fredrick Douglas
by ~Bradley 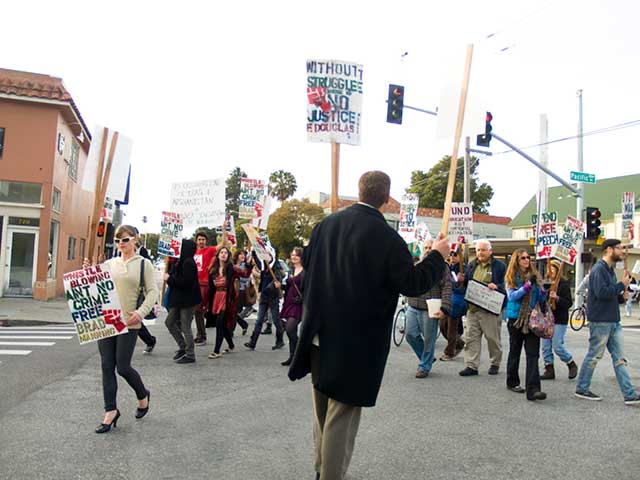