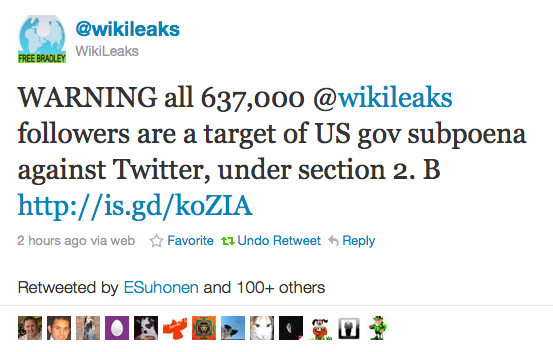 WARNING all 637,000 @wikileaks followers are a target of US gov subpoena against Twitter, under section 2. B http://is.gd/koZIA(Source)

Tweeters currently online are expressing vehement outrage. Talk of a class action law suit is already under way and a #ClassActionWL thread has been initiated. In most cases, anonymous Tweets are not considered official sources, but it seems an exception must be made in the present case, given that users are the very parties involved.

Users unfollowing the Wikileaks Twitter account at this time will not be exempt from the order, which applies to all users having received Wikileaks tweets in the past:

Too late to unfollow; trick used is to demand the lists, dates and IPs of all who received our twitter messages.

Many have expressed the desire to hear from Twitter CEO Dick Costolo on this matter. Updates on press releases and public statements will be posted here. 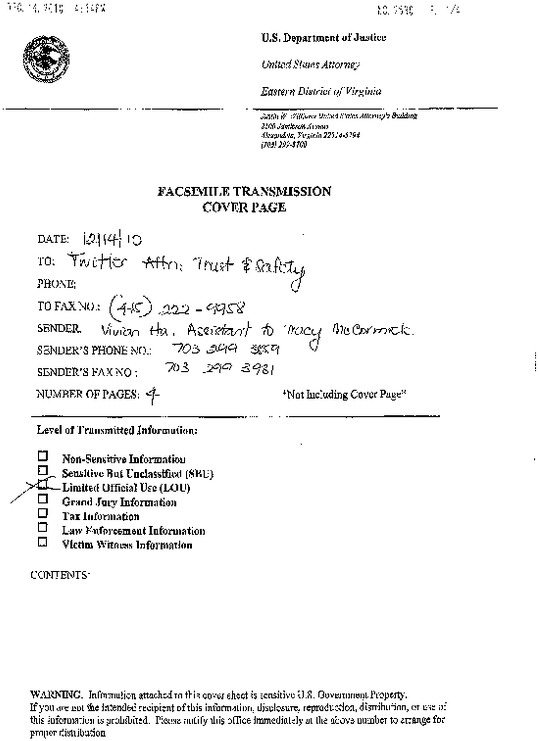 Download PDF (378.8KB)
Add Your Comments
LATEST COMMENTS ABOUT THIS ARTICLE
Listed below are the latest comments about this post.
These comments are submitted anonymously by website visitors.