Add an Event
Newswire
Calendar
Features
Home
Donate
From the Open-Publishing Calendar
From the Open-Publishing Newswire
Indybay Feature
Publish to Newswire
Add an Event
Related Categories: California | North Coast | U.S. | Environment & Forest Defense | Government & Elections | Racial Justice
WikiLeaks reveals U.S., British use marine reserves as tool of imperialism
by Dan Bacher
Thursday Dec 23rd, 2010 8:40 AM
This is an updated version of an article that I published on December 8. On December 21, the nation of Mauritius announced its plans to contest the legality of the Chagros Islands marine protected area. The use of a marine reserve to deny the Chagossians their human rights has a direct parallel in efforts to deny indigenous people their rights in controversial "marine protected areas" being implemented under Governor Arnold Schwarzenegger's Marine Life Protection Act (MLPA) Initiative in California and in the Colorado River Delta in Baja California in the “Biosphere Reserve of the Upper Gulf of California.” 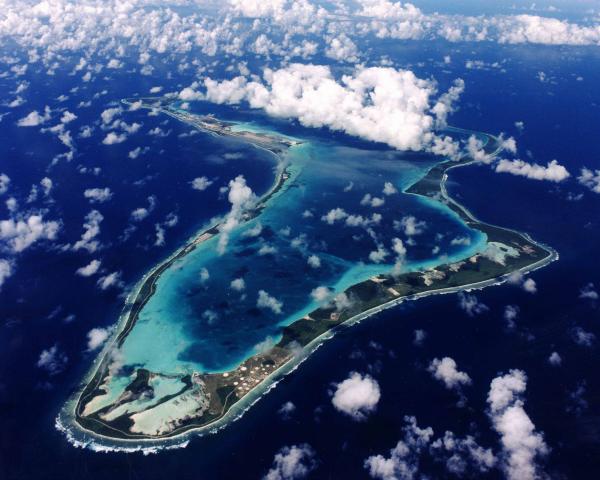 A U.S. State Department cable released through WikiLeaks reveals that that the British government cynically used the creation of a massive so-called marine “protected” area, the largest on the planet, as a tool to deny the native Chagros Islanders the right to return to their homeland in the Indian Ocean.

The U.K. Guardian published this US embassy cable on its website (http://www.guardian.co.uk/world/us-embassy-cables-documents/207149) on December 2. “The cable, part of the massive stash acquired by WikiLeaks, quotes a British diplomat saying that creating the marine reserve would stymie the return of former islanders,” noted Science Magazine reporter Erik Stokstan on December 7.

In May 2009, Colin Roberts, the British Foreign and Commonwealth Office's (FCO) Director, Overseas Territories, told US embassy staff, “We do not regret the removal of the population,” since removal was necessary for the British Indian Ocean Territory (BIOT) to fulfill its “strategic purpose.”

He also said removal of the indigenous people was the reason why the uninhabited islands in the British Indian Ocean Territory (BIOT) and the surrounding waters are in “pristine” condition, adding that Diego Garcia’s “excellent condition” reflects the “responsible stewardship” of the U/S. and U.K. forces using it.

In addition, the leaked cable stated, “Establishing a marine reserve might, indeed, as the FCO’s Roberts stated, be the most effective long-term way to prevent any of the Chagos Islands’ former inhabitants or their descendents from resettling in the BIOT.”

The U.S. and British governments colluded in deporting over 2,000 islanders from the Chagos archipelago during the Cold War in the 1960’s and 1970’s when the U.S. built a military base on the island of Diego Garcia, according to the Guardian. The Chagossians are now fighting for their “right to return” in a lawsuit before the European Court of Human Rights (ECHR).

While denying the Chagossians the right to return, the British official assured the State Department that U.S. military interests were protected in the creation of the marine protected area.

“The official insisted that the establishment of a marine park – the world’s largest – would in no way impinge upon the USG (U.S. government) use of the BIOT, including Diego Garcia, for military purposes,” the cable stated. “He agreed that the UK and U.S. should carefully negotiate the details of the marine reserve to assure that U.S. interests were safeguarded and the strategic value of BIOT was upheld. He said that the BIOT’s former inhabitants would find it difficult, if not impossible, to pursue their claim for resettlement on the islands if the entire Chagros Archipelao were a marine reserve.”

The cables also reveal how Greenpeace and other environmental NGOs supporting the creation of the Chagos reserve played into the British government’s attempt to thwart the return of the indigenous people.

“However, Roberts stated that, according to the HGM’s (Her Majesty Government’s) current thinking on a reserve, there would be ‘no human footprints’ or ‘Man Fridays’ on the BIOT’s uninhabited islands,” according to the cable. “He asserted that establishing a marine park would, in effect, put paid to resetlement claims of the former residents. Responding to Polcouns observation that the advocates of Chagossian resettlement continue to vigorously press their case, Roberts opined that the UK”s ‘environmental lobby’ is far more powerful than the Chagossians’ advocates.”

The use of term “Man Friday,” one of the main characters of Daniel Defoe’s novel Robinson Crusoe, reveals the thinly-disguised racism of British government officials towards the Chagossians. Crusoe names the man, a native Carib with whom he cannot at first communicate, “Friday” because they first meet on that day. “The character is the source of the expression ‘Man Friday,’ used to describe a male personal assistant or servant, especially one who is particularly competent or loyal,” according to Wikipedia.

After receiving Obama administration approval, the British government in April 2010 announced the creation of the park, in spite of protests by the Chagossians and human rights advocates throughout the world.

Roch Evenor, secretary of the UK Chagos Support Association, who left his homeland when he was four, described the marine reserve when it was proposed as "a natural injustice." "The fish would have more rights than us,” he told the the U.K. Guardian on March 29, 2010 (http://www.guardian.co.uk/environment/2010/mar/29/chagos-island-marine-reserve-plans).

"The conservation groups have fallen into a trap. They are being used by the government to prevent us returning," said Evenor, as quoted by the Guardian.

"The British government's plan for a marine protected area is a grotesquely transparent ruse designed to perpetuate the banning of the people of Mauritius and Chagos from part of their own country," stated Ram Seegobin, of the Mauritian party Lalit de Klas, in a letter to Greenpeace, an avid supporter of the "marine protected area."

On December 22, Amy Goodman on her Democracy Now television, reported on the latest development in the Chaggosians' struggle - the announcement by the nation of Mauritius on December 21 to contest the legality of the Chagros Islands "marine reserve" (http://www.democracynow.org/2010/12/22/headline).

"There has been political fallout from a WikiLeaks cable related to the U.S. military base on Diego Garcia in the Indian Ocean," said Goodman. "The nation of Mauritius announced plans on Tuesday to contest the legality of a new maritime reserve park around the disputed Chagos Islands after a leaked U.S. cable suggested the park was a ploy to stop uprooted islanders returning home."

"Britain leased the archipelago’s biggest island, Diego Garcia, to the United States in 1966, paving the way for the construction of a huge airbase which required the forced removal of some 2,000 Chagossians," Goodman stated. "Publicly, the British portrayed the establishment of the marine park as a move to save the environment. But a U.S. diplomatic cable dated May 2009, disclosed by WikiLeaks, revealed that a British Foreign Office official had privately told the Americans that the decision to set up a marine protected area would "effectively end the islanders’ resettlement claims."

This cable discloses how in spite of the claims of their proponents that “marine protected areas” are designed to “protect” the ocean fisheries and ecosystem, they are in fact often used as racist tools to dispossess indigenous people of their human rights. The move by the British and U.S. governments to greenwash their imperialist policies by depriving the Chagossians their rights has a direct parallel to the violation of indigeous rights that have occurred in the creation of marine protected areas in the U.S and Mexico.

For example, Governor Arnold Schwarzenegger’s Marine Life Protection Act (MLPA) Initiative, funded privately by the shadowy Resources Legacy Foundation, has since 2004 railroaded the rights of California Indian Tribes, fishermen and seaweed harvesters. In contrast to false claims of Schwarzenegger officials and his corporate environmental NGO collaborators that the MLPA is an “open, transparent and inclusive” process, the initiative is anything but.

Rather than truly protecting the ocean as the Marine Life Protection Act, signed by Governor Gray Davis in 1999, intended to do, the MLPA process has does little or nothing to “protect” California marine waters from water pollution, oil drilling, oil spills, military testing, habitat destruction and other human uses of the ocean other than fishing and gathering. The panels that implement the MLPA are filled with oil industry, marina development, real estate and other special interests than have no place on a body designed to “protect” the ocean.

In fact, a panel appointed by Governor Arnold Schwarzenegger to implement his controversial Marine Life Protection Act (MLPA) Initiative on December 9 considered amending a motion that would, in effect, ban traditional harvesting by Indian Tribes until the legal authority to regulate the Tribal uses is clarified by the State of California and California Tribes.

The California Fish and Game Commission will be voting on the MPA proposal at its February 3 meeting in Sacramento - and members of the North Coast Tribes and Coastal and Klamath Justice Coalitions will be there in force to stop any last minute amendment of the Commission attempting to violate tribal rights. For more information, go to: http://klamathjustice.blogspot.com/

Since 2004, MLPA officials have refused to appoint any Tribal scientists to the so-called "Science Advisory Teams" that oversee the controversial process, in spite of the many fishery biologists that work in the resource departments of California Indian Tribes. And it wasn't until this year on the North Coast that a Tribal representative was finally appointed to the MLPA Blue Ribbon Task Force; the task forces that developed the marine reserves for the Central Coast, North Central Coast and South Coast had no Tribal representatives!

"California Tribes and Tribal communities are vehemently opposed to the development of marine protected areas identified by the singular array recommended by the northcoast regional stakeholder group," wrote Atta P. Stevenson, Randy Yonemura, Shanti Warlick and Bill Jacobson of the Inter-Tribal Water Commission and California Indian Heritage Council, in a letter to NOAA Administration Jane Lubchenco on December 8. "The MLPA assessment tool is flawed as it was developed by scientists excluding the socioeconomic, cultural, historic traditional fishing and stewardship practices of the California Tribes, which include stewardship of the land and all resources together and not separately as done by agency scientists and private contractors, as in ‘science for sale’ for the betterment of corporate America." For more information, go to: http://www.itwatercommission.org

The Colorado River Delta and Sea of Cortez in Baja California, Mexico are also the scene of the battle for indigenous rights in a “marine reserve” that, in a similiar manner to California’s MLPA process, does nothing to stop the real reasons for fishery declines in the region. This so-called marine protected area does nothing to stop massive water diversions by US agribusiness and water pollution on both sides of the border that have led to fishery declines in recent years.

In the winter and spring of 2007, the Cucapa Tribe in El Mayor, Baja California organized an historic Zapatista peace camp to defend their fishing rights against harassment and intimidation by the Mexican government on the Colorado Delta. The idea for the camp originated during a visit by Subcomandante Marcos, spokesman for the EZLN (Zapatista Army of National Liberation), to El Mayor during the Zapatista “Otra Campana” (Other Campaign) in October 2006.

The efforts of the tribe to defend their rights against the Felipe Calderon government continue to to this day. For more information, go to:http://www.indybay.org/newsitems/2007/04/20/18402415.php?show.

There is no doubt that “marine protected areas” are being used as a tools of institutional racism and cultural genocide in at least three locations where they are being implemented – the Chagos Islands, the California coast and the Colorado River Delta in Mexico.

As Frankie Joe Myers, Coastal Justice Coalition organizer and Yurok Tribe ceremonial leader, said during a historic protest against the MLPA in Fort Bragg on July 21, 2010, “Whether it is their intention or not, what the Marine Life Protection Act does to tribes is systematically decimate our ability to be who we are. That is the definition of cultural genocide.”
Add Your Comments
Support Independent Media
We are 100% volunteer and depend on your participation to sustain our efforts!