Documents recently obtained by The Informant reveal the significant involvement of state and federal law enforcement in monitoring the various Oscar Grant protests in Oakland over the past two years. 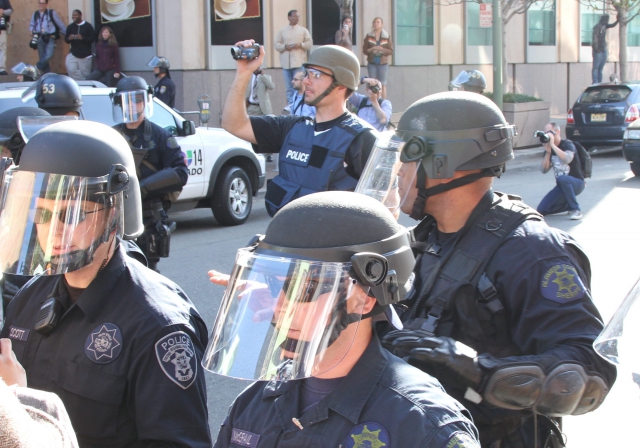 Ali Winston. An unidentified officer records protesters behind a line of Oakland Police Officers at 12th Street and Broadway on July 8th, 2010

Thirty-three federal, state and local officers were assigned to video details posted in buildings surrounding Frank Ogawa Plaza and throughout the crowd of several hundred demonstrators. Among them were personnel from the Secret Service, the state Bureau of Narcotics Enforcement, and Bureau of Intelligence and Investigation who took video of the protest. Some DEA and Oakland Police officers recorded the protest, while others dressed in plainclothes provided intelligence from within the crowd to OPD’s Emergency Operations Command Center at 1605 Martin Luther King Jr. Drive.

The documents indicate FBI involvement in monitoring the Oscar Grant protests as early as January 2009. A police report included in the case file of Holly Noll, a 24-year-old activist who plead no contest to charges of assaulting a police officer, shows the FBI was providing intelligence to OPD on the movements of “black bloc” anarchists in Downtown Oakland on the night of January 14, 2009, when the latest of several protests agitating for Johannes Mehserle’s arrest erupted into property destruction and clashes with police.

Jose Luis Fuentes, an attorney at Siegel & Yee, the law firm that is defending those arrested in the July 8th protests, believes the involvement of state and federal agencies in intelligence-gathering is part of a larger effort to scrutinize political protest. “They’re trying to build a case against ‘black blocs’ or anarchists as domestic terrorism,” said Fuentes. “The federal government wants to know who’s protesting. They’re documenting who the agitators are — This is all COINTELPRO resurfacing.”

The Counter Intelligence Program, or COINTELPRO, was an extensive federal operation that ran from the 1950s through the 1970s that monitored political activists, sometime using law enforcement to harass and discredit everyone from the National Association of Colored People to the Ku Klux Klan, who federal authorities considered dangerous.

But law enforcement personnel who worked the Oscar Grant protests say federal involvement had nothing to do with a political ideology and everything to do with keeping civilians and critical infrastructure sites safe and preventing disorder.

Oakland Police Captain David Downing, who was in charge of “Operation Verdict,” the police response to the July 8th post-verdict protests, says the handful of federal agents were nothing more than extra eyes among the several hundred law enforcement officers working on July 8th.

“Their only job was to be out there and videotape, be observers and feed information,” said Downing, who was in charge of Operation Verdict. The DEA, California DOJ and Secret Services agents were a fraction of the several hundreds of law enforcement agents from across Northern California who took part in Operation Verdict.

Much like several police departments provided officers to assist with crowd control, the state and federal agencies brought their investigative capacities to the table, as well as equipment. The FBI and DEA both offered helicopters for air support.

Documents indicate that anarchists were on everyone’s mind.

In a running police log from the July 8 protests and in emails exchanged between OPD command staff in the days prior, there is extensive mention of potential acts of property destruction and violence by “anarchists.” The log was later forwarded to the Department of Homeland Security’s National Operations Center. “They were interested in the event,” said Captain Downing.

“They’re a concern,” said Captain Downing of the Oakland Police. “They don’t really care about the cause other than using the mask of a large mob to engage in property damage.”

Defense attorney Jose Luis Fuentes remains convinced the intelligence gathered during Operation Verdict was part of a broader effort to intimidate political protest. The subtext is that, “If you’re going to protest and violate any law, we might prosecute you federally,” Fuentes said.

A November 16thprimer on “Anarchist Extremism” on the FBI’s website describes the Bureau’s general policy on anarchists:

“Currently, much of the criminal activities of anarchist extremists fall under local jurisdiction, so they’re investigated by local police. If asked by police, the Bureau can assist. But we have a heavy presence at a major national or international events generating significant media coverage—that’s when the threat from anarchist extremists, as well as others who are up to no good, dramatically increases.”

According to an OPD investigative log, the FBI explored the possibility of charging some of the July Oscar Grant protesters federally. 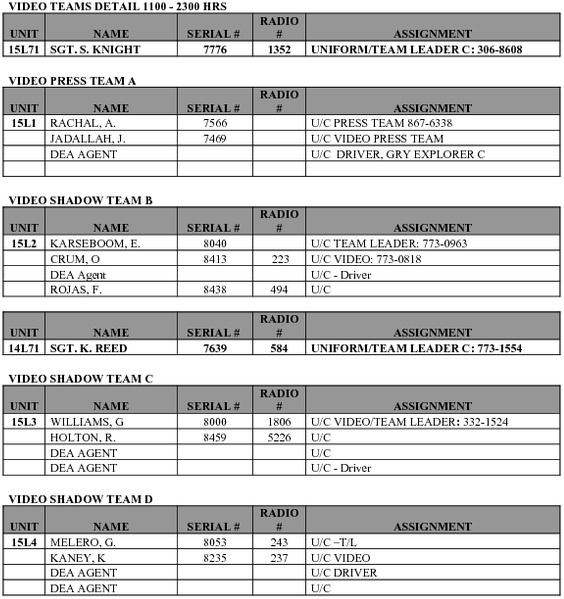 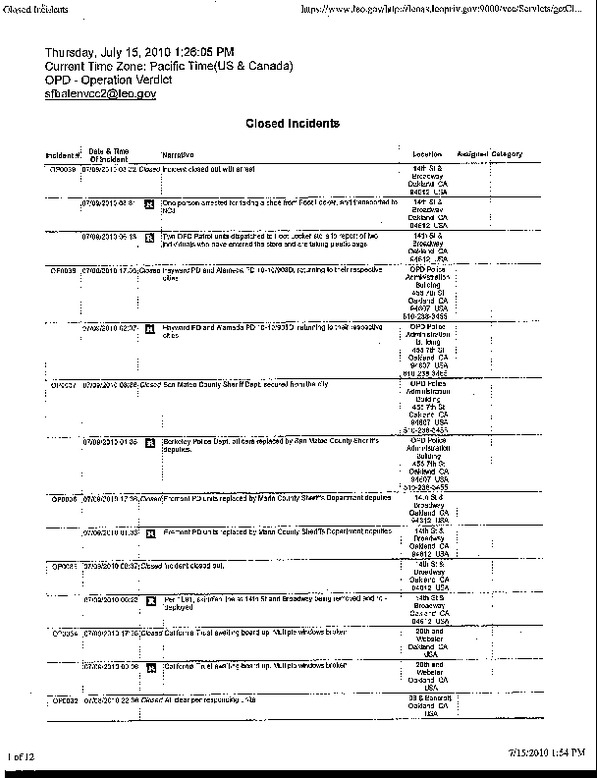 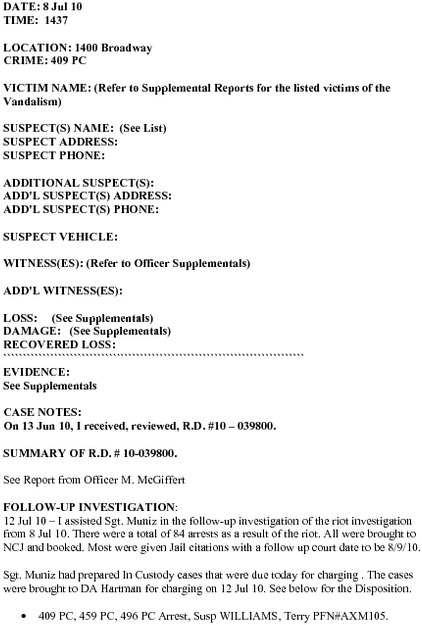 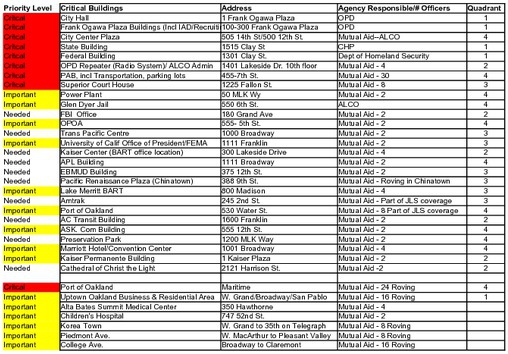 Download PDF (47.4KB)
http://informant.kalwnews.org/2010/12/poli...
Add Your Comments
Support Independent Media
We are 100% volunteer and depend on your participation to sustain our efforts!