Add an Event
Newswire
Calendar
Features
Home
Donate
From the Open-Publishing Calendar
From the Open-Publishing Newswire
Indybay Feature
Publish to Newswire
Add an Event
Related Categories: East Bay | Education & Student Activism
One Year Later... Photos from the UC Berkeley Chancellor's House Protest on 12/11/10
by dave id
Friday Dec 10th, 2010 12:16 AM
After having been wrongfully detained and arrested on the night of December 11th, 2009, while covering a protest at UC Berkeley Chancellor Robert Birgeneau's on-campus residence; after having an illegal search warrant issued for my photos the following day while I was still in Santa Rita jail; today, one year later, I filed a federal civil rights lawsuit against the UC police department for violations of my First, Fourth, and Eighth Amendment rights, as well as the Privacy Protection Act. It is at this point I finally share photos from that night publicly for the first time. 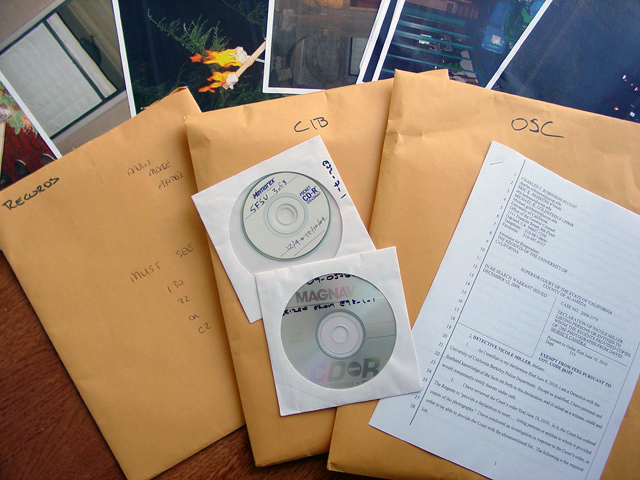 The photo above depicts the booty for which UCPD targeted me. UCPD ignored the fact that I was photographing the demonstration as a journalist and instead looked at me as a goody bag to do with as they pleased.

It was not until the ill-gotten search warrant was quashed on June 18th, 2010, that UCPD returned the original mini-disk containing my photographs. The disk also contained photographs I shot at an occupation at SF State University in the early morning hours the day before (which I had fortunately uploaded to a computer before UCPD confiscated my camera and the mini-disk). The larger CD with copies of my photos is a disk that UCPD had offered me in a court hearing prior to the court order overturning the warrant. In that same hearing, a temporary injunction against UC's use of the photos was issued and UCPD then had to take down a "wanted" web page that had made use of my photographs without my permission.

When the warrant was finally quashed, Judge Yolanda Northridge additionally ordered UCPD to turn over all known copies of my photographs that had been produced, hence the three folders, each with at least one set of color print-outs of my photographs. Note the one on the left includes the text "Must See." The paper on the right is the sworn declaration of all use and distribution of the photos by UCPD that the judge required UCPD to submit.

UCPD has not yet returned the final photograph I shot on December 11th, that of the first patrol car approaching the scene.

Eight Arrested at UC Berkeley After Concert & March:
http://www.indybay.org/newsitems/2009/12/1...
§Marching down Euclid towards campus at the conclusion of the evening concert
by dave id Friday Dec 10th, 2010 12:16 AM 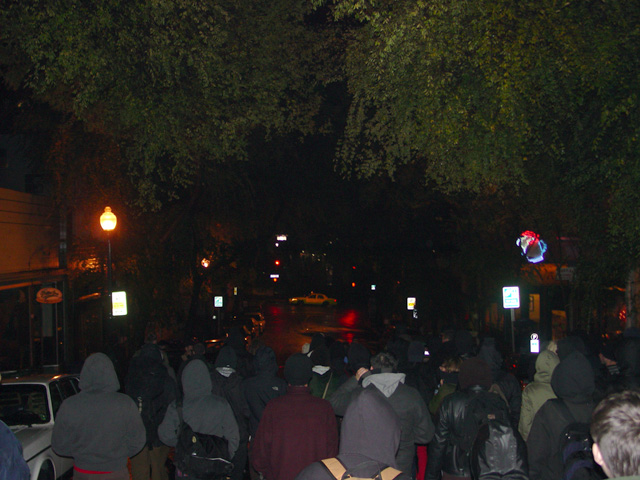 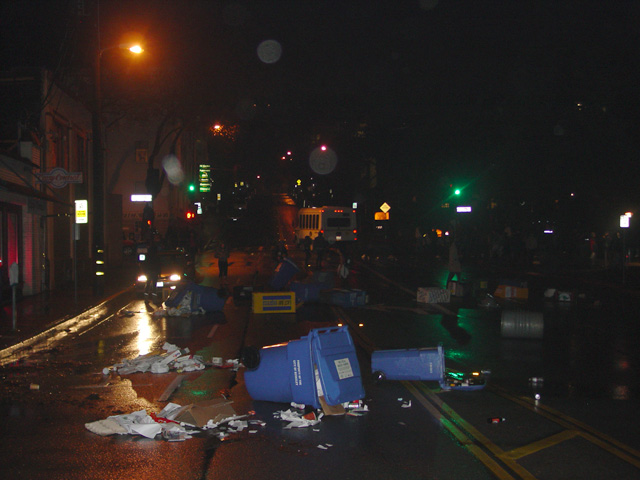 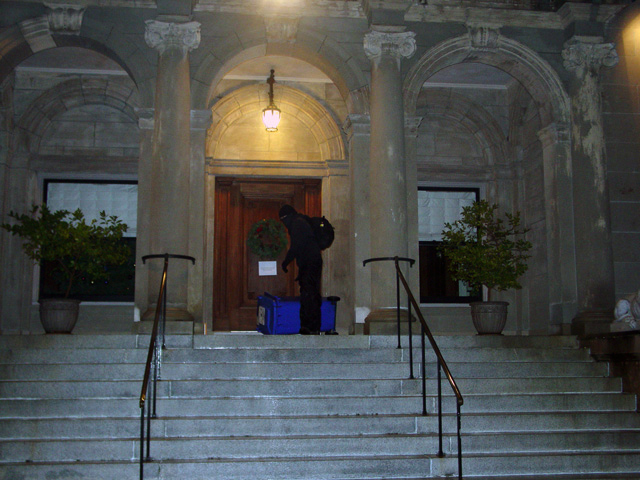 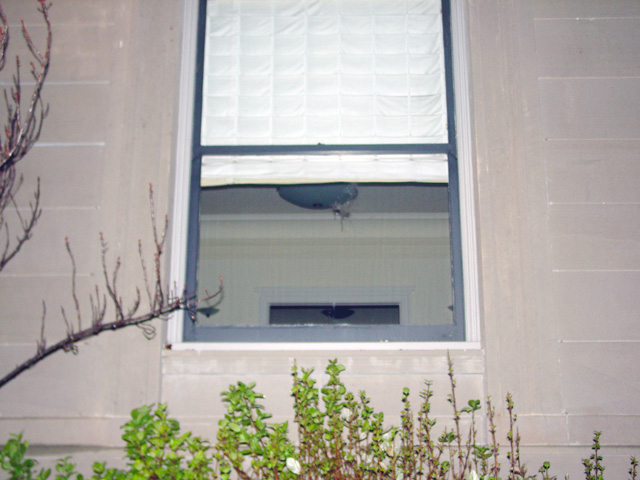 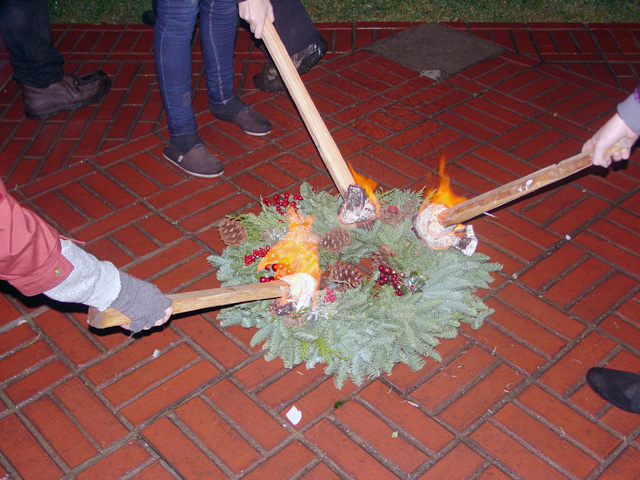 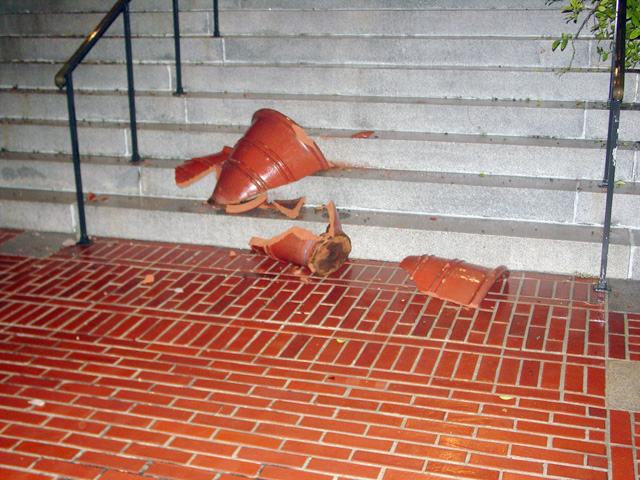 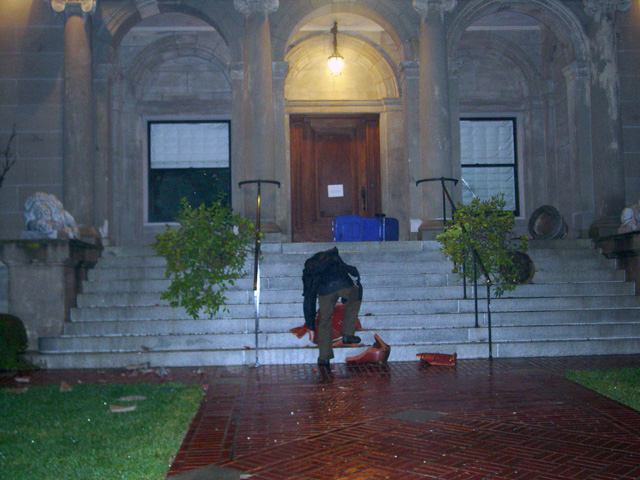 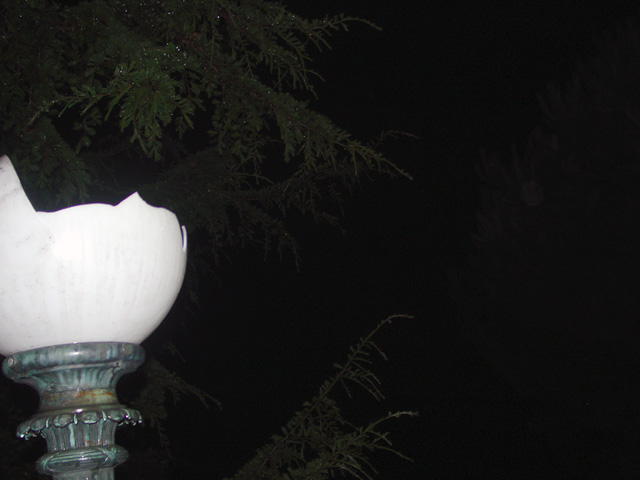 The final shot, taken just after this one, was looking down the sidewalk stairs toward the approaching UCPD vehicle below, but UCPD has not returned that photograph.

Officer Wyckoff, when he first approached me, said, "I saw you take a picture of us. We want your camera. We believe your camera contains evidence of a crime." The lawsuit filed today intends to help stop this type of thinking and behavior by UCPD in that it requests a court-ordered mandate for police training related to dealing with the press.
http://www.indybay.org/newsitems/2009/12/1...
Add Your Comments

§Evidence provided to question leadership competence of UC Berkeley Chancellor
by Milan Moravec
Friday Dec 10th, 2010 12:43 PM
(The signs of UC Berkeley’s relative decline are clear. In 2004, for example, the London-based Times Higher Education ranked UC Berkeley the second leading research university in the world, just behind Harvard; in 2009, that ranking, due largely to an expanding student-to-faculty ratio, had tumbled to 39th place.)
When UC Berkeley announced its elimination of baseball, men’s and women’s gymnastics, and women’s lacrosse teams and its defunding of the national-champion men’s rugby team, the chancellor sighed, “Sorry, but this was necessary!”
But was it? Yes, the university is in dire financial straits. Yet $3 million was somehow found to pay the Bain consulting firm to uncover waste and inefficiencies in UC Berkeley, despite the fact that a prominent East Coast university was doing the same thing without consultants.
Essentially, the process requires collecting and analyzing information from faculty and staff. Apparently, senior administrators at UC Berkeley believe that the faculty and staff of their world-class university lack the cognitive ability, integrity, and motivation to identify millions in savings. If consultants are necessary, the reason is clear: the chancellor, provost, and president have lost credibility with the people who provided the information to the consultants. Chancellor Robert J Birgeneau has reigned for eight years, during which time the inefficiencies proliferated. Even as Bain’s recommendations are implemented (“They told me to do it”, Birgeneau), credibility and trust problems remain.
Bain is interviewing faculty, staff, senior management and the academic senate leaders for $150 million in inefficiencies, most of which could have been found internally. One easy-to-identify problem, for example, was wasteful procurement practices such as failing to secure bulk discounts on printers. But Birgeneau apparently has no concept of savings: even in procuring a consulting firm, he failed to receive proposals from other firms.

Students, staff, faculty, and California legislators are the victims of his incompetence. Now that sports teams are feeling the pinch, perhaps the California Alumni Association, benefactors and donators, and the UC Board of Regents will demand to know why Birgeneau is raking in $500,000 a year despite the abdication of his responsibilities.
The author, who has 35 years’ consulting experience, has taught at University of California Berkeley, where he was able to observe the culture and the way the senior management operates.