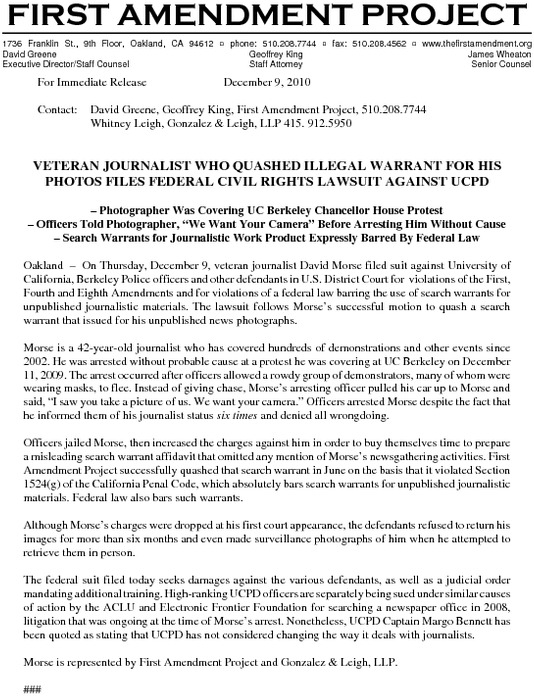 Oakland — On Thursday, December 9, veteran journalist David Morse filed suit against University of California, Berkeley Police officers and other defendants in U.S. District Court for violations of the First, Fourth and Eighth Amendments and for violations of a federal law barring the use of search warrants for unpublished journalistic materials. The lawsuit follows Morse’s successful motion to quash a search warrant that issued for his unpublished news photographs.

Morse is a 42-year-old journalist who has covered hundreds of demonstrations and other events since 2002. He was arrested without probable cause at a protest he was covering at UC Berkeley on December 11, 2009. The arrest occurred after officers allowed a rowdy group of demonstrators, many of whom were wearing masks, to flee. Instead of giving chase, Morse’s arresting officer pulled his car up to Morse and said, “I saw you take a picture of us. We want your camera.” Officers arrested Morse despite the fact that he informed them of his journalist status six times and denied all wrongdoing.

Officers jailed Morse, then increased the charges against him in order to buy themselves time to prepare a misleading search warrant affidavit that omitted any mention of Morse’s newsgathering activities. First Amendment Project successfully quashed that search warrant in June on the basis that it violated Section 1524(g) of the California Penal Code, which absolutely bars search warrants for unpublished journalistic materials. Federal law also bars such warrants.

Although Morse’s charges were dropped at his first court appearance, the defendants refused to return his images for more than six months and even made surveillance photographs of him when he attempted to retrieve them in person.

The federal suit filed today seeks damages against the various defendants, as well as a judicial order mandating additional training. High-ranking UCPD officers are separately being sued under similar causes of action by the ACLU and Electronic Frontier Foundation for searching a newspaper office in 2008, litigation that was ongoing at the time of Morse’s arrest. Nonetheless, UCPD Captain Margo Bennett has been quoted as stating that UCPD has not considered changing the way it deals with journalists. 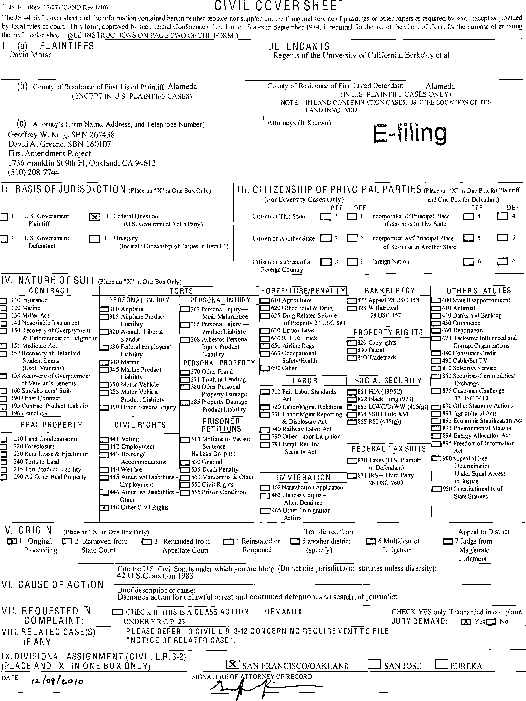 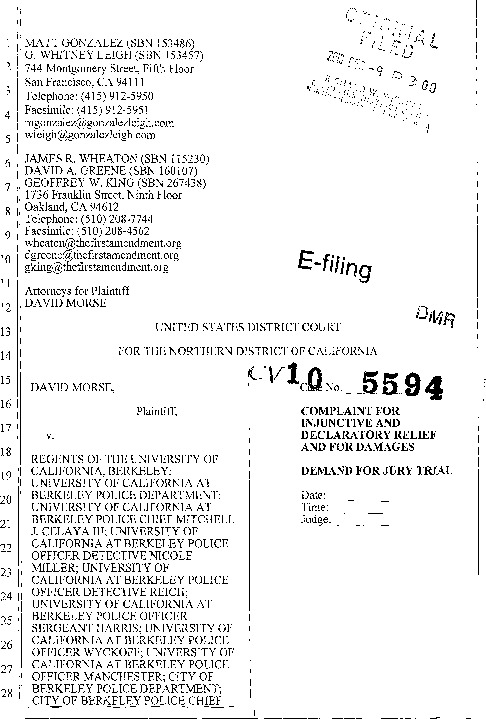 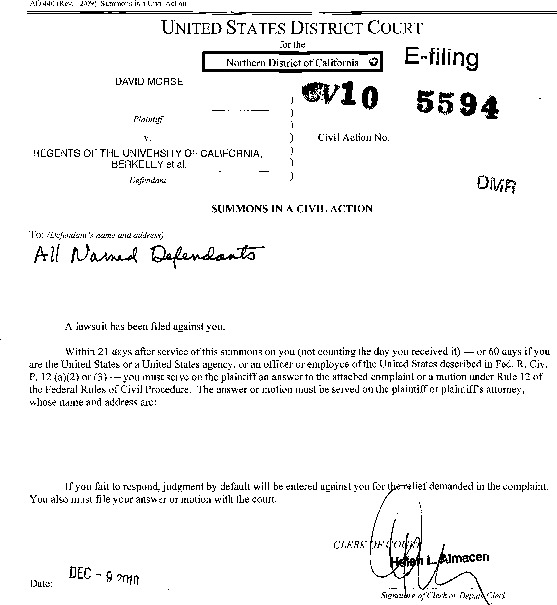 http://www.indybay.org/newsitems/2010/04/2...
Add Your Comments
LATEST COMMENTS ABOUT THIS ARTICLE
Listed below are the latest comments about this post.
These comments are submitted anonymously by website visitors.