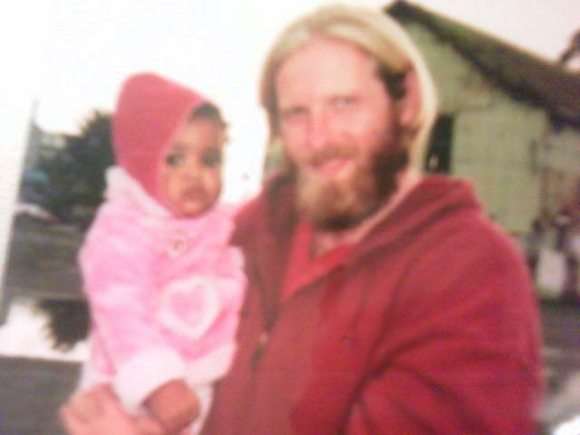 On August 9, 2007, Martin Frederick Cotton II was brutally beat to death- and then refused medical treatment -by Eureka Police and Humboldt County Sheriff "Correctional Officers" (in the jail).

Jury trial is scheduled in the Federal Court in Oakland in front of Judge Saundra Brown Armstrong to begin January 10, 2011, 8:30am.  There will be over ten cops exposed and on trial for killing Martin.

A couple of us from Redwood Curtain CopWatch want to travel to the Bay Area (and points between and around here and there) to talk to groups of people about what happened to Martin Cotton, to invite people to the trial, and to help connect the conversations and struggles that our communities are engaged in regarding police brutality.  We are looking for ideas, suggestions, and help in our organizing to make presentations and participate in gatherings and conversations regarding state violence, in these days leading up to the trial.  Beginning on December 13th and probably running for two or three weeks, we want to have a full schedule in the Bay Area and thereabouts.  Can you help?  Perhaps, for instance, you could book us to make a presentation where you live, publicize our visit and the upcoming trial, and/or inform us of events and discussions already planned in your area.

We want to fill the courtroom throughout the trial. We know that the presence of people opposed to state violence and murder is important for a jury to see, is critical support for the Cotton family and vulnerable witnesses, and can teach us (in many ways) more about the system we are up against.

Please begin organizing, where you live, to be there and make sure that it is known what these cops have done, what violence this system inflicts, and we want it to be understood- We will not tolerate intimidation, beatings, and murder by the police!!

We are SEEKING YOUR HELP for the informational tour leading up to the trial.

We will be organizing people to travel from Humboldt to the Bay area to witness the trial.  If you are in the Bay Area (or anywhere somewhat close), please organize support and presence in your area.   And if you can help folks from Humboldt get there, let's talk.

Martin Cotton II was living houseless and unarmed when, on August 9, 2007, he was pepper sprayed (by 3 different cops), beaten with batons, fists, kicks, body/head slams to the concrete (by no less than 7 cops), had his head covered, suffered nunchakus slammed on his arms while he was handcuffed, and was brought to the County jail where he was further attacked by cops, and was left to die on the floor of the cell.

The beating by the Eureka cops occurred in front of many people- vulnerable people- mostly men who were living at the Eureka Rescue Mission, a so-called Christian shelter that has been known to most resemble- in policy, attitude, and corruption -a prison. The last part of the fatal beating occurred behind closed doors in the Humboldt County Correctional Facility (jail), with some of it caught on video.

The cops and medical staff at the jail, where Martin died, had no concern for his battered body or the fact that he was dying.

The media, to this day, continues to criminalize Martin Cotton and blame him for his own death.  The media also has conveniently been silent regarding the names of the numerous cops and jail guards who murdered him.

The stories from the cops and the coroner (who is now the mayor of Eureka) changed many times, in attempts to justify the beating and the murder of Martin Cotton.  The District Attorney, lauded by the white 'progressives' of the area as a leftist "justice for all" guy, ignored and failed to seek many witness' testimonies, but made sure he declared the killing "justified" (as he has in every local murder by the police).

While none of the above-described circumstances are surprising for most of us who are targeted by the State or otherwise pay attention to its daily abuse, Martin Cotton's death reveals and magnifies, on many levels, the horrendous attitudes that underlie and perpetuate State violence and murder.  And while we can have little to no faith in the court system to be an arbiter of justice, trials do, at times, allow a forum to expose the people involved and (at least parts of) the truth of what happened -if observers know of the trial and watch and listen carefully.

Redwood Curtain CopWatch has been talking with witnesses since Martin's murder.  We have distributed thousands of reports on the streets about what happened, who killed Martin, and the lies that have been spread by the government and the media; and we support Martin's family in any ways we can.  We've declared August 9th (the anniversary of Martin's death) "Cotton Day"  and have protested for three years throughout Eureka regarding Martin's beating and murder and generally, the vile treatment by police of people living without shelter.

Please call or email as soon as possible if you have ideas or want to begin making concrete plans with us for our tour and the trial.