Add an Event
Newswire
Calendar
Features
Home
Donate
From the Open-Publishing Calendar
From the Open-Publishing Newswire
Indybay Feature
Publish to Newswire
Add an Event
Related Categories: Santa Cruz Indymedia | Health, Housing & Public Services | Police State & Prisons
Four SCPD Officers Issue Groundless Citation to Woman for Spitting on Pacific Avenue
by ~Bradley (bradley [at] riseup.net)
Wednesday Oct 20th, 2010 10:58 PM
On the night of October 20th, four Santa Cruz Police Department officers flexed their arbitrary rule in the ongoing war against poor people trying to survive on the streets when they ticketed a woman on Pacific Avenue for spitting. These boys in blue did not find it prudent to give this guest to our city a warning about spitting on the sacred sidewalks of Santa Cruz. She was issued a ticket for nothing more than spitting.

Santa Cruz Municipal Code section 9.50.020, governing conduct on public property, monuments, and lawns, indicates that the ticket is unjustifiable and therefore should not have been issued. 9.50.02 (d) forbids the intentional discharge of a liquid substance. However, the municipal code states that a person is violating 9.50.02 "after having been notified by a police officer, public officer or downtown host that he or she is in violation of the prohibition."

The woman who was cited for spitting told the SCPD officers that she is a military veteran who helped people as part of a special K9 unit. She also demonstrated a chant and march from her military training before giving Officer Winston an "autograph." After the police left, she showed me and another observer where she got shot in the knee while in the military. She told me that she had been in Santa Cruz for two days. 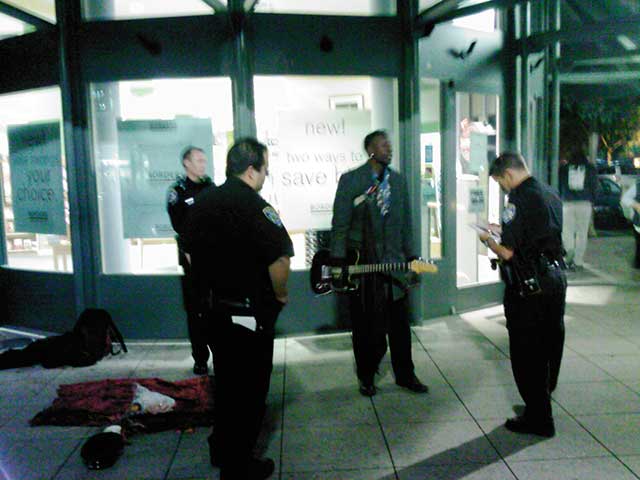 The Santa Cruz police generally do not like to be observed when they are harassing people. And they appreciate it even less when their persecutions are documented by people on the street.

Myself and another individual were observing the police harassment from a reasonable distance on the sidewalk, at the corner of Pacific and Soquel Ave. The police began to disrupt my observation and documentation by approaching and photographing me. The other observer was also bullied by the police. He was intimidated into briefly leaving after being told he was on probation. He later told me that he is not on probation, but even if he was, it would probably still be lawful for him to stand on the sidewalk.

Officer Winston issued the ticket to the woman for spitting, even though no prior warning was given, which is required under Santa Cruz Municipal Code section 9.50.020. He then chose me for his next person to harass. I was standing on the sidewalk next to my bicycle and he said that I better have a light. But he was not done looking for a reason to issue me a petty ticket. Winston then said, "You better have a license for your bike." Then he looked and said, "You don't have one. Take out your identification." Even though I was not even riding my bike, Winston was ready to write me a ticket, but I pointed out that I have a license on my bike.

The officers refused to give me one of their cards, or their badge numbers.

Four Santa Cruz Police Department officers have the time to harass and unlawfully ticket someone for spitting on the sidewalk. In retribution for my documentation, Officer Winston looked to give me a ticket for not having a bicycle license. At the same time, the SCPD insists that public safety is in serious jeopardy and that Measure H needs to be passed on November 2nd because the police need more money and more officers on the street.
http://bradleystuart.net
§
by ~Bradley Wednesday Oct 20th, 2010 10:58 PM 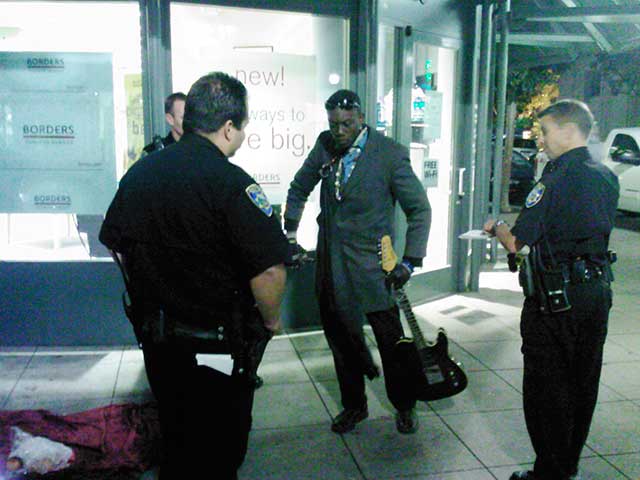 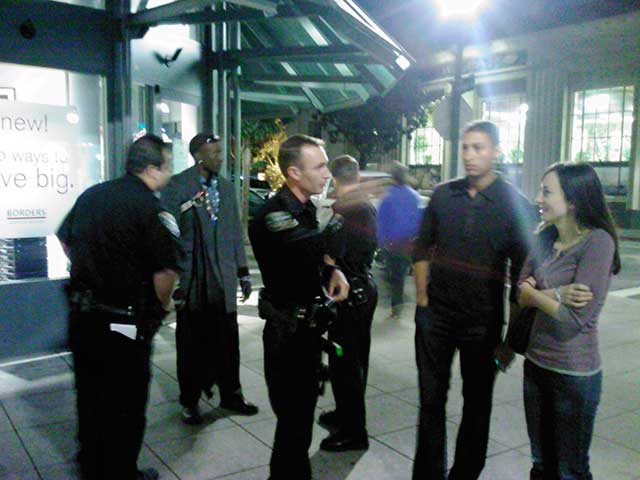 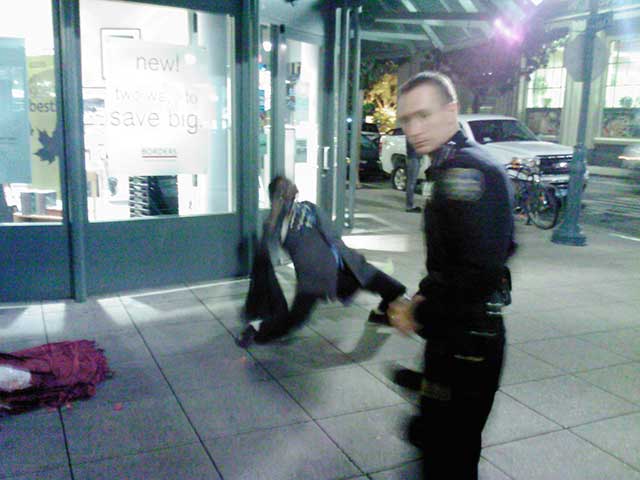 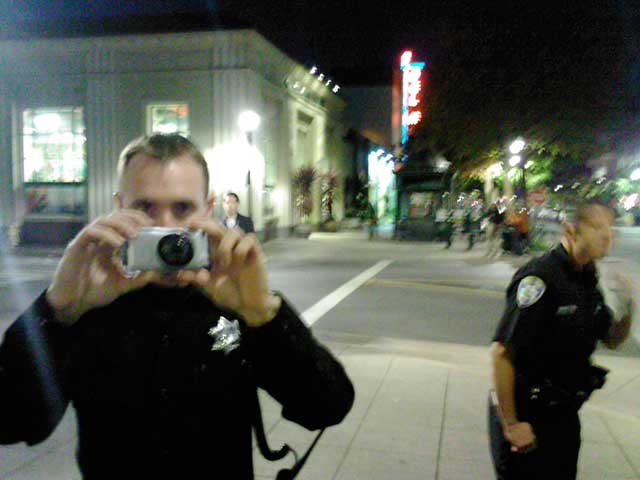 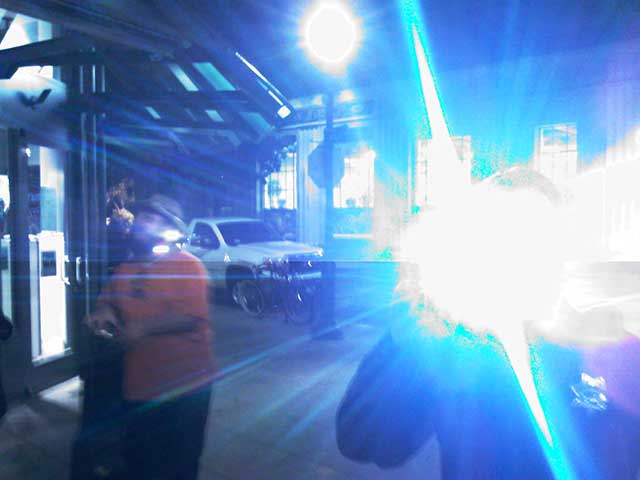 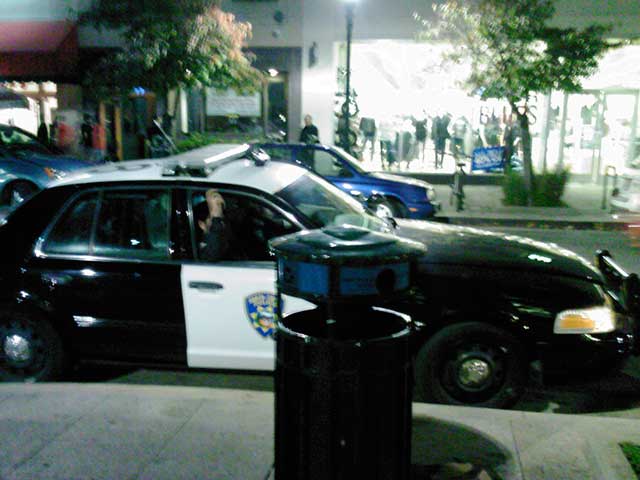 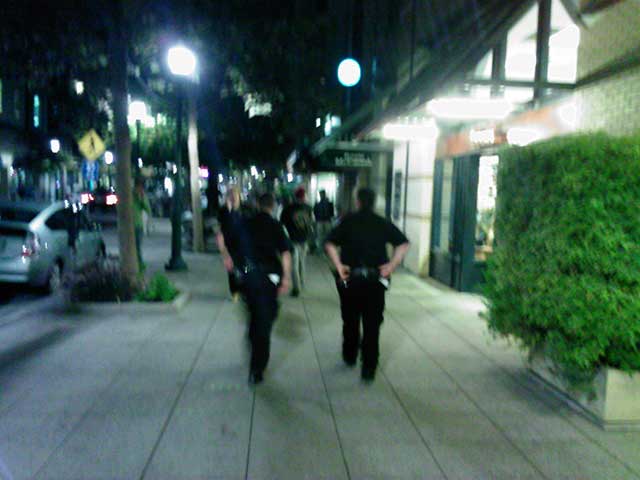