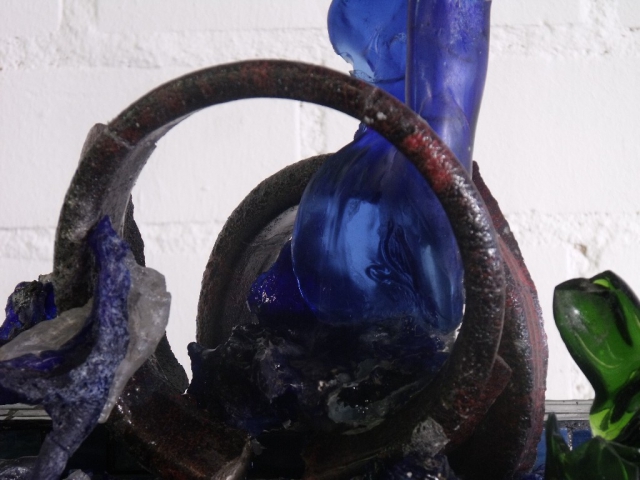 Import event into your personal calendar
Date:
Sunday, October 17, 2010
Time:
3:00 PM - 5:30 PM
Event Type:
Other
Organizer/Author:
Ariyana Gibbon
Email:
healingfromtheashes [at] live.com
Phone:
818 445 1675
Address:
8263 Foothill Blvd, Sunland CA 91040
Location Details:
Century 21 Crest Building 8263 Foothill Boulevard, Sunland, CA 91040
The art speaks of hope. It speaks of transformation. It is rich in variety and inspiration. Some pieces are eloquent in their simplicity; others are remarkably complex. All are created, literally, from the ashes…more specifically, from what remained within the ashes.

A year has passed since the Station Fire tore through the Angeles National Forest, forever changing the lives of those who live in the forest, work in the forest, and serve as first responders in emergencies.

The Station Fire remains the largest wild land fire in the history of Los Angeles County, and its management remains a topic of controversy.

Ariyana Gibbon knows what fire can do to a person’s life. She is a fire survivor. She used that memory, and empathy, to create the Healing From The Ashes art exhibition. The purpose of this very interactive, multi-media, multi-artist collaborative endeavor is to sell pieces of art (composed from remnants left behind by the fire) to benefit seven families who lost everything in the fire and did not have insurance.

Nearly ninety homes, businesses and structures were lost in the fire, and two Los Angeles County firefighters perished in the blaze. Much of the community that once thrived at the base of the Angeles National Forest is gone now. Some people have chosen to rebuild. Others have moved on. And others simply cannot afford to rebuild.

The show includes 33 contributing artists and over 65 artworks to choose from, which are being sold using a silent auction format at the show, which runs October 3 through October 21 at the Century 21 Crest Building in Sunland, California.

Special events have been a part of the show since its opening. Saturday, October 16 artists will demonstrate the techniques they used to create pieces from the remnants collected after the fire.

On Sunday, October 17 a poetry reading, “Inspired By The Fire” with Jane Fontana, Dorothy Skiles and other poets will be held from 3 p.m. to 5:30 p.m.

On the closing evening of the show, Corina Roberts will present the Forest Recovery Project, a visual documentary of the recovery of the Angeles National Forest from the fire, followed by a closing reception from 8 p.m. to 10 p.m.

The gallery is open from noon to 6 p.m. Wednesday through Sunday. The gallery is located on the east end of the Century 21 Crest Building, 8263 Foothill Boulevard, Sunland, California 91040. A website, HealingFromTheAshes.org, has been created for the show where many of the works can be viewed. All proceeds will be donated to the families who lost everything in the fire and at the time of the fire had no insurance. The suggested donation for all events is $10.00. 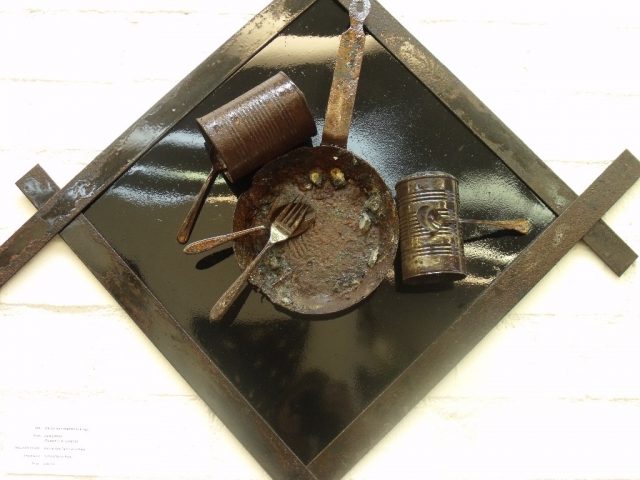 original image (1024x768)
detail, one of over 65 pieces in the Healing From The Ashes exhibition
END_OF_DOCUMENT_TOKEN_TO_BE_REPLACED
§
by Ariyana Gibbon 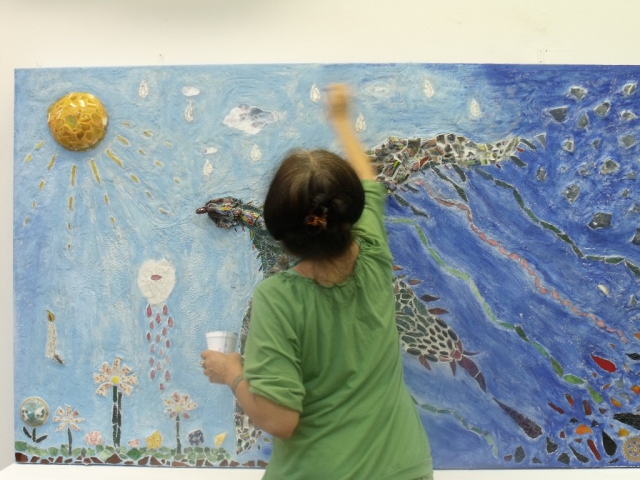 original image (1024x768)
Ariyana Gibbon works on a collaborative piece in the Helaing From The Ashes exhibition
END_OF_DOCUMENT_TOKEN_TO_BE_REPLACED
Add Your Comments
Support Independent Media
We are 100% volunteer and depend on your participation to sustain our efforts!