Add an Event
Newswire
Calendar
Features
Home
Donate
From the Open-Publishing Calendar
From the Open-Publishing Newswire
Indybay Feature
Publish to Newswire
Add an Event
Related Categories: East Bay | Anti-War | Media Activism & Independent Media
Campaign Kick-Off to Free Whistle-Blower Bradley Manning, Oakland, 9/16/10: photos & audio
by dave id
Sunday Sep 19th, 2010 9:28 PM
Pfc. Bradley Manning released video of the murder of two Reuters reporters and several others by U.S. military members in Iraq. The video is viewable online at the Wikileak's website Collateral Murder. After being held without legal representation in Kuwait, the U.S. military is now holding Bradley Manning at Quantico, Virginia and he faces over 50 years in jail. His trial is expected to begin in the Spring of 2011. On September 16th, 2010, a new campaign to free Bradley Manning kicked off at the Humanist Hall in Oakland with the slogan, "Blowing the whistle on war crimes is not a crime." 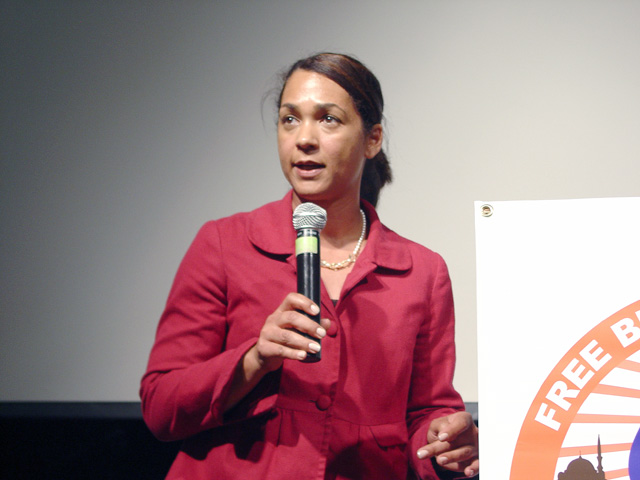 KFPA host Aimee Allison (pictured above) MC'd the event. She first introduced a 17-minute version of the leaked video which shows a U.S. helicopter gunning down several unarmed people including the Reuters reporters, and then shooting the surviving Reuters reporter and those attempting to rescue him, killing the adults and wounding two children -- all the while lying on the helicopter's radio about the weapons supposedly seen in the presence of the people they were shooting and callously making light of the situation.

Daniel Ellsberg said, "I can only hope that [Bradley Manning's] example will inspire others." 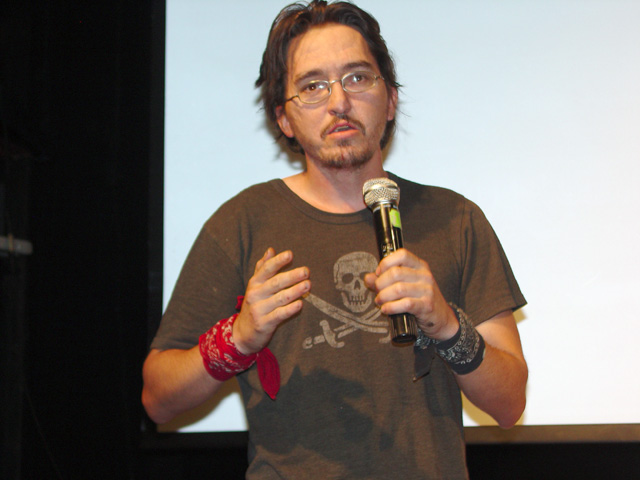 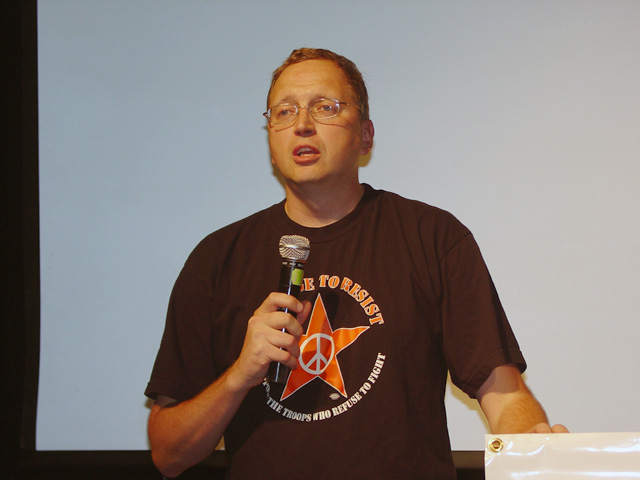 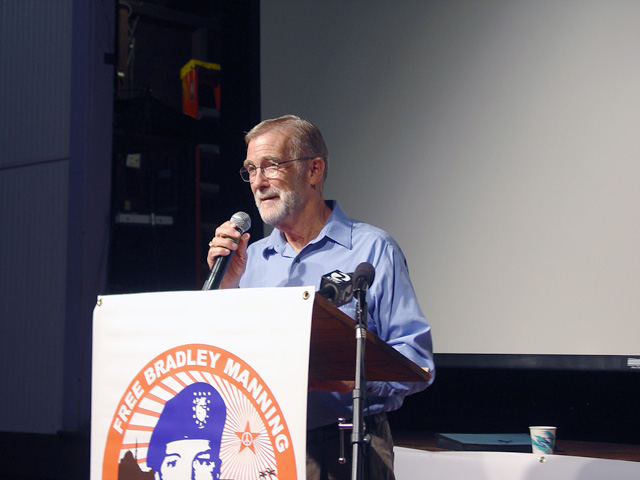 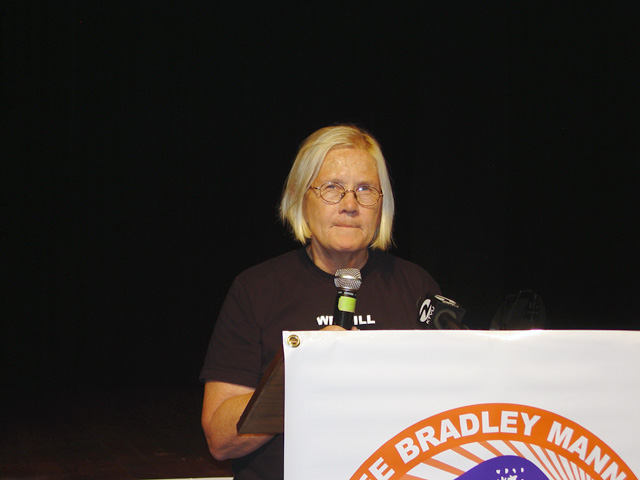 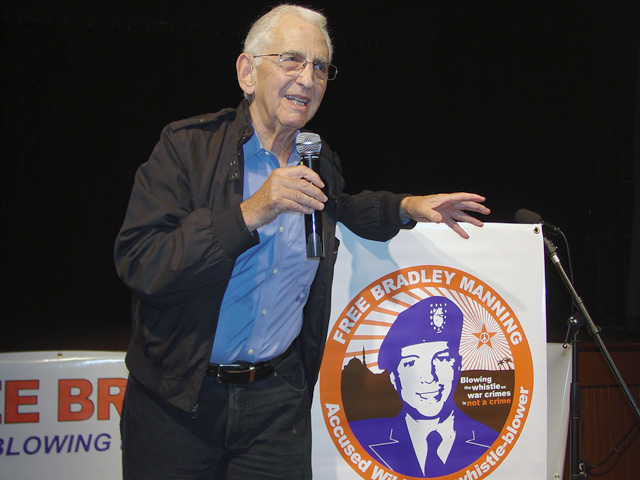 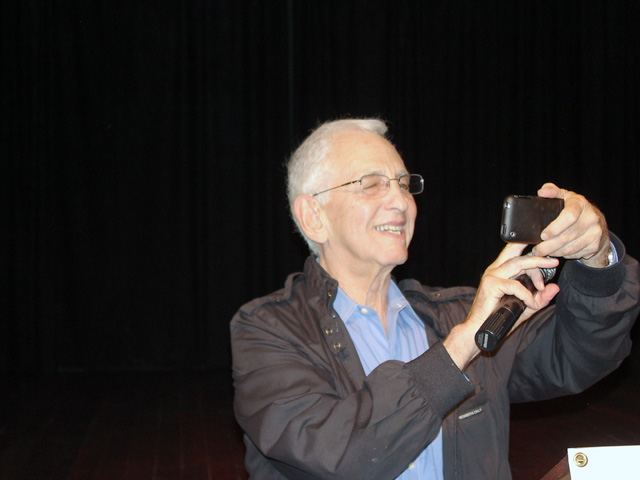 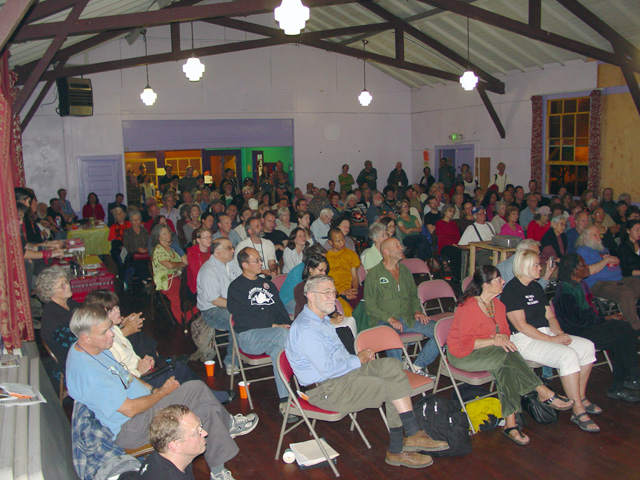 http://www.indybay.org/newsitems/2010/09/1...
Add Your Comments
Support Independent Media
We are 100% volunteer and depend on your participation to sustain our efforts!