The featured speakers will be Representative Ron Paul, former Libertarian candidate for President and candidate for the Republican nomination in 2008, and Matt Gonzalez, former President of the San Francisco Board of Supervisors and V.P. candidate on Ralph Nader's Independent ticket. Others will include Justin Raimondo, editor of the website AntiWar.com and John Dennis, an anti-war Ron Paul Republican challenging Nancy Pelosi for her Congressional seat.

Plus, of course, tabling(your organization welcome too), music, food, homeless asking for handouts, the guy with the electronic squid poster, and everything else that goes to make a San Francisco rally - except that you will not be expected to march in circles through the Tenderloin.
END_OF_DOCUMENT_TOKEN_TO_BE_REPLACED
Added to the calendar on Thu, Sep 2, 2010 2:33PM
Related Categories: San Francisco | Anti-War
Add Your Comments
Comments (Hide Comments)
§What's wrong with The Tenderloin?
by a
Aren't you concerned about people? It's reality. Plus, these folks are now dealing with gentrification (at least on 6th street).
Add a Comment
§And anti poor
by (A)
Clearly the organizers are elitist. Note that one of the principal organizers is a Ron Paul supporter. Ron Paul blames poor people for being poor.
Add a Comment
§While it's good that pro-capitalists are split, the left shouldn't unite with any of them!
by Aaron Aarons (kpfa2010 [at] aarons.fastmail.net)
While it is principled for anti-capitalist anti-imperialists to aid and abet direct actions against imperialism (including Zionism) by people we have no political unity with, it's very unlikely that right-wingers inside the U.S., such as the Ron Paul crowd, are going to take any such actions. And joining with them in a programmatic, political way would be a betrayal of people, such as undocumented immigrants and those dependent on the already-crippled welfare system, who are often targeted by those right-wing, America-First anti-war types.

Groups in other countries, such as Hamas and Hezbollah, do take such actions and should be supported in doing so to the extent possible. Nevertheless, it would be wrong for genuine leftists to politically ally with those groups, because such an alliance would necessarily be giving explicit or implicit support to their anti-woman, anti-gay, pro-capitalist policies and practices.

END_OF_DOCUMENT_TOKEN_TO_BE_REPLACED
Add a Comment
§Anti-poor and racist
by Won't be attending
Will there be a counter-anti war rally to offset this abortion of a demonstration? Anarchist bloc anyone?? Ron Paul is as bad as Glenn Beck, he claims to be for the poor and just because of his support for marijuana legalization he has a lot of support, but his early newsletters tell a different story. The fact they don't want to go through the tenderloin says it all.
Add a Comment
§As long as reformists on the right and left support wage slavery, I won't be attending.
by FUCKING LAME 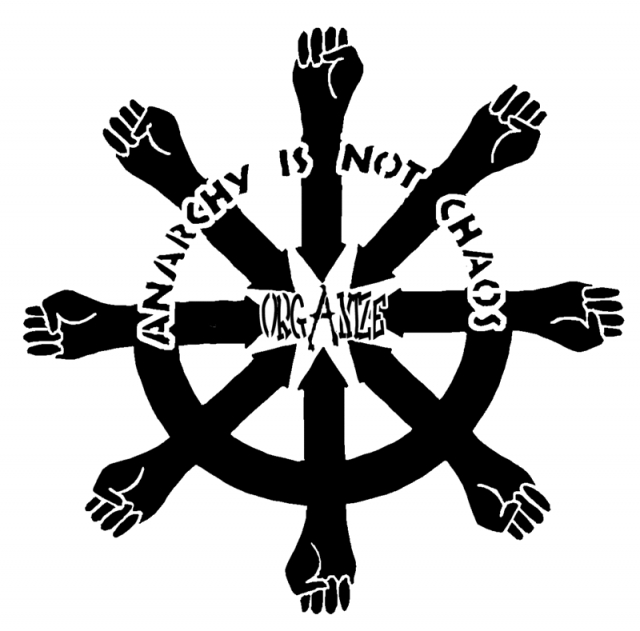 original image (800x789)
The only thing worth attending at this point is the insurrection. No more talking. Fuck this hope bullshit and the American dream;"nightmare" sounds more like it. This dream was never meant for the poor and oppressed; only a few rich greedy fucks and a dumbed down middle class always chasing the carrot, competing to win like a bunch of barbarians beating eachother over a piece of meat. No logic, Just Ignorance! If it weren't for middle class reformists slowing things down, shit such as: bankers, media lies, and false promises from poloticians would no longer be tolerated. THERE WOULOD BE A REAL VIOLENT REVOLUTION! Look in the past at every politician that has run for office and won the election. Compare their campaign promises to their actions after winning the election and all are liars and if there ever was a president who didn't lie and bacame a man of the people and against the system, the system would take them out with brutal force. That's the brutal truth you pro government libs and neo-cons can't take. That's why leaderless organization "ANARCHY" is going to work long after the collapse of this global fascist banker system; when corporate socialism can nolonger uphold corporate capitalism, the people won't be electing politicians. They'll be hanging them IN THE STREETS!!
Add a Comment
§Great Rally
by Esteban
Rally was amazing, great words from great people.

Also, the comments before me are very childish, as they obviously have no idea what this about, who the people are, or even what is going on in the world.
Add a Comment
Support Independent Media
We are 100% volunteer and depend on your participation to sustain our efforts!