by Jeff Paterson, Courage to Resist
120 supporters rallied to "Free Bradley Manning!" in Quantico, VA, a small town within a US Marine Corps base. Pfc. Manning was transfer after two months in solitary confinement in Kuwait to Quantico only seven days ago. Organized by CodePink and Courage to Resist in only five days, the rally was covered by CNN, ABC, international and local media. Despite being declared off limits to all service members stationed at Quantico, a number of Marines stopped by to talk about the issues. 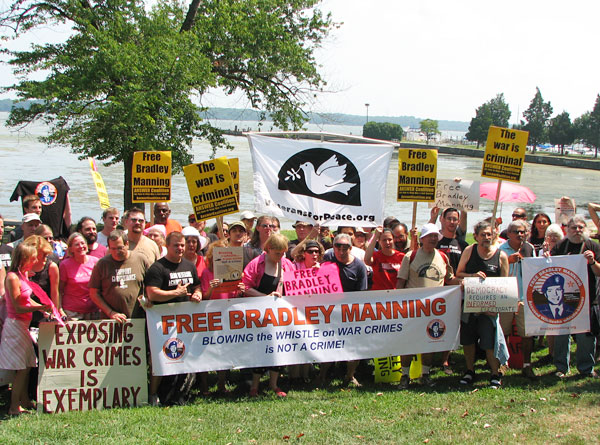 Private First Class Bradley Manning, a 22-year-old intelligence analyst stationed in Iraq, stands accused of disclosing classified video depicting American troops in Iraq shooting civilians from an Apache helicopter in 2007. Eleven people were killed, including two Reuters employees, and two children were critically injured. No charges have been filed against the soldiers who did the killing. News sources have also speculated about Manning's involvement in the leak of over 90,000 secret documents (collectively known as the Afghanistan "war logs") made public by WikiLeaks on July 25.

“Blowing the whistle on war crimes is not a crime,” says former Marine Corporal Jeff Paterson of Courage to Resist, a group working with the Bradley Manning Support Network to raise funds for Pfc. Manning's defense. 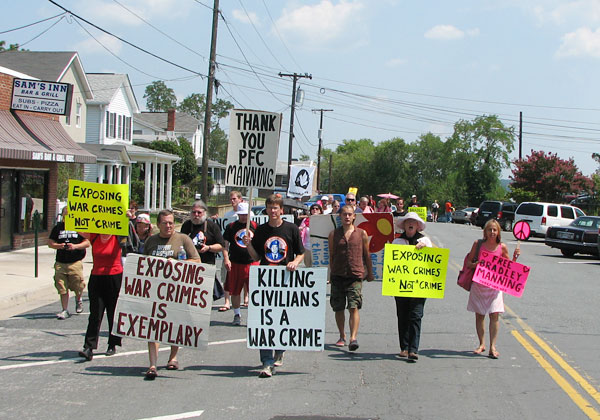 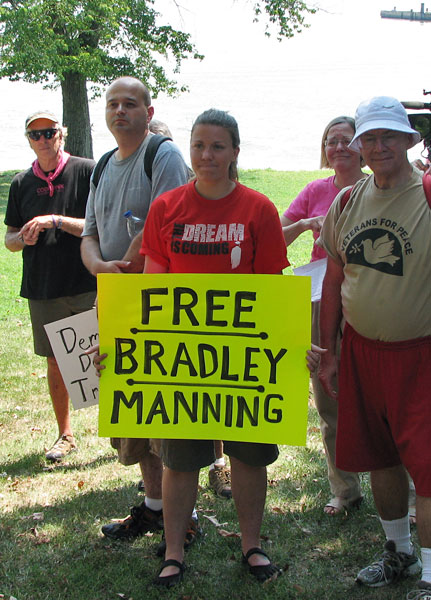 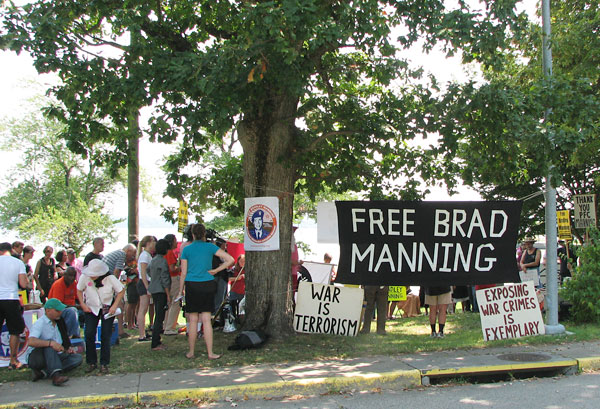 END_OF_DOCUMENT_TOKEN_TO_BE_REPLACED
§Josh Stieber, Iraq veteran of the ground unit that appears in the leaked video
by Jeff Paterson, Courage to Resist 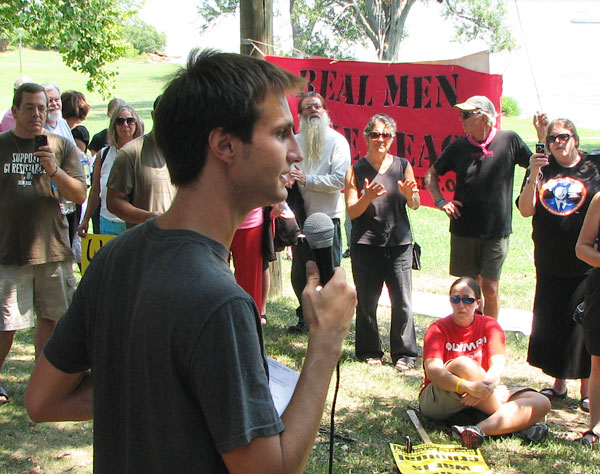 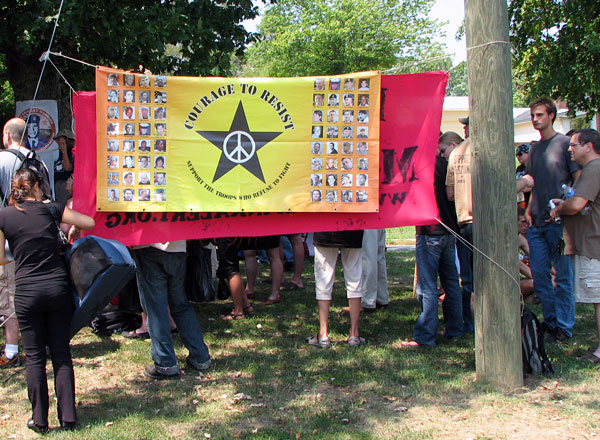 END_OF_DOCUMENT_TOKEN_TO_BE_REPLACED
§Veterans for Peace
by Jeff Paterson, Courage to Resist 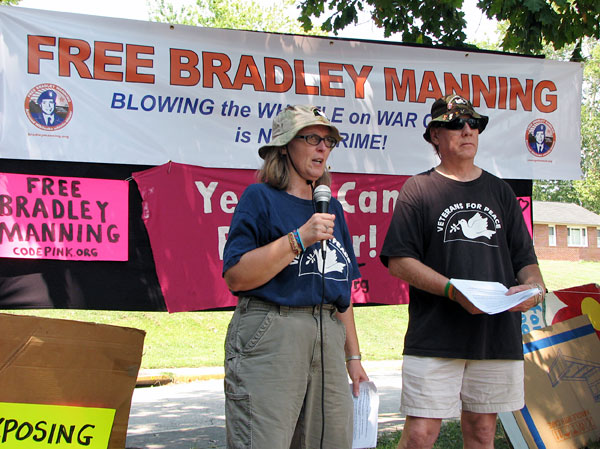 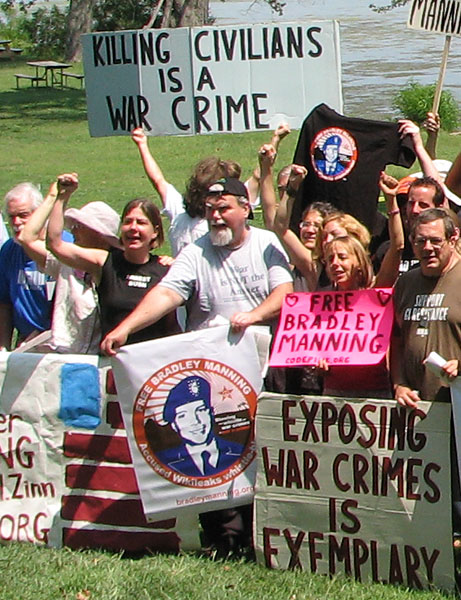 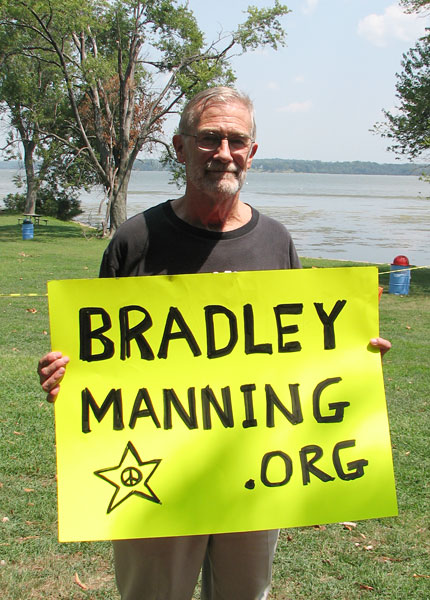 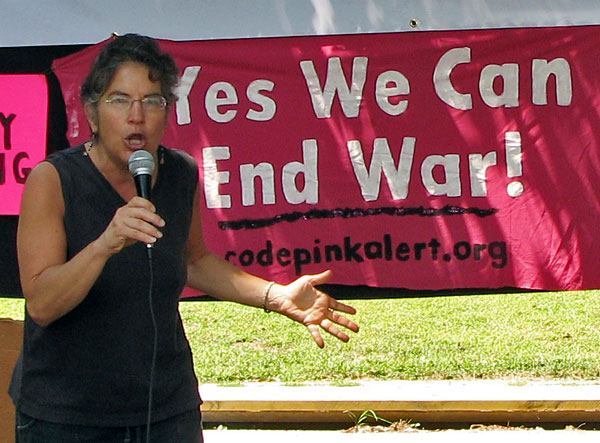 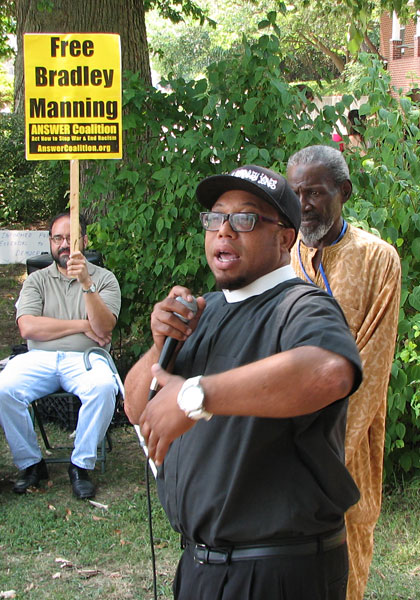 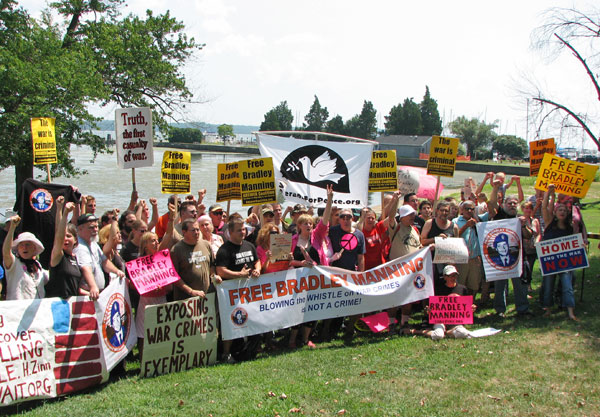 END_OF_DOCUMENT_TOKEN_TO_BE_REPLACED
§March on Quantico
by Jeff Paterson, Courage to Resist 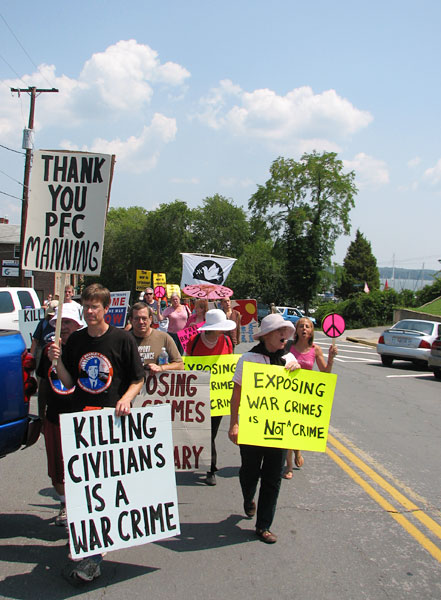 END_OF_DOCUMENT_TOKEN_TO_BE_REPLACED
Add Your Comments
Comments (Hide Comments)
§Bravo to all supporters of Prt. Bradley Manning
by DLi
Killing civilians is a war crime! Whistle-blowing is Courageous Act!
Add a Comment
§Unjust war, illegal violence.
by TM
U.S. Judge Jackson, chairman of the Nuremburg Trials 1945 says that the planning and doing of aggressive war is the supreme International crime on the planet earth, as it actuates all other crimes high, low, big and small. He further says that it is the supreme international crime whether Germany does it or the U.S.A does it. PFC Bradley Manning in exposing the war crimes of the Whitehouse-Pentagon unjust war and illegal violence caused by lies and deception of the American People, is a courageous hero, nationally and internationally in that he facilitates the epose' truth to every country on the planet earth, thereby allowing the world's people an intelligence and truthful understanding of the depravity and lies of the officals of U.S. Imperialist miliatary aggression. He brings us all a liberation path, to which we must not fail him or allow his prosecutors to harm him, much as LT. Watada stood down the military liers and won his truth to the world. Viva liberation from pollution wars, not endless wars for more pollution. Viva IVAW. Arise you prisoners of starvation. The workers have a world to win.
Add a Comment
§Thanks
by OneBean
Inspiring to see you guys taking this action in support of justice, compassion and peace and respect. Cyberspace brings people together but the sheer physical impact of people mobilising together still has far more power politically. From Australia.
Add a Comment
Support Independent Media
We are 100% volunteer and depend on your participation to sustain our efforts!