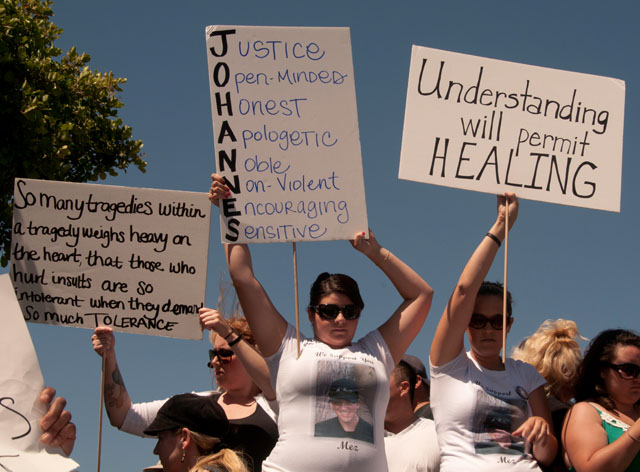 The whole pro-Mehserle rally reminded me of a lynch mob or a rally against civil rights in a small southern town in the early 1960s. There were about twice as many counter-protesters (for Oscar Grant) as there were supporters of police murder (not counting those in uniform being paid).
§goosestep
by Felix Barrett Tuesday Jul 20th, 2010 9:22 AM 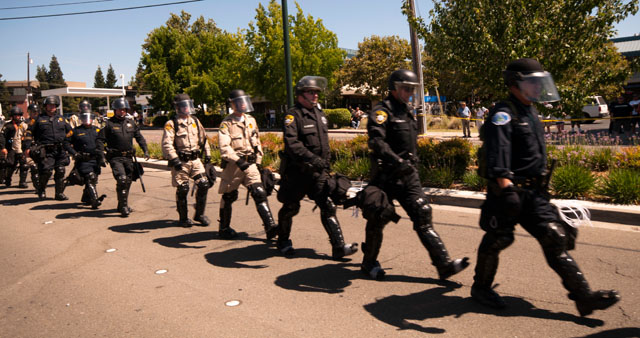 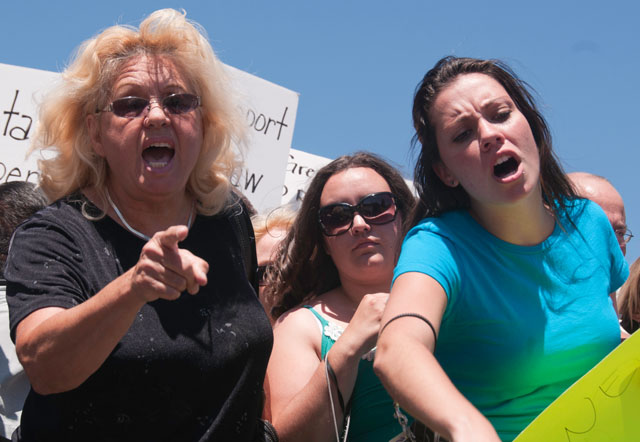 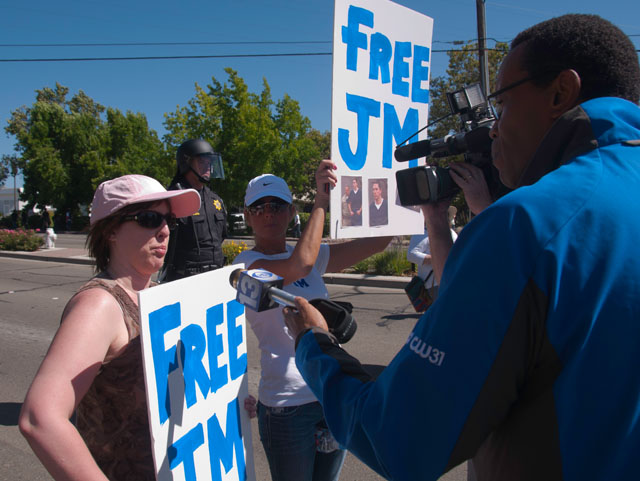 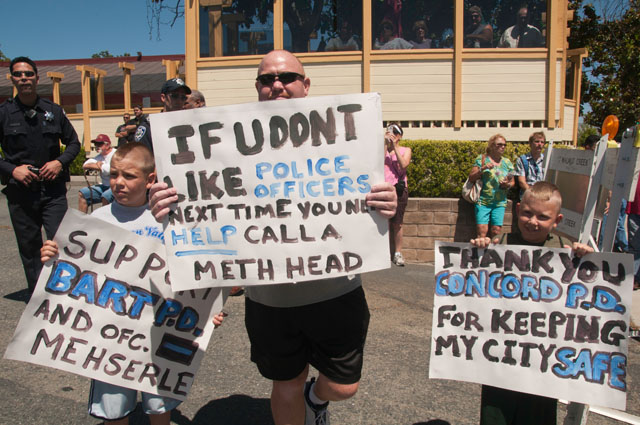 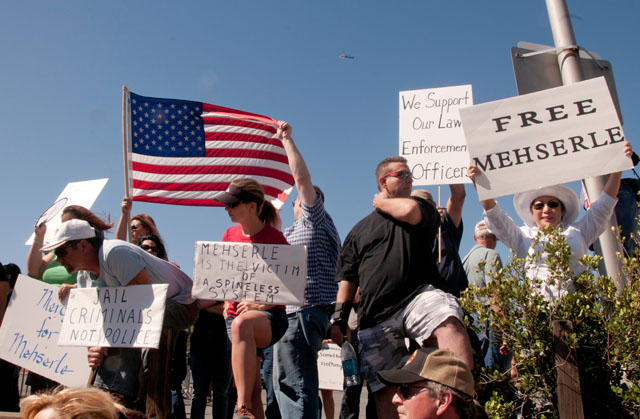 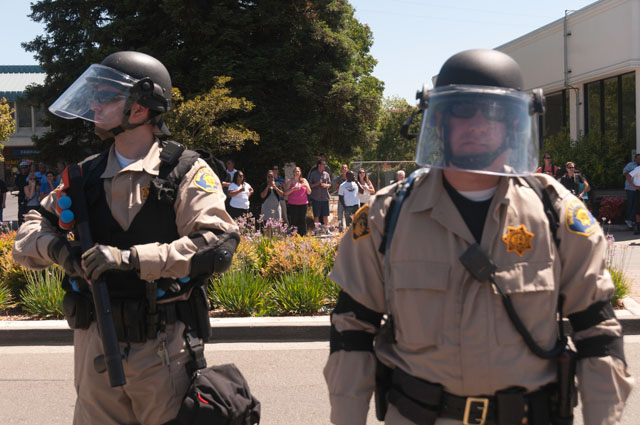