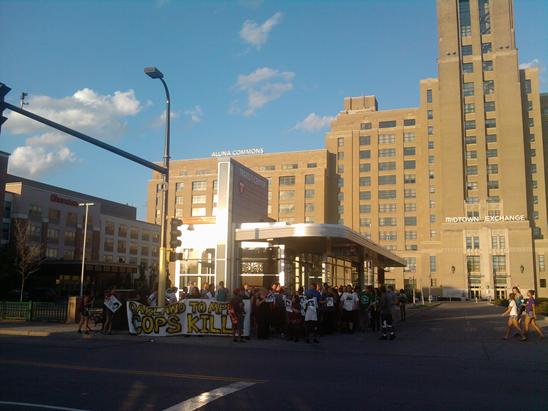 the noisy, march of 50-100 people traveled from Chi-Lake to Lyn-Lake and back again, making a stop at the police station at Nicollet and 31st.  although the cops were caught off guard, eventually a few squad cars and two bike cops trailed - but the march picked up more passersby than pigs.  the militant anti-police message was well received by bystanders on Lake Street, much more than, say, the average antiwar march in Minneapolis.  nobody was arrested and the event ended after a little over two hours.   no one organization was behind the unpermitted action. 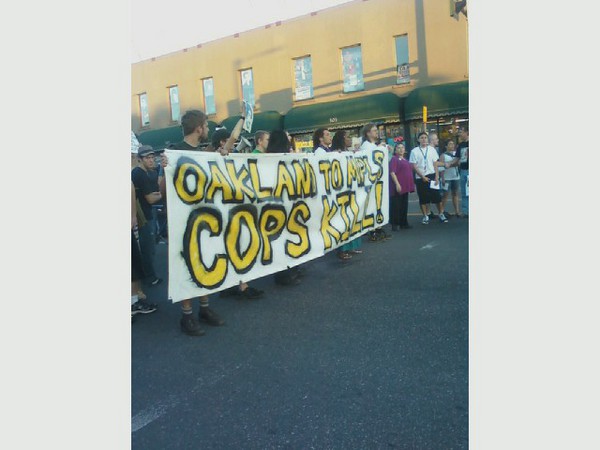 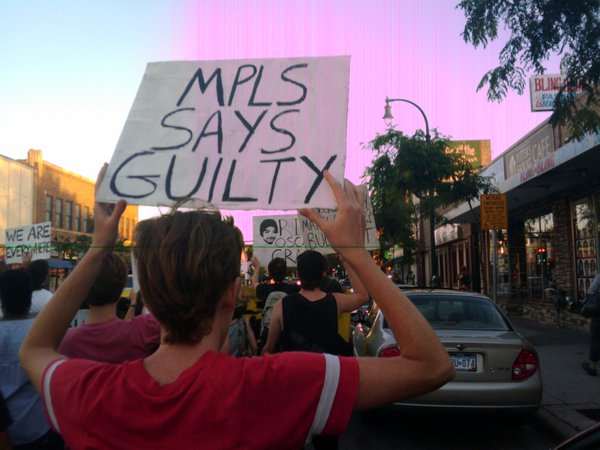