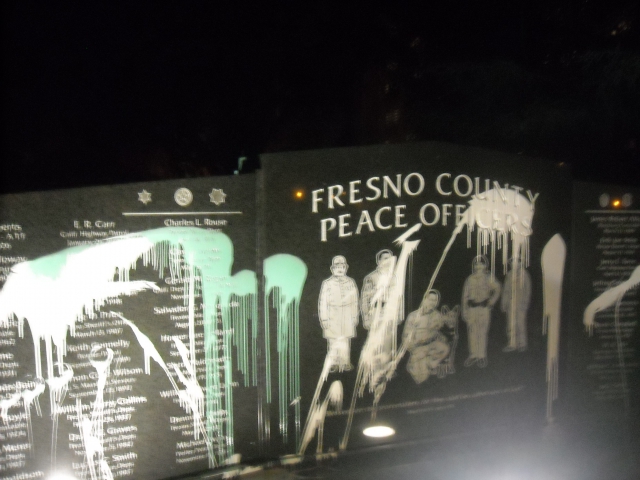 original image (3264x2448)
Because Police show so little respect for the life of the people they so visciously gun down, i.e. Oscar Grant, concerned citizens in Fresno vandalized a police officers Memorial in Fresno's courthouse park tonight. If the cops aren't going to show any respect for the people they are supposed to "Protect and Serve" we are not going to show any respect for their fallen.
The actions of the Police in Oakland tonight also show their disrespect for justice in General. Their heavy handed violence towards protestors just reinforces their total disconnect with the people of Oakland. Talk about outside agitators. No Justice, No Peace, Fuck the Police!
Add Your Comments
LATEST COMMENTS ABOUT THIS ARTICLE
Listed below are the latest comments about this post.
These comments are submitted anonymously by website visitors.