Add an Event
Newswire
Calendar
Features
Home
Donate
From the Open-Publishing Calendar
From the Open-Publishing Newswire
Indybay Feature
Publish to Newswire
Add an Event
Related Categories: East Bay | Police State & Prisons | Racial Justice
Pics of riot police near 12th and Broadway
by Z
Thursday Jul 8th, 2010 7:28 PM
Got out at 12th St BART on way home from work but lines of riot police were blocking all sides of the street and they were not allowing people back into BART for awhile. Some people trying to take the bus near where I was taking pictures were pretty upset at the police for the over-reaction to a small peaceful protest and and complained to me that Oakland claims to have a shortage of police but somehow found thousands of cops to block off streets not even that near the protest (which you can just make out in the distance in some of these photos) 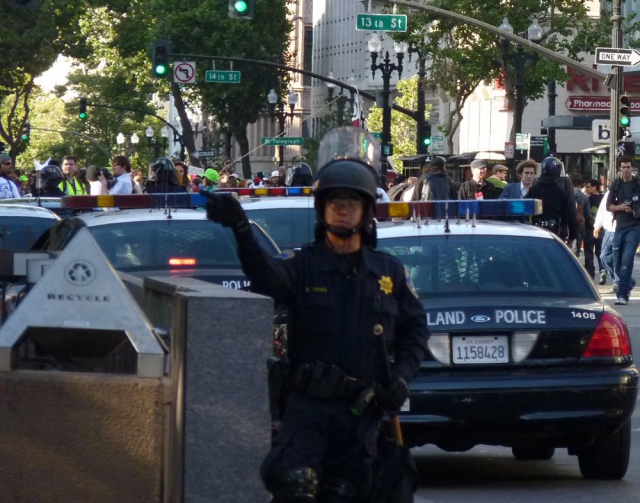 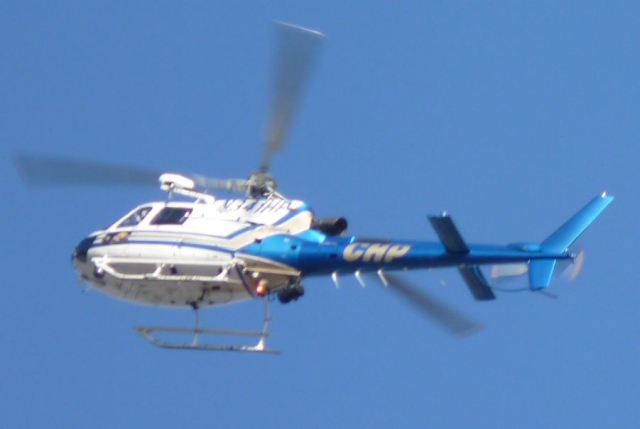 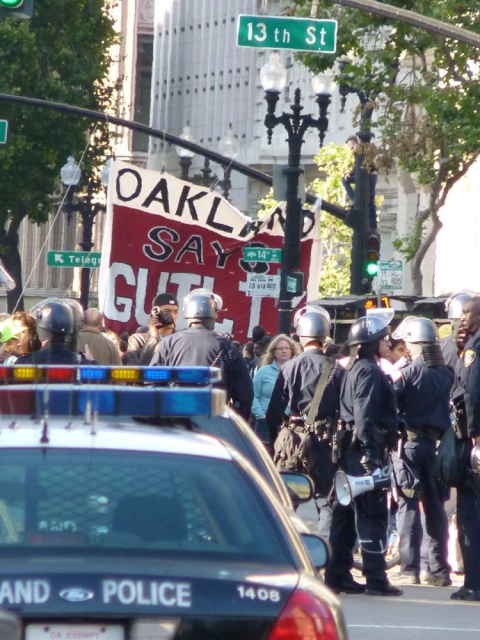 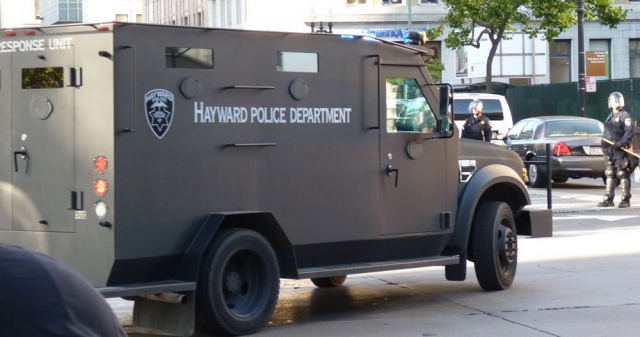 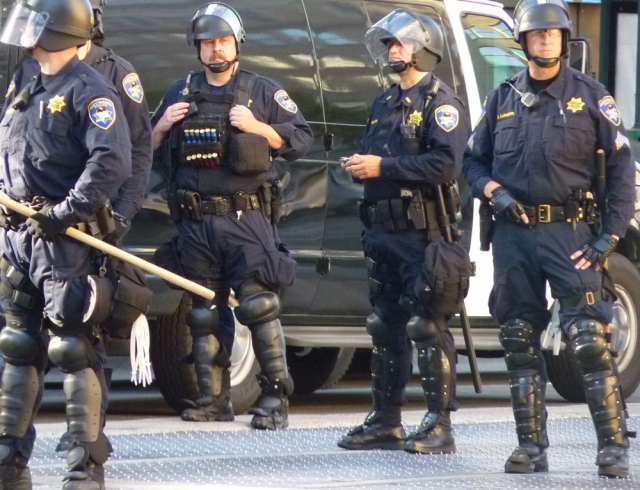 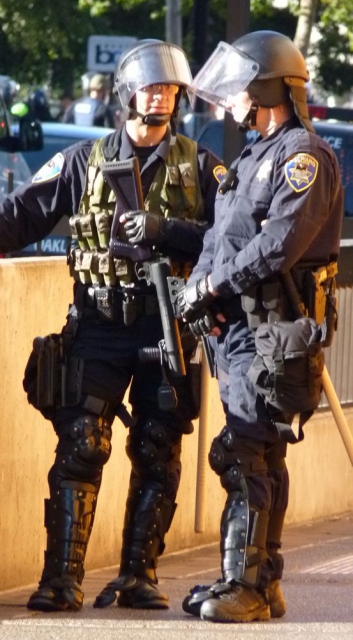 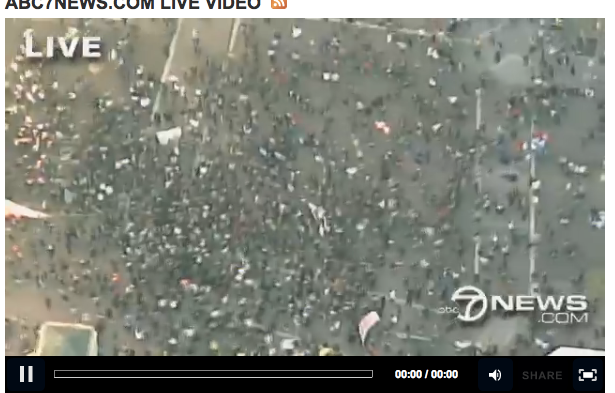 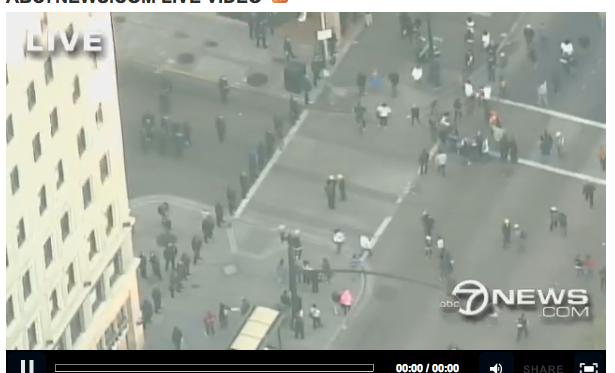 one of many lines of popo blocking side streets
§Police move in on crowd
by reposted Thursday Jul 8th, 2010 8:05 PM 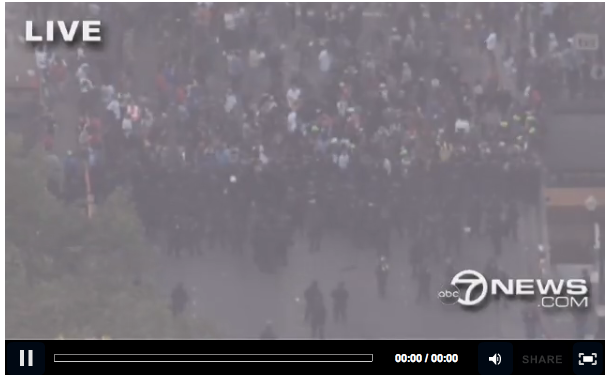 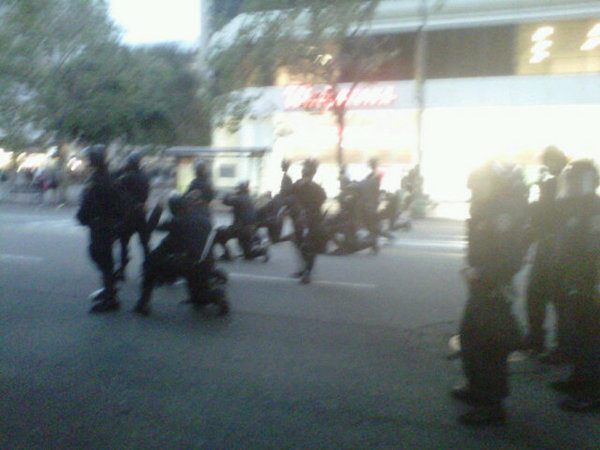 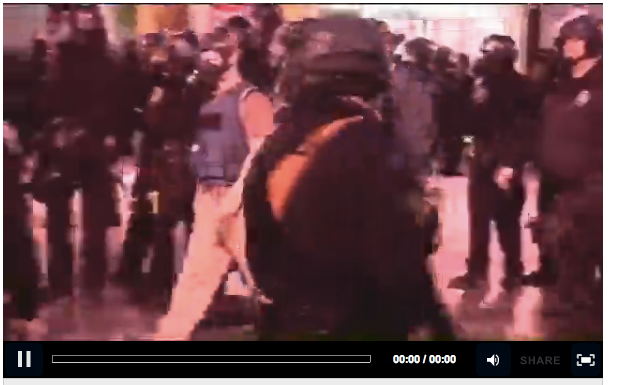 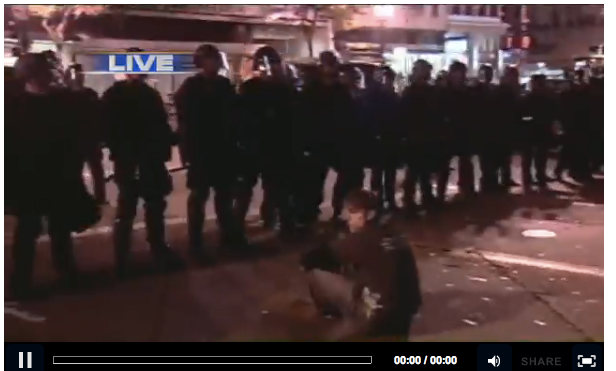 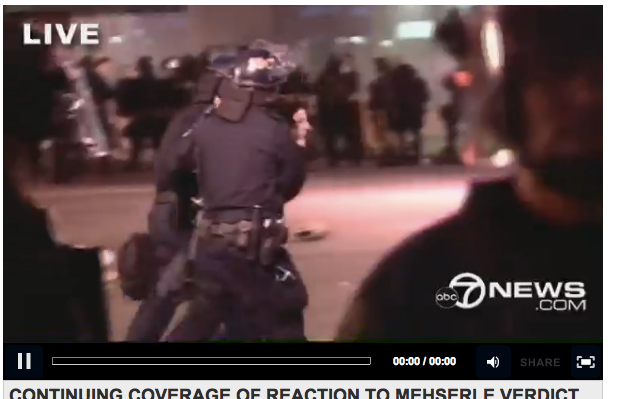 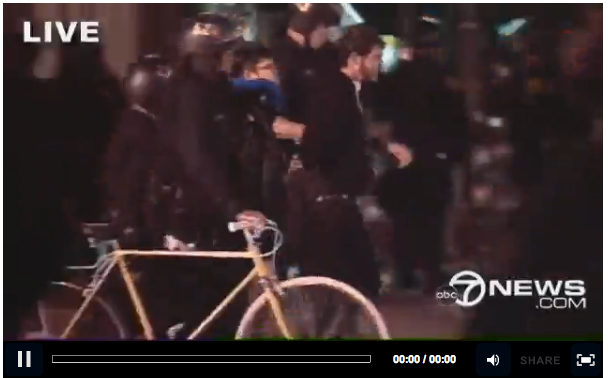