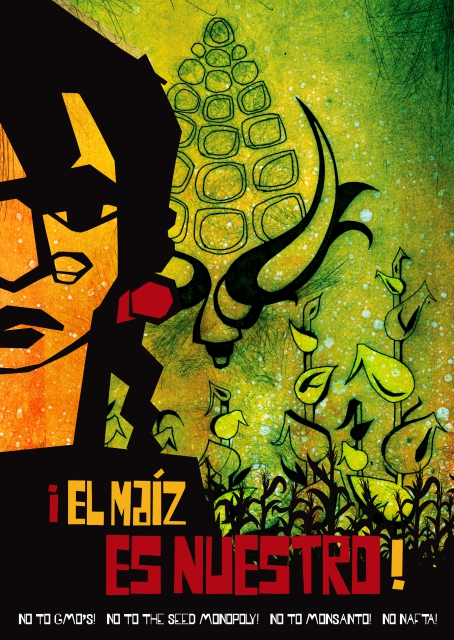 original image (1800x2537)
http://www.brownberets.info
§Favianna's Bio
by Tomas Tuesday Jul 6th, 2010 9:42 PM
Favianna Rodriguez is an artist-entrepreneur who has helped foster resurgence in political arts both locally and internationally. Named by UTNE Magazine as leading visionary artist and changemaker,” Rodriguez is renown for her cultural media projects dealing with social issues such as war, immigration, and globalization, as well as for her leadership in establishing innovative institutions that promote and engage new audiences in the arts. In 2001, Rodriguez co-founded the EastSide Arts Cultural Center in Oakland, California. In 2003, she helped established the Taller Tupac Amaru print studio to promote the historical practice of socially-engaged printmaking. In 2009, she co-founded Presente.org, a U.S.-based, nationwide organization dedicated to the political empowerment of Latinos via the internet and mobile messaging.