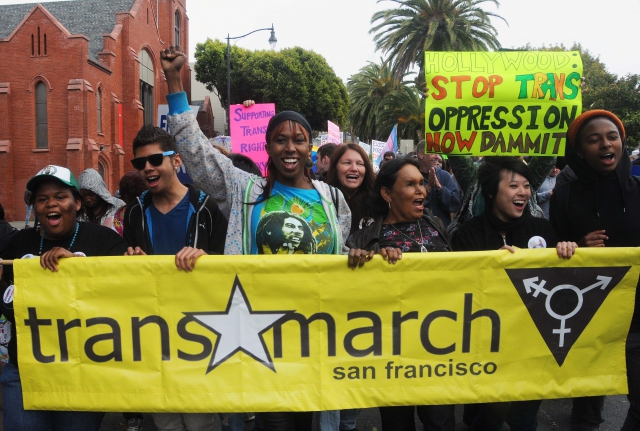 BY MICHELLE SCHUDEL
On Friday, June 25, 2010 about a thousand people met at Dolores Park at 6pm in support of the Transgender, Transsexual community and their struggles. The rally focused on a united community fighting for their safety and equality, especially with Nancy Pelosi’s ENDA proposal that deliberately leaves out the Transgender, Transsexual community. Following the rally, at 7pm, people gathered at the mouth of Dolores Park marching through the Castro, down Market Street to the Civic Center for a closing rally. The march was a vivacious militant march led by the Transgender, Transsexual communities, chanting, “Trans people united will never by defeated,” “Trans rights now” and “Nancy Pelosi can’t you see; we want ENDA with a T.” At its height the participants had swelled to several thousand. Among the groups that participated were the dynamic TransLatina’s, T-lish, Native American Trans Talking Circle, the ANSWER Coalition and the Party for Socialism and Liberation. It was a very successful march and rally!

This year's march marked San Francisco's seventh year since the event began in 2004 when it was first established to honor Gwen Araujo, a young transgendered woman who was brutally murdered in Newark, California in November of 2002. 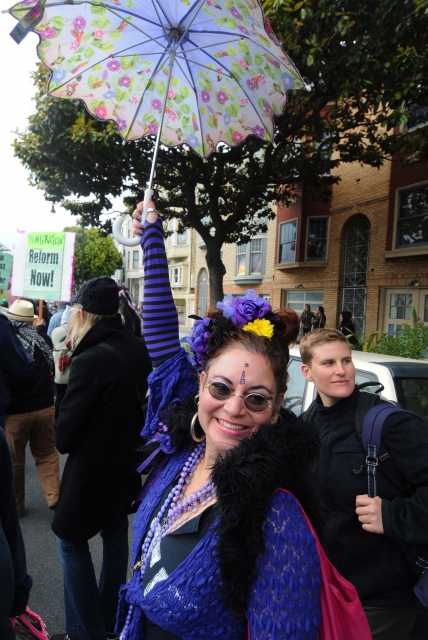 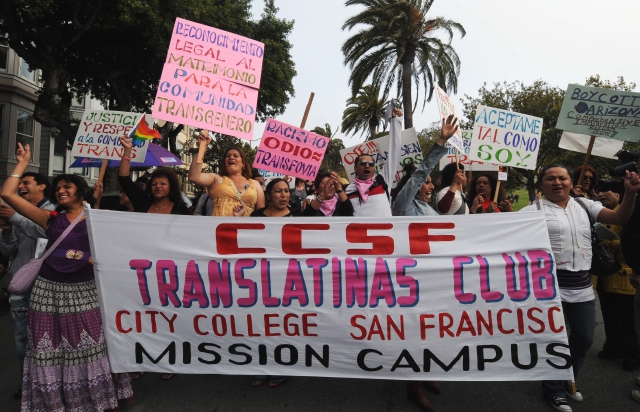 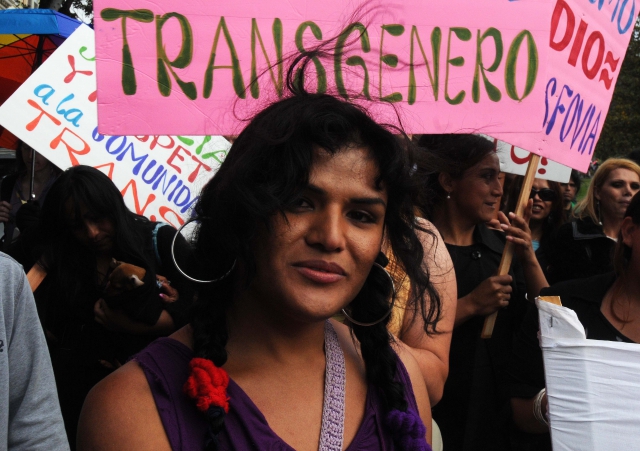 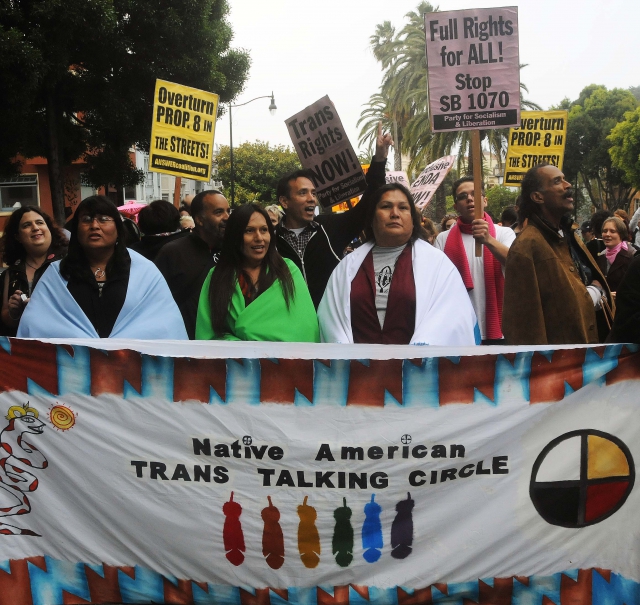 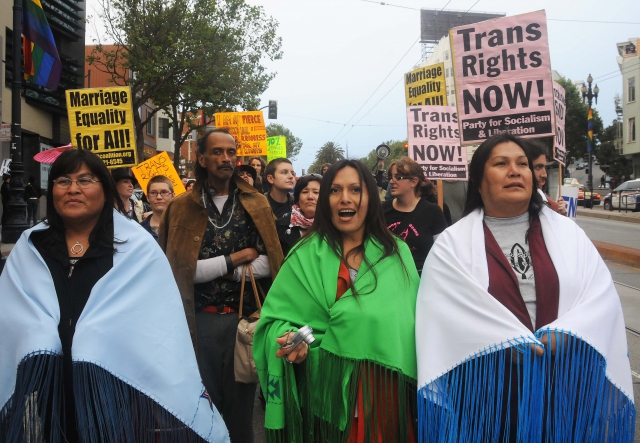 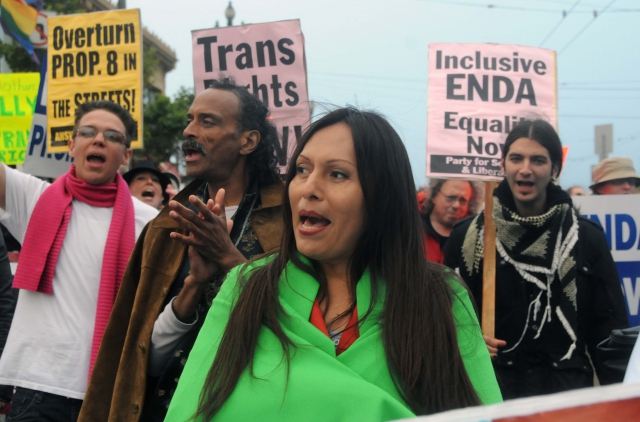 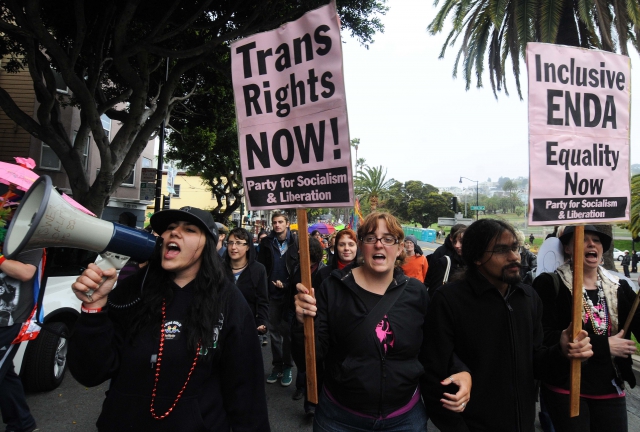 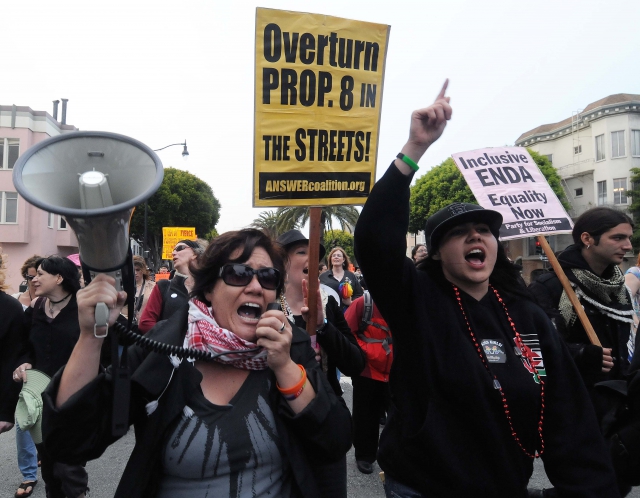 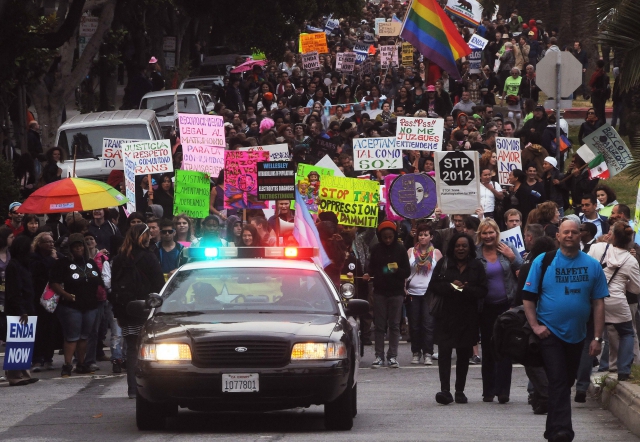 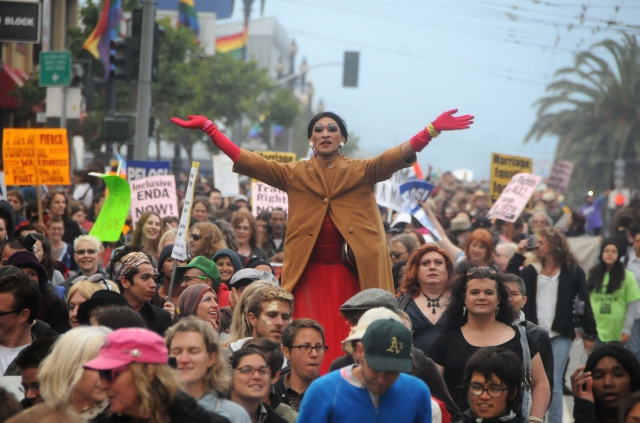 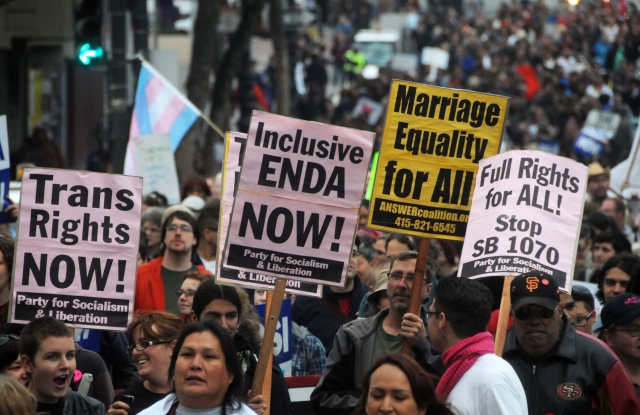 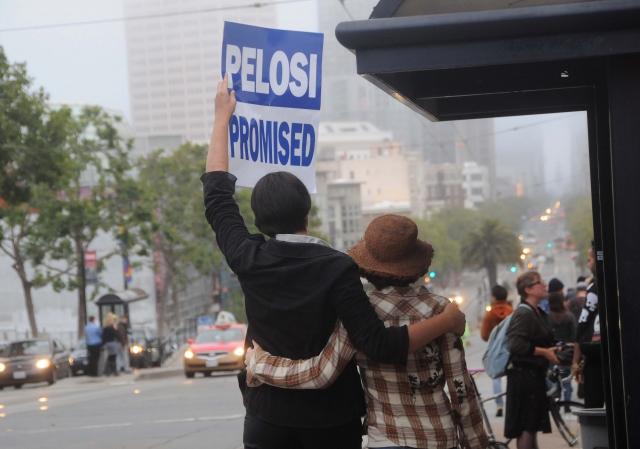 original image (3881x2723)
Add Your Comments
LATEST COMMENTS ABOUT THIS ARTICLE
Listed below are the latest comments about this post.
These comments are submitted anonymously by website visitors.