Add an Event
Newswire
Calendar
Features
Home
Donate
From the Open-Publishing Calendar
From the Open-Publishing Newswire
Indybay Feature
Publish to Newswire
Add an Event
Related Categories: South Bay | Racial Justice
Cinco de Mayo Street Celebrations Shut Down by San José Police
by Sharat G. Lin
Friday May 14th, 2010 11:46 PM
During Cinco de Mayo celebrations, residents of San José faced daytime checkpoints, citations, and arrests on a scale not matched by any other festival of the year. By 10 pm the focus appeared to be diverting cars and mostly-Latino youths from the downtown area, effectively evacuating the city center and shutting down street celebrations on two nights. 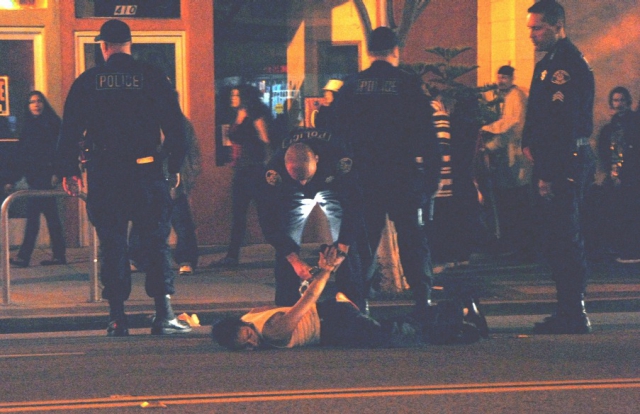 original image (903x585)
Cars adorned with Mexican flags and red flags of the United Farm Workers – founded by former San José resident César Chávez – crept down Santa Clara Street bumper-to-bumper. Joyous rhythmic Mexican music blared through the air of a cooler-than-normal Sunday in May. Some car owners were out to show off their low-riders whose pneumatic suspensions made their cars “dance” in the street. A few gunned their engines in quests for attention. In general, there was little evidence of activity that would endanger public safety.

However, during the daytime on May 2, 2010 during two half-hour intervals on seven blocks of Santa Clara Street, there were at least 9 different cars stopped by San José police. This amounts to more than one stop every seven minutes. In the majority of cases, a citation was issued. Two cases led to arrests. Another case involved a time-consuming inspection of the under-carriage of an SUV. Two cars were released without citation. Cars were being asked to stop for inspection without any obvious traffic violation or unsafe behavior. With bumper-to-bumper traffic, speeding was impossible. Each case was photographically documented.

This writer walked along Santa Clara Street between Eighth Street to First Street for a half hour from 4:35 pm to 5:05 pm and again from 5:45 pm to 6:15 pm. The time in between was spent walking down Market Street to San Carlos Street up to Discovery Meadow where the official Cinco de Mayo celebration was being held and no police cars were on patrol.

The frequency of stops was a reduction in targeting the Mexican American holiday over 2009, when 14 vehicle stops per hour were photographically documented along a 4-block section of Santa Clara Street (Sharat G. Lin, “San José Police Department targets Latinos, photo survey shows,” Indybay, May 19, 2009, http://www.indybay.org/newsitems/2009/05/19/18595858.php).

On Sunday evening between 9 and 10 pm, as traffic backed up downtown, police road blocks prevented cars from turning south from Santa Clara Street towards San José State University or east from Fourth Street. The road blocks appeared to be aimed at funneling traffic out of downtown to the eastside or onto Freeway I-680. However, southbound traffic on King Road and Jackson Avenue was also prevented from reaching Story Road. Several drivers later complained that police refused to allow them to reach their homes even when they offered to show proof of residence in the area.

A similar scene was repeated on the night of Wednesday, May 5. Numerous groups of youths began walking down Santa Clara Street in the evening. Police resumed stops of vehicles and pedestrians. By 10:30 pm the road blocks were in place to divert traffic out of the downtown area. Before midnight, Santa Clara Street had been virtually evacuated.

“I’ve never seen anything like this anywhere else,” observed new resident Chris Lepe. “In the tenth largest city, downtown has been turned into a ghost town.”

The police presence was intensely focused on Santa Clara Street where Latinos, joined by other people of color, were out to enjoy Cinco de Mayo by cruising into downtown from the eastside. The visible police presence was important in effectively preventing numerous groups of youths from doing mischief. However, the arbitrary pulling over of cars at random checkpoints yielded few citations for violation of public safety, such as driving while intoxicated or threats of violence. Most youths were too young to be even admitted into bars. Instead, many citations were for license or registration documents out of order, parole violations, and issues not related to immediate public safely.

This raises the question as to why the San José Police Department does not implement the same sorts of random checkpoints during other crowded festivals like the Saint Patrick’s Day parade, Tet Festival, Veterans’ Day parade, Independence Day, Amgen Tour of California, or Christmas in the Park. A similar question can be asked about why SJPD does not evacuate downtown routinely on Friday and Saturday nights or on New Year’s Eve when crowds are out late and the bars are full.

The controversy over alleged San José police targeting of Latinos began years ago with charges that police made more arrests during Cinco de Mayo celebrations than at any other time of the year in apparent response to a few years of reported rowdiness and public drunkenness. These allegations against the police were given more weight when the San Jose Mercury News (Sean Webby, “Drunkenness arrests in San Jose outpace other California cities,” October 18, 2008, http://www.mercurynews.com/san-jose-public-drunkenness/ci_10755739) reviewed arrest data, showing that 57 per cent of those charged with public drunkenness in San José in 2007 were Hispanic. Yet Hispanics represented only 32 per cent of the city’s population in that year.

Community leaders have repeatedly emphasized that the community is not against the police, but really wants to work with police to ensure public safety. A visible police presence is necessary to keep the peace, but frequent stops exclusively on Cinco de Mayo appear to be discriminatory. The unnecessary stops only serve to drive a wedge between police and the community, and in particular between the police and Latino youths. This can only have an adverse impact in preventing and investigating crime.

Community activists have repeatedly appealed to the San José City Council to review police practices on Cinco de Mayo. At a time of San José’s most severe budget crisis ever, many residents are asking how the city can afford thousands of hours of police overtime pay for unprecedented enforcement actions exclusively on Cinco de Mayo. 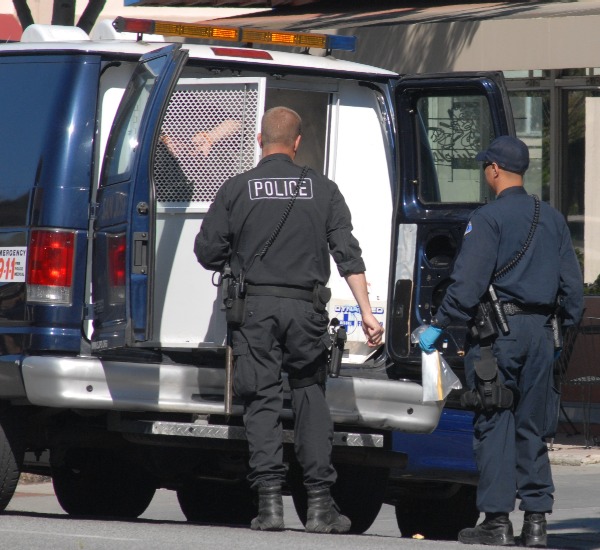 Police load an arrestee into a police van after stopping his car at a checkpoint on Santa Clara Street at Seventh Street.
§4:39 pm
by Sharat G. Lin Friday May 14th, 2010 11:46 PM 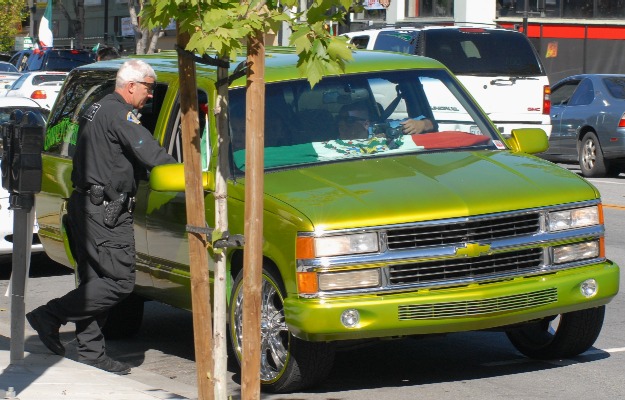 Police stop and release a vehicle without issuing a citation at a checkpoint on Santa Clara Street at Seventh Street.
§4:40 pm
by Sharat G. Lin Friday May 14th, 2010 11:46 PM 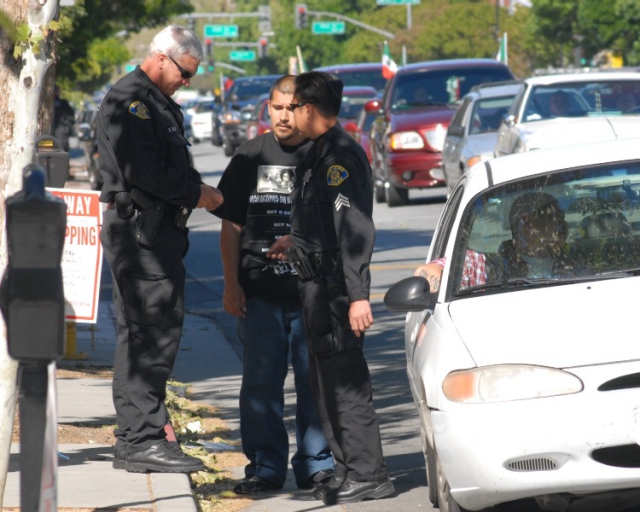 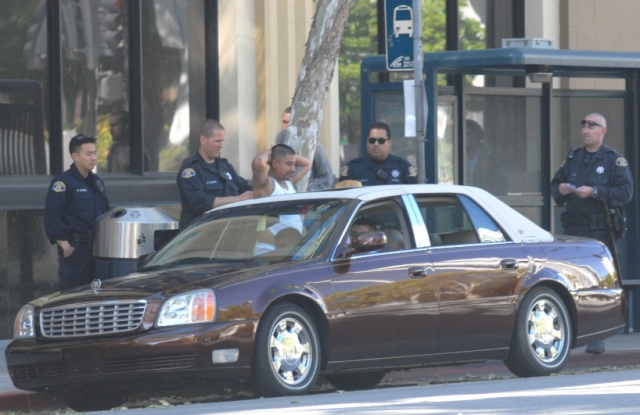 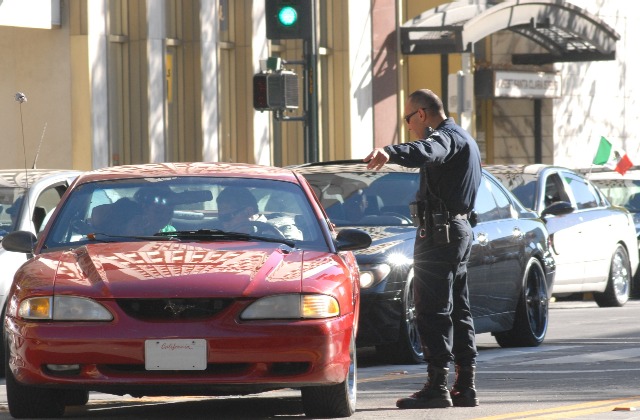 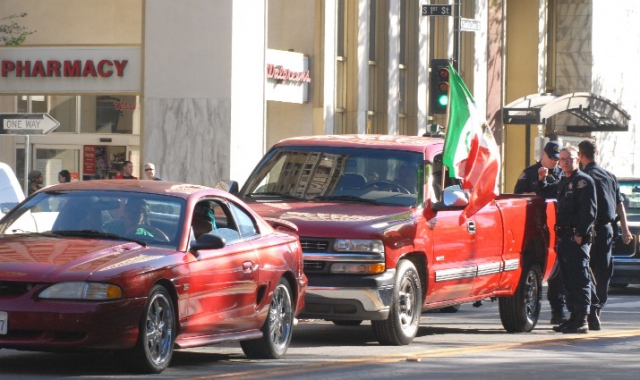 original image (715x425)
Just moments later, police stop a second vehicle and release it without citation at the same checkpoint in the median of Santa Clara Street at First Street.
§6:02 pm
by Sharat G. Lin Friday May 14th, 2010 11:46 PM 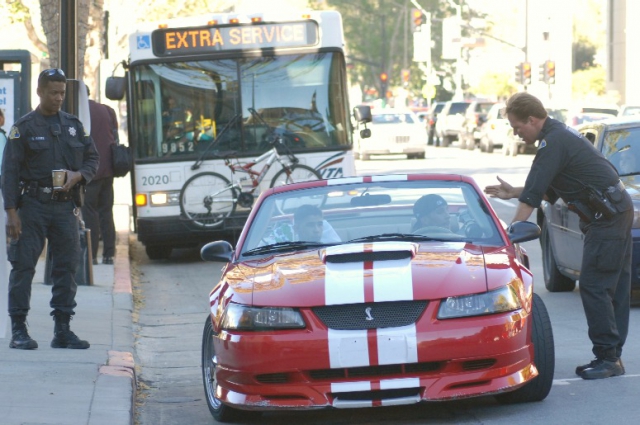 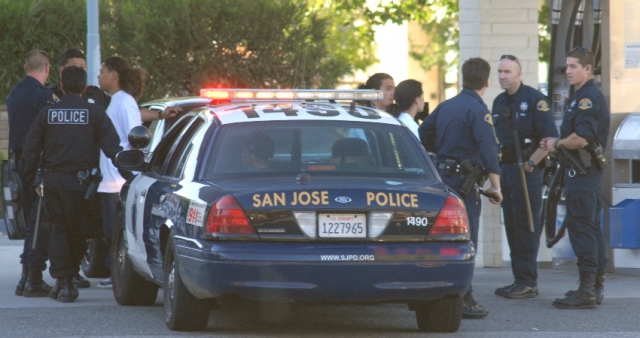 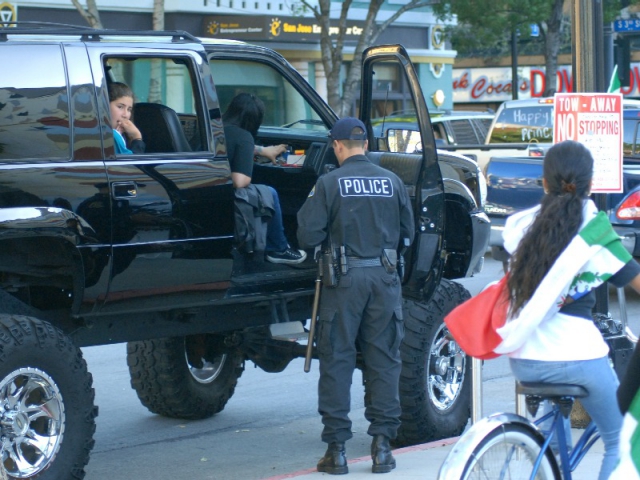 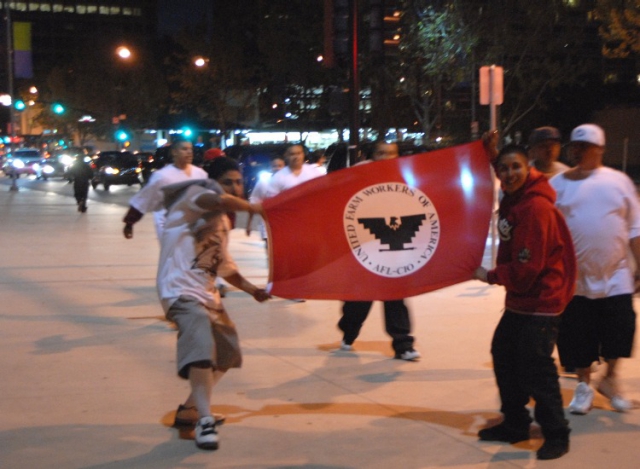 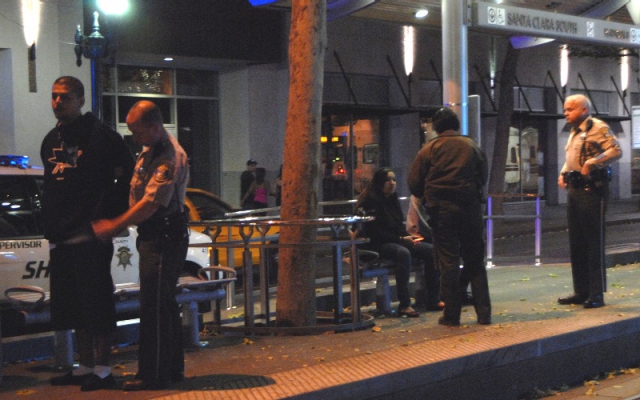 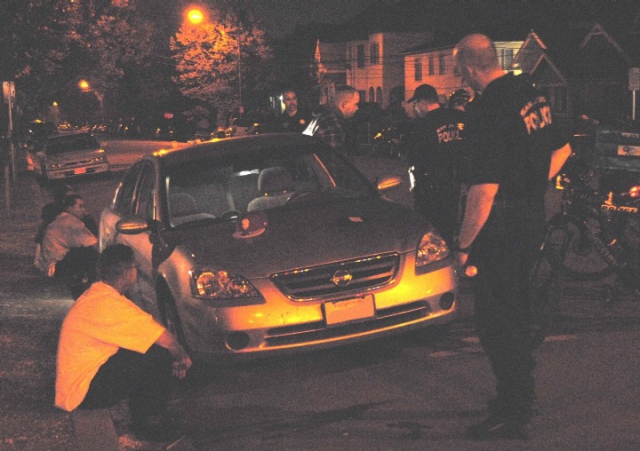 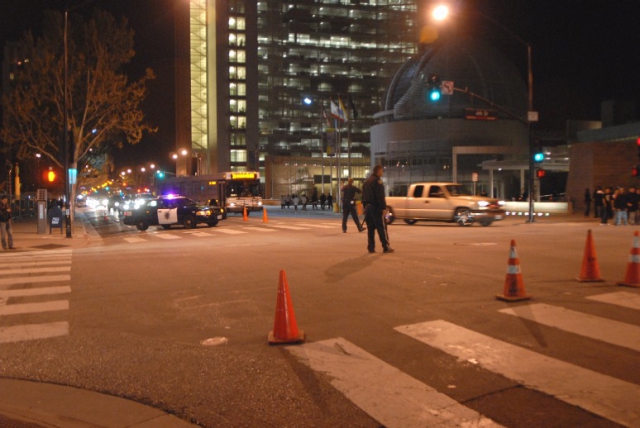 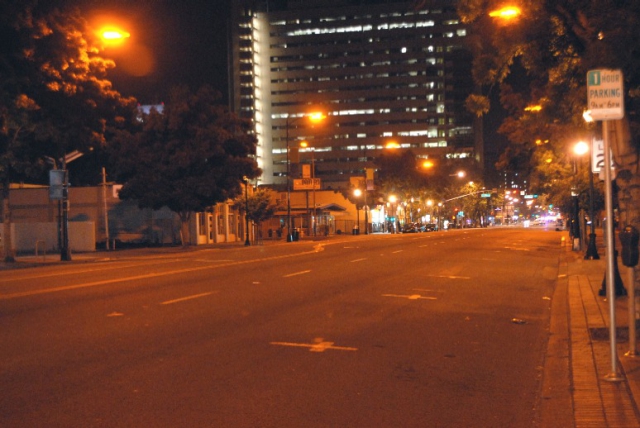 original image (774x518)
Mission accomplished: Santa Clara Street looks like a ghost town. The Cinco de Mayo celebration has been effectively extinguished.
Add Your Comments
LATEST COMMENTS ABOUT THIS ARTICLE
Listed below are the latest comments about this post.
These comments are submitted anonymously by website visitors.