Copy the code below to embed this movie into a web page:
Download Video (34.5MB) | Embed Video
On Wednesday May 12th Seize BP, which is sponsored by the ANSWER Coalition held a protest in front of the BP offices on New Montgomery Street, to demand that the US Government Seize BP and all it’s assets.
It is common knowledge that BP is involved in a massive oil spill in the Gulf of Mexico. Other corporations that appear to be involved are Transocean and Halliburton. 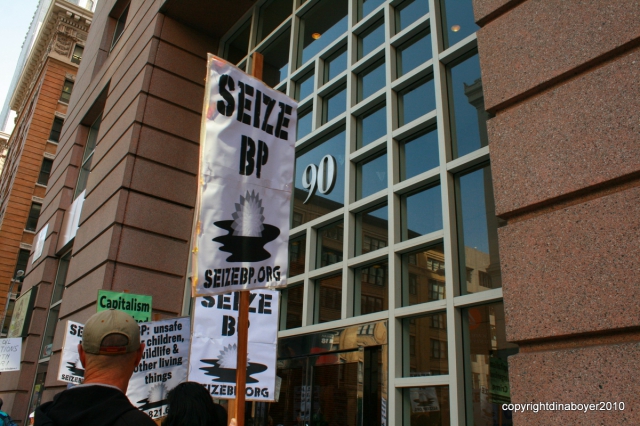 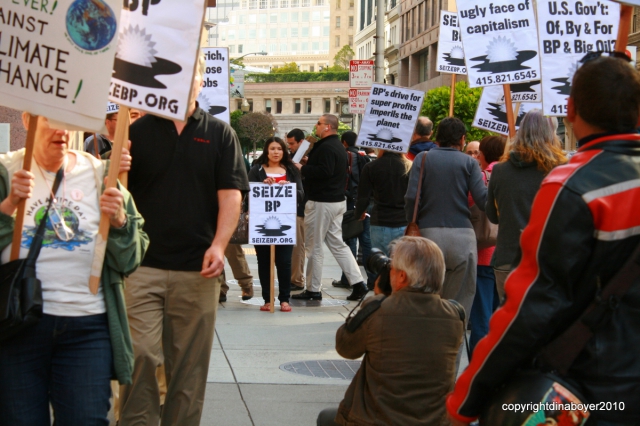 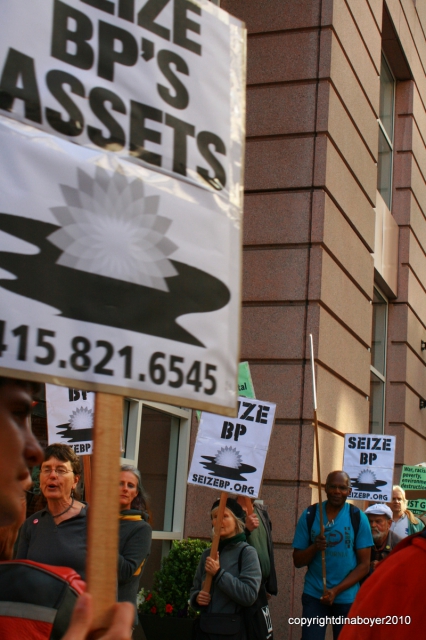 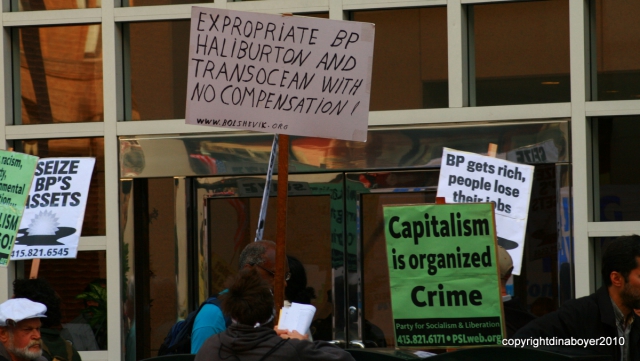 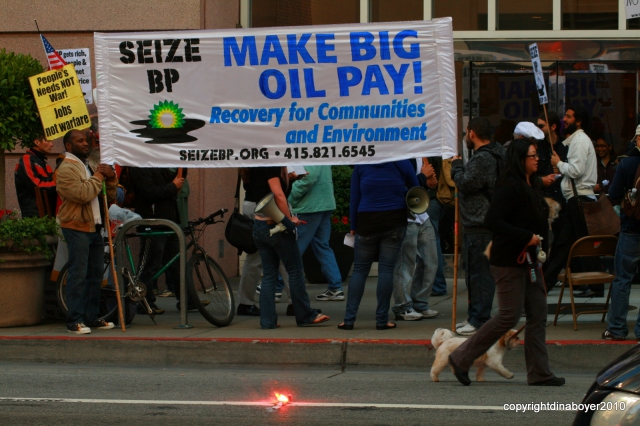 §Protest BP in Berkeley
by BP out of US
Thursday May 13th, 2010 12:45 PM
Friday is a day of action against British Petroleum.

Years ago we opposed UC Berkeley's partnership with BP, now is the time to end it!

Led by U.C. Berkeley, the Energy Bioscience Institute is a collaborative partnership between UC Berkeley, Berkeley Lab, the University of Illinois at Urbana-Champaign and BP, supported by a grant from the BP Corporation. The EBI is dedicated to the development of the next generation of biofuels and sponsors research on agricultural, scientific, environmental, and soci-ecomomic aspects of biofuel production. Other areas of research include fossil fuel bioprocessing, carbon sequestration and microbially-enhanced hydrocarbon recovery.

US should seize all assets of BP including those designated for the Helios project to pay for the Gulf clean-up!

Add a Comment
§British Petroleum Helios Site Berkeley
by BP out of California
Thursday May 13th, 2010 12:56 PM
UC regents are in bed with BP for millions:

Protest the Building site and demand UC Berkeley postpone plans for a BP lab in the heart of Berkeley, At least until well after the Gulf clean-up is complete. There is 500 million to be realocated if the US seizes all BP's American Assets now.

Research there would focus on carbon-neutral biofuels, and would be conducted chiefly under the auspices of the BP-funded Energy Biosciences Institute and Berkeley's bioengineering program.

the building site is at the corner of Shattuck and Hearst acroos from Oscar's and Triple Rock. Come out Friday for the day of action and protest BP's presence in California at UC Berkeley!
Add a Comment
§Sorry about low voice-over volume level.
by D. Boyer
Thursday May 13th, 2010 1:55 PM
Sorry about the low voice over volume level. I'm bummed about it, but please still watch.
Add a Comment
§no black people!
by .
Friday May 14th, 2010 1:17 PM
do ''blacks'' know that somrhow they ,we do not count? seems so. thought by this time we would all be considered human. didnt happen
Add a Comment
§speaker pelosi delays selendang ayu court case in 9th circuit till after election
by aa
Friday May 14th, 2010 5:13 PM
speaker pelosi had an oil spill case buried in the 9th circuit that would have had the still needed oil spill nets they still dont have after the exxon valdez, selendang ayu,cosco busan, dubai star and the courgar ace and the oceans spills ongoing...
Add a Comment
Support Independent Media
We are 100% volunteer and depend on your participation to sustain our efforts!