Photos and video from LGBTQ protest of local hotel's.
Copy the code below to embed this movie into a web page:
Download Video (136.4MB) | Embed Video
On Saturday May 8th 2010, many LGBTQ folks held a picket and protest in San Francisco's Union Square, and the lobby of the Grand Hyatt, to show solidarity for the hotel workers who have been forced to work without a contract since August 2009. The protest, which featured music and dancing, also is calling for a boycott of the hotels that have failed to give their workers equal opportunity.
The following hotels are currently being boycotted; Hyatt Fisherman's Wharf, Grand Hyatt, Le Meridien, The Palace, Westin St. Francis, the Hilton @ O'Farrell street, and finally the W hotel. This list is subject to change.
San Francisco's annual Gay pride is approaching and many queers stay in hotels when they visit, so the local GLBTQ community is asking them to join the boycott, so workers can be treated fairly and equally in San Francisco. There are also a few GLBTQ folks who work for those hotels or corporations.

So if, or when you come to San Francisco don't want to get caught in a bad hotel.

The protest was sponsored and held by "One Struggle One Fight" http://www.onestruggleonefight.com and SF Pride at Work/HAVOQ http://www.sfprideatwork.com
§Picket at Stockton and Geary Street
by D. Boyer Sunday May 9th, 2010 6:54 PM 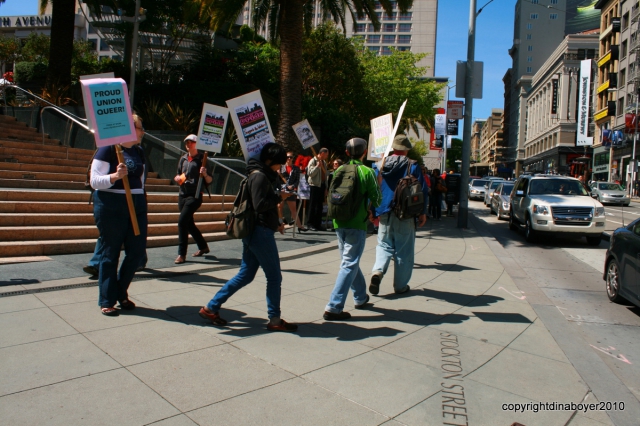 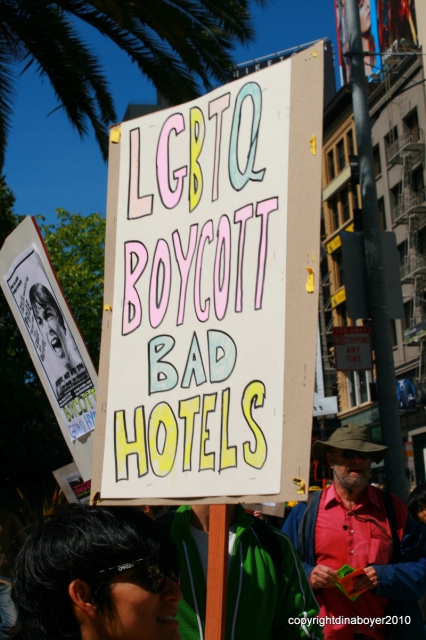 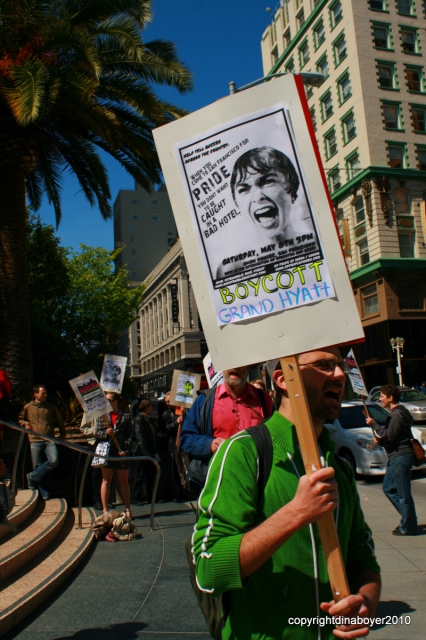 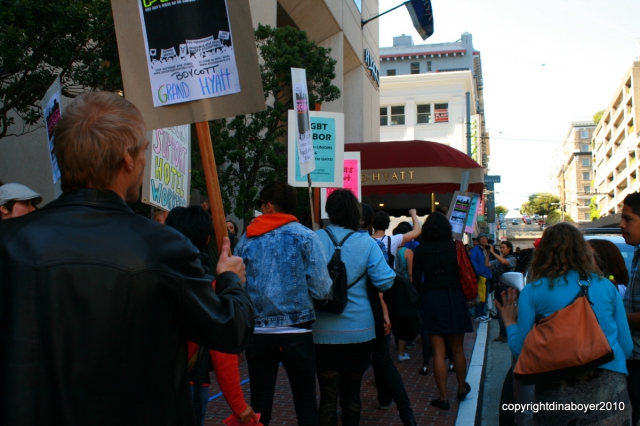 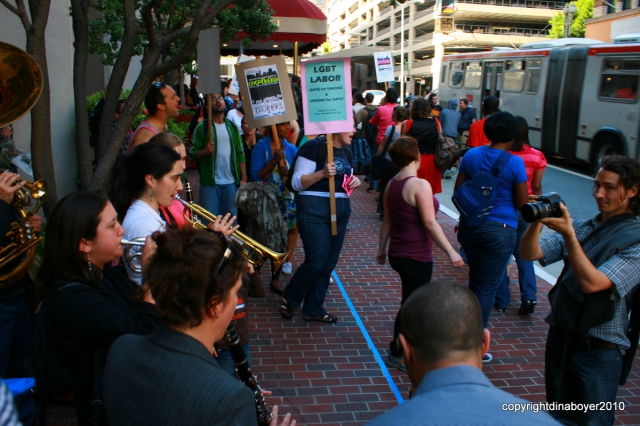 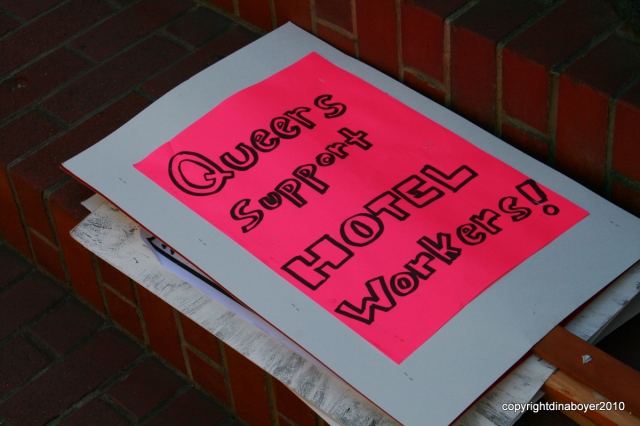 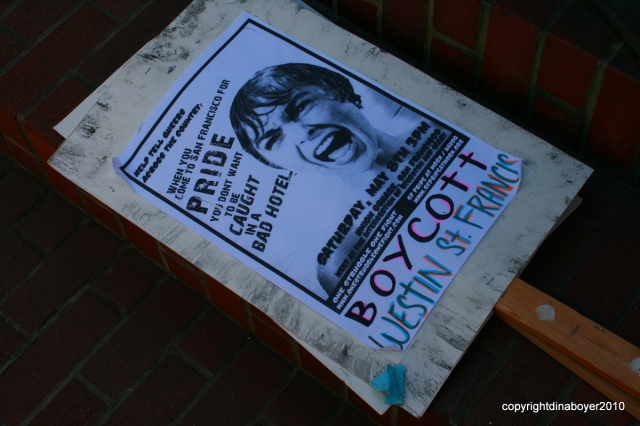 original image (1200x800)
Add Your Comments
LATEST COMMENTS ABOUT THIS ARTICLE
Listed below are the latest comments about this post.
These comments are submitted anonymously by website visitors.