Add an Event
Newswire
Calendar
Features
Home
Donate
From the Open-Publishing Calendar
From the Open-Publishing Newswire
Indybay Feature
Publish to Newswire
Add an Event
Related Categories: California | Peninsula | San Francisco | Drug War | Government & Elections | Health, Housing & Public Services | Police State & Prisons
Making History Through Medication at the International Cannabis and Hemp Expo
by ~Bradley (bradley [at] riseup.net)
Tuesday Apr 20th, 2010 1:12 AM
The International Cannabis and Hemp Exposition, held at the Cow Palace in Daly City, just outside San Francisco, on the pre-420 weekend of April 17th and 18th, was historic. The expo, which had the first permitted area for the use of medical marijuana, was the largest event of its’ kind to hit Northern California.

Established activist organizations dished out information to prospective members, and hundreds of vendors pitched their freshest accessories inside two large convention halls to thousands of medical marijuana patients and connoisseurs. At the same time, prominent members of the cannabis community discussed a wide-range of topics, including marijuana cultivation, medication and prohibition. However the main buzz, on and off stage, was the controversial initiative to "legalize, control, and tax cannabis in California," which is to be decided by voters in the state during the November 2010 elections. 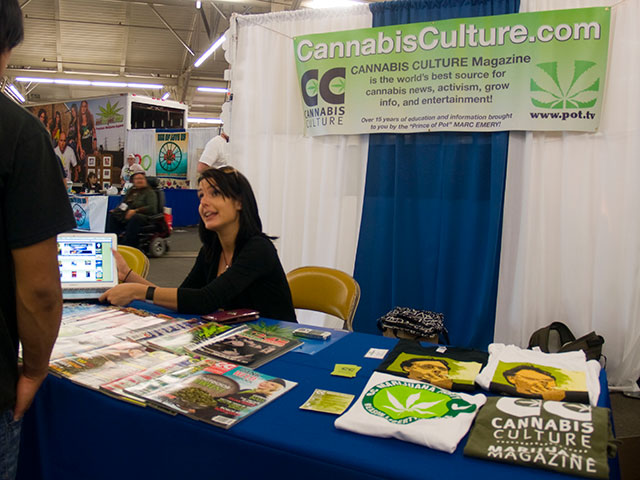 On Wikipedia, the media organization Cannabis Culture is described as a Canadian online magazine (once a printed bimonthly magazine) devoted to cannabis and the worldwide cannabis culture.

Before wandering through the exhibit halls and into the fenced portion of the parking lot, which was only accessible to verified medical marijuana patients, vendors, and people issued an official press pass by the expo (thanks Indybay!), I listened to presentations from highly regarded growers on the fine art of cultivating premium marijuana.

Subcool is a master bud breeder and longtime grower. He and his partner MzJill have developed 15-20 strains, such as Space Queen, Jilly Bean, Jack The Ripper, and Querkle. Subcool is also famous for stirring up the perfect organic-soil mix for pot plants that taste amazing, smell incredible and pack a potent, intoxicating punch. He is a talented photographer and the author of Dank: The Quest for the Very Best Marijuana.

At The International Cannabis and Hemp Exposition, Subcool said that he was only formally schooled through the ninth grade, and that his not a scientist. However he learned, and taught thousands of others along the way, how to organically grow the finest quality cannabis. Subcool said that he's been asked the question, "Subcool, what do you do when your plant is budding and it's full of powdery mildow?" To which he replied, "I throw it away, and I start over and I do it again right."

He stressed that strain genetics are significant, but methodology was of greater importance. Subcool encourages a technique called 'supercropping' which promotes a great yield of buds per plant and the use of worm castings, calling it "the miracle of the earth."

Subcool, who says he has been to prison four times, believes that, "money doesn't have to be the driving force" for cultivating cannabis. After years of experience and giving tips through online forums, Subcool started a seed company called TGA Genetics. He recalled deciding which strain to grow, "A friend would say to me, 'Grow this brother, I promise it will kick ass.'"

During a question and answer session, Subcool said that "feminized seeds are a gimmick being sold to the American public" to which he received a loud applause. Other growing tips for the day were that cannabis plants do best at 72 degrees Fahrenheit and 40 percent humidity. When asked about containers, Subcool recommended pots which hold seven gallons of soil. His final tip was to use the subcool soil mix and let it sit for three months and you will be growing magical bud.

Among other things, Ed Rosenthal is an Oakland-based horticulturist, author, photographer, publisher, and cannabis grower known for his advocacy for the legalization of marijuana use. In 2002, he became a political prisoner in the federal system for growing marijuana for medical use, even though he was doing what he had been deputized by the City of Oakland to do.

At The International Cannabis and Hemp Exposition, Ed Rosenthal said that, "Smoking marijuana may not be addictive, but cultivating it is." Stating further that, "Even if your crop is mediocre, it's the best dope in the world."

Speaking of the human connection with the natural world, Rosenthal said there is a "symbiotic relationship with plants, which have historically been used to build products or tie them together." Rosenthal also stated that, "Each seed has it's own potential, but it needs nurture too."

Getting a bit more technical, he said that plants need a concentration of more than 200 parts per million (ppm) of carbon dioxide (CO2) to survive, but they thrive when CO2 is supplemented, a technique which he says can be done both indoors and outdoors. Rosenthal, author of numerous highly-regarded books, said that he has a book coming out which describes the processes for CO2 supplementation. He added that, "Anybody whose bought a book from a another author should buy my book so I can correct the mistakes."

The final tip from the Guru of Ganja, which he said is not talked about in other books, is that light, temperature and CO2 should go together. And that people can learn much more by reading Marijuana Growers Handbook. 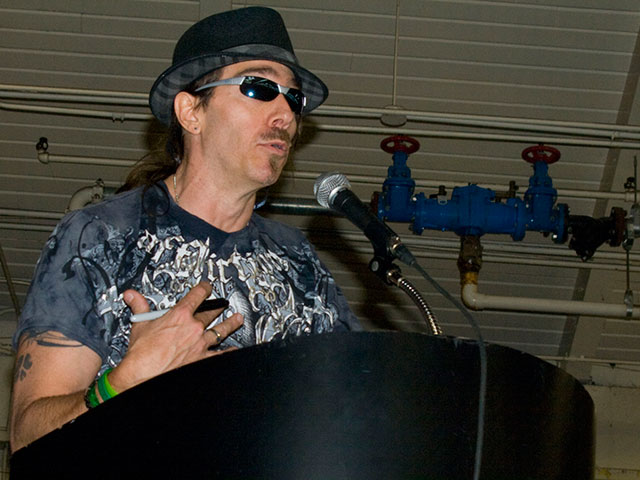 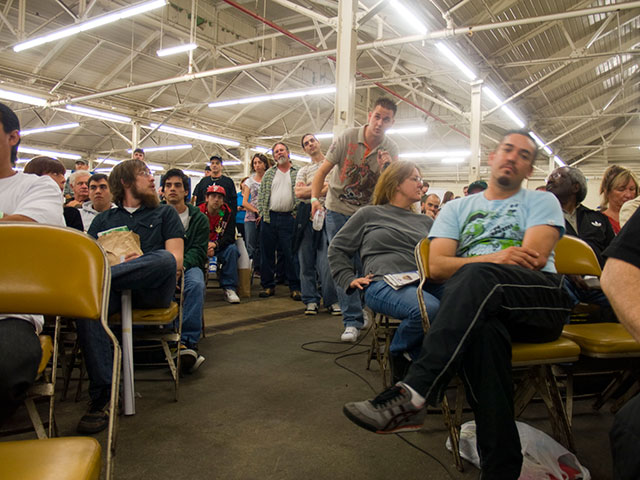 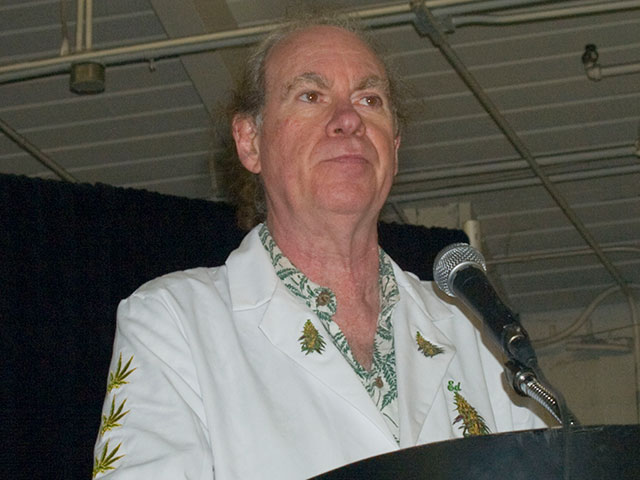 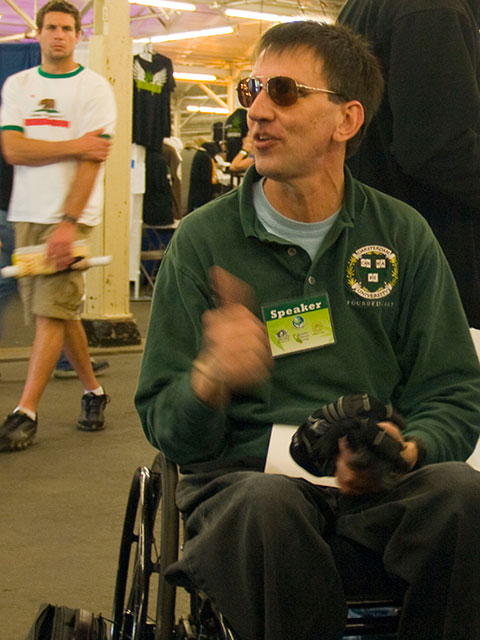 Richard Lee has been working to end cannabis prohibition for 17 years. In 1992 he co-founded Legal Marijuana - The Hemp Store in Houston, Texas, one of the first hemp products retail outlets in the United States. Lee moved to Oakland in 1997 and co-founded the Hemp Research Company, supplying cannabis to the Oakland Cannabis Buyers' Club and researching efficient and environmentally friendly cannabis horticulture. In 1999, he opened the Bulldog Coffeeshop, the second cannabis outlet in "Oaksterdam". In 2003 Lee founded the Oakland Civil Liberties Alliance, the PAC that passed Oakland's Measure Z making private sales, cultivation, and possession of cannabis the lowest law enforcement priority and mandating that Oakland tax and regulate cannabis as soon as possible under state law.

From 2005 to 2007, Lee published the Oaksterdam News quarterly newspaper with a circulation of over 100,000. In 2007, he founded the first cannabis college in the United States, Oaksterdam University. In 2008 he funded the startup of the monthly magazine West Coast Cannabis. Since 2005, Lee has been serving on the City of Oakland Cannabis Regulation and Revenue Ordinance Commission, which was created after Measure Z passed with 65% of the vote 2004. He manages several other Oaksterdam companies, including the Oaksterdam Gift Shop and Nursery. His dedication to ending cannabis prohibition continues to play a crucial role in the revitalization and economic growth of Oakland.

Richard Lee is the main proponent for the 2010 campaign to "legalize, control, and tax cannabis in California." 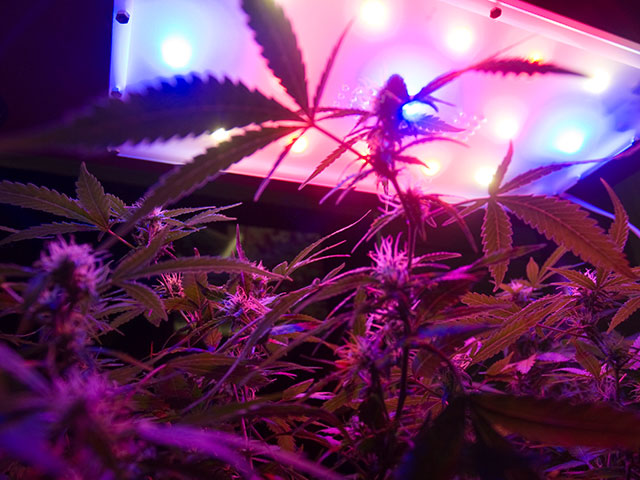 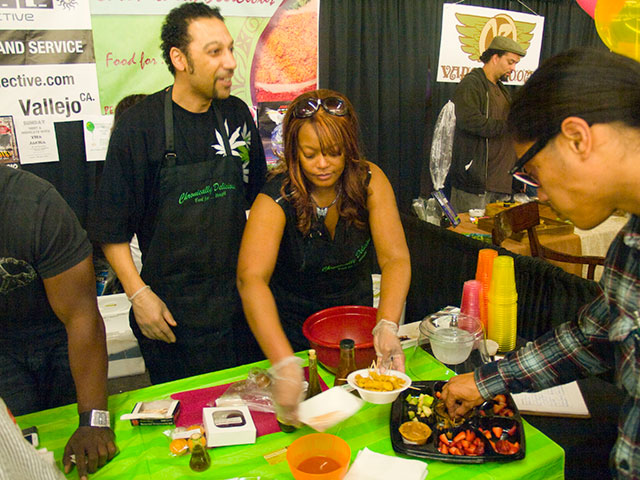 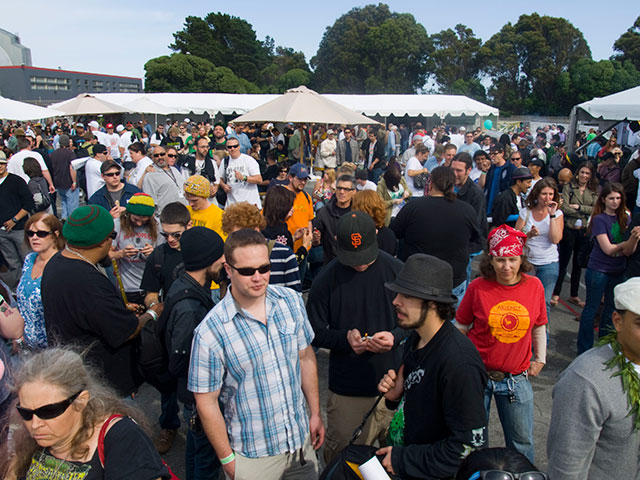 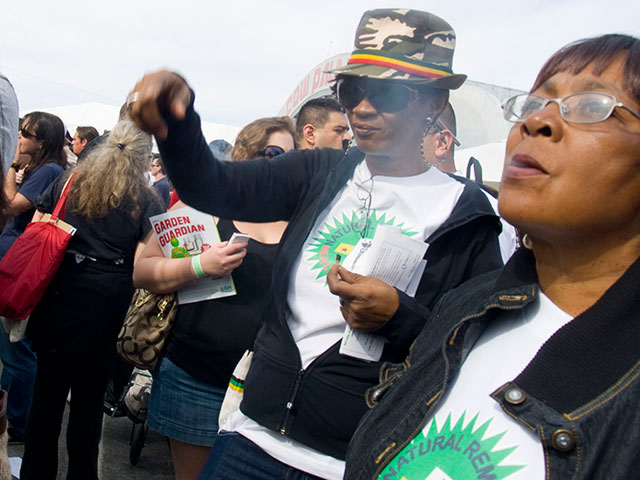 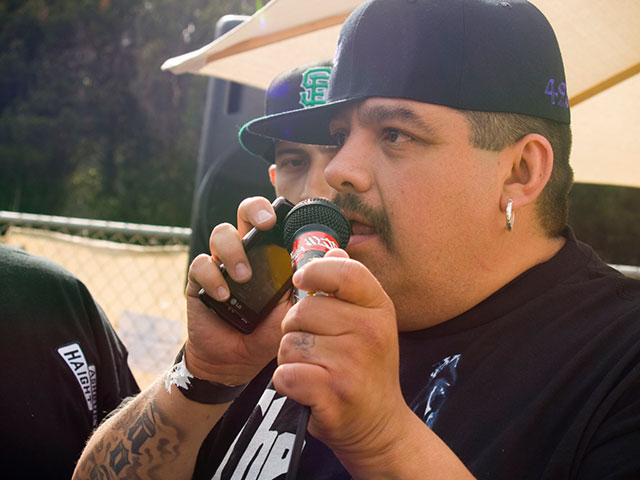 Eddy was sentenced to 10 years for growing a plant that can end hunger, cure cancer and reverse the Greenhouse Effect. 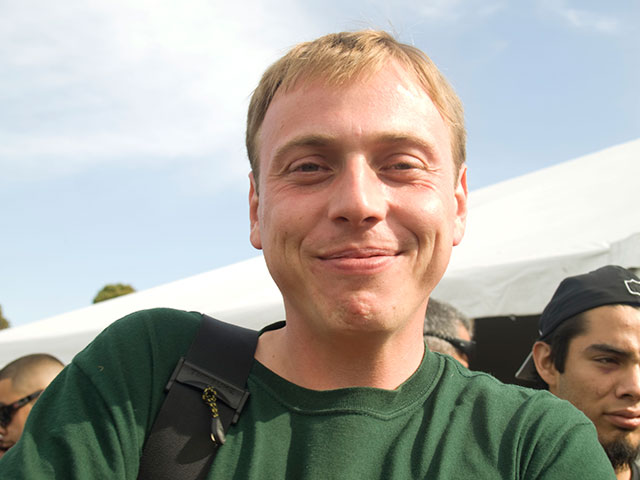 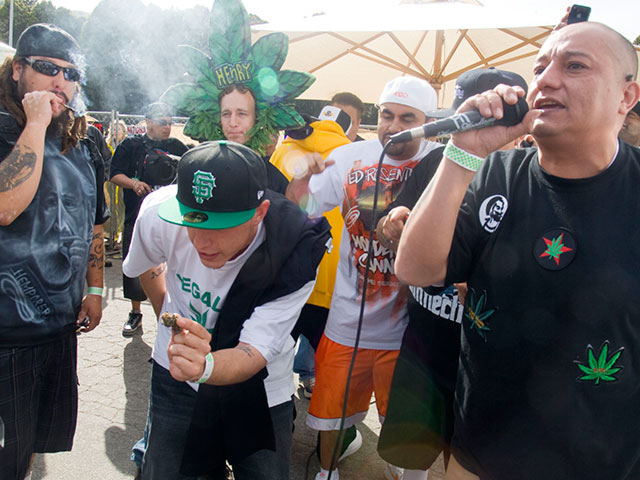 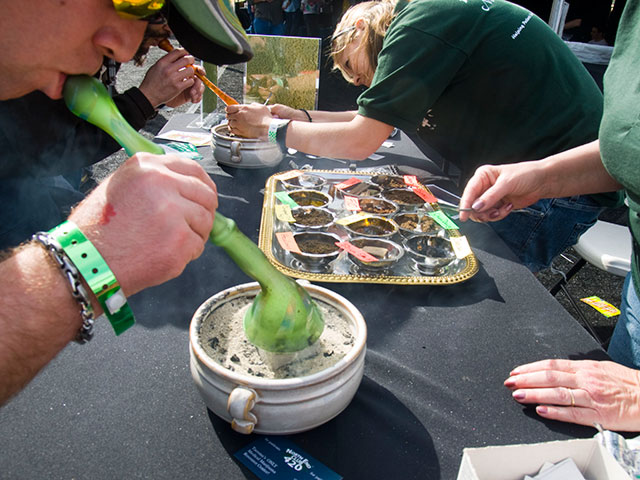 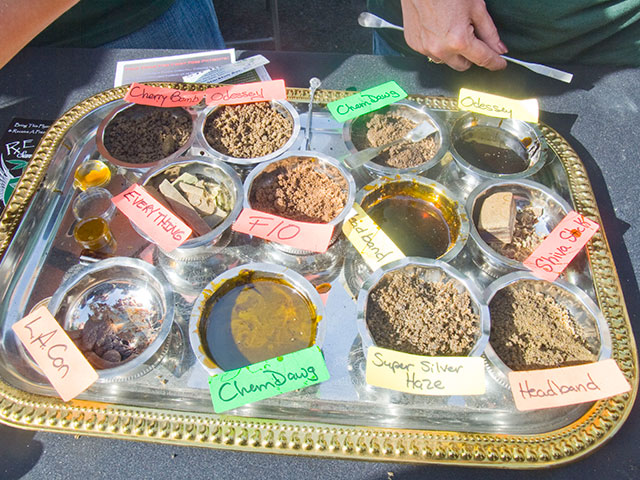 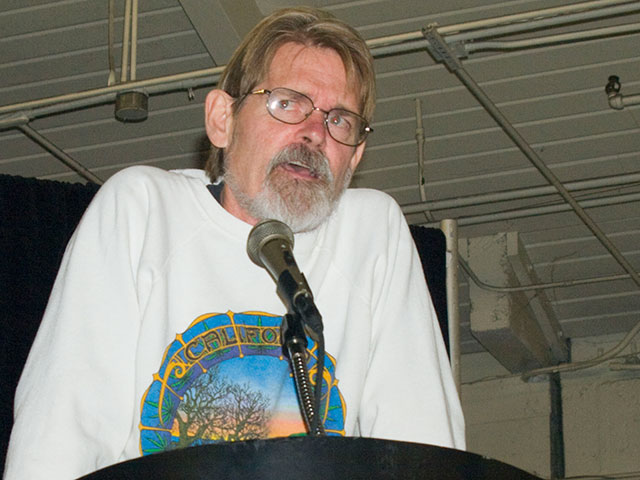 Dale Gieringer has been the state coordinator of California NORML (National Organization for the Reform of Marijuana Laws) since 1987. He is also Vice-Chairman of the national NORML board of directors, director of the California Drug Policy Forum (DPFCA) and treasurer of the Oakland Civil Liberties Alliance (OCLA).

Dr. Gieringer has published research on medical marijuana usage, marijuana smoke harm reduction, potency testing, marijuana and driving safety, and drug urinalysis. He has testified before the legislature and in court on issues concerning personal use of marijuana. He was one of the original co-authors of California's medical marijuana initiative, Prop. 215, and the proponent of Oakland’s Measure Z cannabis initiative in 2004. 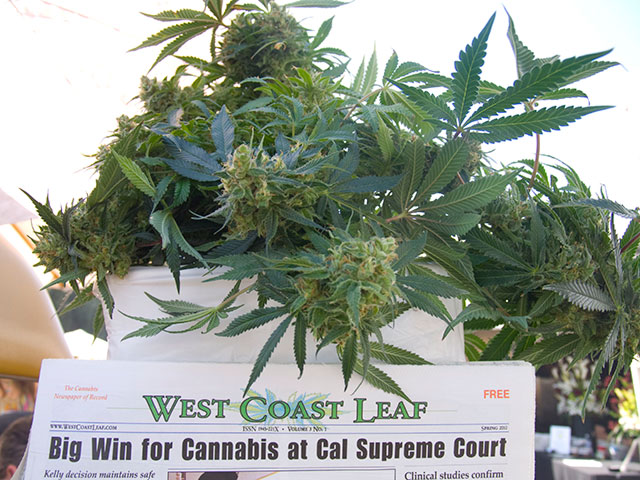 The West Coast Leaf supports tolerance and maintains that cannabis sales and cultivation should and will be legal for adult consumption. 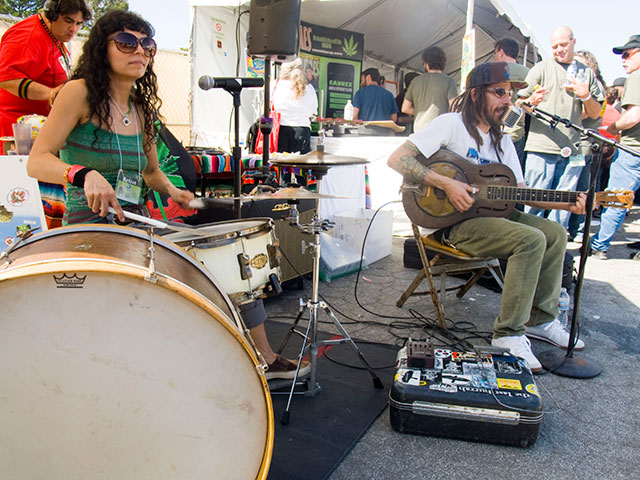 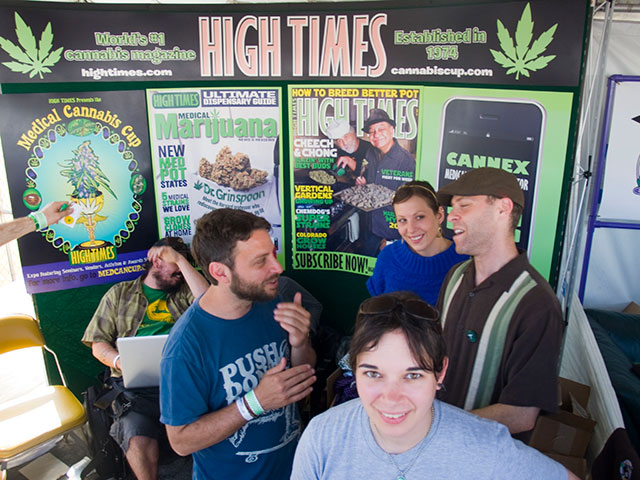 High Times is a New York-based magazine devoted to cannabis culture. The publication strongly advocates the legalization of cannabis. 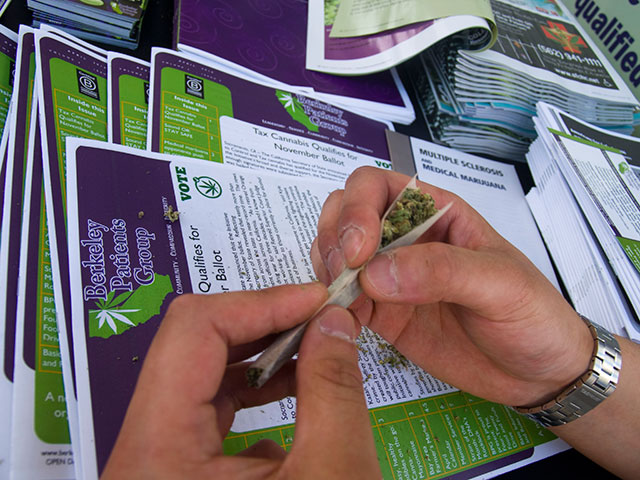 §Smoking Hash at the International Cannabis and Hemp Expo
by ~Bradley Tuesday Apr 20th, 2010 1:12 AM 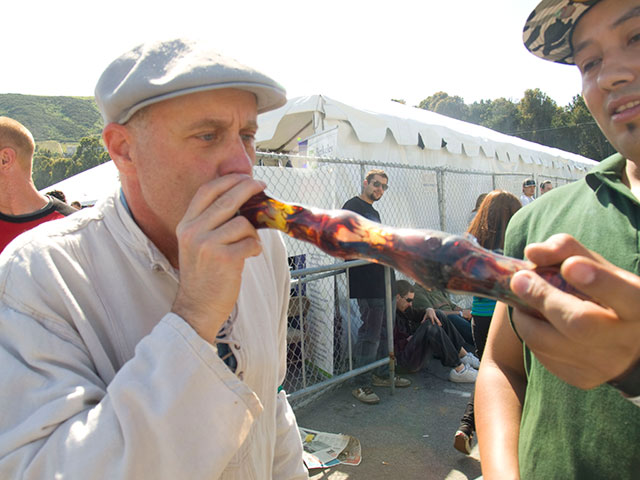 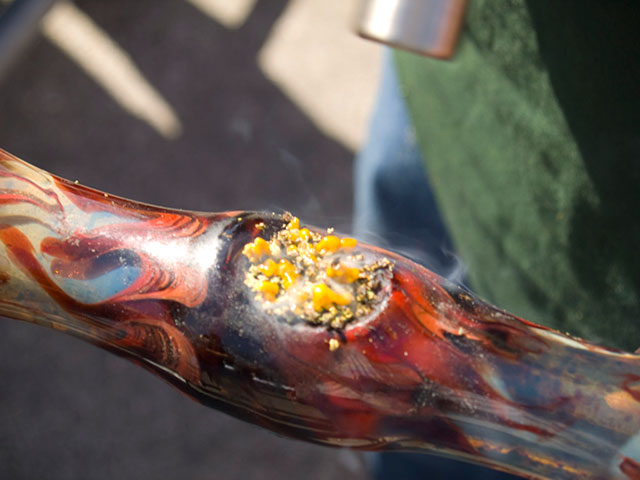 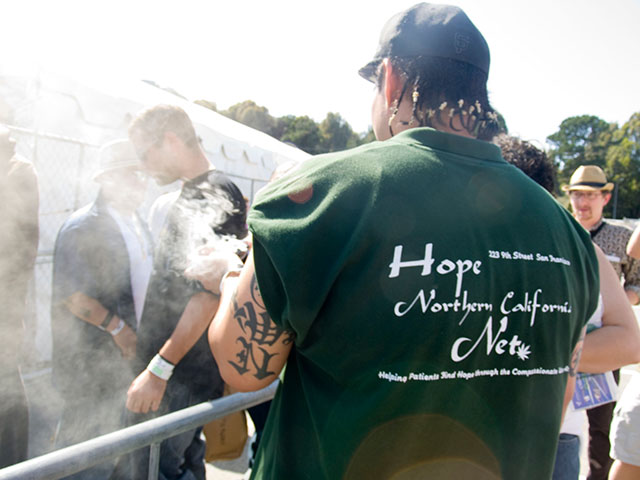 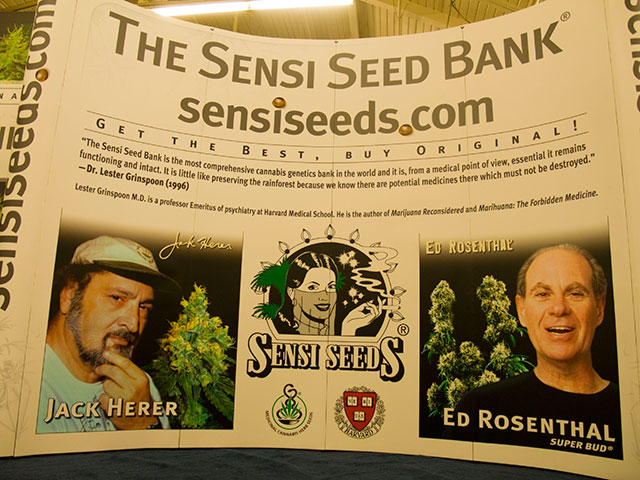 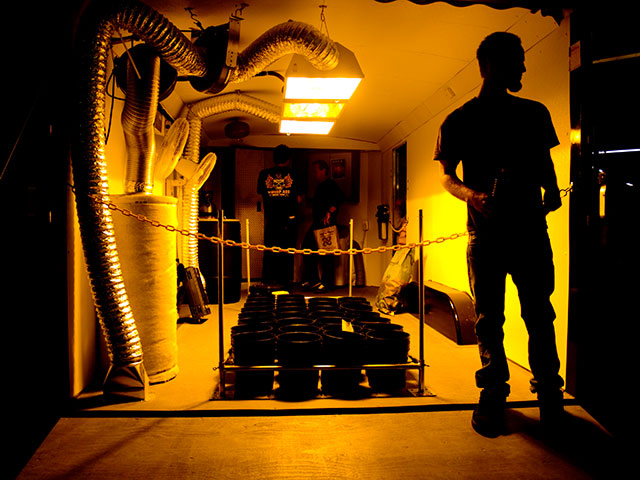 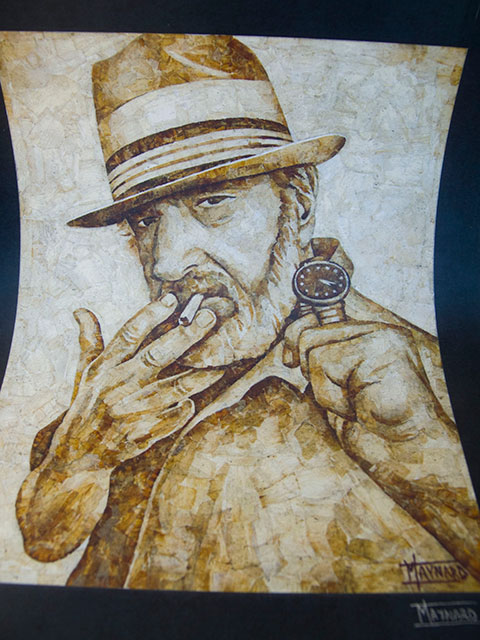 Jack Herer, who passed away on April 15, 2010, two days before the International Cannabis and Hemp Expo, was a globally-recognized cannabis activist and the author of The Emperor Wears No Clothes, a book which is often used in cannabis rescheduling and re-legalization efforts.