Add an Event
Newswire
Calendar
Features
Home
Donate
From the Open-Publishing Calendar
From the Open-Publishing Newswire
Indybay Feature
Publish to Newswire
Add an Event
Related Categories: California | Environment & Forest Defense
Nathan Winograd talks birds, cats and Nazis
by Squiggly the cat
Wednesday Apr 14th, 2010 6:47 PM
April 13, 2010 Nathan Winograd a so called "NoKill" guru gave a talk at the LA County Bar Association about birds, cats and TNR (trap, neuter, return of cats to outdoor feral colonies). As an animal law student and cat lover I thought I would learn about the issues, get some CE credit and eat some Vegan food. Instead I was forced to listen to two hours of Winograd rabble rousing and spewing hate speech about environment groups such as Audubon. He insisted that they were just kitten killing Nazis. Besides that the food was 45 minutes late and there were no forks. 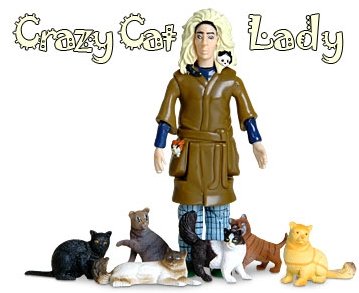 The audience consisted of maybe five lawyers there to get CE credit and 60 older cat ladies. They treated Winograd as if he were the messiah coming to save kittens. They hissed and boo'd every time he mentioned the "enemy." They giggled and mewed in delight when he talked about the "TNR revolution" that will save all the cats in the world. I felt like I was in a Baptist church where the priest has a constant back and forth with the church goers.

Winograd's talk and power point presentation started off by calling the Humane Society of the United States (HSUS) and all animal shelters "killers." His believer's hissed and boo'd at the enemy on cue. He then started throwing out false and unreferenced statements to "prove" his points. He stated that "cats don't hurt the environment. TNR actually solves all the problems that the bird people say it creates. Even the health department endorses TNR. The only TNR hold-outs are the environment and bird groups." More hissing and growling from the crowd of angry cat ladies.

The talk was supposed to be about a case entitled Urban Wildlands et al vs the City of Los Angeles. It was supposed to deal with the legal implications of doing city-wide and endorsed TNR without a California Environmental Quality Act (CEQA) environmental review. Urban Wildlands had sued the City of LA because they were doing TNR without doing the study. They stated feral cat colonies harm the environment. The environment groups won the lawsuit. Nathan Winograd here is now trying to intervene in the lawsuit to try to change the verdict. He lost his first round in court but of course he doesn't mention that at the meeting. I had to look it up online after class. He does state that his case is weak because local TNR people did not intervene sooner. He said if he loses, it will be on their heads. If he wins, he deserves all the glory as the one true god of cats.

Instead of talking about the lawsuit he spent the first hour and a half attacking everyone who does not agree with him. HSUS is the devil. LA Animal Services are murderers. The environment groups eat newborn kittens alive. Okay, I added that last part but I bet he had to bite his tongue to keep from saying that. He was on a roll.

He didn't let facts or common sense stand in his way. Out of one side of his mouth he said "domestic feral cats are identical to African wild cats. They are supposed to be in the wild." Yes, in AFRICA, not in the US in parks, shopping mall parking lots and wildlife sanctuaries eating endangered bird eggs. His minions didn't seem to mind or care that he contradicted himself. They meowed in unison "you're right!"

He went on to say that "cats belong outdoors. It's better for them. Indoor cats get fat, get diabetes and die." He followed it up by saying "if you live next to a freeway of course, don't let your cat out." No one seemed to notice the hypocrisy of his statements. I'd rather have my cat alive and indoors then killed by a dog or run over by a truck outdoors. I'm sure my cat Squiggly would agree. And FTR he's not fat.

The environment groups' main concerns are feral cats killing birds and other wildlife. Winograd said that birds make up "only 5% of a cat's diet. Cats actually weed out over populated birds. They are assisting Darwin with evolution." I don't think the birds feel the same way about it. The bird groups definitely do not. If my neighbor's dog's diet was "only" made up of 5% kittens, I would have a problem with that.

There have been many independent peer reviewed research studies which show that TNR colony cats eat birds and wildlife, negatively affect bird populations, spread disease and contaminate water supplies. TNR was supposed to be a way in which the population of feral cat colonies would go to zero within one generation or about seven years. Instead the colonies have grown as people continue to dump cats and not all cats get neutered. Despite this Everest sized mountain of research Winograd said ALL of the researchers are just lying. "They have an agenda. They are intellectually dishonest. They are masquerading as science." He cites nothing to support his theory of mass lying among many researchers in many different countries. The cat ladies didn't care. They mewed in agreement. I think I even heard some purring.

His next argument made me hold back the chuckles. He said "some birds are killed when they fly into windows. Should we outlaw windows? Should we remove all windows?" Um, Winograd, death by windows is not the issue. Death by cats is the issue. Using Winograd-logic, some cats fall off cliffs. Should we level the earth? Some cats are hit by cars. Should we get rid of all cars? His lack of logic didn't matter as the cat ladies meowed "you're right!"

To show how "unfair" the bird groups were being he said "what about worms and caterpillars? Shouldn't we save them from birds?" I felt like I was at a debate for three year olds. He continued with "cats are just the scapegoats for the damage caused by man." Let me get this right. A man went into his backyard, killed and ate a bird, stuffed the feather's in a cat's mouth then posted that photo on his Facebook page with the word "murderer" under it?

His next argument had me scratching my balding head. He said "natural selection is survival of the fittest.That is what cats are doing. They are better suited to survive in these areas than the native wildlife. It's wrong to label them 'alien.' It's inhumane to get rid of them, and it doesn't work."

So if I were to buy some bears, release them in a local park, Winograd would not have a problem if they killed and ate everyone. He thinks that would just be "natural selection." Of course if a bear ate a kitten, he would call the bear a "murderer" and send his cat ladies to claw it to death.

One last little illogical bit of Winograd speak. He said the environment groups state that cats could give people rabies. Winograd says that is not the case. Based on Winograd logic and total lack of evidence, he said "cats should actually worry about getting rabies from us." More giddy kitty laughter from the forum.

His next comment was very irksome. I'm sure the people whom he labeled will not be pleased. As a Jew whose grandparents were in the Nazi concentration camps, these words were way below the belt. He said "environmental groups want to protect one species over another. Doesn't that remind you of the Germans in WW II who wanted to protect their own and exterminate the others?" He basically called the environmental groups Nazi's. The cat ladies of course all loudly growled, "They're Nazi's! Nazi's!"

I was actually hoping to learn a little bit about CEQA and animal law but unfortunately he talked about kitties and Nazi's so much that there wasn't any time left. You could tell who were just lawyers there for some CE credit and food. They had uncomfortably puzzled looks on their faces as they quickly exited the room. Some even left during his class. They came to get some CE credit and instead were forced to listen to the ranting of a lunatic and hate speech. I really hope the LA County Bar Association vets their speakers better in the future.

Signed, Squiggly the cat (I hear Winograd likes to threaten to sue anyone who doesn't agree with him so I had my cat type this out for me)
Add Your Comments
LATEST COMMENTS ABOUT THIS ARTICLE
Listed below are the latest comments about this post.
These comments are submitted anonymously by website visitors.