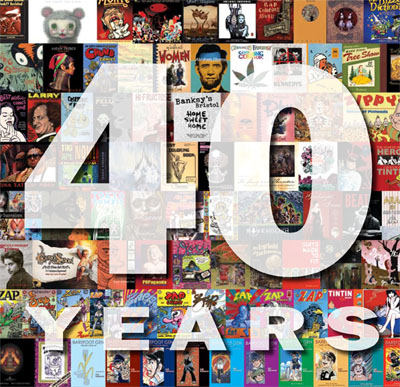 Legendary underground publisher Last Gasp turns 40 this year and to celebrate, they are throwing a party and art show at 111 Minna Gallery.

The Last Gasp 40th Anniversary Art Show assembles a top-drawer lineup of artists – the haut monde of lowbrow. Over the past four decades, Last Gasp has published hundreds of artists in the underground comix and kustom kulture, to pop surrealism and street art movements

Writers, including San Francisco Poet Laureate Diane DiPrima will do a reading. Design radicals GAMA-GO will produce a limited edition tee shirt for the event.

END_OF_DOCUMENT_TOKEN_TO_BE_REPLACED
Added to the calendar on Thu, Apr 1, 2010 4:00PM
Add Your Comments
Support Independent Media
We are 100% volunteer and depend on your participation to sustain our efforts!