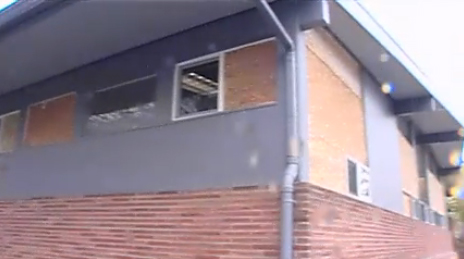 Spokesman Scott Westerman said just before 1 a.m., bricks and rocks were thrown through their windows, doing about $20,000 worth of damage to the outside and inside of the building.

Eight people were arrested and three officers were injured Monday night when protesters clashed with police in downtown Portland in a rally against two recent officer-involved shootings. DETAILS: Police protests

Westerman said computers and other items were damaged inside the office.

No suspects have been named in the case.
http://www.kgw.com/news/Police-union-HQ-hi...
Add Your Comments
§ha ha
by 9
Wednesday Mar 31st, 2010 5:51 PM
happiness is a randsacked pd headquarters!
Add a Comment
Support Independent Media
We are 100% volunteer and depend on your participation to sustain our efforts!