by dave id
On March 14th, Greek anarchists from the VOID Network in Athens, along with an American who has been living in Barcelona, Spain for the last four years, spoke about the Greek uprising of December 2008 in a very enlightening session at the 11th annual Anarchist Theory Conference held in UC Berkeley's Dwinelle Hall. Tasos, Sissy, and Peter address where the rebellion came from and where it is now. The Greek rebellion comes out of its own historical and cultural context, so the Greek revolt can't necessarily be translated directly to other countries, but certainly rebellion is not limited to Greece. More than just presenting the story of Greece, their talk was about sharing ideas that could be useful to the social struggles in England, Barcelona, and the U.S. [Full audio below.] 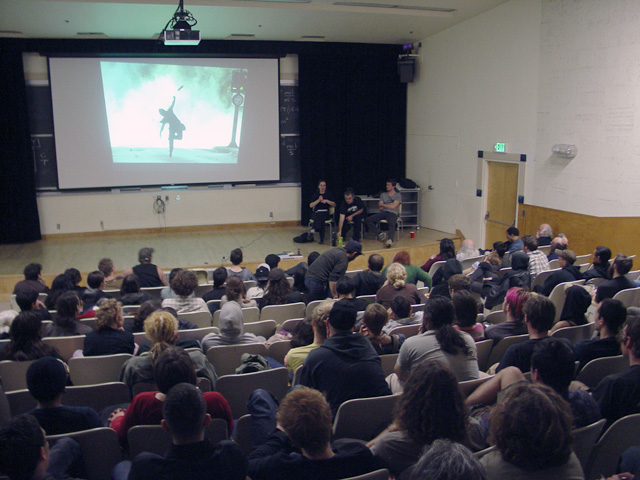 The talk was very inspiring on a number of levels, especially in the positive way they frame their own sense of building political power, which can be quite different than often seen with anarchists and other radicals in the U.S. As one example, they do not focus on injuries received by police during rebellions. Rather than dwelling on victimization on a personal level or in their self-produced media, they highlight their victories (as seen in the photographic slideshow projected onto a large screen as they spoke). In order for trauma to be healed, people should empower themselves by taking control of their lives. "Action dries your tears." Friendship and community are key to health and building a sense of revolutionary power.

Greeks do not refer to an an anarchist movement or struggle, but creating an anarchist space. They speak of realizing what they can imagine through direct action and other means whenever and wherever they can. They focus on the political power they achieve when they destroy heavy machinery in order to allow the community to determine the shape of a public space or when they assemble large enough numbers in the streets to stand down the police. Sometimes other tactics are called for such as printing thousands and thousands of fliers to share their ideas or operating more covertly from inside a liberal public assembly. They speak about how those who might frown upon direct action can become converts when they see positive results. A larger sense of community can be achieved as such. Also important is being open to the ideas of the young and allowing one's own perceptions to evolve over time.

The three held a similar talk the previous day at the 15th annual San Francisco Anarchist Bookfair in the Cafe side room. The two talks overlapped with the events and ideas discussed, but the engagement in Berkeley was allowed about a half hour extra time so more ground was covered in their second Bay Area appearance. The exact topics covered in the two talks were determined by the questions asked by attendees at the beginning of each session, with a second round of questions taken at the talk in Berkeley. One issue addressed later in the session is that from what they understand of American society it is very complicated, more so than in Greece, and one of the first missions of U.S. anarchists and radicals is to break through the walls of isolation. Instead of being discouraged by the limitations of the current political context, focus on building solidarity and breaking down social barriers.


The VOID Network has edited a new collection of interviews with those who witnessed and participated in the 2008 revolt, alongside communiqués and texts, called "We Are an Image From the Future" published this month by AK Press.

We Are an Image From the Future: The Greek Revolt of December 2008:
http://akpress.org/2010/items/weareanimagefromthefuture 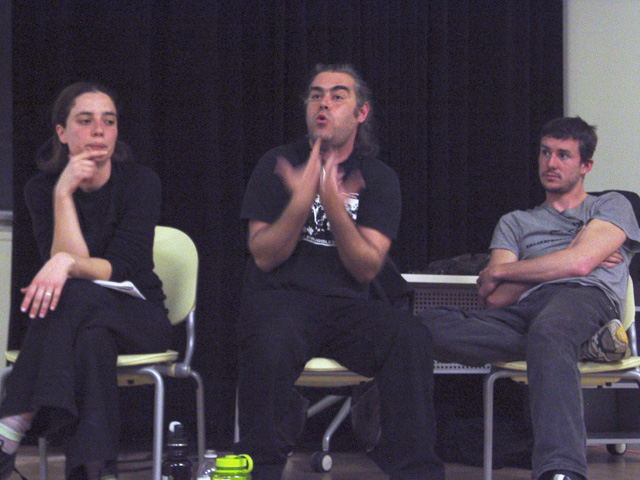 §Please help if you can: Immediate mutual aid needed for our Greek visitors!
by dave id
Our Greek visitors car was broken into and their projector and books (for tour sale) were stolen. HELP!

For more on what you can do, see: http://www.indybay.org/newsitems/2010/03/17/18641565.php
Add Your Comments
Latest Comments
Listed below are the latest comments about this post.
These comments are submitted anonymously by website visitors.
TITLE
AUTHOR
DATE
Rebuilding Friendships
Scooter
Thank you
MC
Support Independent Media
We are 100% volunteer and depend on your participation to sustain our efforts!