Add an Event
Newswire
Calendar
Features
Home
Donate
From the Open-Publishing Calendar
From the Open-Publishing Newswire
Indybay Feature
Publish to Newswire
Add an Event
Related Categories: Palestine | International
Bait Jala Demo-"Stop the Wall!"
by MC
Sunday Mar 14th, 2010 11:56 AM
On Sunday, March 14, about a hundred protesters marched at Bait-Jala against the building of the Apartheid Wall. The building of the wall is going to divide Bait-Jala, and has already taken miles of land belonging to Palestinians. Hundreds of ancient Olive Trees were uprooted in the process.
The demonstrators-Israelis internationals and Palestinians, were blocked by Israeli soldiers before reaching areas where the Wall is built. Sound grenades were thrown, but the protesters did not move back. Speeches were made in English and Arabic condemning the building of the Wall. "it is not the gun that we are afraid of, it is the bulldozer" said one of the speakers. After about an hour the demonstration was declared to be over by the Bait Jala Popular Committee. 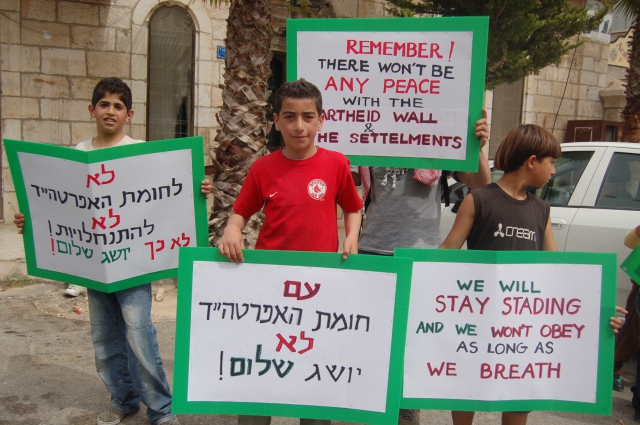 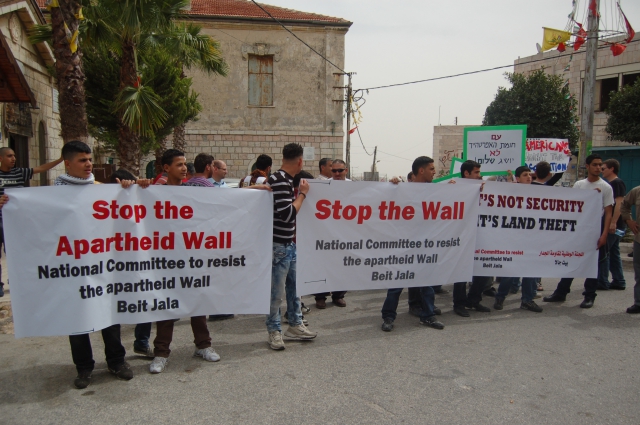 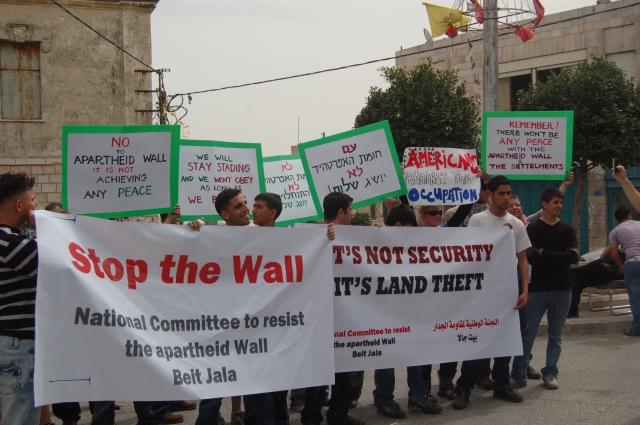 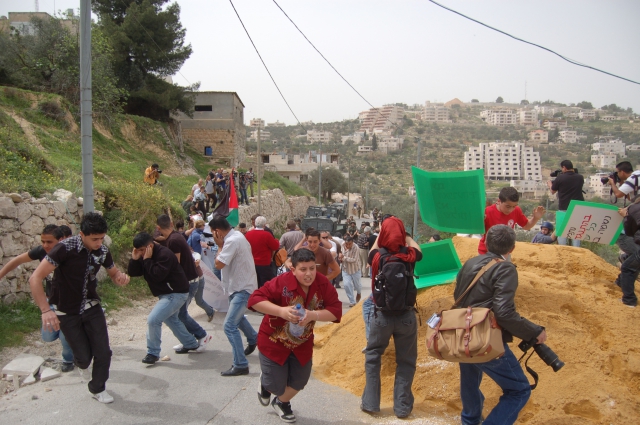 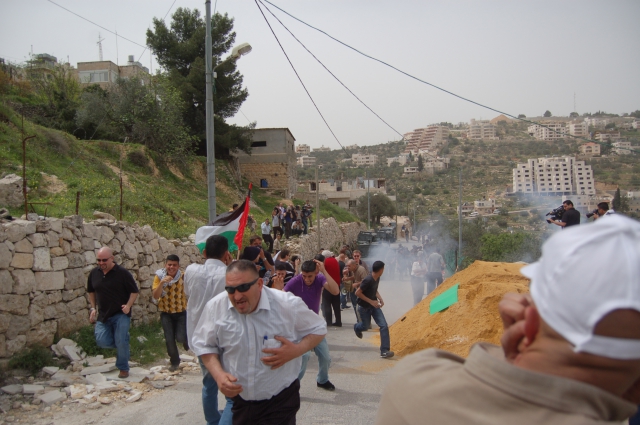 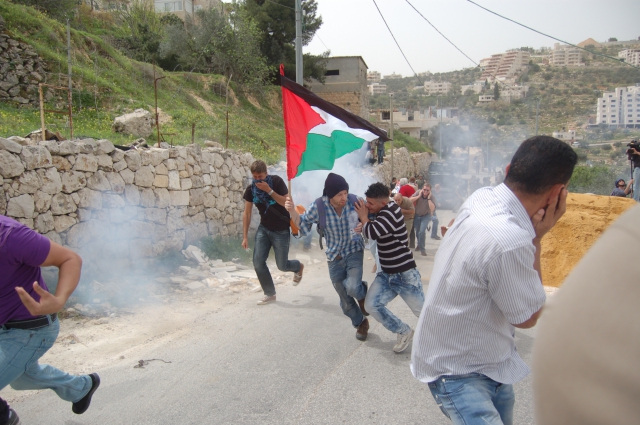 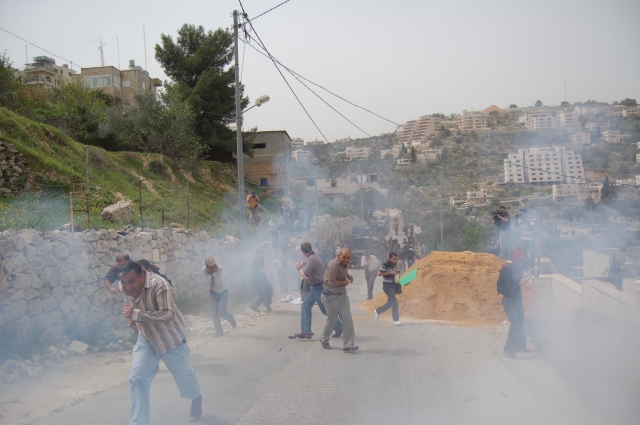 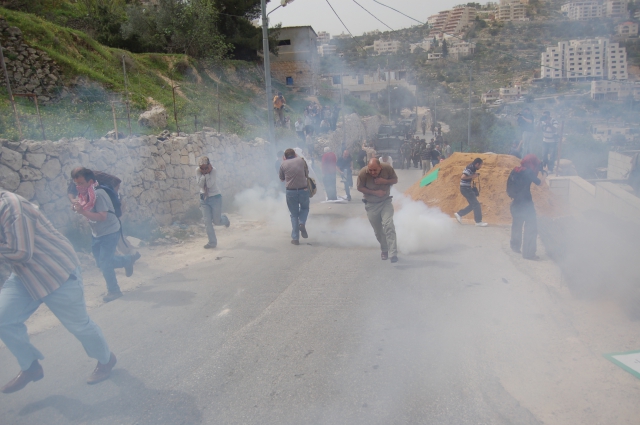 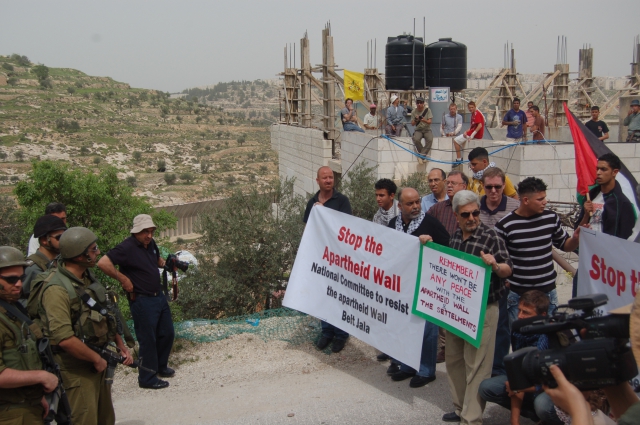 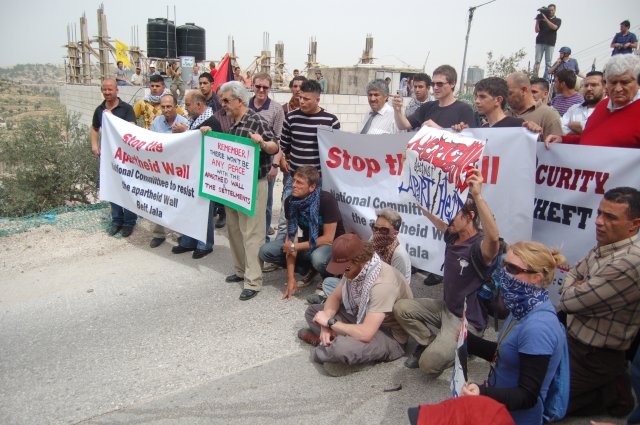 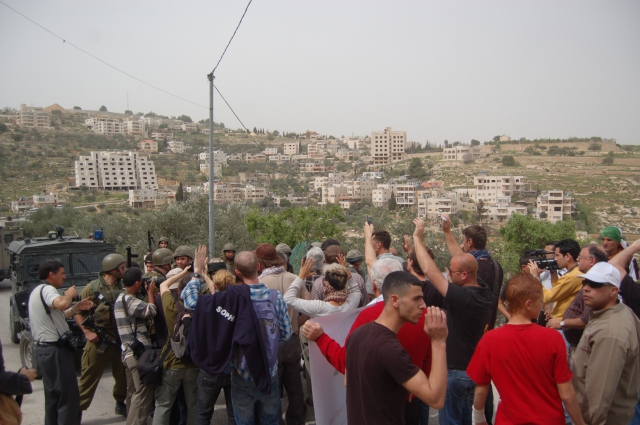 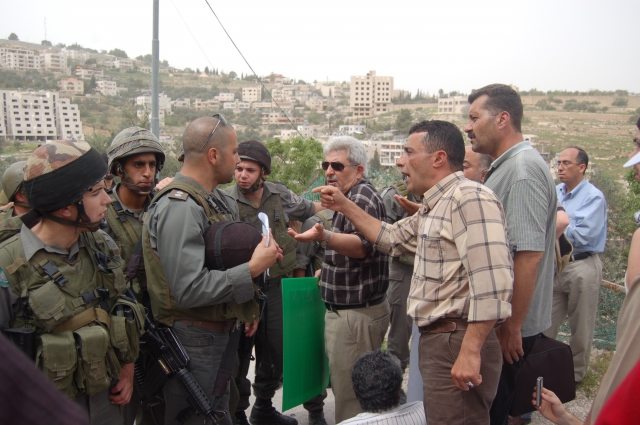 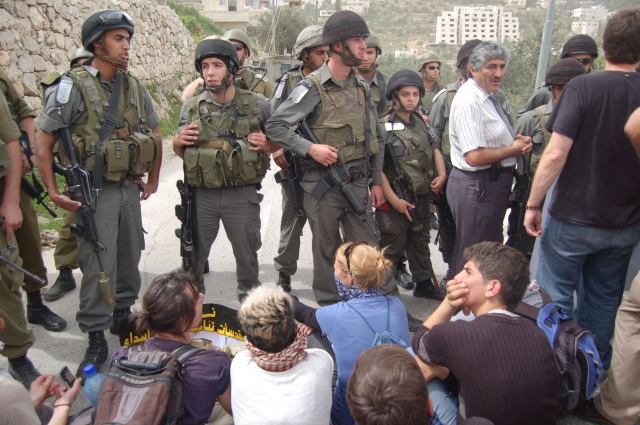