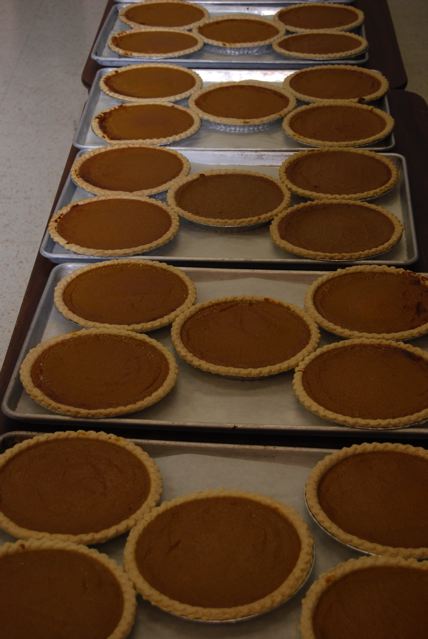 30 Years of bringing social justice home for the holidays
The African Peoples Education and Defense Fund (APEDF) announces Uhuru Pies 2010, the 30th annual Uhuru Pies™ holiday sale fundraiser. From November 19 – November 24, Uhuru Pies will offer five gourmet pie flavors on sale for $12 - $20 each in Northern California. All proceeds benefit projects of sustainable black community economic development.
First sold in 1981 in Oakland, California, Uhuru Pies are a sweet and socially-conscious tradition during the holiday season. Families, groups, student organizations and individuals come together to produce and sell Uhuru Pies, taking a collective step forward in transforming the world.
Uhuru Pies has always supported African community development in African hands in cities in the U.S. and around the world. This year’s event is especially important for the future of African community development. The worldwide economic meltdown and rising unemployment continues to create an unprecedented loss of wealth and misery in countless working class communities, especially black communities.
Proceeds from Uhuru Pies will benefit the economic development projects that the APEDF is developing as a component of African Village Survival Initiative (AVSI). AVSI is a joint effort of two Uhuru institutions, both the APEDF and the All African People’s Development and Empowerment Project. AVSI is countering the failure of current economic institutions by building community-based self-sustaining institutions of economic self-reliance and empowerment.

Thanksgiving in March??.....We are starting now!
The 2010 Uhuru Pies Event promises to be the most exciting year ever. The goal is to sell 2500 pies. We are calling on every sector of our community to purchase and contribute.

Everyone can play a role with Uhuru Pies:
• Corporations and businesses can sponsor the fundraiser through direct donations and promotional support. Uhuru Pies make great appreciation gifts for your staff, vendors, and business partners.
• Farmers and growers and food distributors can donate quality, locally grown ingredients.
• Individuals can join us selling pies, - set your sales goals now. Schedule a pie tasting, have an Uhuru Pies outreach organizer present to your group. Join us coordinating a pie sales table in your part of the Bay Area.
• Trained and aspiring bakers: learn about the Uhuru Pie Baking Academy™. You can coordinate hundreds of baking volunteers to bake perfect pies every time, or volunteer your facility and team to make delicious pies.
Attend one of the upcoming pie meetings or contact us to participate. Become part of the 2010 Uhuru Pies team today!
APEDF provides economic development in the African Community
APEDF recognizes the solution to a virtual economic quarantine is putting the resources back in the hands of the people; providing opportunities for African people to produce and benefit from their resourcefulness and creativity.
In 2009, the fundraising focus of the APEDF and Uhuru Pies was the construction and development of a commercial kitchen in the national Uhuru House of St. Petersburg, Florida. As the project nears its completion (June 2010), APEDF looks forward to this model of economic sustainability to flourish as an enhancement both to the meeting and hospitality capabilities of the Uhuru House, known as the “Embassy to the African World”, as well as providing an affordable, professional facility accessible to community-based caterers, new entry vendors and food nutritionists. Trainings and classes will be offered for a nominal fee.
In 2010, the second phase of institutions initiated by the APEDF will be the development of a professional recording studio also under the roof of the national Uhuru House in St. Petersburg, Florida. The studio will cultivate the enormous cultural talent and musical creativity that has always existed in African communities. African artists will have an outlet to experiment, produce, and distribute their own works, raising and reinvesting resources back into the community and contributing to the sustained mission of the APEDF.
Remember – Uhuru Pies only available in November of 2010
In a measure to consolidate the many faceted efforts of Uhuru Pies and to enhance other aspects of the APEDF, including the December online auction and volunteer appreciation activities and events, Uhuru Pies will only be available in November, just prior to Thanksgiving.
To our wonderful December pie enthusiasts: we ask you to bring your appetite early this year! As we mobilize to get our pies everywhere, all-at-once, from Santa Cruz to Santa Rosa, we want everyone to know though the pies taste great – it is the cause that counts.
Join us this year as we roll up our sleeves, get busy, and give back to Africa! Anyone interested in joining being a part of Uhuru Pies is invited to attend the launch meeting on March 28, at World Ground Café (back room), 3726 MacArthur Blvd. Oakland California 94619. The launch meeting takes place from 10 am to noon. Contact Uhuru Pies at 510-625-1106 or by e-mail at oaklandpies [at] apedf.org. More information available at http://www.uhurupies.org.
Uhuru Pies are 9” deep dish, home style, baked fresh & made with organic, transfat-free vegan pie shells, and high-quality natural ingredients. The apple pies are made with locally-grown California, organic Granny Smith apples.
http://www.uhurupies.org
§Uhuru Sweet Potato Pie
by Bill Canada Saturday Mar 13th, 2010 4:48 PM 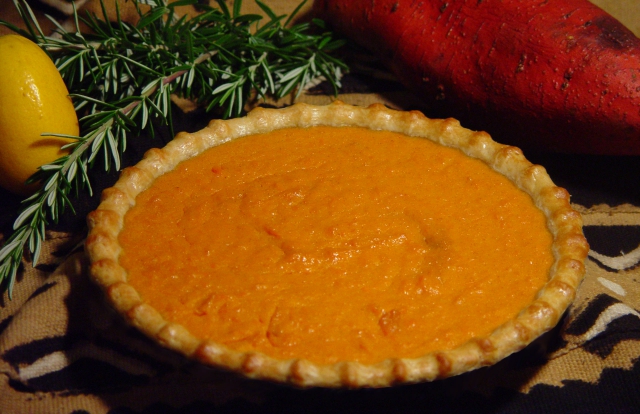 original image (2560x1656)
http://www.uhurupies.org
Add Your Comments
Support Independent Media
We are 100% volunteer and depend on your participation to sustain our efforts!