Top photo by G. Sharat Lin. Media Alliance (based in Oakland, California) films activists for net neutrality outside the FCC hearing held at Stanford University in 2008. 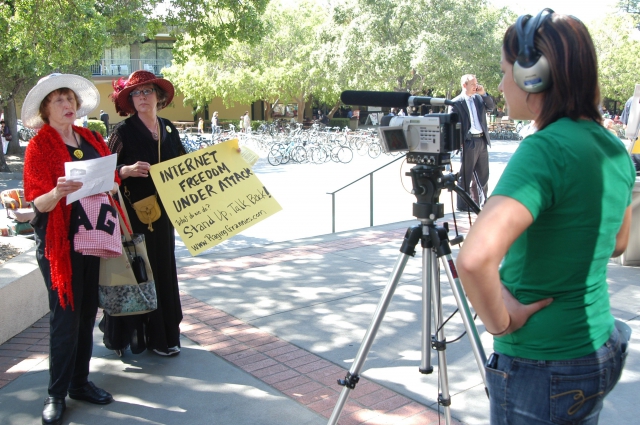 original image (3008x2000)
The internet is a powerful entity and AT&T, Comcast and Verizon want to wholly own it.  Is it possible for corporations to completely control the amorphous world wide web? Or does the internet belong to the people? Barbershop Punk, a sneak peak selection of the *South by Southwest* 2010 Film Festival, documents the struggle for internet neutrality, a world wide web free from corporate control.

In 2008, filmmaker Georgia Sugimura Archer brought a film crew to Stanford University for a very unusual FCC hearing on internet neutrality--unusual because it was one of the few times that all members of the Commission have ever gathered outside of Washington, D.C.

Under scrutiny at the hearing was giant telecommunications company, Comcast.  At a previous hearing held at Harvard University, Comcast had stacked the audience with "snoozers", people paid to fill the auditorium and take up space that otherwise could have been used by activists in favor of net neutrality.  The snoozers were so named because they were actually caught on film falling asleep in their seats, identifiable by identical yellow hi-lighters from the handlers who had bussed them in to the hearing.

Politics takes on interesting bedfellows in Barbershop Punk: Michelle Combs of the Christian Coalition joins musicians Henry Rollins along with Damian Kulash of *OK Go* speaking out in favor of net neutrality.  On the other side is Songwriters Guild President Rick Carnes, who worries composers making their living through royalties from their songs will suffer from a free internet.

But Barbershop Punk is much more than a series of voices taking sides in the debate over internet neutrality. The film, at its core, is about one man taking on the system. It is a classic David and Goliath story that plays out within the Net Neutrality debate and larger context of censorship and access.

At the center of the tale is an unlikely hero, a cappella fan Robb Topolski, who spent untold hours proving that Comcast forged TCP Reset packets to shut down transmissions of his barbershop quartet files. In his testimony to the FCC, Topolski described how he used packet tracing and end-to-end comparisons between Comcast and non-Comcast service to unveil what he first thought could not be possible. To his utter dismay he uncovered that Comcast was using what he called the "great firewall of China technique" and abusing the TCP reset for network management purposes.  Our hero persisted until it became clear that Comcast, who advertises their broadband service as "unfettered" and "the fastest internet connection", was lying to its customers, to regulators, and to the public.

SPOILER ALERT: after the Stanford hearing, the FCC slammed Comcast for blocking internet access to some customers. The FCC reprimanded the cable company for failing to tell its subscribers about the practice, lying when confronted by regulators, and trying to cripple online video sites that compete with its on-demand service.

Electronic Foundation Frontier co-founder John Perry Barlow, comedienne/actress Janeane Garofalo and singing activists the Raging Grannies are amongst those in the film who continue to work on behalf of a truly free internet. They join others across the nation who are motivated by the unwritten subtitle of Barbershop Punk: He who controls the information controls the people.

With co-director Kristin Armfield, director Georgia Sugimura Archer documents the continuing saga of the battle for internet neutrality.  It is a grim future foretold in Barbershop Punk: without strong federal oversight, telecommunications companies with their eyes on fat profit margins will be able to continue practices like Comcast's  move to block file-sharing traffic.  Consumer activists must continue to fight for internet neutrality. Barbershop Punk's sneak peak screening at the upcoming SXSW Festival and anticipated summer world premiere will give the movement a much-needed jolt of energy.

--Barbershop Punk is a sneak peak selection at the South by Southwest Film Festival on March 15th in Austin, Texas-- 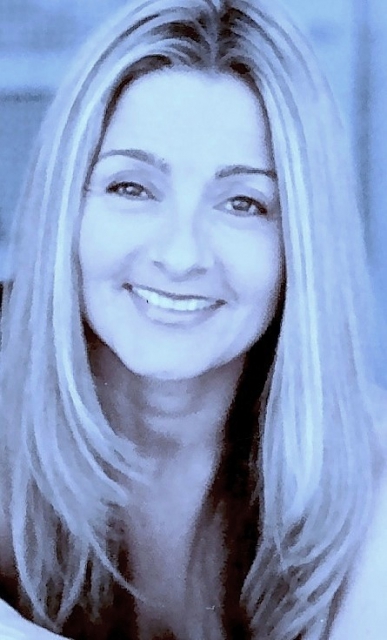 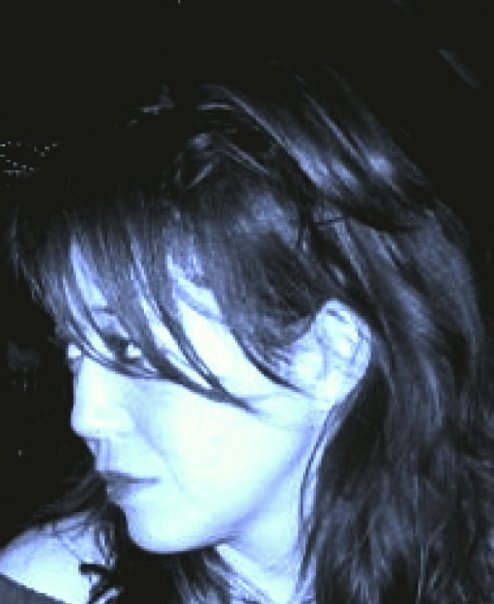 photo courtesy *This End Up Films*
END_OF_DOCUMENT_TOKEN_TO_BE_REPLACED
Add Your Comments
Support Independent Media
We are 100% volunteer and depend on your participation to sustain our efforts!