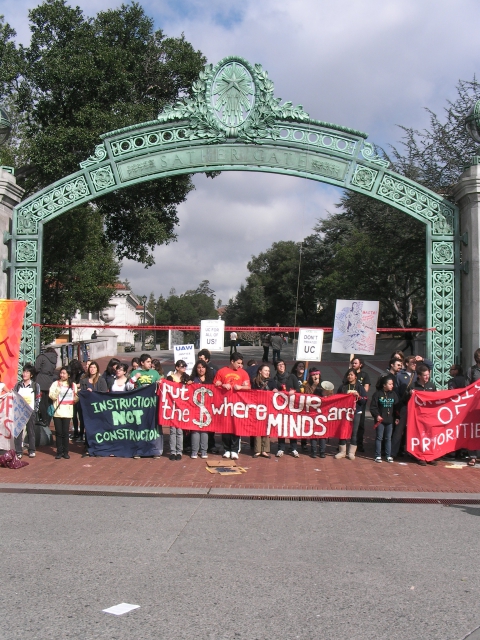 original image (2304x3072)
The March 4 Day of Action started early on the UC Berkeley campus, with picket lines going up at 7 a.m. Strikers blockaded Sather Gate and the campus was noticeably empty as many professors and graduate students canceled classes in observance of the day of action. Protesters denounced what they called a crisis of priorities that has deprived public education at every level.

At noon, the Berkeley strikers held a rally at the intersection of Bancroft and Telegraph. Then, around 2,000 people marched 4.5 miles down Telegraph Ave. to downtown Oakland. Participation in the protest was broad, with public school teachers and middle school and high school students joining the march as it made its way to Frank Ogawa Plaza.

The rally in Oakland was followed by a dance party and snake march, ending with the arrest of 150 people after protesters take the 880 freeway in West Oakland. A local high school student fell 20-30 feet sustaining serious injuries as police moved in on protesters on the elevated freeway.
§UCMeP Red Carpet
by jbp Saturday Mar 6th, 2010 7:26 PM 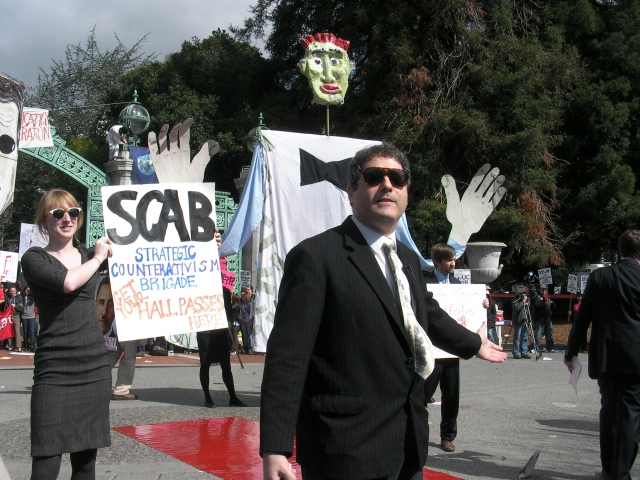 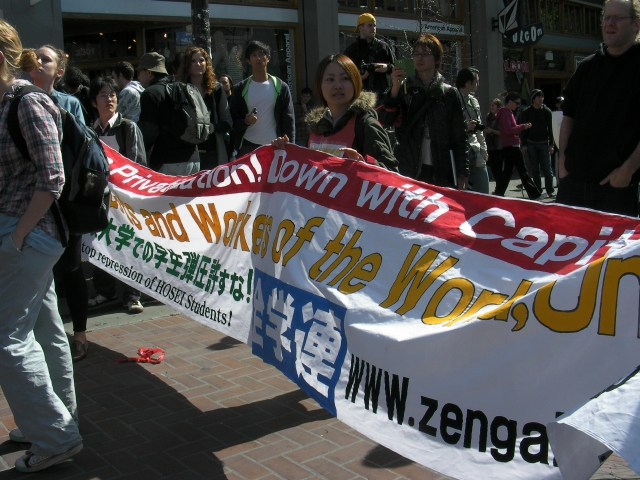 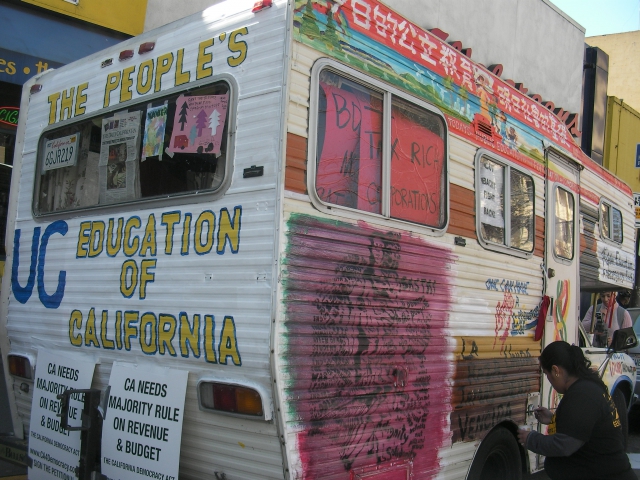 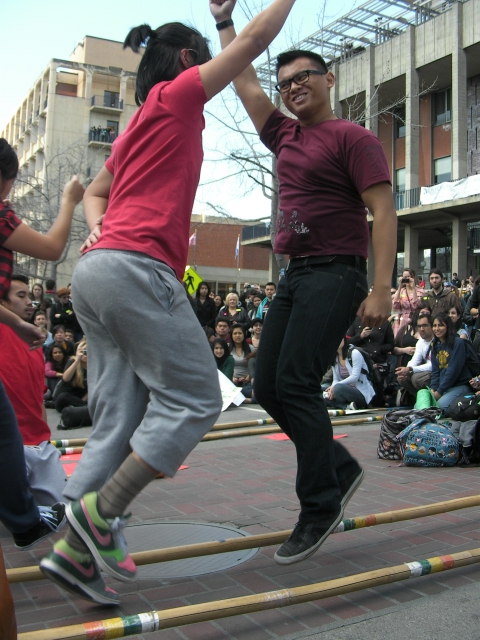 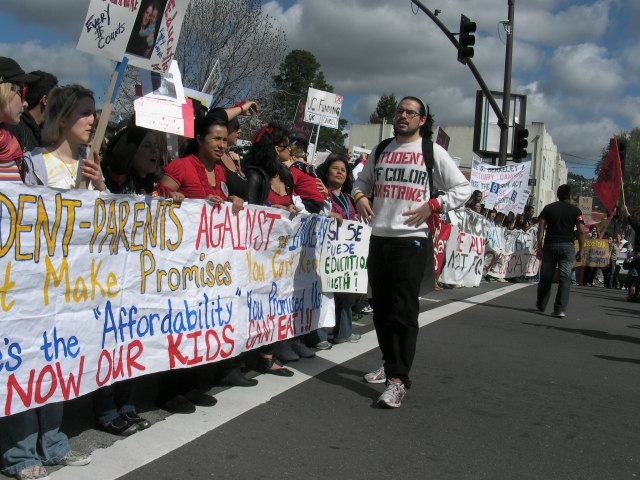 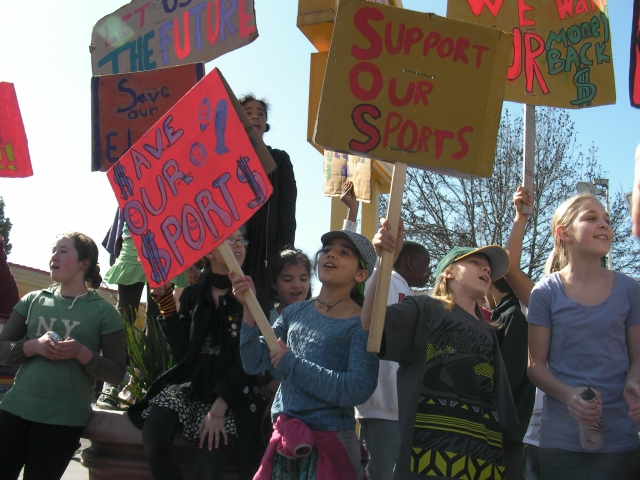 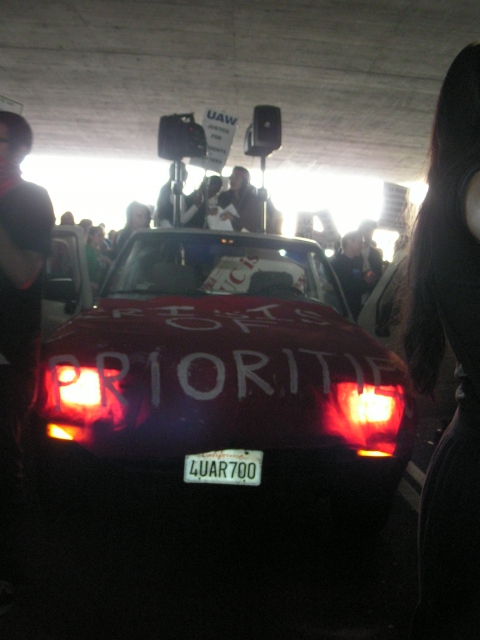 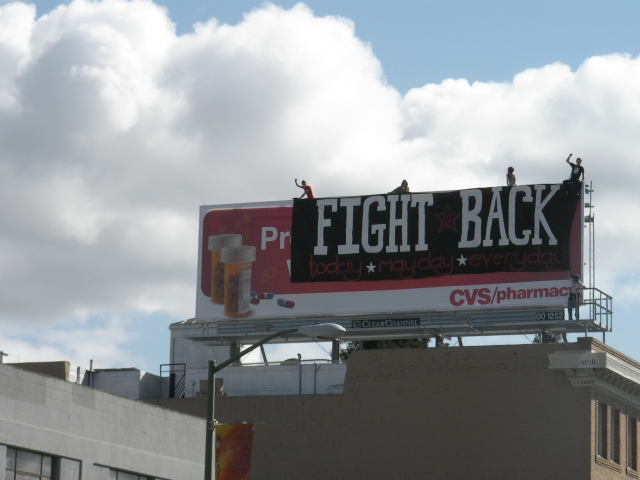 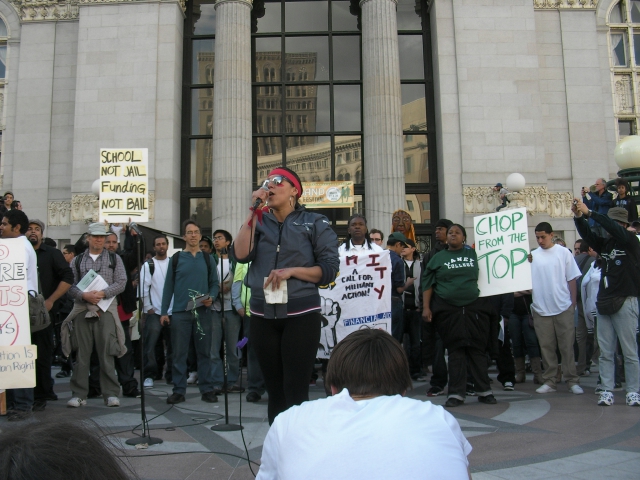 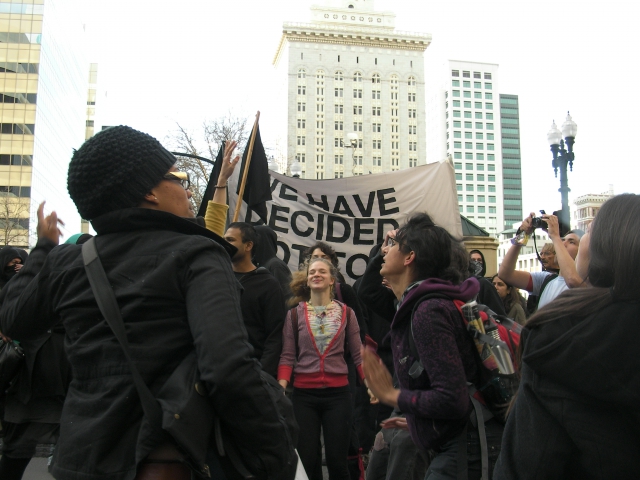 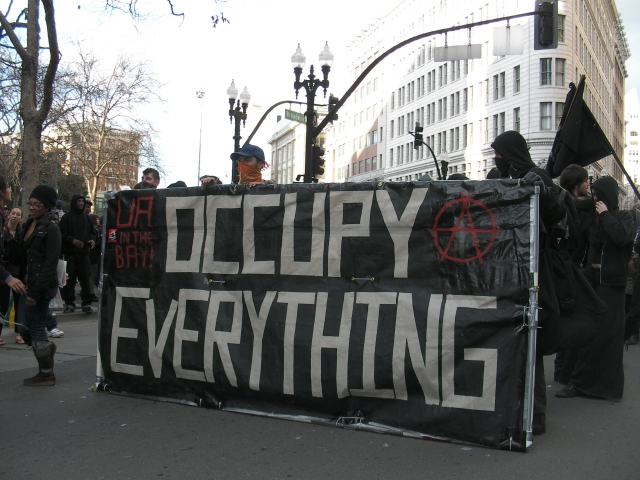 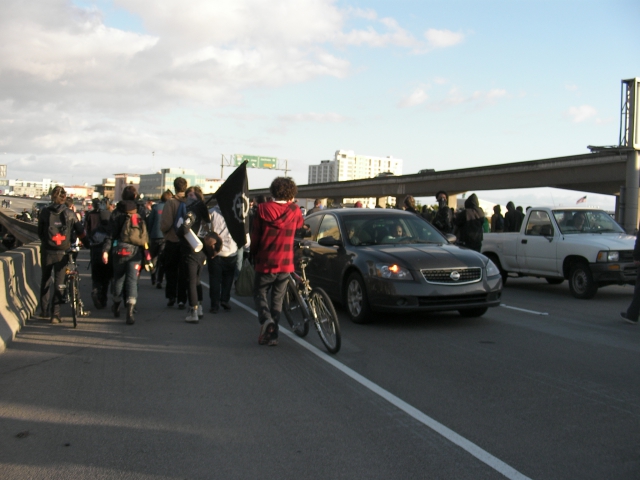 original image (3072x2304)
A group takes the 880 freeway, resulting in around 150 arrests.
Add Your Comments
Support Independent Media
We are 100% volunteer and depend on your participation to sustain our efforts!