Add an Event
Newswire
Calendar
Features
Home
Donate
From the Open-Publishing Calendar
From the Open-Publishing Newswire
Indybay Feature
Publish to Newswire
Add an Event
Related Categories: Santa Cruz Indymedia | Education & Student Activism
March 4th Day of Action for Education in Watsonville
by ~Bradley (bradley [at] riseup.net)
Friday Mar 5th, 2010 1:48 AM
On March 4th, the Pajaro Valley Federation of Teachers, along with Viernes Cultural, parents, students, and community partners, held a rally in the Watsonville plaza and a symposium to support public education and bring the community together to call for "No more cuts to education!" 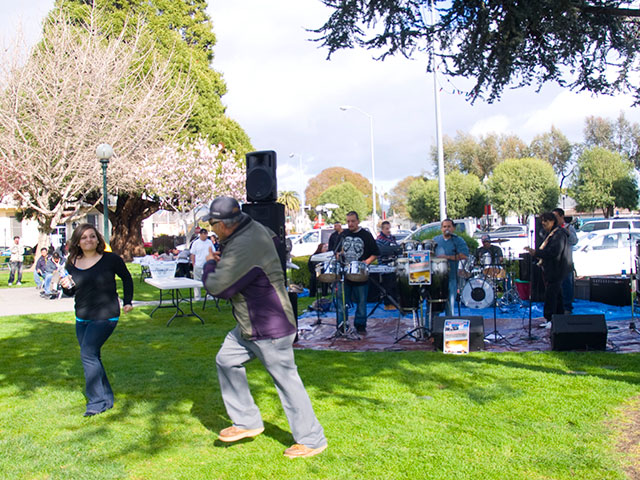 The events began in the Main Plaza of Watsonville at 3pm with a rally and music by La Sangre. Paintings were on display by Josefina Estrada, along with art activities for children courtesy of Mariposa's Art.

The symposium was held in the Watsonville Cabrillo College Forum and featured John Silver, a filmmaker and video director for the New Teacher Project. John presented on the importance of Watsonville in Labor History.

PVUSD School Trustee veteran Sandra Nichols discussed the power and responsibilities of local school boards in the budget crisis and beyond.

Jenn Laskin of the Pajaro Valley Federation of Teachers spoke about the most effective solution to the budget crisis, to change the 2/3 majority required for California to pass a budget. This is on a ballot proposition currently gathering signatures.

The March 4th Day of Action of Education began as statewide initiative, but eventually expanded into a national and international phenomenon.

In Watsonville, the purpose of the day was to broaden the impact of March 4th beyond educational institutions to other public and private sector workplaces, and to build public awareness of the damage being wreaked by state budget cuts on the quality of life for all Californians.

The Day of Action emphasized three themes:
• To restore the promise of public education;
• To rebuild a government and economy that works for all the people; and
• To enact fair taxes to fund California's future.

On Friday, March 5th, a "March for California's Future" will kickoff and move from Bakersfield to Sacramento over the course of 48 days, ending with a large rally in the Capitol.

Specific issues for the march to Sacramento include:

* This text was taken from the event announcement, and slightly altered.

Indybay coverage of the March 4th Day of Action for Education: 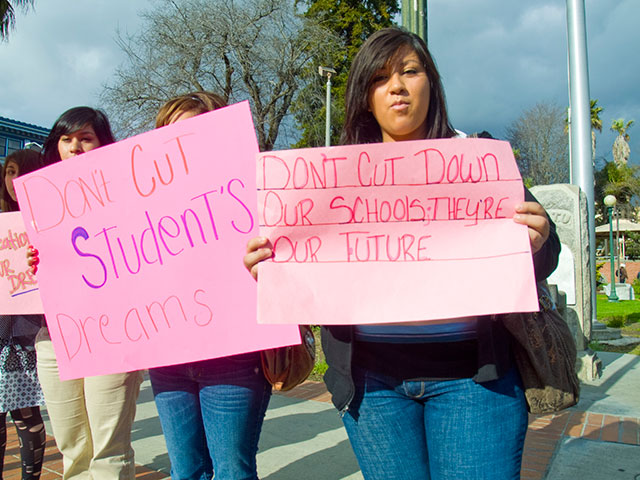 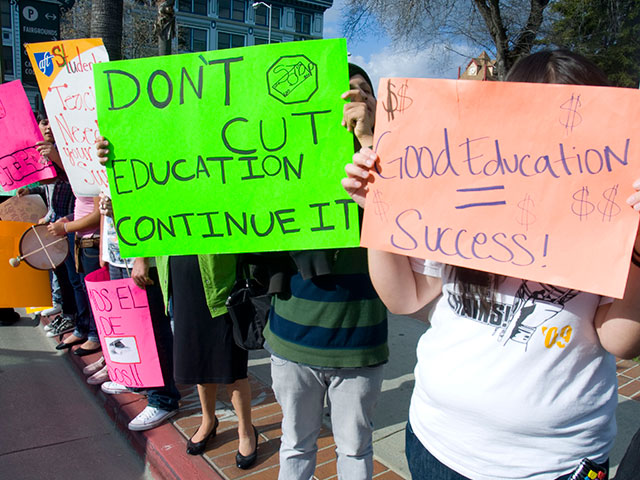 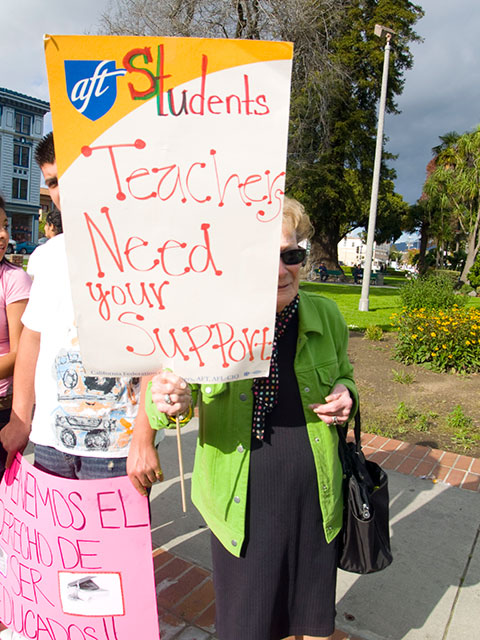 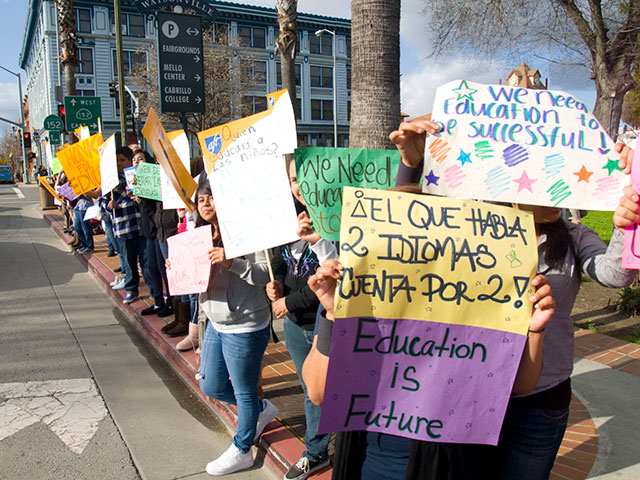 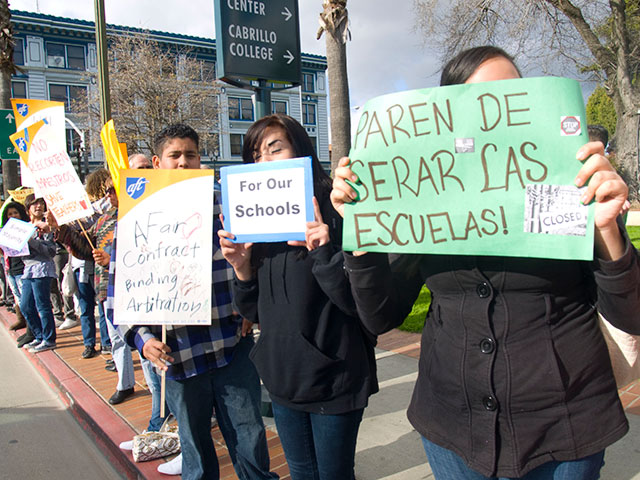 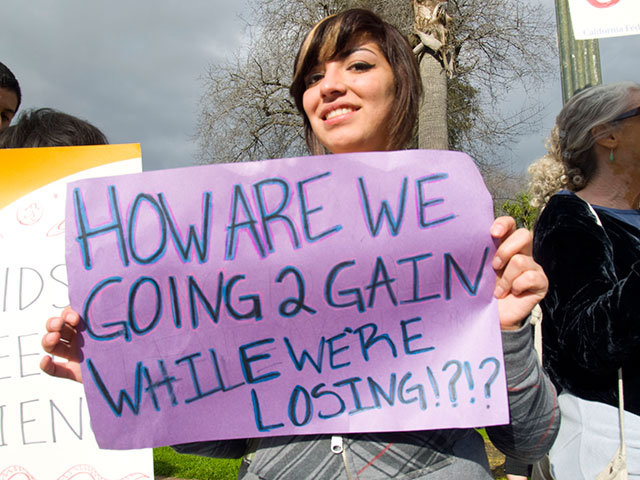 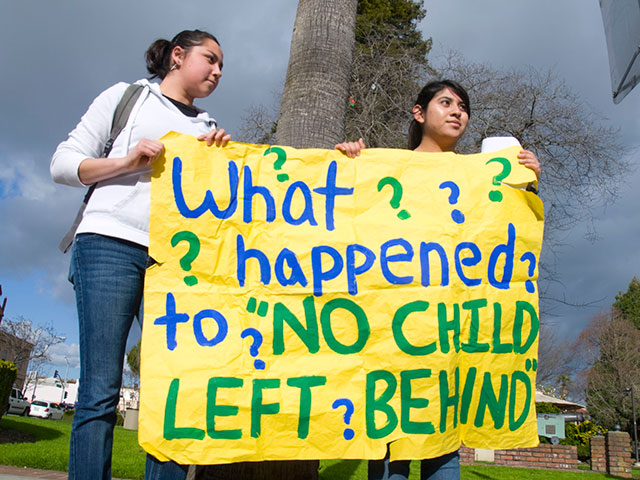 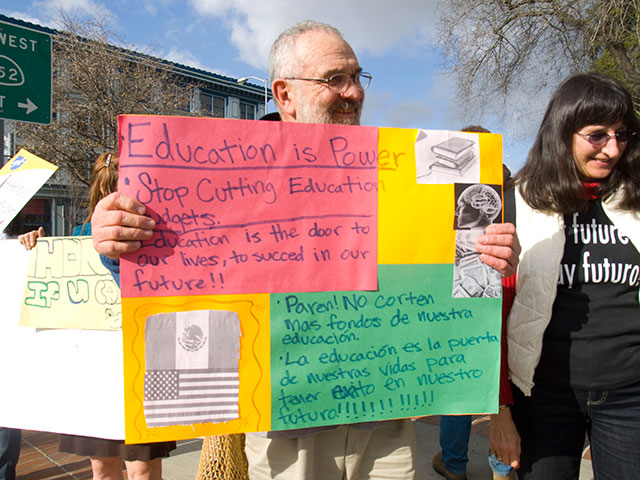 John Borrego is a longtime resident and active community member in Watsonville and a professor at UC Santa Cruz in the Latin American and Latino Studies department. Professor Borrego was previously in UCSC's Community Studies department. Fortunately, I had the opportunity to take multiple classes from John.
§
by ~Bradley Friday Mar 5th, 2010 1:48 AM 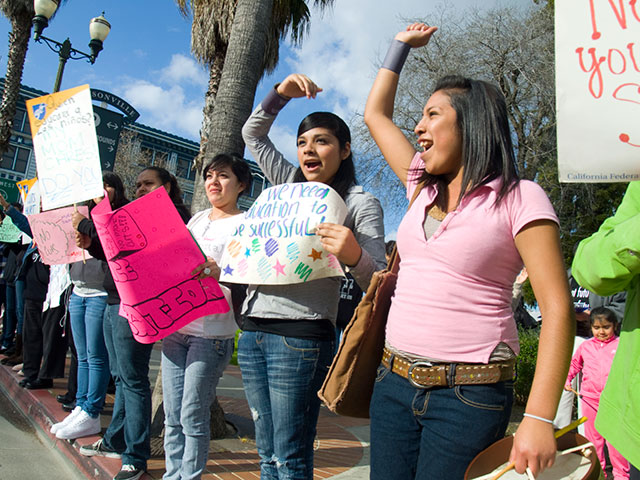 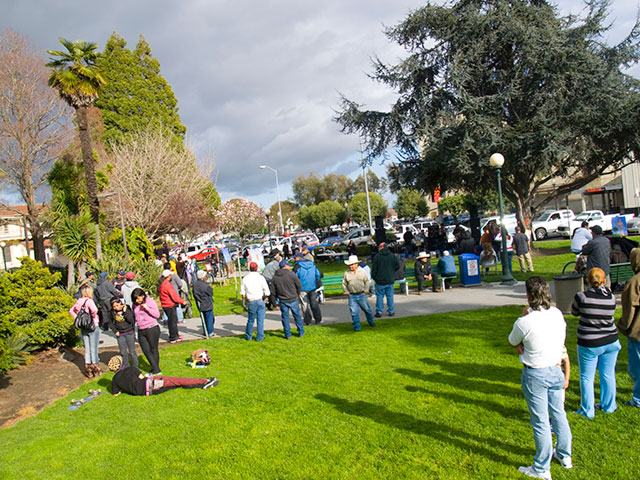 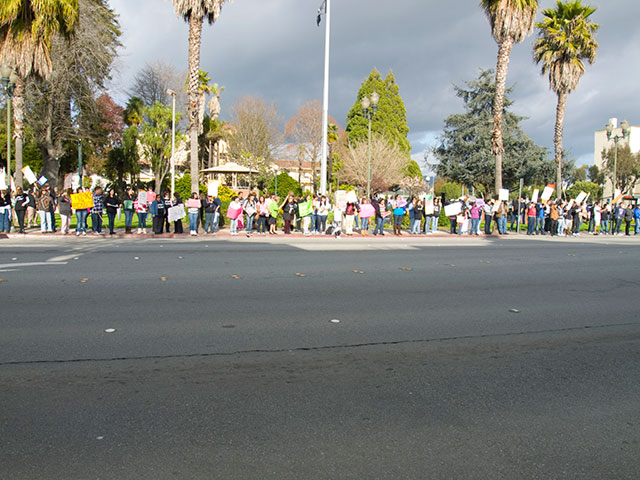 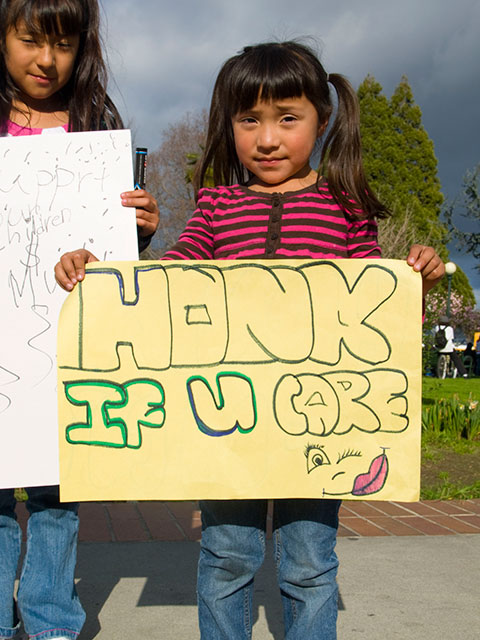 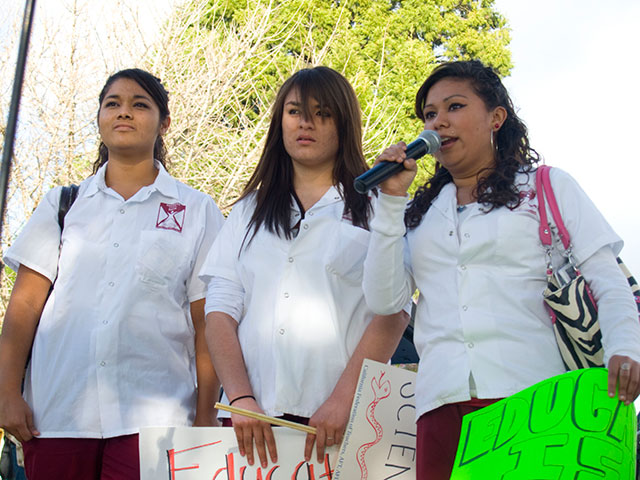 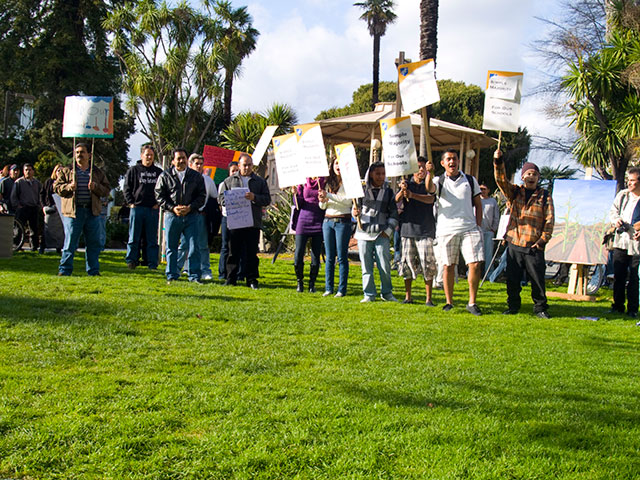 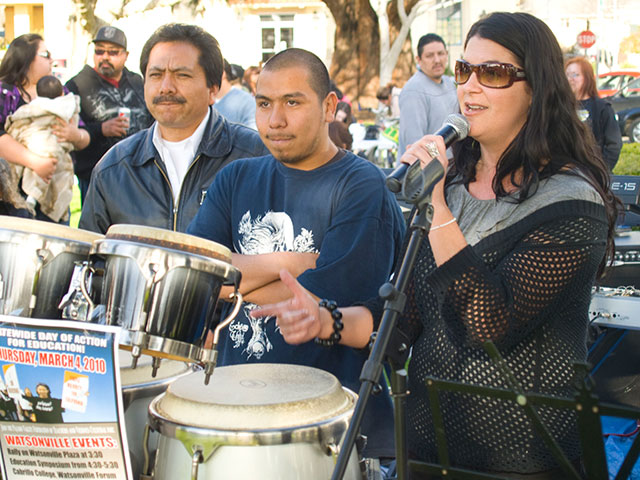 On March 5th, Manny (center) and Jenn (right) are going on the march for public education from Bakersfield to Sacramento.
§
by ~Bradley Friday Mar 5th, 2010 1:48 AM 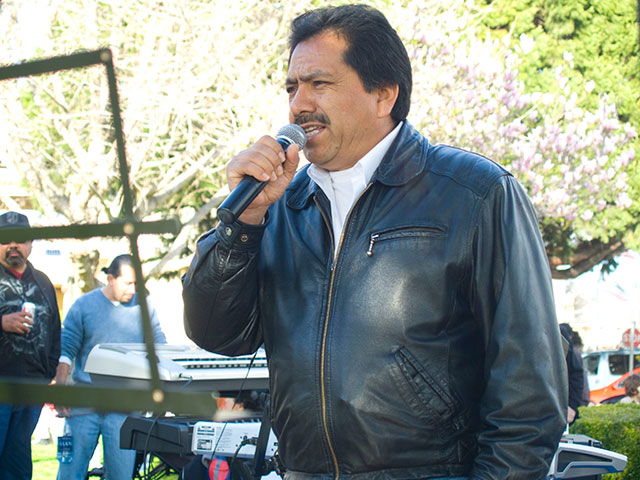 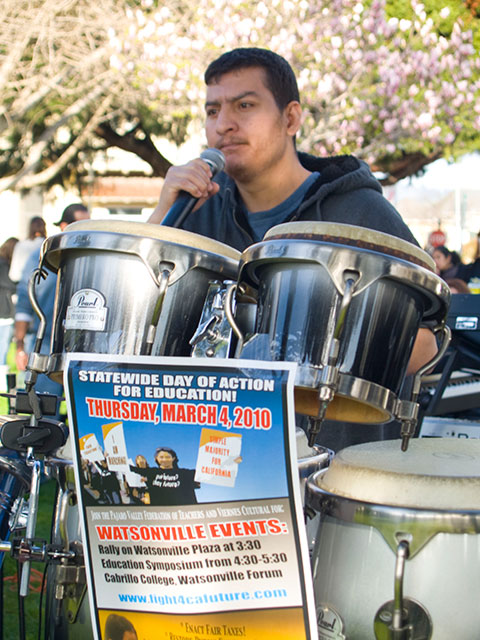 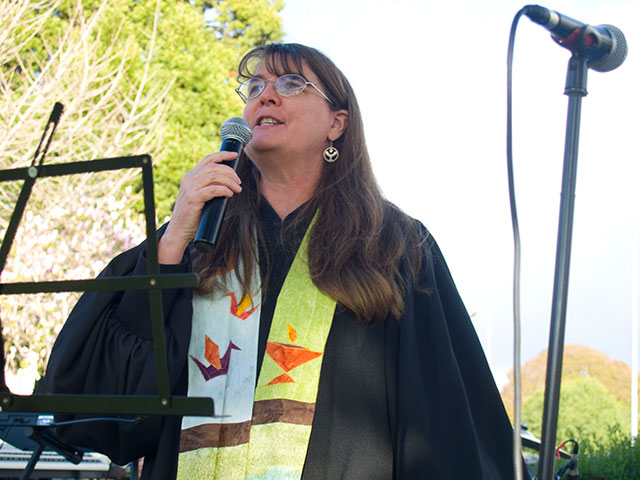 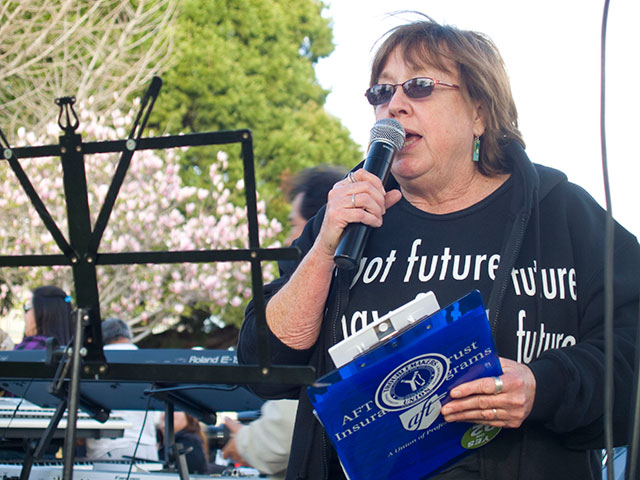 A flyer for the March for Justice on March 21 in Salinas
Add Your Comments
Support Independent Media
We are 100% volunteer and depend on your participation to sustain our efforts!