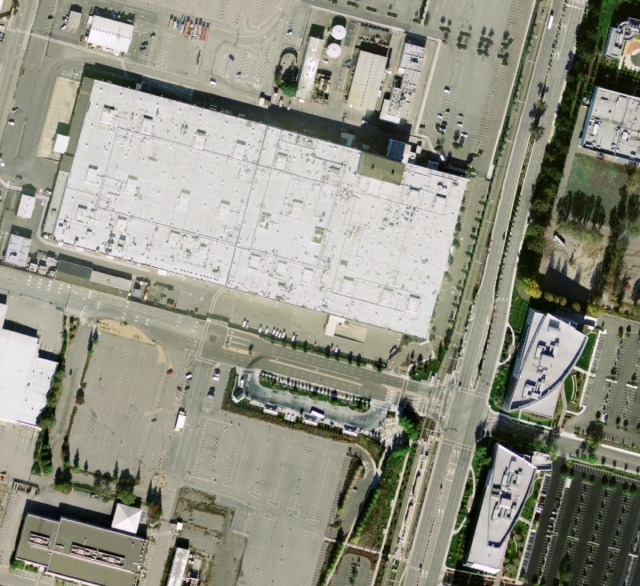 original image (1200x1100)
The United States Navy and Lockheed Martin have been concealing the assembly and movement of nuclear warheads in the densely populated San Francisco Bay Area for decades. The nuclear weapons facility is so secret that not only is photography strictly prohibited, but even making drawings or taking notes about the buildings from a public street is considered illegal. It is internally identified as a Naval Industrial Reserve Ordnance Plant (NIROP), one of several across the country.

Inside a single sprawling industrial building of approximately 100,000 square feet at the corner of 5th Avenue and Mathilda Avenue in Sunnyvale, California individual W88 nuclear warheads are assembled for the Trident II (D5) submarine-launched missile. Labeled externally by Lockheed Martin's designation simply as Building 181, the facility contains loading docks shielded from view from streets for trucks to load and unload their sensitive cargoes away from the eyes of the public or even from aircraft and reconnaissance satellites. Once loaded onto unmarked trucks, often under cover of darkness, the warheads may be moved to or from any of a number of nuclear weapons laboratories around the country or to the Kings Bay Naval Submarine Support Base in Georgia, just north of Jacksonville, Florida. That is where they are loaded onto Trident II missiles at the submarines' home base.

The W88 nuclear warhead was designed at the Los Alamos National Laboratory in New Mexico, where supercomputer simulations were used to optimize the yield of the warhead through a critical combination of a plutonium 239 primary explosive boosted by a tritium-deuterium fusion reaction. That, in turn, detonates a uranium 235 secondary, enhanced by a lithium 6 deuteride fusion reaction. This complex combination gives the W88 an incredible explosive yield of 470 kilotons of TNT equivalent in a remarkably compact warhead. This is equivalent to approximately 30 Hiroshima atomic bombs.

Each Trident II missile payload is a multiple independently-targetable re-entry vehicle (MIRV) containing eight W88 nuclear warheads, which gives a single missile the power to obliterate every major metropolis in countries like Japan, Iran, or Pakistan. One Trident nuclear submarine carries 24 Trident II ballistic missiles, giving it a combined weapons payload equivalent to 90 million tons of TNT, enough to flatten infrastructure and wipe out most of the populations of China, India, Russia, or Brazil several times over. The only other country believed to possess such advanced warheads is Israel, some of whose dual-nationality nuclear scientists were among the few to have been given security clearance to work on advanced numerical simulations of nuclear weapons at the Los Alamos National Laboratory.

Aerial photographs reveal the below-ground ramps along the western wall and near the south eastern corner of Building 181. From ground level, the declining ramps are concealed by privacy slats in the chain link security fence. Nowhere else does the chain link perimeter fence contain privacy slats, indicating that there was a deliberate decision to specifically conceal the below-ground ramps and the loading docks that they lead to.

Lockheed Aircraft Corporation, which has operated the property continuously since acquiring it, apparently sold the property to the U.S. Navy at the latter's request on December 27, 1957. With the intent to use the building for the engineering and assembly of advanced nuclear warheads, the Navy deemed it necessary to buy the property in order to enforce provisions of U.S. Code Title 18 applicable only to U.S. government property to prevent photography and data collection about the facility. Confounding measures were also taken, such as deliberately mislabeling the street address as "1233 North Mathilda" when the actual recorded street address is 1235 North Mathilda Avenue. Nevertheless, the change in ownership did not alter Lockheed Martin's exclusive custody of the property and use of its facilities.

While the U.S. government hammers relentlessly at Iran for allegedly failing divulge the full details about its uranium enrichment efforts and its nuclear program, the Pentagon is not only actively concealing nuclear warhead production from the American public and the IAEA (UN International Atomic Energy Agency in Vienna), but concealing the movement of dangerous fissile materials through densely-populated urban areas like Sunnyvale and Mountain View.

It is time for the United Nations and the American people to demand full disclosure of the Pentagon's intentions for further development of nuclear weapons. With the United States and Israel being the only countries in the world to openly declare the option of using nuclear weapons in a first strike, these are the most dangerous sources of pre-emptive nuclear war. Iran, by contrast, has not launched any sort of pre-emptive attack on another country in more than a century, let alone an attack with any type of weapon of mass destruction. 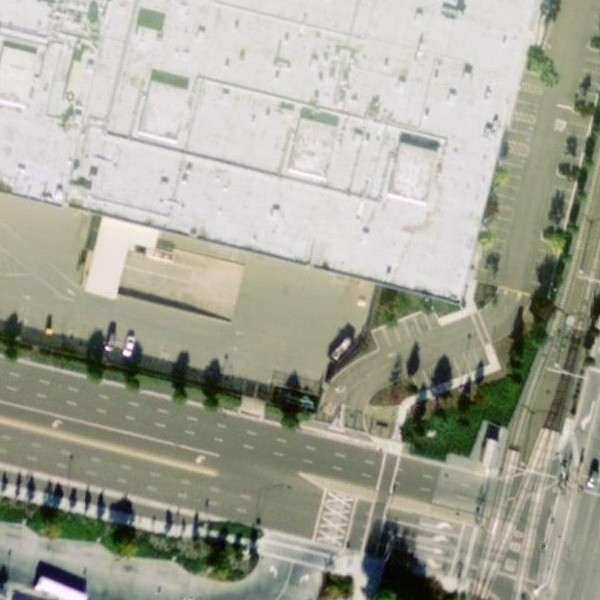 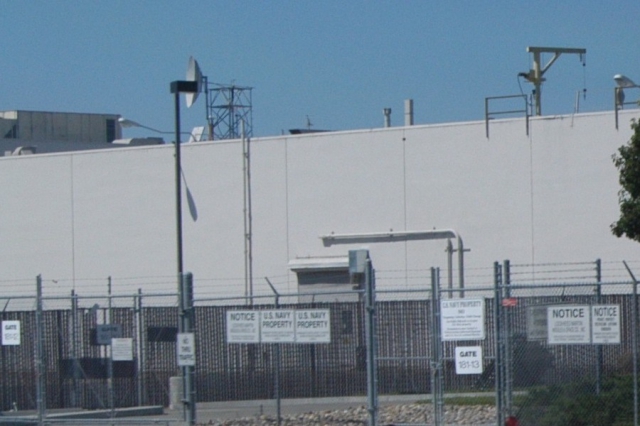 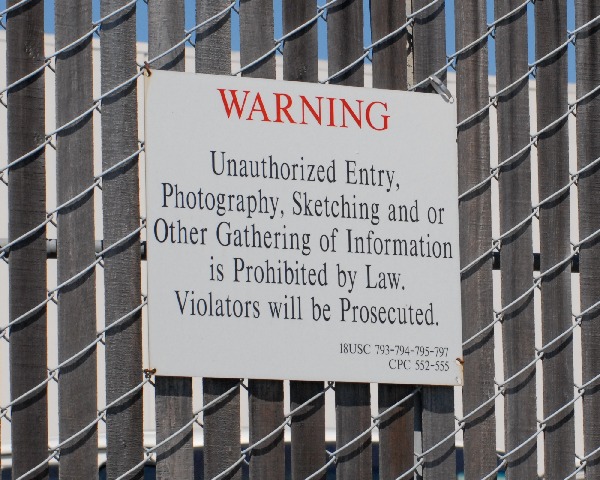 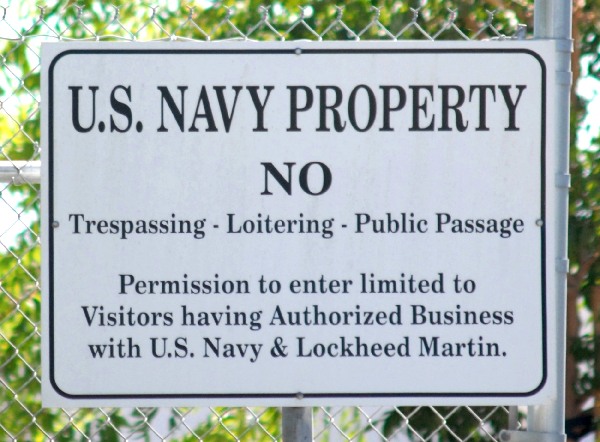 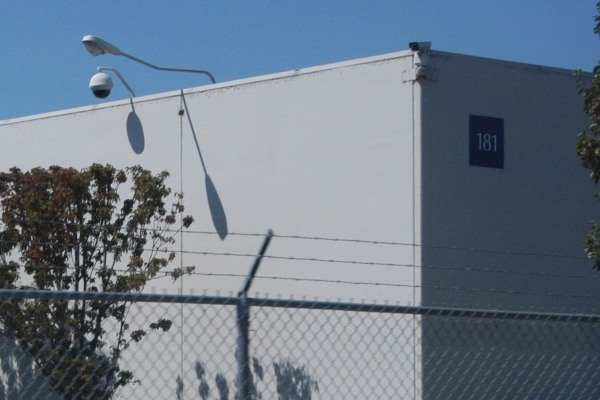 §Wowee!
by Mike Holmes
Wednesday Mar 3rd, 2010 12:00 PM
Well, you finally noticed this building. It's only been there for about 50 years. However, I don't think they assemble the W88 there. The warheads are manufactured at the Pantex plant near Amarillo, Texas. (See the wikipedia article at http://goo.gl/hX2i and page 5 of this paper http://goo.gl/hX2i)

So, what do they do at building 181? The building has been used for making Submarine Launched Ballistic Missiles since the 60's. It was used to make the Polaris, Poseidon, and Trident missiles. It may have also been used for the Agena program. Lockheed Missiles and Space, now Lockheed-Martin Space Systems, is also where work was done on the Corona and other satellites.

As for hiding it by listing the address as 1233 N Mathilda instead of 1235 N Mathilda, have ever driven by it? If you put either address in your GPS you'll still end up there. Mathilda is a major street, with lots of traffic. The VTA light rail trains also run right in front of this building. There is only one row of fences around it, except on Mathilda Ave., where there is one fence between Mathilda and the tracks and another fence between the tracks and the plant. Nuclear facilities always have a double row of fences.

Now, would you like me to tell you where the nuclear reactor in San Jose is located? I'll give you a hint, they used to make them at a plant near by, but the reactor plant was closed and now it's a shopping center called "The Plant". Just look for the building with the high bay. BTW, the reactor has never been fueled and is used for training reactor operators.
Add a Comment
§manufacture
by c
Wednesday Mar 3rd, 2010 8:07 PM
you said it. Why are they doing that there? Are they actually driving the missiles away from there, or somehow moving them via the San Francisco Bay (where oil tankers have hit the bridge in the fog and had leaks etc. ). You'd think there would be a spot in a remote area on Vandenberg where they'd do that.
Add a Comment
§Secret History of Silicon Valley
by another source
Thursday Mar 4th, 2010 6:05 AM
The Secret History of Silicon Valley Part 13: Lockheed-the Startup with Nuclear Missiles
--> written by a trustee of UC Santa Cruz.

If I Told You I’d Have to Kill You: The Story Behind “The Secret History of Silicon Valley”
http://steveblank.com/2009/03/23/if-i-told-you-i%E2%80%99d-have-to-kill-you-the-story-behind-the-secret-history-of-silicon-valley/

Add a Comment
§No NUkes
by Ariminius
Monday Mar 8th, 2010 5:49 AM
Nice try but no one is making nukes in SF.
Add a Comment
§Good. I'm glad we're still in that business.
by loupgarous
Sunday Mar 14th, 2010 7:31 PM
The radiological hazards from a coal-fired power plant are MUCH more severe than those from a nuclear weapons production line. As far as the Navy concealing the plant, good for them.

I live seven blocks from the old Rocky Mountain Arsenal. For decades WE had to live with the presence of tons and tons of nerve gas and other chemical weapons, and the detritus of several plants for the manufacture of same. I also live about twelve miles as the crow flies from the old Rocky Flats Plutonium Reprocessing Plant. The Army's Pueblo Chemical Depot, maybe 80 miles from my home, is considering destroying tons of mustard gas in place with detonations. In the open air. Do you see a pattern emerging?

Just enjoy the freedom that 55 years of nuclear weapons have secured for me and you, and thank your lucky stars that someone wasn't DISASSEMBLING the things across town from your house for 4 decades. We all have to live with incremental risks in order to be defended from worse ones.
Add a Comment
Support Independent Media
We are 100% volunteer and depend on your participation to sustain our efforts!