Add an Event
Newswire
Calendar
Features
Home
Donate
From the Open-Publishing Calendar
From the Open-Publishing Newswire
Indybay Feature
Publish to Newswire
Add an Event
Related Categories: Haiti | East Bay
Student Groups Gets Entire Campus to Take Pants off for Haiti
by Linda Pham (linda [at] caldosomething.org)
Friday Feb 19th, 2010 1:57 PM
CalDoSomething.Org, a student group on the campus of UC Berkeley gets over 1000 people involved and over 10,000 people aware of their Jeans For Haiti Campaign. This campaign is a part of Teens For Jeans, a national effort to raise awareness of teen homelessness and to collect jeans for those in Haiti. This effort is in collaboration with Aeropostale, who will match every single pair donated with a new pair of jeans, giving a final total of approximately 200,000 pairs of jeans, all of which will be donated to Haiti. 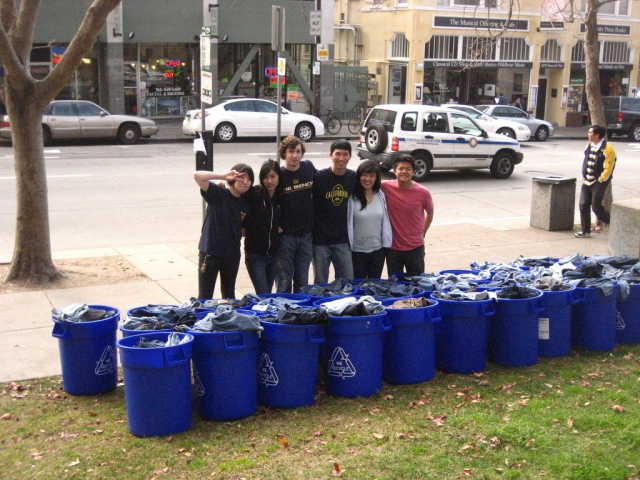 original image (1024x768)
They collected over 1,000 pairs of jeans for homeless teens in Haiti. And their club name reflects their enthusiasm for taking social action – Do Something.

Berkeley, CA – February 19, 2010 – UC Berkeley students cleaned out their closets, and some even took their pants off in front of hundreds, all for a good cause. Student group, Cal Do Something, spearheaded the effort, collected over 1,000 pairs of jeans – that’s nearly a ton in weight – and made more than 10,000 people on-campus aware of their campaign.

The purpose of the ‘Teens for Jeans’ campaign is to raise awareness about teen homelessness by encouraging young people to collect and donate gently-worn jeans. The national campaign is lead by DoSomething.org, in partnership with clothing-brand Aéropostale. On the Berkeley campus, Cal Do Something organized their own ‘Jeans for Haiti’ drive to raise awareness of the recent disaster in Haiti while also collecting jeans to support relief efforts. Michael Clark, Manager of the Aéropostale store in San Francisco, pledged to “match every pair of jeans with a new one,” in effect doubling the impact that donors would make. Nationally, the goal of Teens for Jeans is to collect over 200,000 pairs this year.

Furthermore, in light of the recent events in Haiti, Aéropostale also committed to direct the first 200,000 pairs of collected jeans to Haiti. Teens for Jeans spokesperson and Twilight star Ashley Greene explained, “When I heard the statistics about homeless teens, it was hard to ignore and I want to do everything I can to help young people take action and ‘Teens for Jeans’ is a great way for them to get involved.”

“Young people, especially college students, are broke, and we live on Ramen diets,” says Linda Pham, Cal Do Something’s Marketing Director. “So when news broke of the recent events in Haiti, we wanted to provide an alternative to donating money. We also hoped to make the campaign simple, edgy, and fun so that college students can relate to it.”

To increase awareness and involvement, the group implemented a custom SMS text message program that reminded students to bring their jeans to campus, and cross-promoted the week-long Cal Haiti Coalition with over 30 participating student organizations.

“In the spirit of the Coalition, we encouraged other student organizations to help us collect jeans,” says Stanley Quan, Operations Director. “Everyone thought collaboration was a great way to show solitary and support for those in Haiti.”

UC Berkeley’s student government also jumped at the opportunity. Led by John Tran, the Academic Affairs Vice-President, everyone in the entire student government pledged to each donate a pair of jeans. “The campaign was simple, and the impact was measured through jeans,” adds Terrence Zhao, the Community Service Chair of the Asian American Association. “It was a great way to get our members involved in community service”

About Cal Do Something:

DoSomething.org believes teenagers have the power to make a difference. We leverage communications technologies to enable teens to convert their ideas and energy into positive action. We inspire, empower and celebrate a generation of doers: teenagers who recognize the need to do something, believe in their ability to get it done, and then take action. Plug in at http://www.dosomething.org. 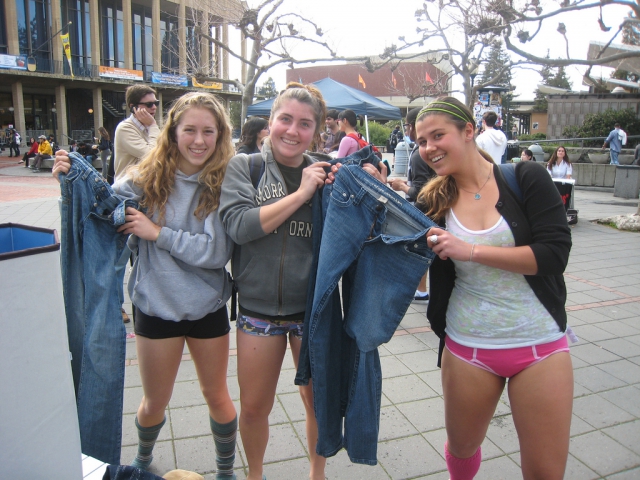 original image (1024x768)
http://www.caldosomething.org
Add Your Comments
Support Independent Media
We are 100% volunteer and depend on your participation to sustain our efforts!