Minister Keith Muhammad reiterates that the purpose of the Town Halls is to secure justice. He notes that there have been about 47 Town Halls since January 2009 and discusses how the trial of Johannes Mehserle has been ordered moved to Los Angeles. He points out that the final Alameda hearing in the case was set for December 15th. He talks about the importance of uniting with LA residents once the trial dates are known. He mentions the upcoming January 1st vigil at 2pm at Fruitvale BART station where Oscar Grant was killed one year ago. Minister Keith adds that a public meeting on BART's hiring of a new police chief was scheduled for December 17th at the Metro Auditorium in downtown Oakland, and that the California Assembly was set to discuss BART police oversight again in January. OPD killed another man on the Thursday prior to the Town Hall (12/3/09) around 63rd and MacArthur, and Minister Keith is trying to learn more details.

Minister Christopher Muhammad asks if West Oakland is becoming San Francisco East. He says the policies gentrifying West Oakland are by the same forces dedicated to decimating the poor and populations of color worldwide. We are not powerless, he says, but... African American leaders in Oakland are not standing up for their own communities.


previous recorded Town Hall on Environmental Justice in Oakland and Mehserle Change of Venue, 11/7/09: audio
http://www.indybay.org/newsitems/2009/12/06/18631627.php
[November 14th Town Hall was not recorded due to the 10th Anniversary of LA IMC being on the same day. No Town Hall held on November 21st or 28th.] 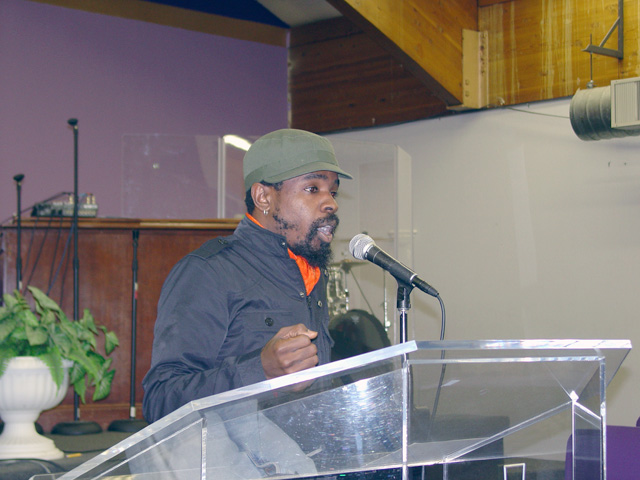