Linda Williams, President and CEO of Planned Parenthood Mar Monte, adressed about 100 people, then all walked and marched through downtown Los Altos. They outnumbered their Catholic Church opponents on the opposite side of the street three-fold. 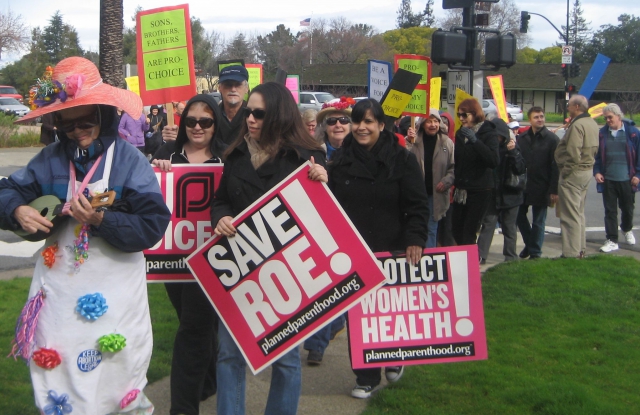 original image (2045x1328)
The Raging Grannies sang for inspiration, then led the march through the streets of downtown Los Altos. The 7 Grannies, gathered behind their banner, fell behind on occasion but quickly caught up and led the group in song...loudly enough to be heard by the anti-choice crowd on the other side of Main St. in picturesque Los Altos, California.
§Both sides are closest at this point
by counterpoint to anti-choice march Saturday Jan 23rd, 2010 12:04 AM 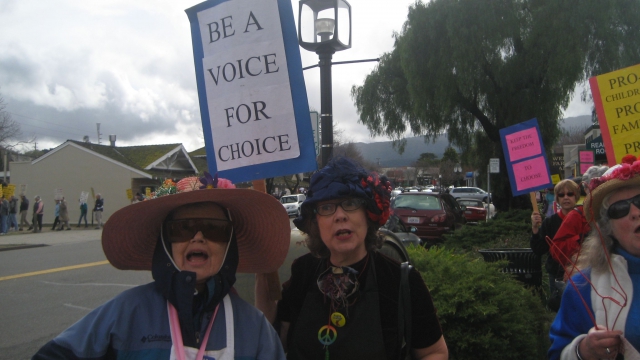 original image (2816x1584)
Anti-choice on the left side of the photo in the distance
§Granny with feather duster chats with the speaker of the day
by counterpoint to anti-choice march Saturday Jan 23rd, 2010 12:04 AM 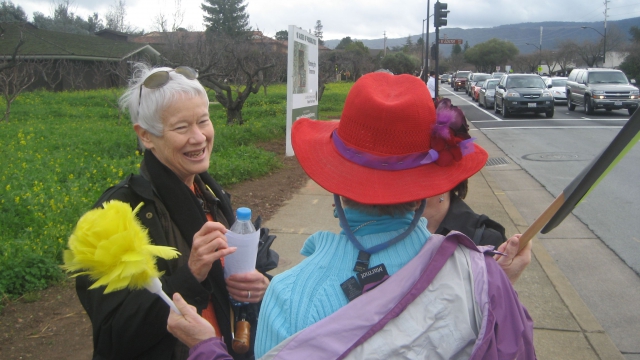 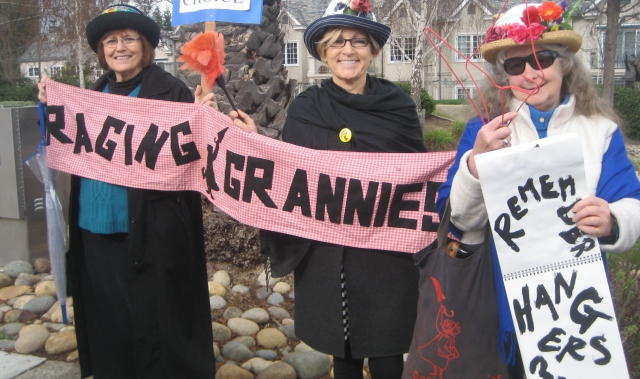 original image (2645x1568)
With feather duster and hangers
§Peering across the street
by counterpoint to anti-choice march Saturday Jan 23rd, 2010 12:04 AM 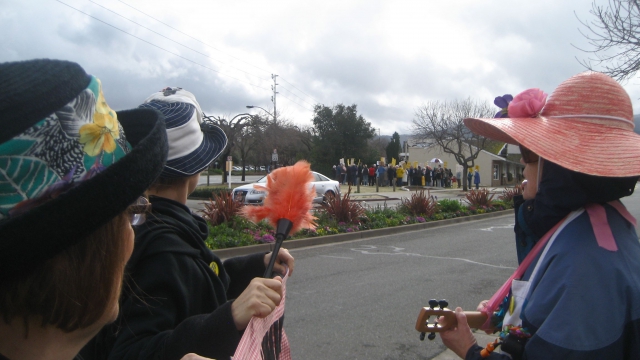 original image (2816x1584)
The opposition was small in number this year. This is year number nine that the Los Altos AAUW has organized this action. The grannies started joining the march 4 years ago.
Add Your Comments
LATEST COMMENTS ABOUT THIS ARTICLE
Listed below are the latest comments about this post.
These comments are submitted anonymously by website visitors.