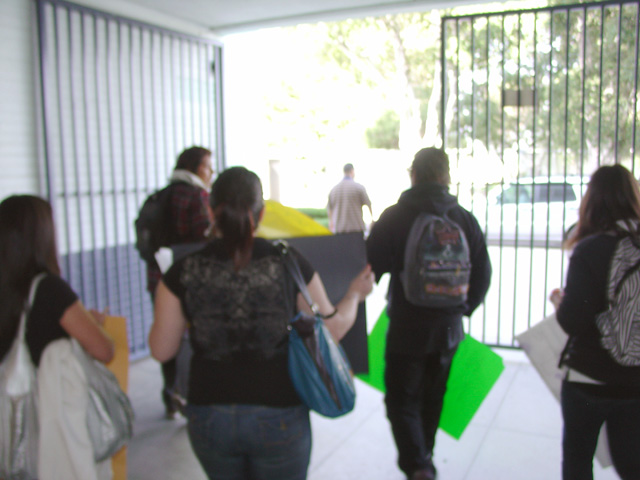 The campus is walled off on all sides with a ten-foot-high iron fence lined with impassable steel mesh, and the entire demonstration took place within that space. To gain access to the school to witness the rally, non-student supporters had to sign in with an armed security guard and be escorted by the Vice Principal who was in support of the students becoming active in the struggle for civil rights and against police violence.

Locke High School, once a single Los Angeles public school, is now a collection of charter schools, the buildings and facilities within the fenced area having been divided into several separate high schools, each focusing on different specialties for students who must apply for admission.

Having arrived at about 11:30am just as students were leaving the class room where they had been preparing banners and signs, students pictured above are heading for the senior quad where the rally would be held. 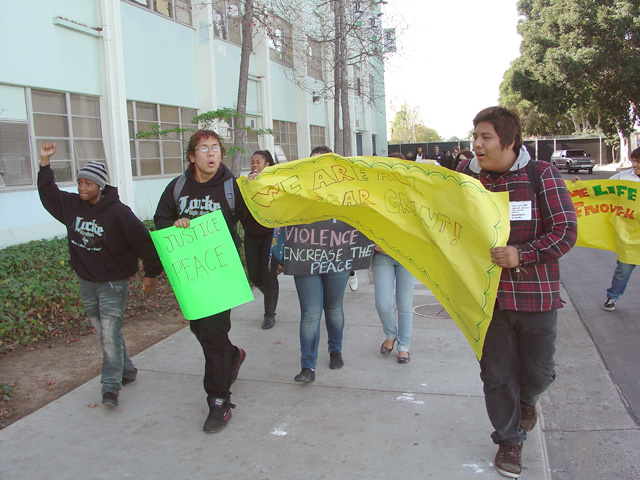 http://indybay.org/oscargrant
§The first students to rally on a concrete platform at the center of campus
by dave id Tuesday Jan 12th, 2010 10:03 PM 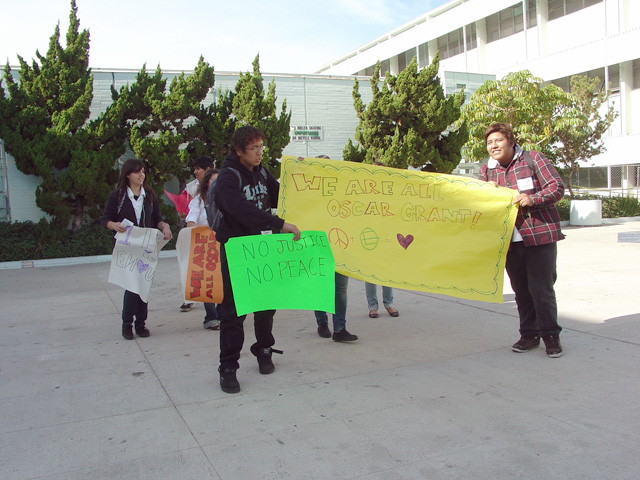 http://indybay.org/oscargrant
§Emploring other students milling around in the distance to join the fight for justice
by dave id Tuesday Jan 12th, 2010 10:03 PM 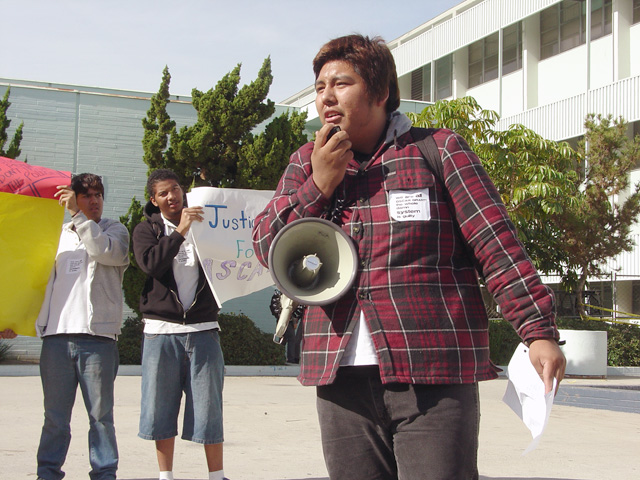 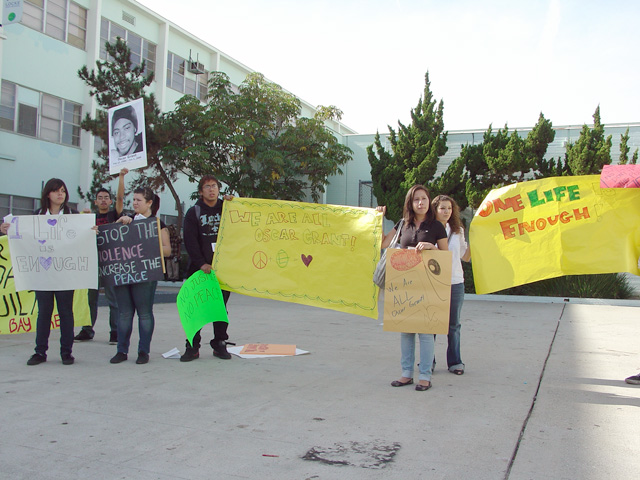 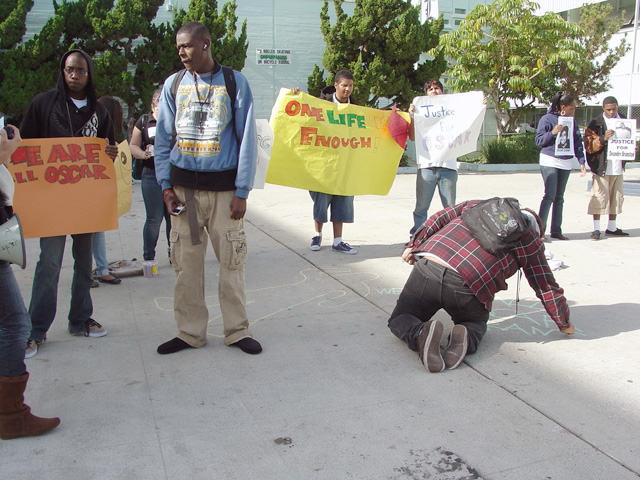 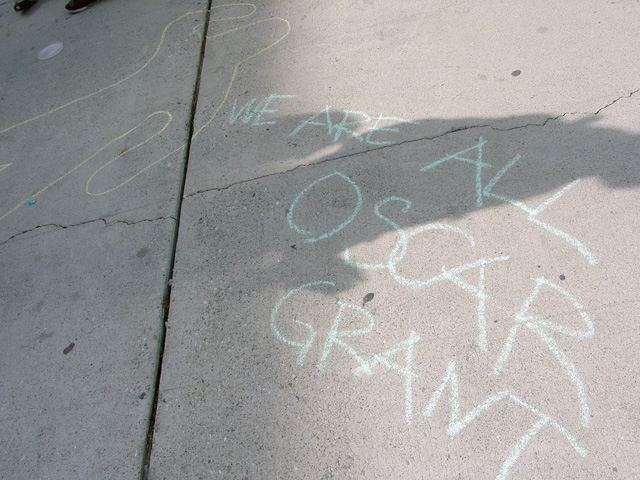 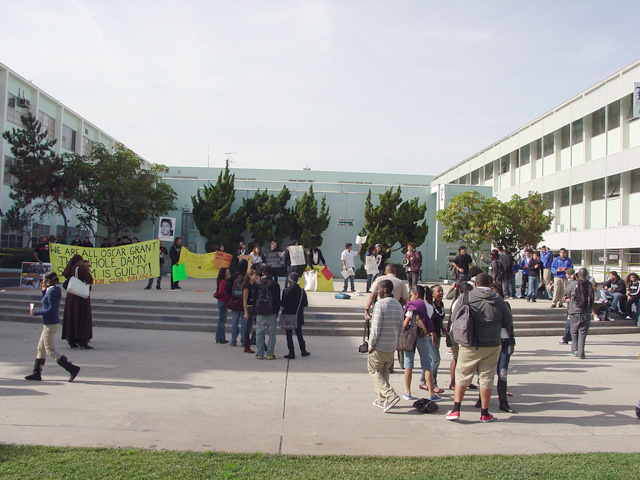 A number of students who came around to see what was happening were capppin' and clownin' on those standing on the platform, not sure what to make of the novelty of this demonstration. Those speaking and holding signs were not deterred. A number of conversations began with those who wandered up about who Oscar Grant was and what the case was all about. Some said they knew people who had been abused or killed by police. In a county where over 310 people have been killed by police since 1999, at least 27 in just 2008 for example, this was not surprising. It didn't take long for bystanders to begin to get what the demonstration was about.
http://indybay.org/oscargrant
§Armed campus security videorecord everyone present
by dave id Tuesday Jan 12th, 2010 10:03 PM 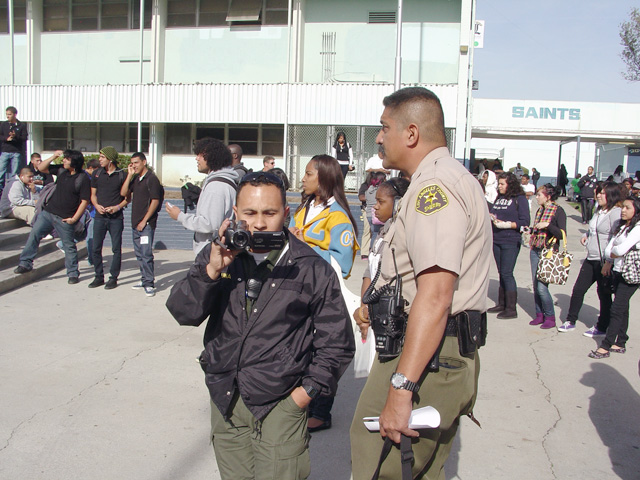 http://indybay.org/oscargrant
§More students start to fill in and the clowning amongst bystanders stops
by dave id Tuesday Jan 12th, 2010 10:03 PM 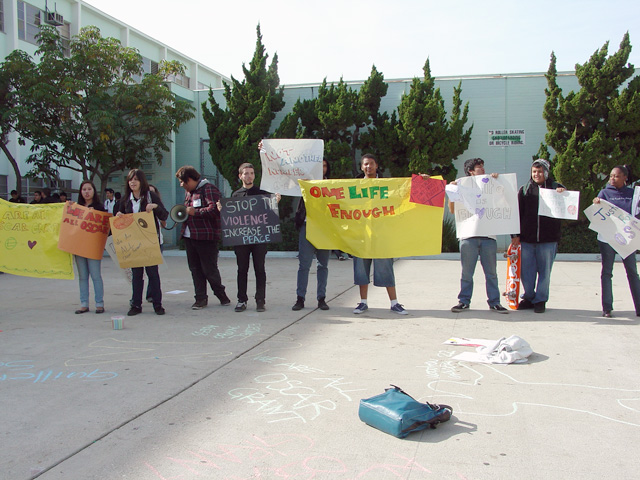 http://indybay.org/oscargrant
§Taking turns speaking about the importance of standing up for justice
by dave id Tuesday Jan 12th, 2010 10:03 PM 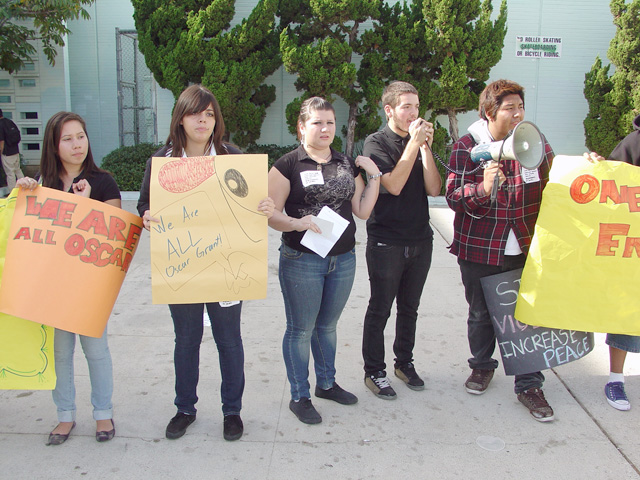 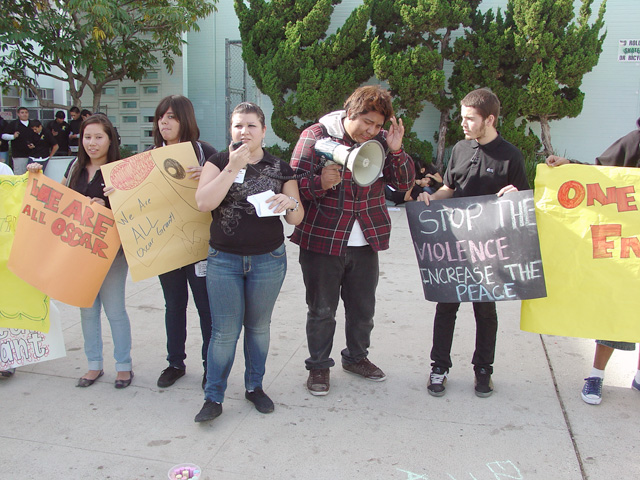 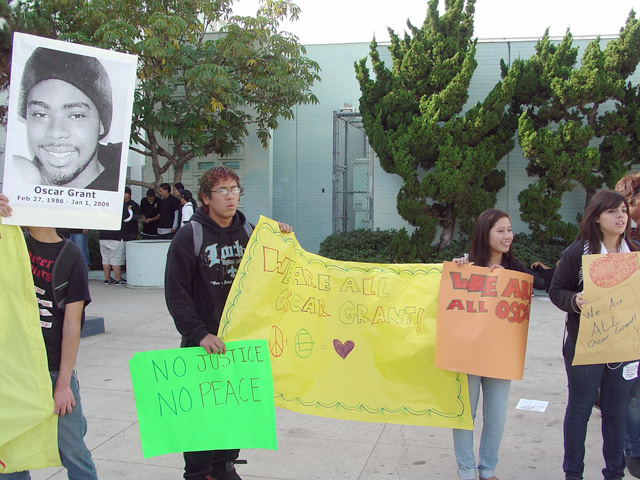 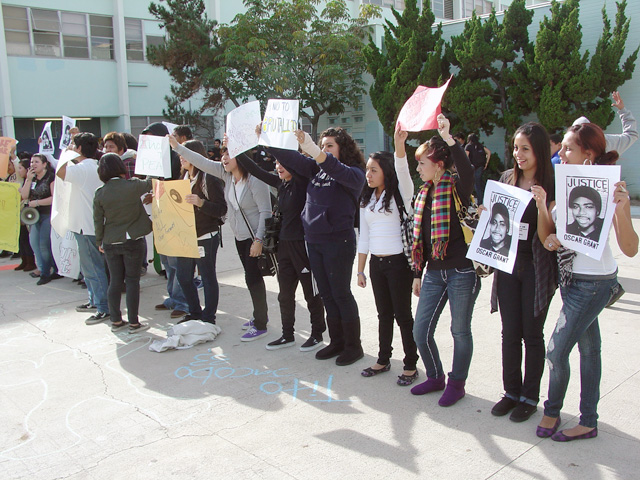 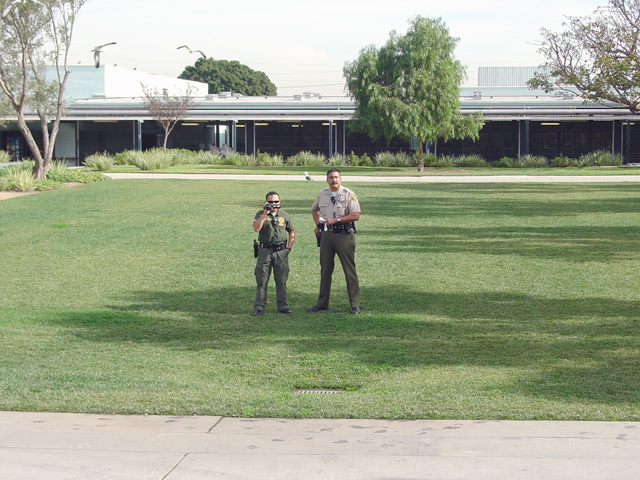 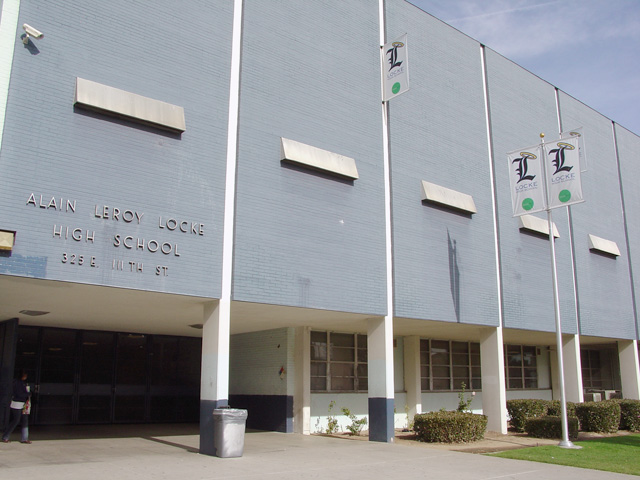