A major earthquake has hit Haïti in the afternoon of Tuesday January 12, 2009. The news came all over the newswire but very few images were able to come out of Haiti because of fallen infrastructures. Internet and cell communications towers were damaged. Electrical poles went down in Haiti and most parts of the capital is in the dark except for the few places that have power generator. We have been able to get the first few pictures that came from twitter contacts and our news crew. 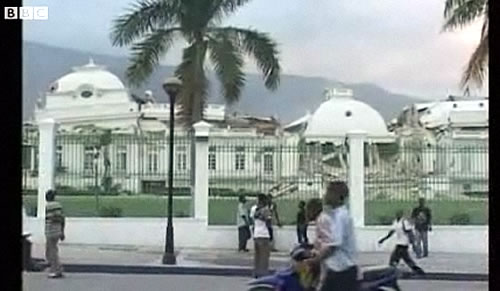 Read More:
http://earthquake.haiti911.com/
Add Your Comments
Support Independent Media
We are 100% volunteer and depend on your participation to sustain our efforts!