by Mike Rhodes (editor [at] fresnoalliance.com)
Photo below: Alan and Charlene Simon live at the Ventura and F street homeless encampment. They did not move when the City of Fresno told them they were being evicted. 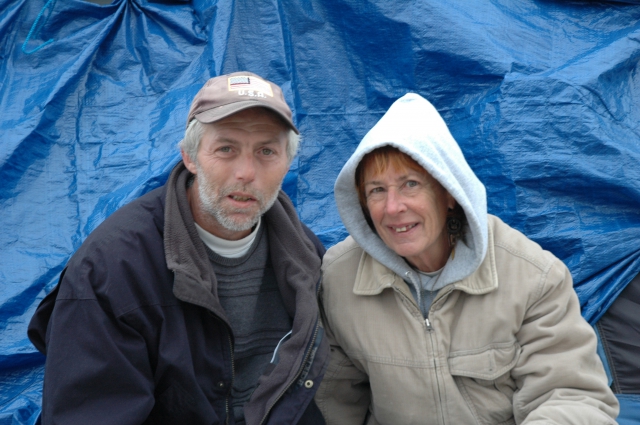 original image (3008x2000)
The City of Fresno was stopped for the second time in a month from evicting the homeless from an encampment at Ventura and F street in downtown Fresno. Last month, the city posted signs saying they were going to evict the homeless 8 days before Christmas. Homeless advocates talked about building a manger scene, with the baby Jesus and Mary. The city backed off from the eviction, probably not wanting video coverage of city workers dragging off the baby Jesus and throwing him into a dumpster.

The victory for the homeless today came after the ACLU presented a letter to a City Council member yesterday, objecting to the city’s due process for the eviction. A copy of the letter is below. The city is claiming that the ACLU letter played no role in their decision to scuttle the eviction, but Fresno ACLU chairperson Bill Simon said “the timing of all of this makes it look like our letter did make a difference.” The City of Fresno settled a lawsuit with the ACLU in 2008 for $2.3 million. That class action lawsuit was filed to stop the city from taking and immediately destroying homeless people’s property.

I interviewed Bill Simon and Phil Connelly, both board members on the local ACLU chapter, on KFCF 88.1 FM this afternoon. That interview, which is below goes into some detail about what happened today. Also below are photos from the Ventura and F street encampment and the location where many of the displaced homeless people moved to when they thought they were being evicted.
END_OF_DOCUMENT_TOKEN_TO_BE_REPLACED
§30 minute KFCF 88.1 FM radio show
by Mike Rhodes
Listen now:
Copy the code below to embed this audio into a web page:
Download Audio (27.4MB) | Embed Audio
This is a 30 minute audio from the January 6, 2010 Stir it Up radio show. Most of it is an interview with Bill Simon and Phil Connelly, two ACLU board members instrumental in stopping the eviction at the Ventura and F street homeless encampment. The show also contains interviews with homeless people at the encampment. 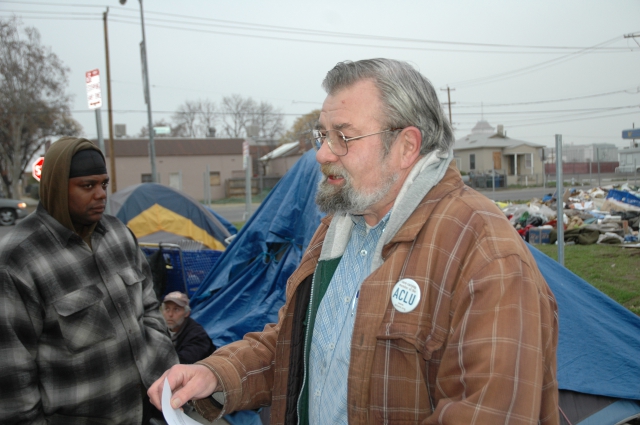 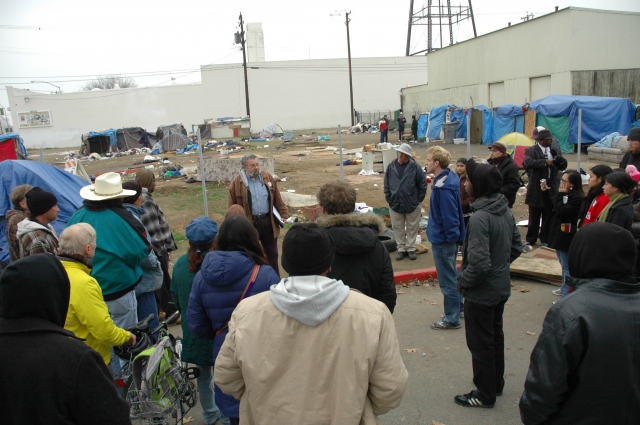 original image (3008x2000)
Bill Simon, speaking to the crowd that gathered to hear about how the ACLU stopped the city from evicting the homeless at Ventura and F street. What is left of the encampment is in the background. Most people moved out before they heard that the city had backed off of their plan to sweep the area.
END_OF_DOCUMENT_TOKEN_TO_BE_REPLACED
§Rev Floyd D. Harris Spoke
by Mike Rhodes 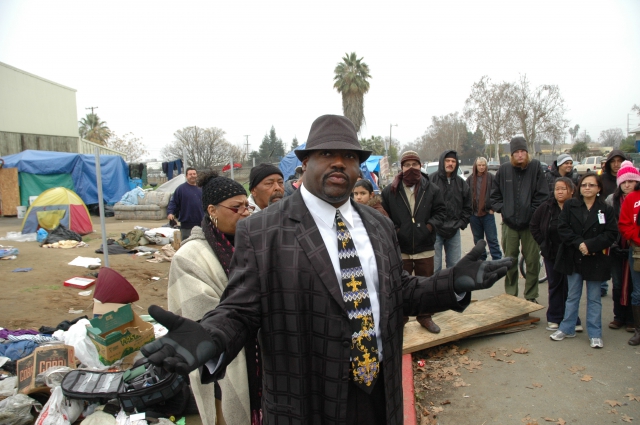 original image (3008x2000)
Rev Harris said the city should stop attacking the homeless and start to provide them with a safe and legal place to camp, drinking water, toilets, and trash pick up. 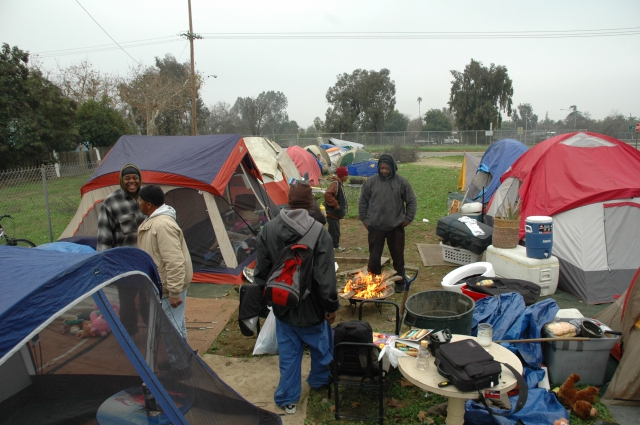 END_OF_DOCUMENT_TOKEN_TO_BE_REPLACED
§The ACLU letter to City Hall
by Mike Rhodes 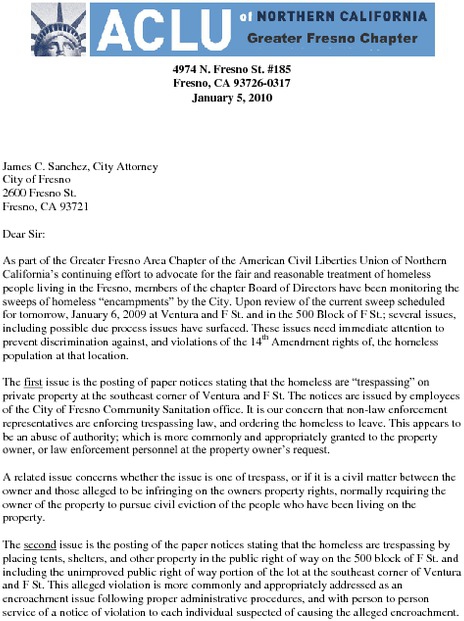 Download PDF (75.7KB)
END_OF_DOCUMENT_TOKEN_TO_BE_REPLACED
Add Your Comments
Latest Comments
Listed below are the latest comments about this post.
These comments are submitted anonymously by website visitors.
TITLE
AUTHOR
DATE
I have to comment to read the comments
alex_c
Support Independent Media
We are 100% volunteer and depend on your participation to sustain our efforts!