Add an Event
Newswire
Calendar
Features
Home
Donate
From the Open-Publishing Calendar
From the Open-Publishing Newswire
Indybay Feature
Publish to Newswire
Add an Event
Related Categories: East Bay | Santa Cruz Indymedia | Police State & Prisons | Racial Justice
Oscar Grant will never be forgotten! Events in Oakland, CA.
by Tomas
Saturday Jan 2nd, 2010 9:31 AM
Jan 1, 2010. On the first anniversary of the murder of Oscar Grant, two important events took place in Oakland including a vigil at the Fruitvale BART Station and a cultural gathering at the Humanist Hall. 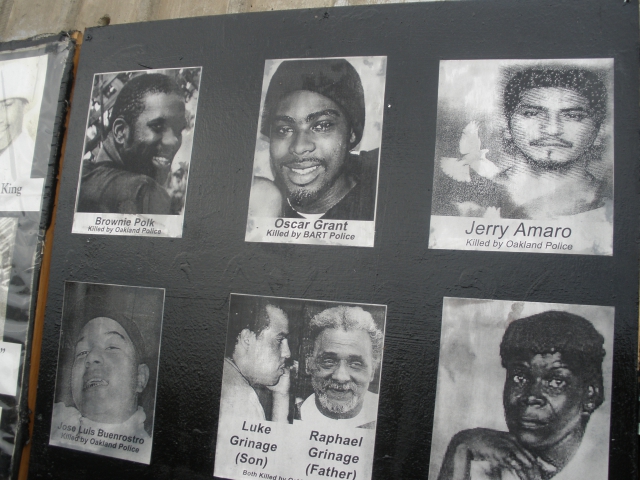 original image (2560x1920)
On Friday, January 1, 2010, two important events took place in Oakland CA to commemorate the savage murder of Oscar Grant by BART police. The first was a vigil for hope and peace, organized by Oscar's family, the community coalition dedicated to his memory and the Faith Community. Baptist, Christian and the Nation of Islam clergy all spoke in the memory of Oscar and for a future of hope, justice and action.

In the evening the community gathered at the Humanist Hall on 27th in Oakland for an artistic, cultural and inspirational night dedicated to networking and education. Many poets, artists, activists, allies and family gathered. Initially, the Oakland Police tried to stop this event due to lack of a permit. Although the event took place on private property, the OPD insisted it was a "special circumstance" event and needed a permit. In the end, JUSTICE prevailed and the event went on, building the movement stronger in spite of the struggles we face.

The coalition is looking for people who would like to work on the campaign for Oscar Grant in upcoming weeks. They will need people both in the Bay Area and in LA. Even if you have an hour a week to dedicate, it can help immensely. Send an email to: generalassembly [at] anomie.info for more information. 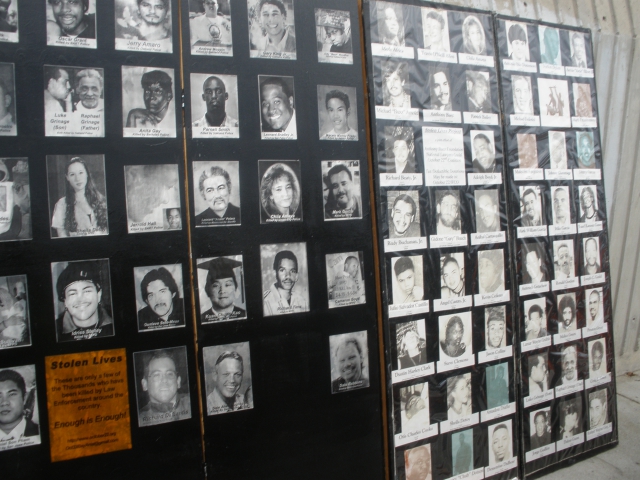 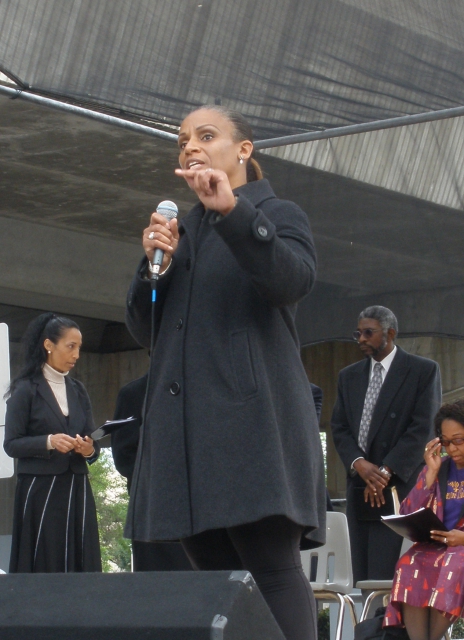 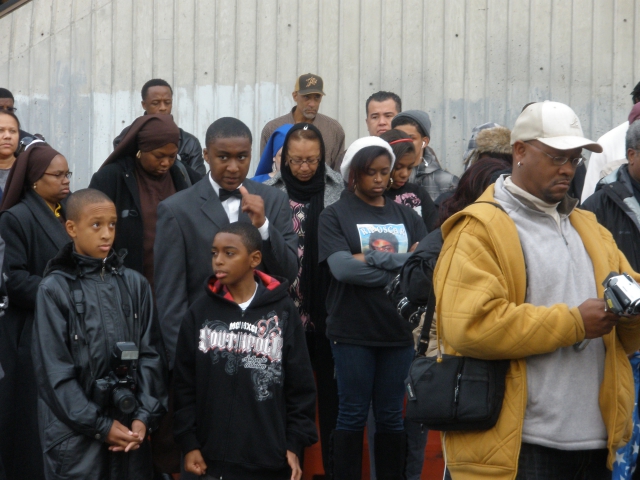 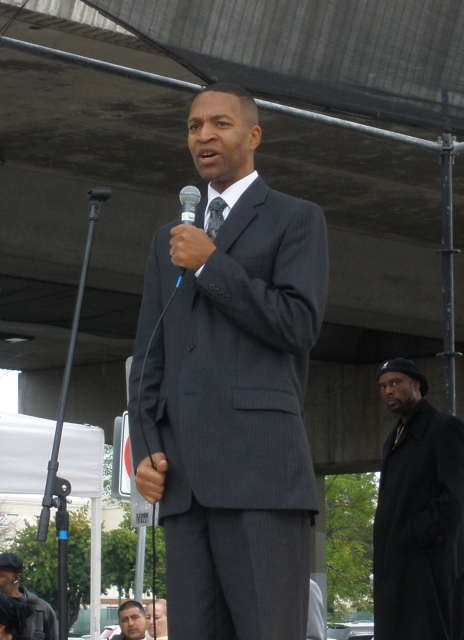 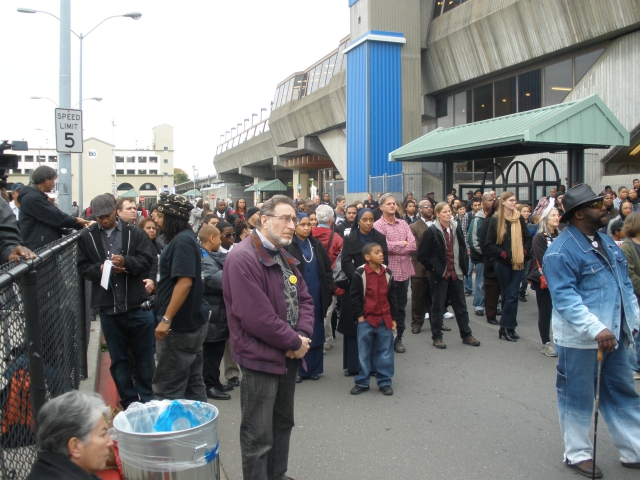 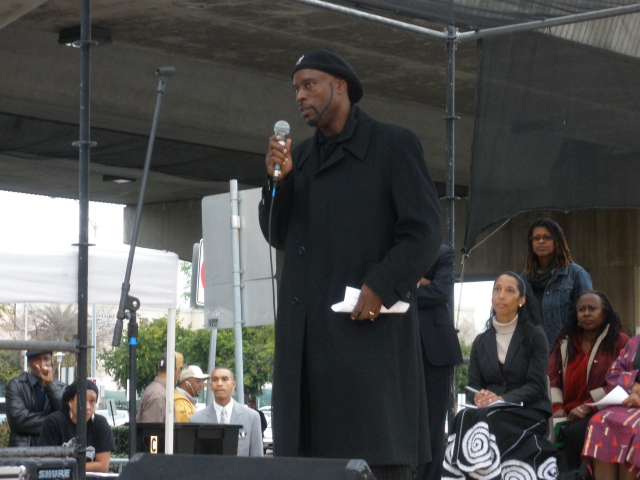 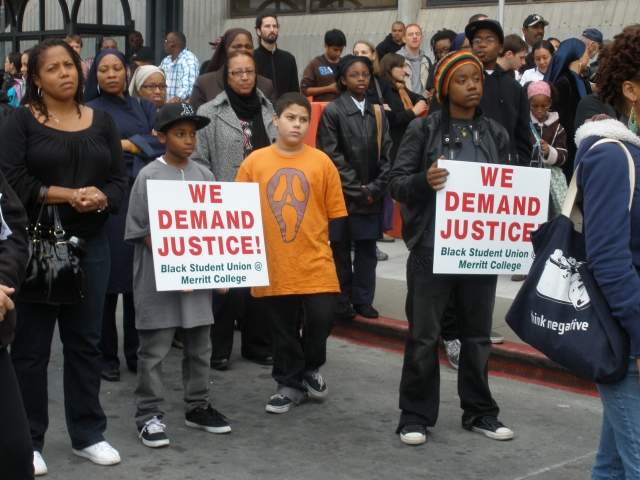 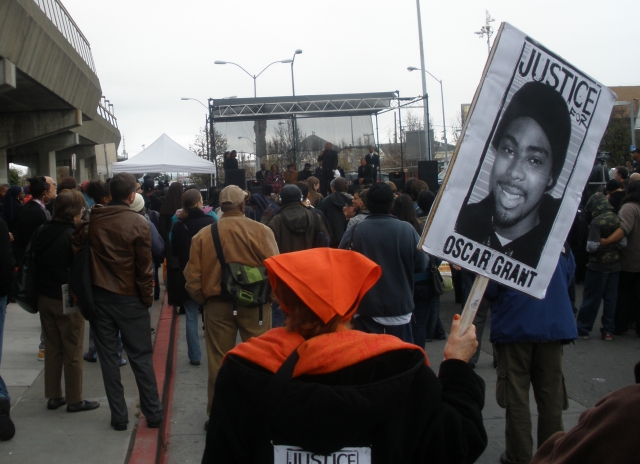 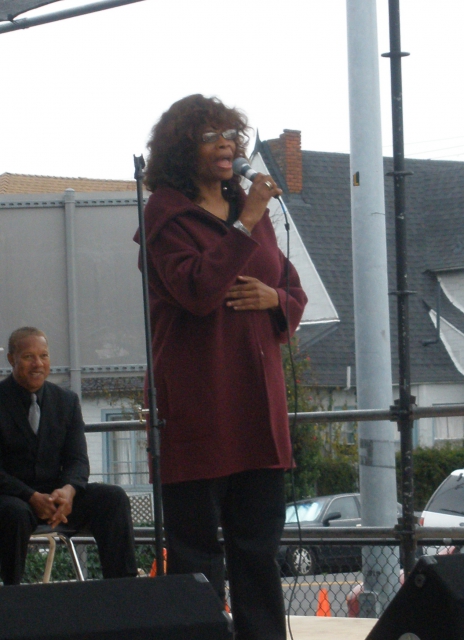 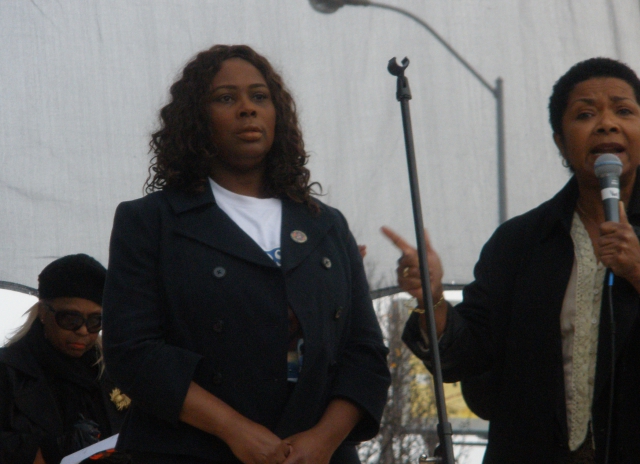 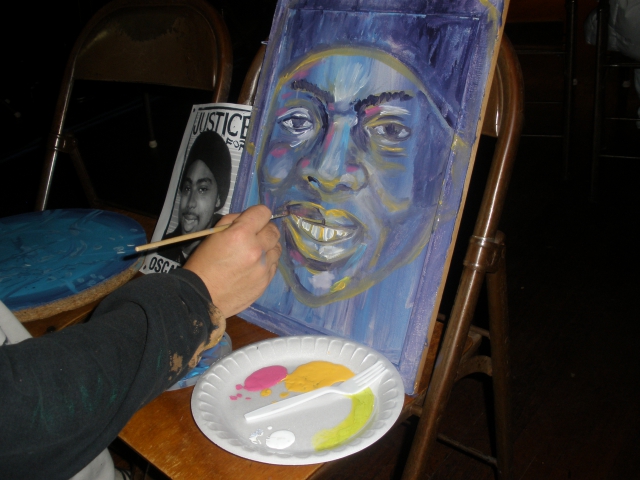 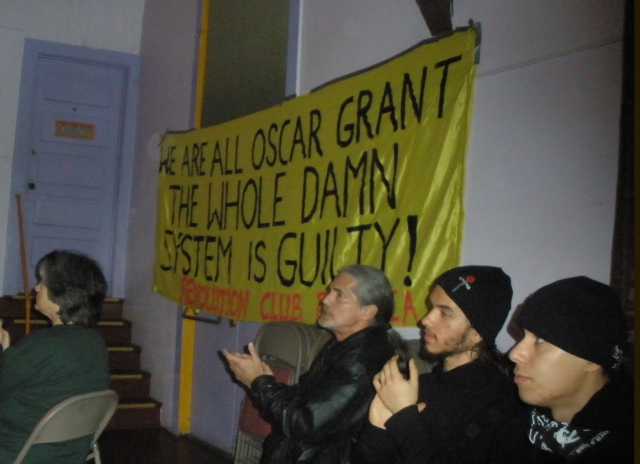 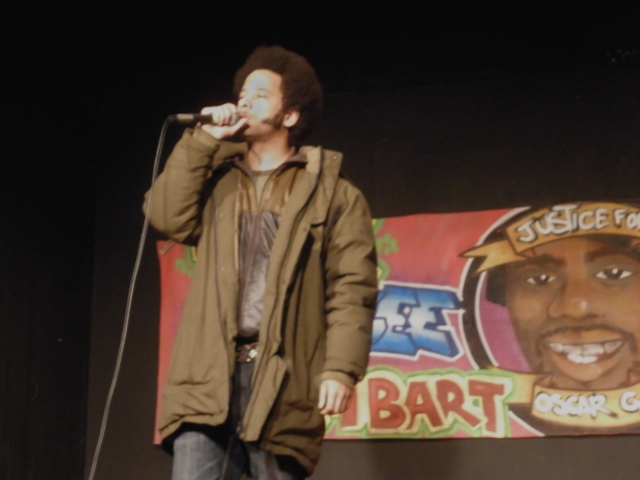 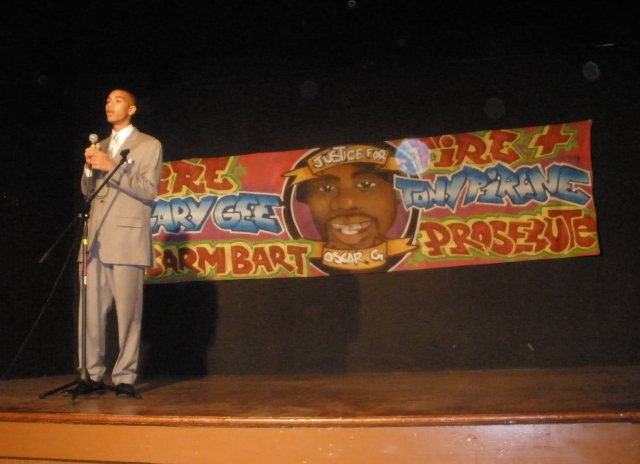 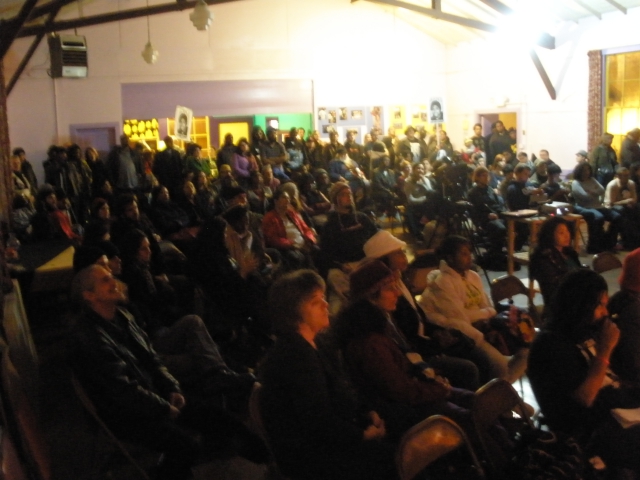 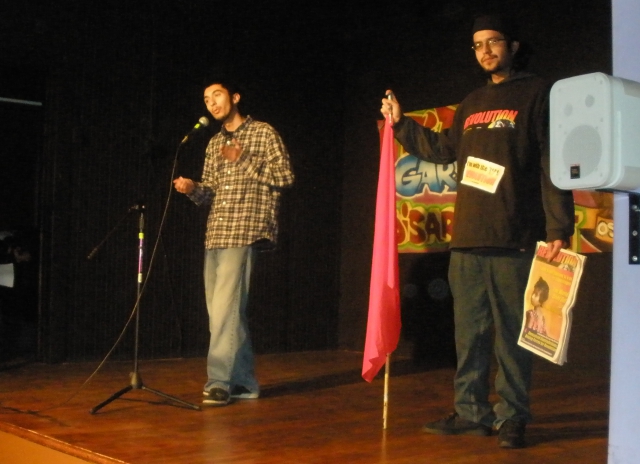 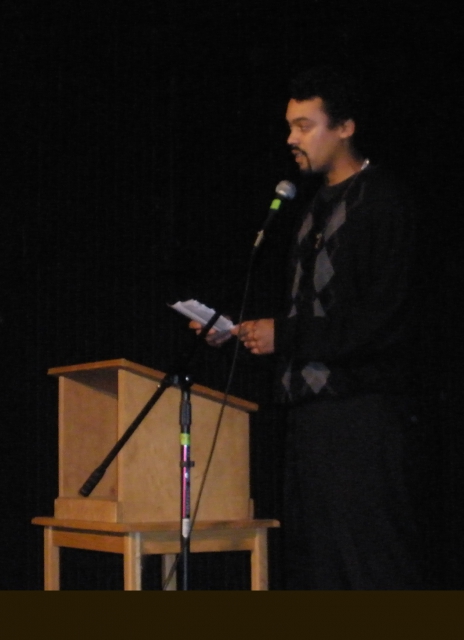 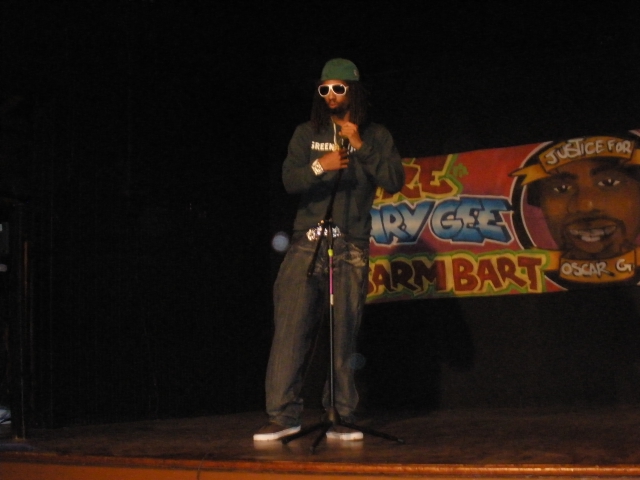 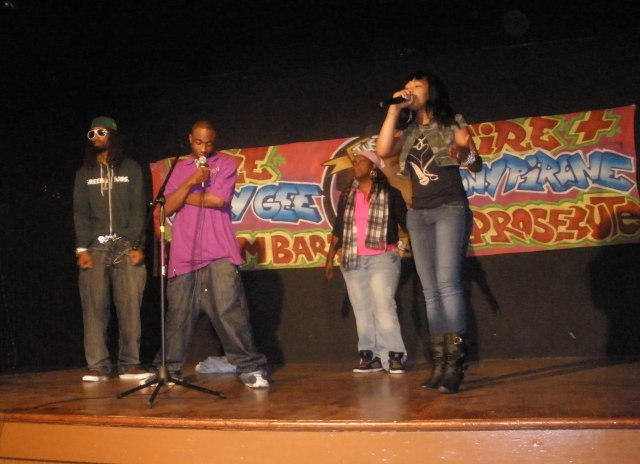 §Oakland Tribune and Channel Two News had reported --
by Puzzled supporters of justice for Oscar Gra
Saturday Jan 2nd, 2010 11:51 AM
--- That the Grant family and BART mgmt. had issued a joint statement praising all the ''progress that the BART police had made in the past year '' and spoke against any ''protest ''.
We were unable to be at the Fruitvale rally . So is the above true and was that reflected in the speeches etc. ?
We sure hope not .
Add a Comment
§probably, but...
by not unusual, so...
Sunday Jan 3rd, 2010 5:48 PM
While I was not there, I have been in contact with a number of folks involved in Friday's events, and what you say about what was reported is likely true, as it is not unusual for family members of victims of police violence to feel that they have to say things like that, especially with both the trial and civil suits pending. But more importantly, it is also about what gets reported... I am sure that while that was a position voiced by family members (and probably a few of the usual others - elected officials, and non-profit folks tied to city moneys, etc.), it was definitely not representative of all positions present. The media obviously has its own vested interest in only reporting the family's perspective, which is seen as more "authentic" (though this formulation is problematic) and to prevent protests given the real anger that continues to exist around the broader issue, Police Violence, that is really what's at stake beyond just Oscar Grant's murder. While the family's position is, after all, legitimate and understandable given the circumstances, but it SHOULD NOT be taken as definitive of either the mood of people or the future direction of any actions to hold BART and other police accountable for murder, violence, and brutality.
Add a Comment
§like gary
by ..
Wednesday Jan 6th, 2010 2:56 PM
and the gary king thing. money is paid but cops not accountable. still like slavery,the african dies but you get a million dollars for getting rid of one more negro. donate the millions to the poor and release racist cops from society, dont take their bnlood money mr. king. or give it to the poor.
Add a Comment
Support Independent Media
We are 100% volunteer and depend on your participation to sustain our efforts!