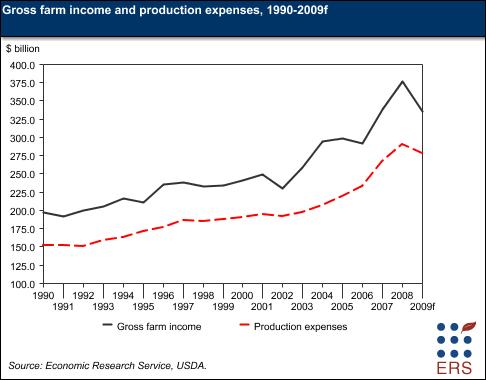 The "Astroturf" campaign by corporate agribusiness to build a peripheral canal and more dams to increase Delta water exports has relentlessly promoted the myth that crops grown on drainage-impaired land on the west side of the San Joaquin Valley "feed the nation" or "feed the world."

The corporate media and even some "alternative" media outlets have bought into this myth in their coverage of the California water wars, portraying the conflict as one between hard-working farmers like those portrayed in the classic Grant Wood painting who only want "feed America" versus "radical environmentalists" who want to protect a "minnow" like the Delta smelt.

The comments of Sean Hannity, in "The Valley Hope Forgot: California Farmers at Obama's Mercy" show on Fox TV News on September 18, are typical of those that perpetuate the myth that west side San Joaquin Valley farmers "feed America."

"You are the farmers that have sustained the entire country for decades," said Hannity, surrounded by hundreds of west side growers, bused-in farmworkers and Central Valley Tea Party activists. "We have generations of farmers here. And they are losing their farms. We have hundreds and hundreds of thousands of acres. We literally have — I met people earlier that now are on food lines because their farms have been shut down."

Paul Rodriguez, comedian and chair of the Latino Water Coalition, a front for corporate agribusiness, echoed Hannity's comments. "This is the San Joaquin Valley. This is the land of Canaan. This is the most fertile valley on the planet. This valley would feed the world," Rodriguez said.

However, an examination of the actual economic data compiled by the U.S. Department of Agriculture (USDA) reveals that there is no basis in fact for the contention that west side farmers are the "backbone" of American agriculture. According to a USDA Chart, US gross farm income in 2008 was around $375 billion.

"That means Westlands' contribution to the nation's food supply (and exports) is about a quarter of a percent," said Lloyd Carter, veteran investigative journalist.

According to the USDA, net farm income is forecast to be $57 billion in 2009, down $30 billion (34.5 percent) from 2008 (http://www.ers.usda.gov/Briefing/FarmIncome/nationalestimates.htm). The 2009 forecast is $6.5 billion below the average of $63.6 billion in net farm income earned in the previous 10 years. Still, the $57 billion forecast for 2009 remains the eighth largest amount of income earned in U.S. farming.

"The US gross farm income in 2008 was $375 billion and average net income is $63.6 billion," said Carter. "In other words, the net is about one-sixth of the gross. That means Westlands actually is netting about one-sixth of its claimed $1 billion in farm revenues, or about $150 million a year."

Carter noted that if you take away the water, power and crop subsidies, you drop that true net increase quite a bit further. The Environmental Working Group estimated Westlands' annual subsidies in 2002 at $110 million a year.

"That means the true net of the Westlands, when you take away all the government giveways may be only $30-40 million," he concluded. "Now, if you subtract the anticipated costs of drainage and make Westlands pay for their own waste disposal, they may actually not be generating any true wealth out there at all, except what the government gives them."

"Irrigation of these soils has led to high concentrations of these pollutants draining via surface and subsurface flow to the San Joaquin River," said Jennings. "Efforts to control these toxics led to the creation of Kesterson Reservoir and the disaster where selenium poisoning led to thousands of deformed birds. Kesterson Reservoir was ordered closed by the State Water Board in 1985, but drainage from Westlands continues to discharge to the San Joaquin River at levels that are highly toxic to fish."

Here's the point, according to Carter. "We all keep hearing about how Westlands 'feeds the nation' or even more preposterously, 'feeds the world.' They continually conflate themselves with the entire San Joaquin Valley or the entire state of California, which even then (at about $34 billion) is still less than 10 percent of national gross agricultural output."

Carter and other environmental water justice advocates are wondering why Leslie Stahl of CBS' 60 Minutes didn't examine this angle when she covered California water politics in her poorly-researched report on Sunday, December 26.

When you consider Carter's estimates that Westlands' contribution in gross income to the nation's food supply (and exports) is about a quarter of a percent - and that the true net value may be only $30 million to $40 million, once government subsides are considered - the claims by corporate agribusiness and media pundits that drainage impaired land on the west side of the San Joaquin Valley "feeds the nation" are simply not true.

The false claim that any cuts to water supplies for west side San Joaquin Valley agribusiness will prevent them from "feeding the nation" has been cited by corporate agribusiness, the Association of California Water Agencies (ACWA), Governor Arnold Schwarzenegger and Senator Dianne Feinstein as a key reason for the "necessity" to build the peripheral canal on the California Delta and Temperance Flat and Sites reservoirs. This myth has also been employed by Schwarzenegger, Feinstein and Central Valley Representatives to launch their administrative and legislative attacks on the federal biological opinions protecting Delta smelt, Sacramento River chinook salmon, Central Valley steelhead, green sturgeon and southern resident killer whales under the Endangered Species Act (ESA).

The absurdity of the campaign to build more dams and the peripheral canal, a project estimated to cost anywhere from $23 to $53.8 billion, and to strip ESA protections for Central Valley salmon and other species becomes very apparent, now that a review of the USDA data has dispelled the myth that drainage impaired land, irrigated by subsidized water, "feeds America."