Several people inquired about the motivation behind Santa and the elf, assuming there was an organization or cause seeking publicity and donations. However, the motivation was solidarity and mutual aid within the community, and it was accomplished through direct action. There was no involvement, or ulterior motives, from any charity, non-profit or civic organization. 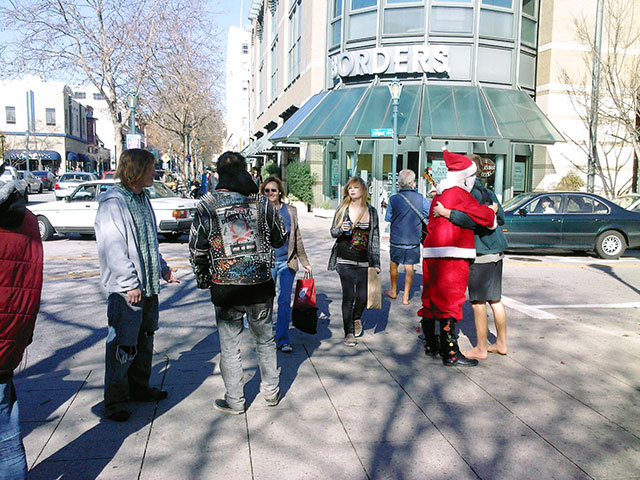 The event announcement on the Santa Cruz Indymedia calendar states,

"Santa Cruz has a complicated relationship with homeless people. Recently there has been a movement to rid downtown of these folks in time for the holiday shopping season. This comes as the rainy season has hit and the temperatures have dropped below freezing on a couple of nights. It is illegal to sleep outside (tickets are plentiful) and rangers trash homeless' belongings when camps in wooded areas are discovered. The excessive amount of tickets written to homeless folks downtown sends the message that they are not welcome. Santa Love would like to send the message that they are welcome and loved." 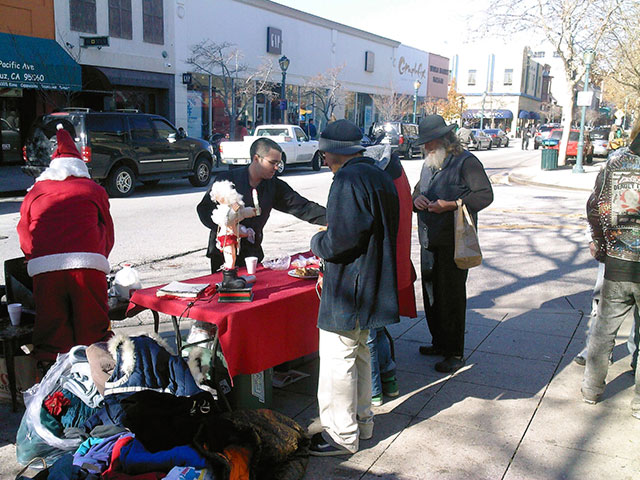 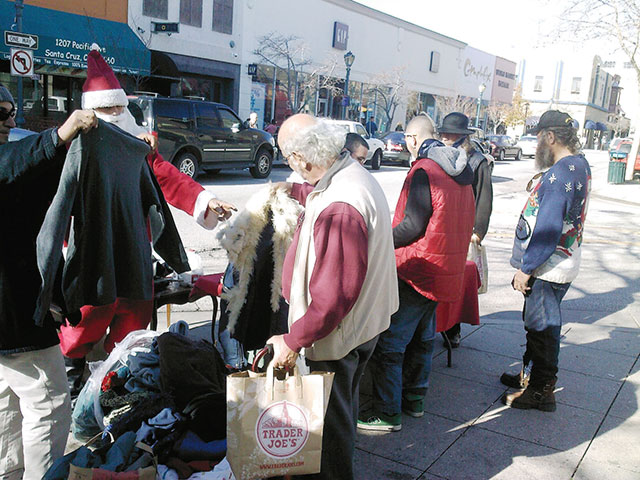 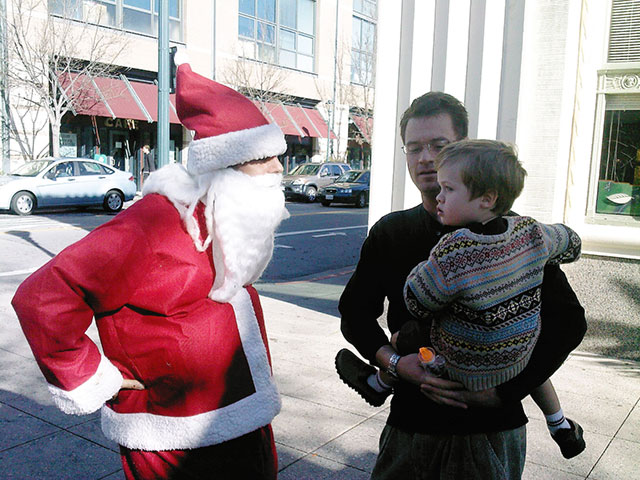 A request is put in for a blue transformer. Santa says to be kind to people.
§Santa Love in Santa Cruz
by ~Bradley Sunday Dec 20th, 2009 4:16 PM 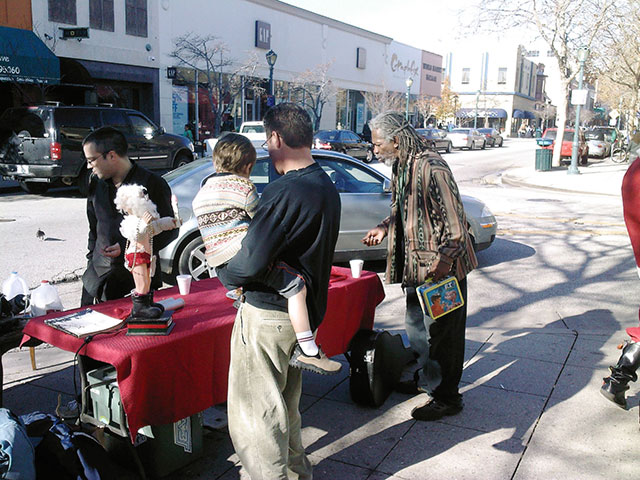